from short trips to traveling the world & living abroad

Where to Live in Berlin – 10 of the Most Popular Neighborhoods

Are you thinking about moving to Berlin? Do you want to know what the best neighborhoods in Berlin are to live? Then this article is for you!

There’s New York, there’s London and, of course, Paris. We all know the big cities around the world that everyone at some point says, “I want to live there one day!”.

Living here myself I might be a bit biased, but I genuinely believe that Berlin is becoming one of those cities.

Compared to all the other bigger places around the world, Berlin is affordable, progressive, unique, and fun.

Also Read: Interview With an Expat About Life in Berlin

If you’re considering moving to Berlin, hopefully this list can help you navigate the plethora of neighborhoods that this amazing city has, to decide where to live in Berlin. Trust me – there’s somewhere for everyone.

In the list below you’ll find 10 of the best neighborhoods in Berlin, popular for different reasons.

Where to Live in Berlin – 10 Popular Neighborhoods Kreuzberg – where to live in Berlin

This is the most gentrified, up and coming, and trendy neighborhood in Berlin.

Apart from being a great neighborhood for younger generations who enjoy a good party, Kreuzberg is also great for those looking for the most unique and diverse community in the city.

This neighborhood was once known as the “unsafe, migrant area,” populated with squatters. But, it has drastically changed and is now an artistic, trendy neighborhood with plenty of nightlife.

It is definitely more loud and fast-paced than other parts of the city, so it is better for someone who isn’t looking for it to be quiet after 10 pm.

Kreuzberg definitely has a “lived-in feeling,” and some might think it’s rough around the edges. There is a lot of speculation about whether Kreuzberg is entirely safe, but the most common problem I’ve ever heard of is someone trying to sell you weed on the U-Bahn, or maybe some creep staring a little too long on the street.

Note: Nearby Friedrichshain is a neighborhood that is somewhat connected to Kreuzberg and has about the same reputation.

Similar to Kreuzberg, Neukölln is also a diverse neighborhood, with an eclectic mix of old and new styles and foods; edgy but trendsetting.

Both neighborhoods have the largest Turkish communities in the city and have some of the best Middle Eastern restaurants around.

Both of these neighboring areas are really similar, so if you are looking for where to live in Berlin and you like one of these areas, you’ll probably love the other too.

Best Neighborhoods in Berlin for Families:

This is where I live (and it’s my favorite neighborhood too, but I’m a little biased!).

While I’m a younger 20-something who loves the fast-paced feeling of a big city, I still love, love, love Schöneberg.

Side note: This is the part of town where David Bowie used to live, and US President John F. Kennedy gave his famous “Ich bin ein Berliner!” speech.

I enjoy how peaceful and safe I feel here, and I really like the smaller dive bars and local, cozy restaurants on Akazienstraße and in Winterfeldtplatz.

Schöneberg is the perfect blend of quiet and residential, yet still feels like central Berlin. It is more of a family-oriented neighborhood, and it’s not uncommon to see lots of children and families out on bikes or in the neighborhood.

I wouldn’t pick this area if you’re a massive clubbing person, but this area has some really, really cool dive bars and speakeasies (If you can find them!). And if you check out the north end towards Nollendorfplatz (The U-Bahn station name), there is a large LGBT+ community.

Prenzlauer Berg is considered a well-off neighborhood in Berlin that is great for both families and singles alike.

Some locals have quite mixed reviews of “ PBerg ” for being too family-oriented, while some think it is overly gentrified and bohemian.

However, this neighborhood can become exactly what an individual is looking for. It is also one of the nicer, more well-maintained neighborhoods in Berlin with superior infrastructure. That, however, does make it a little more pricey.

Best Neighborhoods for the Suburban or Outdoorsman: Zehlendorf is a suburban community with a lot of outdoor options for those who love kayaking, running, swimming, nature walks, etc.

However, it’s a little more high end, so if you want something that is more budget-friendly, then check out the northern half of the city. (ex: Reinickendorf and Wedding).

If budget isn’t really a problem, then my next neighborhood recommendation, Lichterfelde, is also great.

where to live in Berlin: Lichterfelde – picture by Architeckt

Located on the outskirts of Berlin, Litcherfelde is a suburban upper middle class neighborhood.

It’s known for being very residential, but it still maintains a nice plethora of parks and gardens that allow for outdoor activities.

Due to its strong reputation within Berlin, the highly sought after community is relatively expensive and might be better for larger families looking for a single-unit home. 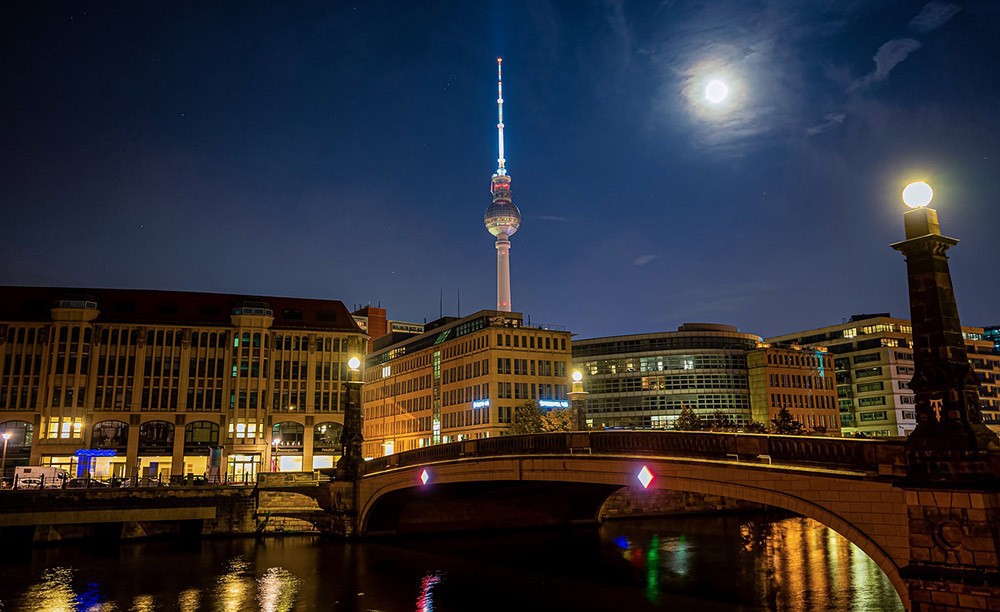 Mitte is the exact central part of Berlin, and it’s where the history of the city is the richest. This means it also hosts a lot of the most famous monuments and tourist attractions.

It’s one of the most expensive neighborhoods in this part of Berlin but the housing in the area has always been really superior.

Mitte is compact and everything is really easily accessible from there. But, if you’re interested in seeing more of an authentic, less touristy side of Berlin, maybe check out another neighborhood in Berlin.

This is the area where castles meet shopping malls meet the zoo and more.

Located in West Berlin, it’s a mixture of residential and urban. It’s also home to the Berlin Opera, Charlottenburg Palace, and Grunewald Park which is one of the largest parks in the Western half of the city.

Charlottenburg is one of the more expensive neighborhoods in Berlin, similar to Prenzlauer Berg and Mitte. Located just north of Mitte, and just east of Tegel Airport, Wedding is a great, cheap alternative for housing costs compared to its neighboring boroughs.

It is known as a fine place to live for those looking for more affordable options, but there are not a lot of streets or places worth checking out here.

Thankfully, Berlin public transportation is known for being really reliable, so it doesn’t take long on the U6 to go further south.

A frequent complaint I’ve heard from friends who live in the area is the lack of silence as the neighborhood is within spitting distance of Tegel airport, and the planes can be quite irritating.

Also, it’s not known for being the most aesthetic or well-developed areas of Berlin, and there are a lot of industrial plants and factories.

Similar to its neighbor, Wedding, Reinickendorf offers a residential lifestyle with nearby lakes. But at the same time, it also has the noise from Tegel Airport and large industrial factories that remind its inhabitants of its proximity to the city.

There is not much to do in Reinickendorf and it’s really known as a place to live and not really to explore. Some might like the nearby outdoor opportunities in the northern outskirts, but it’s most popular to flock to the south of Berlin instead.

This neighborhood is a budget-friendly option but you might find yourself commuting to other boroughs for nightlife and things to do.

Final Notes About Where to Live in Berlin

You can find many furnished apartments for rent in Berlin which make your move to the city a lot more convenient.

Once you’ve found a neighborhood you generally like, I recommend doing more research to find out everything you want to know about this area.

There really isn’t any particular neighborhood in Berlin to avoid completely, but some definitely have more of a rougher reputation than others. Despite the fact that they might be a little dubious, that absolutely doesn’t mean you should rule them out immediately. What might not be recommended for someone else might be totally fine for you.

Overall, Berlin is a very safe city. But of course, obvious crime that is likely to occur in any other large city also happens here (i.e. pick-pocketing, mugging, bike thievery, etc.).

While Berlin is an affordable city to live in, the prices of rent have skyrocketed over the past years and are continuing to rise. There is a new rental cap law within Berlin city limits in order to manage the inflated costs. Therefore make sure to keep up with current events regarding this while searching for your next place to live.

No matter what kind of lifestyle you’re looking for, Berlin absolutely has everything you need.

I hope this article has helped you decide where to live in Berlin and that you’ll enjoy the city as much as I do!

Like this article about the best neighborhoods in Berlin to live? Pin it!