In this article, I want to share with you some interesting facts about the Japanese and facts about Japan.

Japan, with a population of roughly 126 million, is an island nation in the Pacific Ocean with high-rise-filled cities, imperial palaces, mountainous national parks and thousands of shrines and temples.

At first glance, you might see Japan as just a modern, Westernized country with large, crowded cities and an awful lot of people in business suits… But this country gets a lot stranger than that!

Also Read: 8 Things Not to Miss For Food Lovers Traveling to Japan

Check out these fun, sometimes useful and often really surprising facts about Japan and the Japanese.

2. Japan has a ‘suicide forest’. Called ‘the perfect place to die’, the Aokigahara forest has the unfortunate distinction of the world’s second most popular place to take one’s life. (The first is the Golden Gate Bridge)

3. Animated Japanese films and television shows (i.e.: Anime) account for 60% of the world’s animation-based entertainment. So successful is animation in Japan, that there are almost 130 voice-acting schools in the country.

4. 21% of the Japanese population is elderly, the highest proportion in the world. Japan has more than 50,000 people who are over 100 years old.

5. Raised floors help indicate when to take off slippers or shoes.

6. Japan has just 2 gun-related homicides per year on average. Japan feels very safe in general. They say you could leave your wallet on the floor of the busiest metro station and come back an hour later to still find it there, untouched. I didn’t test that though…

7. Japanese trains are among the world’s most punctual: their average delay is just 18 seconds!

8. Square watermelons are grown by Japanese farmers for easier stack and store. 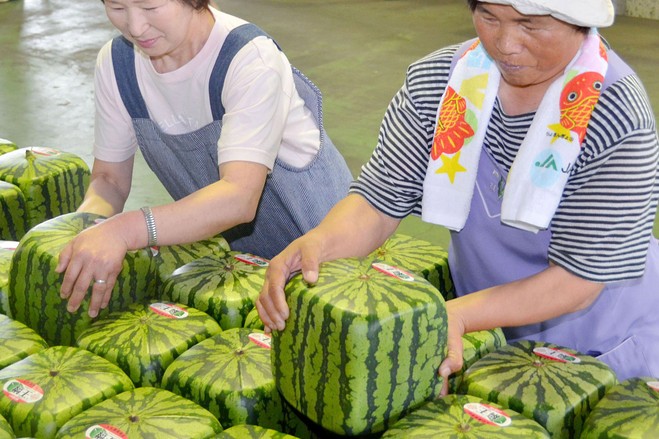 9. In Japan there are more pets than children.

10. Japan’s birth rate is so low that adult diapers are sold more than baby diapers.

11. The Japanese survivor of the Titanic was called a coward in his country for not dying with the other passengers.

12. In Japan there are ‘Maid Cafes’ where waitresses dressed in maid costumes act as servants, and treat customers as masters (and mistresses) in a private home, rather than as café patrons.

13. Around 24 billion pairs of chopsticks are used in Japan each year.

14. 685 kids were rushed to hospitals in Japan in 1997 after an intense pokemon episode that caused dizziness, vomiting, and seizures.

15. Japan has 5.52 million vending machines offering anything from soda to sex toys and live crabs. 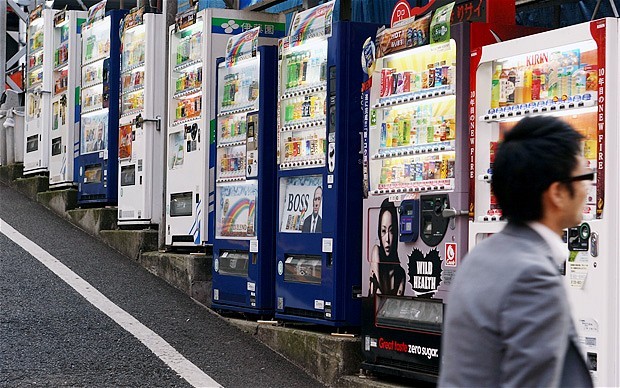 17. Many hot springs and public bathhouses in Japan ban customers with tattoos from entering because they see it as possible affiliation with gangs.

Also Read: Things to Know About Life in Japan

18. They use more paper for comics than for toilet paper in Japan.

19. Sometimes the trains in Japan are so crowded railway staff are employed to cram passengers inside.

20. If you commit suicide in Japan by jumping in front of a train, the family of the deceased will be charged a disruption fee.

22. Norway introduced salmon sushi to the Japanese in the ’80s.

23. In Japan, there is a ‘crying sumo’ contest where wrestlers compete to see who can make a baby cry first. 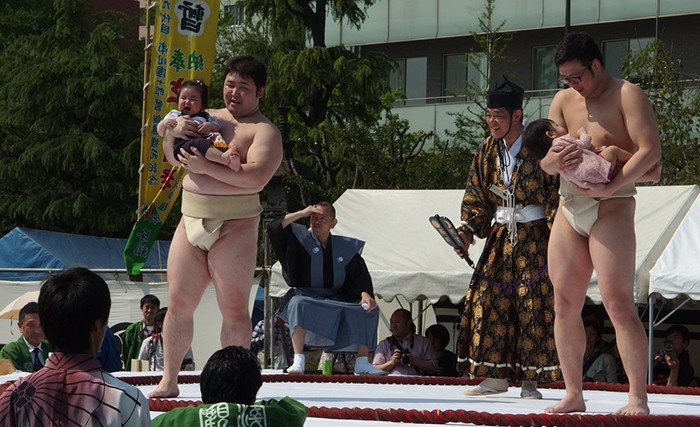 24. Coffee is so popular in Japan that Japan imports approximately 85% of Jamaica’s annual coffee production.

25. Most toilets in Japan have a built-in bidet system for spraying your backside. These are known as washlets and are now the norm in homes and nicer restrooms.

However, in some train stations and other public restrooms you may still find the traditional Japanese “floor toilet”.

26. When you use the restroom in someone’s home you may need to put on designated bathroom slippers so as not to contaminate the rest of the home.

27. Noodles, especially soba (buckwheat), are slurped somewhat loudly when eaten. It has been said slurping indicates the food is delicious. The slurping also serves to cool down the hot noodles for eating.

28. In a Sumo training “stable” the junior rikishi Sumo wrestlers must wash and bathe their senior sumo wrestlers and make sure their hard to reach places are clean.

29. Ovens are not nearly as commonplace as rice cookers in Japanese households.

30. Geisha means “person of the arts” and the first geisha were actually men. 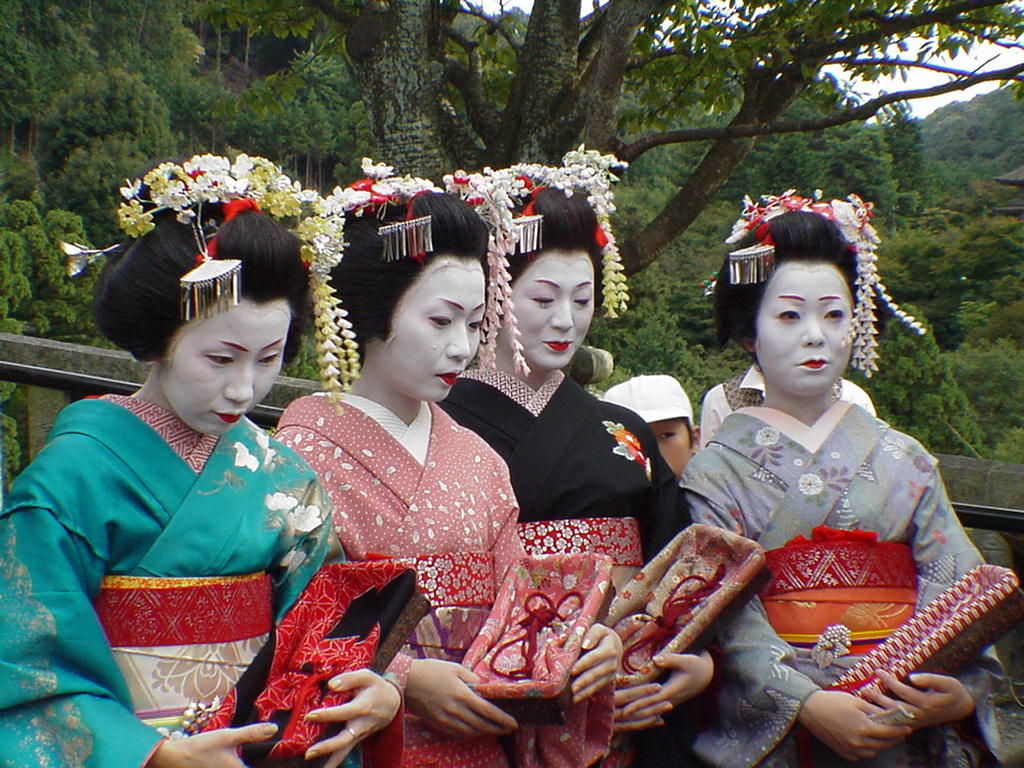 31. In Japan non-smoking areas were, and often still are, difficult to find in restaurants, including family restaurants.

Many of Japan’s politicians have an interest in the tobacco industry.

In April 2020 however, Tokyo was the first city in Japan to, finally, implement a smoking ban.

32. There is almost no immigration in Japan. The population is 98% ethnic Japanese.

34. The greater Tokyo area is the largest metropolitan area in the world, with over 35 million people. 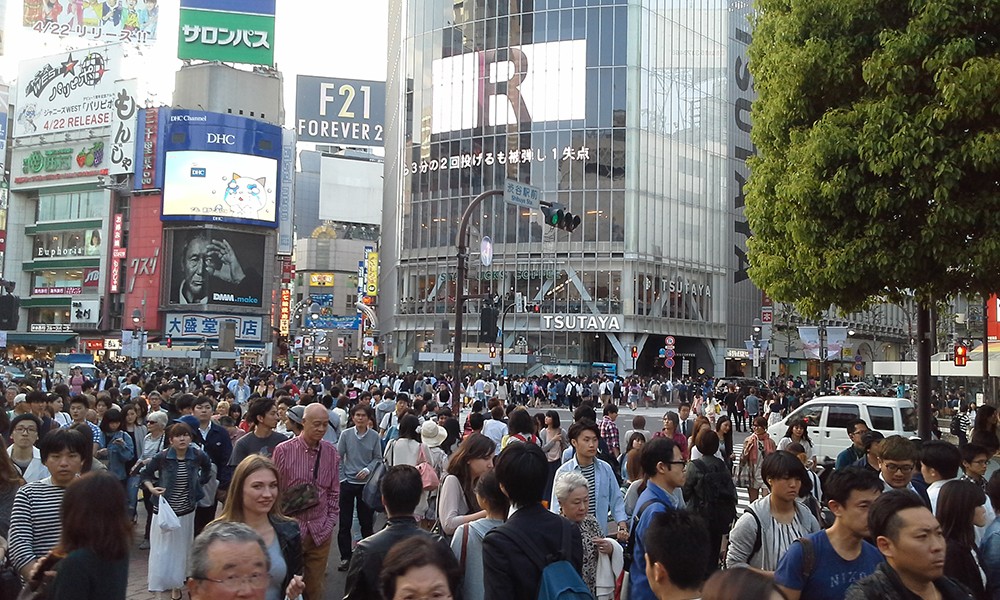 35. Tokyo is the second most expensive city in the world to live in.

36. Sushi used to be eaten as street food.

38. It’s considered inappropriate to blow your nose in public.

39. Japanese sake is made from fermented rice.

40. The fortune cookie dates back to the 19th century and was first made in Kyoto, Japan.

Inspired? Put Japan on Your List of ‘Must-Visit Countries’, It’s Worth It!

I hope you enjoyed these facts about Japan and that it has inspired you to visit this unique country someday!

Japan is truly unique and if you want to experience something different I’d recommend spending at least three to four weeks traveling through Japan, talking to local people as much as you can (the Japanese are very friendly and often speak good English) and really experience the Japanese culture to its fullest.

And, unlike what many people believe, Japan doesn’t have to be an extremely expensive country to visit. Use Airbnb or VRBO

to find great places to rent directly from the owner. And use Booking.com for good deals on hotels and hostels.

Ask the locals for good but cheap restaurants and I assure you you will have an amazing experience and a fairly affordable trip to Japan and can check some of these facts about the Japanese for yourself!

Read 8 Things Not to Miss For Food Lovers Traveling to Japan for more travel inspiration. And this article about Where to Go to Explore the Japanese Countryside.

And if you are thinking about moving to Tokyo, check out this Interview With an Expat About Life in Tokyo and this article about Things to Know About Life in Japan.

Like this article with fun facts about Japan? Pin it! 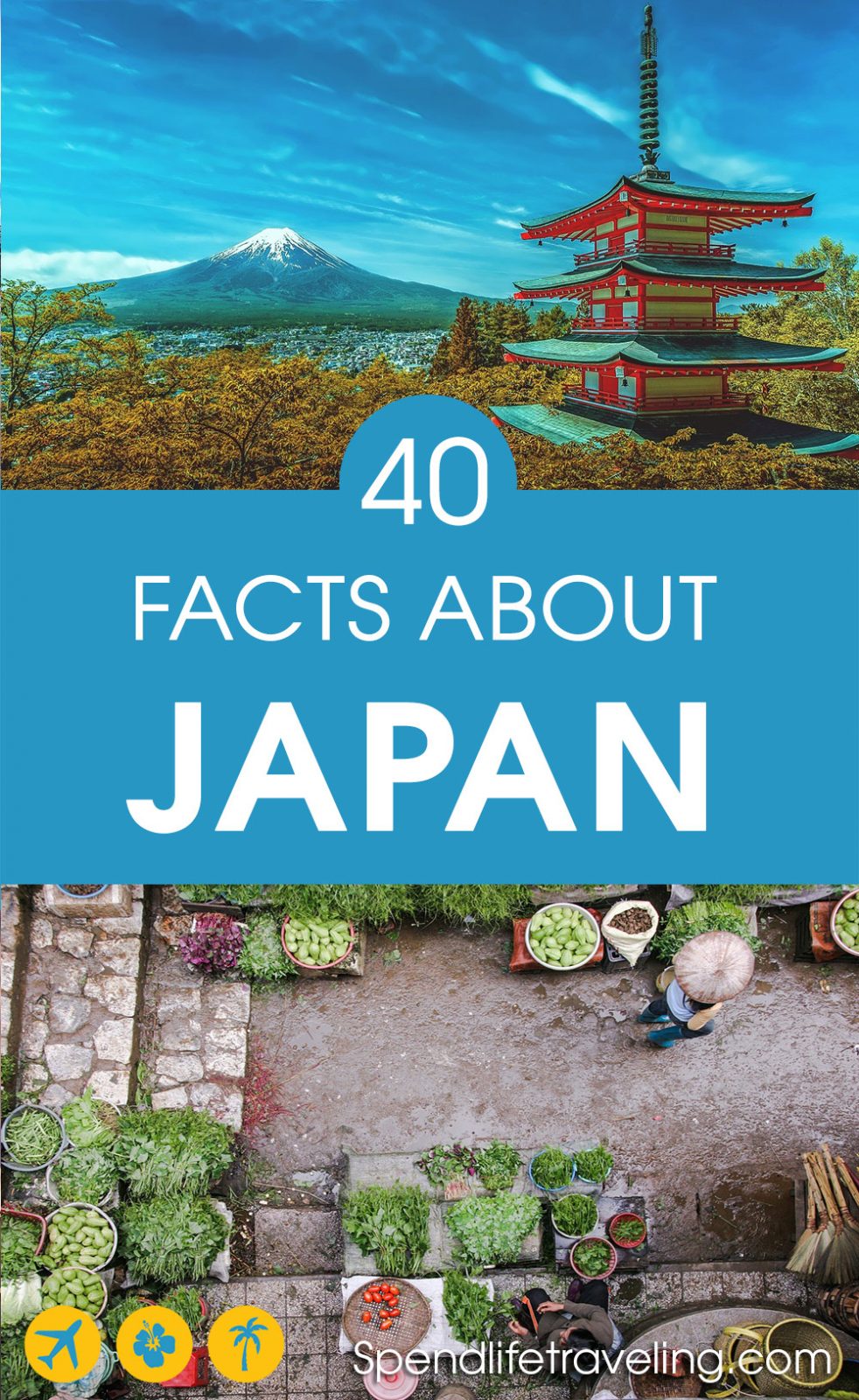 This post with fun facts about Japan contains affiliate links. We may receive a commission for purchases made through these links, at no additional cost to you.