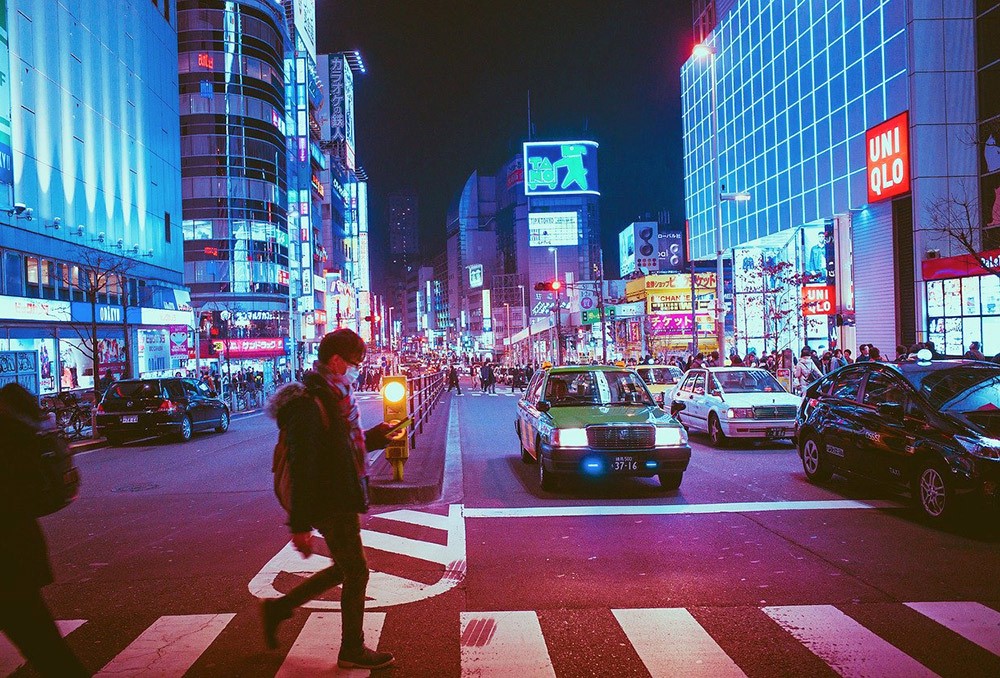 Many people consider living in Japan and I, living here myself, can see many reasons why.

There are convenience stores everywhere, low crime, and an endless amount of travel destinations packed into one medium-sized island. However, when finally moving to Japan, there are culture shocks that you experience more as you live in the country.

Here is a list of some of the most important, and some surprising, things to know before moving to Japan, which will give you an idea of what to expect.

Living in Japan: Things to Know About Life in Japan Before You Move Here

As weird as it sounds, flushing the toilet is something foreigners have trouble with in Japan.

Japanese toilets are very advanced, having features like a seat warmer, bidet, and deodorizer.

In some toilets, they’ve even replaced the traditional flushing lever with a button written in Japanese, confusing many who can’t read the language.

Also Read: Facts About Japan – Some Interesting, Some Funny & Some Shocking!

2. No Trash Cans in Public 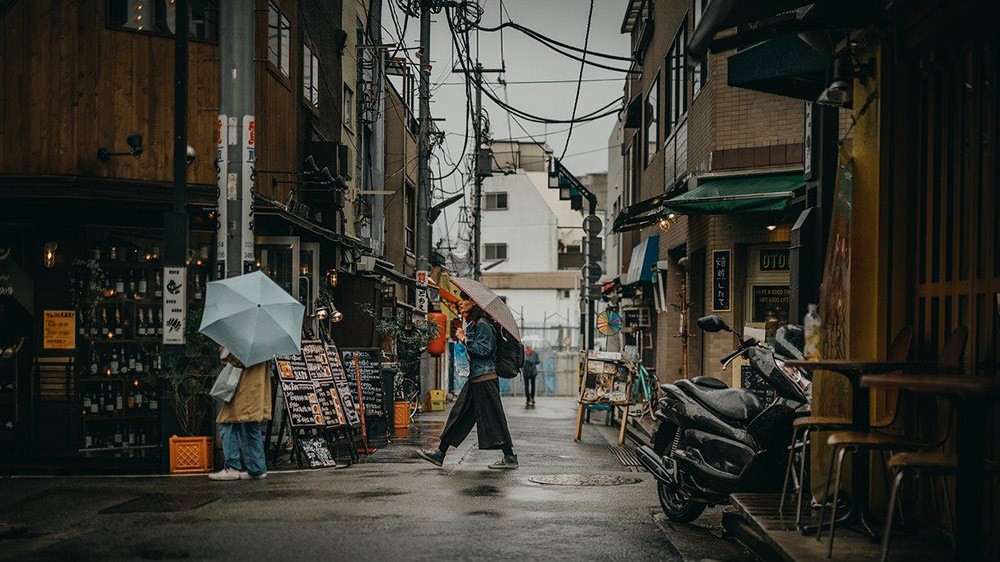 If you’ve walked around Japan, you may have noticed that it’s hard to find a trash can in a public place.

There are almost no trash cans in most open areas and you end up having to take the trash all the way home.

When you’re carrying trash in Japan, there are occasionally trash bins in the train stations but the best option would be to check the nearest convenience store first.

A useful thing to know if you are planning to live in Japan is that recycling is mandatory and also very specific.

In addition, trash that’s bigger than 30cm in at least one side is considered “big trash” and has a separate process on its own.

Here’s a guide that goes into detail about exactly how to separate trash in Japan.

4. Learn to Live in Small Spaces

When moving to Japan, and especially Tokyo, you most likely will end up living in a room that’s much smaller than you’d expect.

It may be a bit uncomfortable, but sooner or later, it’ll teach you how to utilize small spaces.

Watch the funny video above to see just how small apartments in Japan can get!

5. Life in Japan is Expensive but Affordable 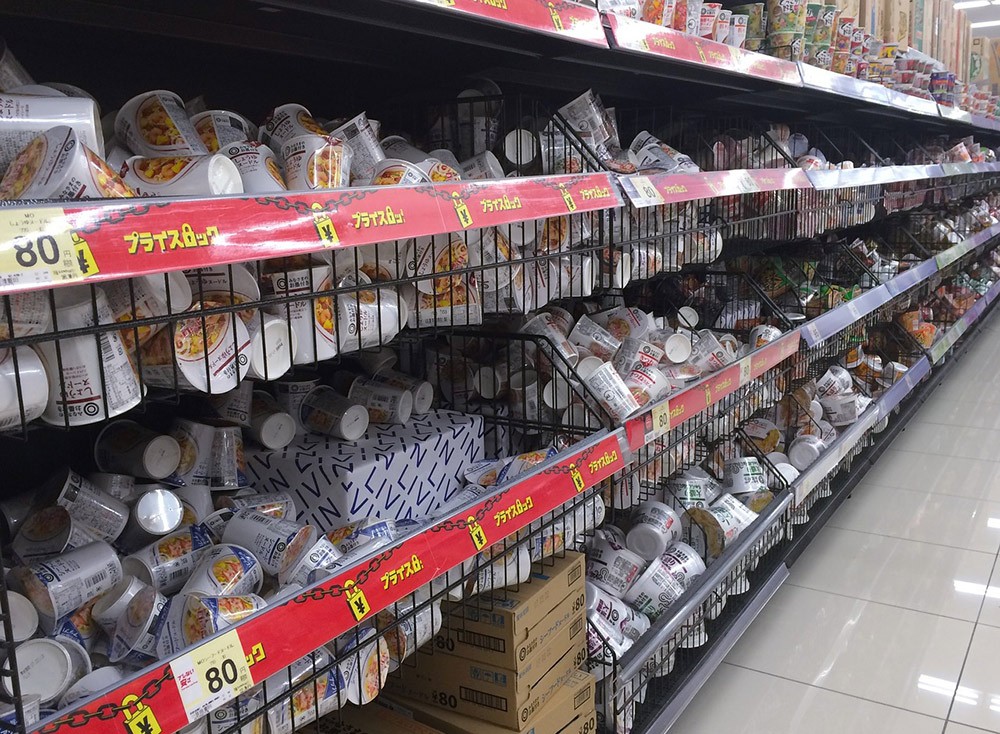 You may have heard stories about Japan being a very expensive country, but it is actually surprisingly affordable.

Here are some tips to save money when living in Japan:

6. It’s Hard to Live in Japan as a Vegetarian 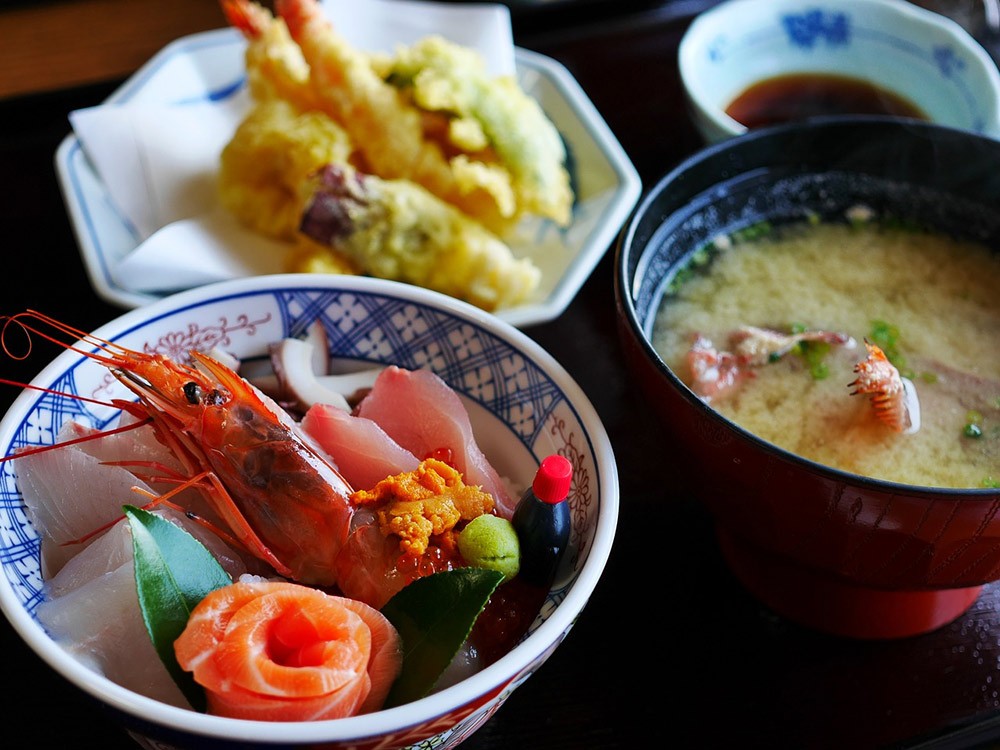 Japan might possibly be the worst place to live as a vegetarian, even worse for vegans, since they use a lot of eggs.

Gyudon, rice bowls topped with meat, is one of the most common foods in Japan and even dishes like ramen, yakisoba, tempura, oden, and even miso soup contains some form of meat or seafood.

Also Read: Food in Japan – 8 Things not to Miss

For those that have iPhones, Apple maps is not accurate in Japan for some reason.

Plus, Google Maps has all the train timetables and bus routes.

There’s a local app called myNavi which shows directions between train stations, but it’s all in Japanese and there are paid features which are available for free on Google Maps.

If you have an Iphone, the Midori app is by far the best Japanese dictionary app I’ve ever used (I’ve tried over 10 different apps). It does cost about $10 USD to purchase, but it is well worth its price.

Not only is it very accurate, it also contains conversational language as well as words from different dialects which other apps don’t have.

Whether you have the midori app or not, Google Translate is also a very useful app.

There are unique features like live translations and voice translations. Don’t forget to download the English and Japanese set for offline use!

8. Avoid Peak Time Trains If You Can

This video where the station workers are helping shove people into trains in order to close the door went viral.

Although the train workers don’t shove with all their force, this is actually very common, especially in Tokyo during peak hours.

Certain lines have incredibly crazy traffic in the morning and it’s wise to take this into consideration when you’re moving to Japan.

Although it’s impossible to know for every single route, a general note is that the lines that go from the suburbs (like Chiba, Saitama, Nerima, Hachioji) into the center of Tokyo are the most crowded.

Also Read: Interview With an Expat About Living in Tokyo

One of the reasons many people get lost in Japan is because they arrive at the correct platform but get onto the wrong train.

Some trains are express trains that don’t stop at local stops.

It’s important that you recognize the Kanji written on the train before riding. If you use Google Maps, it should tell you which trains reach your destination.

10. What to Do When You Miss Your Last Train 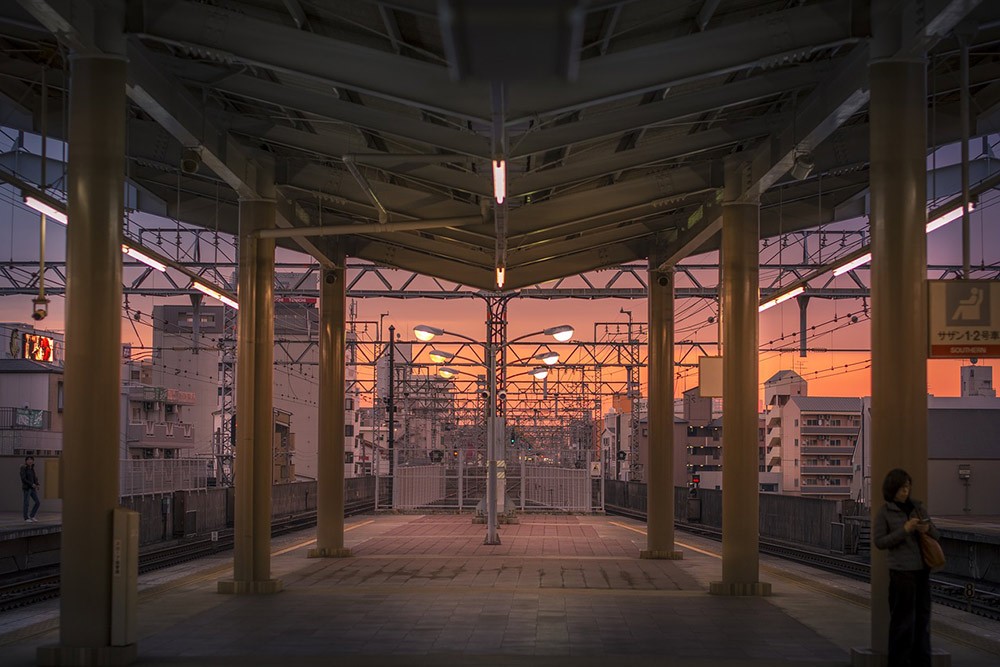 For various reasons, many people miss the last train back home.

Some choose to return by taxi, but taxis can be very expensive in Japan, especially with the extra charges at night.

So what do you do? Luckily, the first train is around 4:00am-5:00am so you may have to wait for about 4 hours to take the first train home. Here are a few options to kill some time:

11. Get an International Driver’s Permit Before Moving to Japan 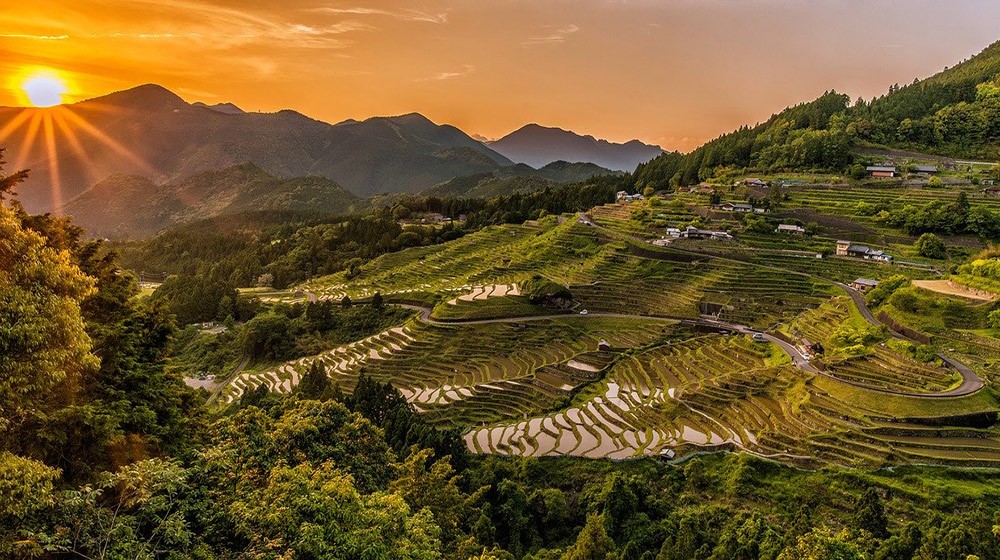 If you’re moving to Japan, I would highly recommend applying for an international driver’s permit (IDP) before arriving.

You cannot apply once you’re living in Japan and you would need to go back and live in your home country for three months in order to apply again.

Even if you know that you won’t be driving, having an IDP can be good for many reasons. One is that you’re able to rent a car for when you go traveling to rural places.

Japan has many popular tourist destinations but there are also many hidden gems that are hard to access by public transportation.

Here are some places worth checking while living in Japan that are hard to access without a car:

Another reason to get an IDP is that it’ll be much easier to get a driver’s license in Japan as well. If in the future, you want to apply for a Japanese driver’s license, you’d be able to legally practice driving before taking the driving test with the IDP.

Tattoos have a bad reputation culturally in Japan as being linked to the yakuza (members of Mafia-like criminal organizations).

It was completely prohibited to have tattoos in most places in the past. And although having a tattoo is okay now,  you’re not allowed to show it in certain areas such as hot springs, beaches, and swimming pools.

In addition, you won’t be able to apply for jobs dealing with customers if you have visible tattoos.

13. What to Do When You Lose Your Wallet 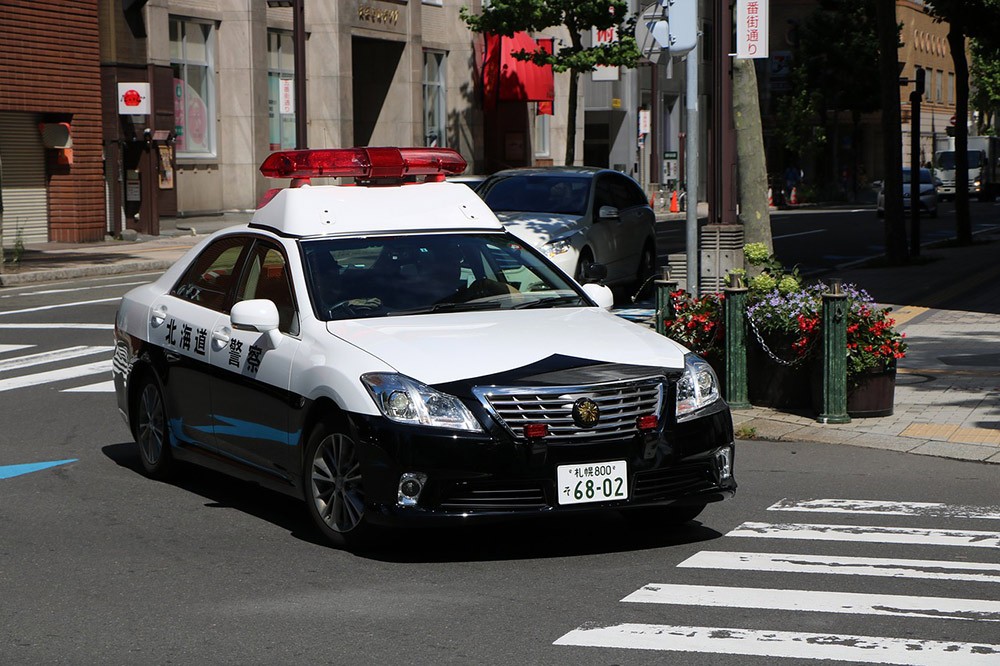 Japan’s crime rates are very low and if you lose your wallet, there’s a good chance that you may be able to find it again.

Try making a few calls to places you may have lost it and visit the train station lost and found. Try visiting the police box or Koban near where you walked.

Even if some cash may be missing, you’d still be able to get back everything else which is not common in most countries.

14. Natural Disasters are a Concern

Crime may not be a big issue in Japan but natural disasters are.

Japan is an island located in the Pacific Ocean Ring of Fire, so it’s to be expected that earthquakes and typhoons are a common thing.

Although most of them are mild and won’t affect your daily life, it’s important to pay attention to weather forecasts and listen to warnings when announced just in case a huge one might occur.

These are useful links to an earthquake preparation guide and a live typhoon watch:

Another tip is to always keep a small umbrella with you. Rainfall can be very random in Japan and you don’t want to buy an umbrella every time it starts raining!

Conclusion – Getting Used to Life in Japan

Japan is a great travel destination but it’s a completely different experience living in Japan.

I hope that these tips can help you get an idea of what to expect, whether you’re traveling or moving to Japan!

If You Are Thinking About Visiting or Living in Japan, Also Read:

Like this article about things to know about living in Japan? Pin it! 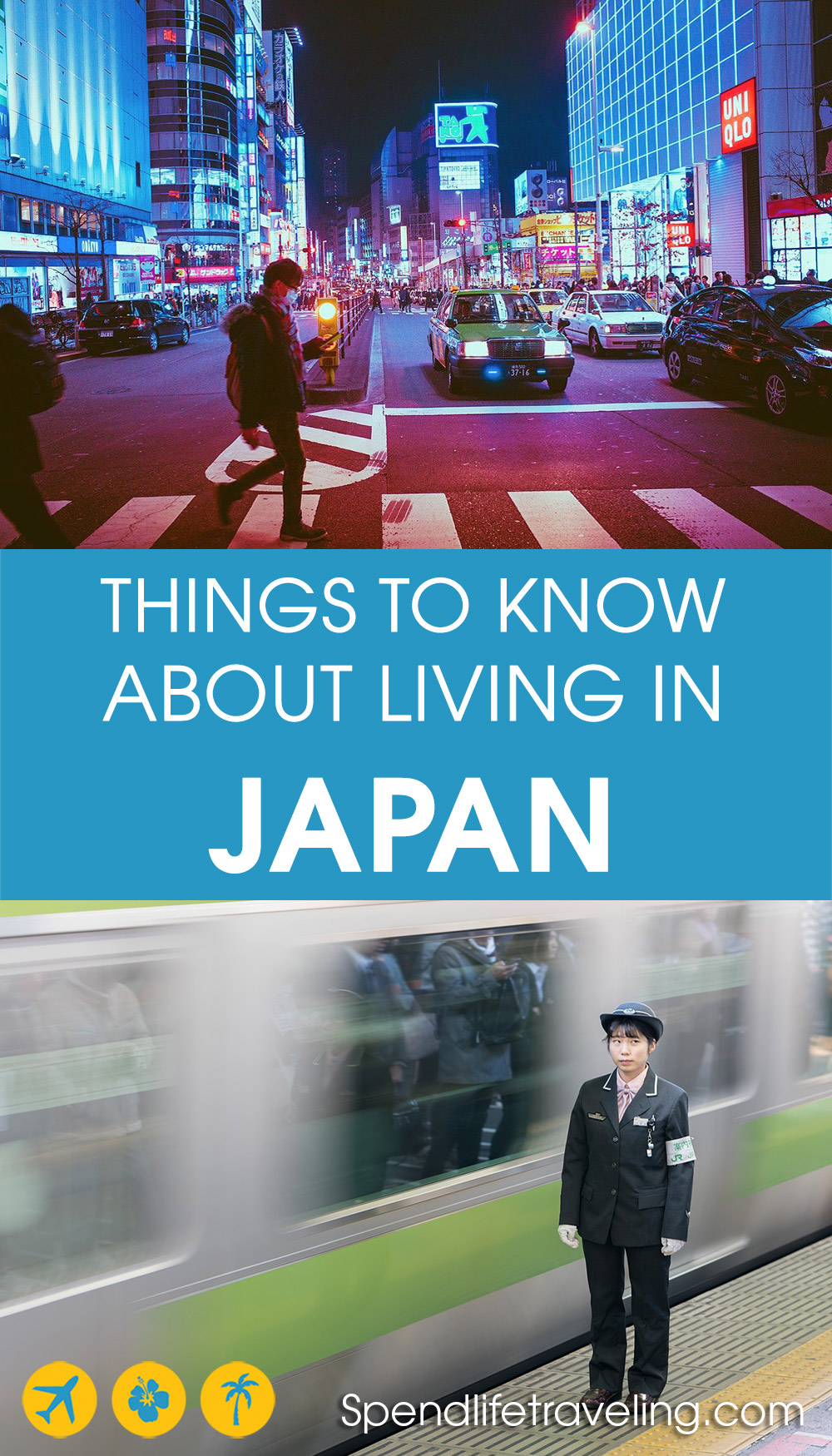