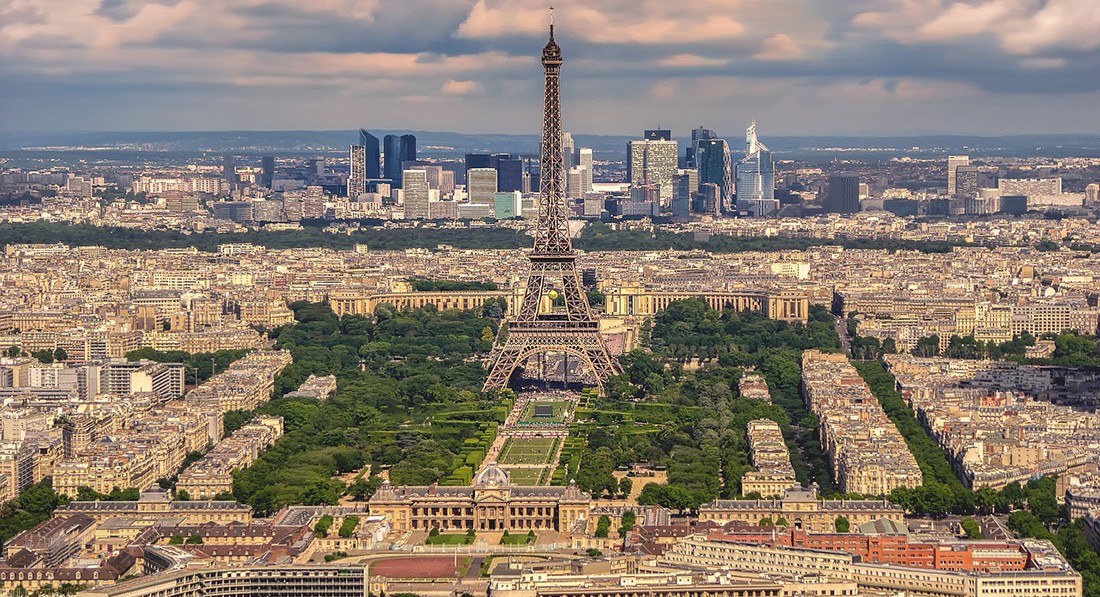 Growing up my parents and I visited France almost every year. I have always loved France and for a long time I thought that if I would ever move abroad it would be to France. Things turned out differently and I have now lived all over the world but never in France.

I do still love the country though and Paris really is a beautiful city so I was very excited to do this interview and learn more about what life in Paris is really like.

In this Ask an Expat series I interview expats living all over the world. I hope to help paint an honest picture of the ups and downs of life abroad, share tips for other (future) expats and share information about what to see and do in the city, town or country the expat now calls home.

“As long as I can remember I dreamt about being somewhere else. As a kid I would sit in my room exploring the globe I got for Christmas, and when I was a teenager I envied every Au Pair I saw on random TV shows, no matter how bad their experiences were.

I felt restless all my life, but scared and insecure as well.

When I started university the internet was on the rise and with it my encouragement and access to information. I looked into volunteer work in Guatemala and hotel jobs in the UK and realized that those ideas are not necessarily meant to stay just dreams.”

Why Did You Move to Paris?

“I never even thought remotely about living in Paris. In fact, I was kinda traumatized from French classes in school and did not plan on ever setting foot in France.

And then I went to New York and met a French guy who happened to be living in Paris… Not even a year later I found myself in a van, bags packed, headed to France.

Retrospectively, it was a bold move. I spoke close to 0 French, had no job, no money and no idea what I would be doing there but somehow, it was just a logical conclusion.

So I did what I do best: trusting that everything will work out in the end. And well, it did!”

“The Parisians. They are charmingly grumpy, with a perfect combination of being very snooty and having a potty mouth.

Parisians know how to enjoy life in its finest, which was something I had to learn; that diligence and virtue are not everything in life.

Paris invites you to spoil yourself; be it with food, wine, culture, concerts or simply beauty in general. It is easy to feel special and you don’t even need to be rich for it. Buy a bottle of wine, sit down alongside the Seine and enjoy life!

The public transport system is awesome. It smells of piss, but be it by bus, metro or tram, you can get anywhere easily, which really adds to the quality of life in Paris.

But the best is still driving in Paris. People call me crazy but I love the way Parisians drive; speedy, impatient, choleric but never resentful; they may call you names at the first traffic light, and flirt with you at the second.”

What Do You Dislike About Living in Paris?

“The Parisians, haha! On bad days their snootiness is driving me nuts, as well as their traditionalism and their strong believe in their awesomeness.

It annoys me that there are rarely vegetarian options available in restaurants and that coffee to go is just not a thing (this is changing however). As well as clubbing. Paris is all bars and restaurants but discos are rather rare, especially if you are not into the usual House music.”

What Is Your Favorite Thing to Do in Paris? 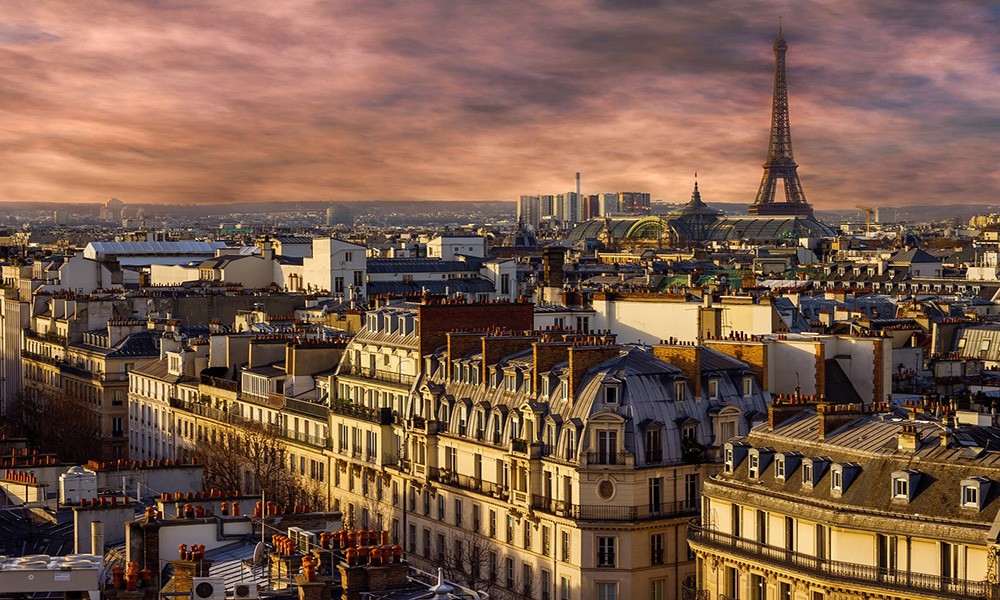 “Even though it sounds pretty lame, but my favorite thing is having a walk, stop at a cafe, walk a bit further, have a glass of wine, continue walking, have dinner, walk and have more drinks.

In Paris you don’t need big activities. Paris itself is a sight and you can spend all your time walking and being amazed by its beauty.”

What Is Your Favorite Place to Hang out in Paris?

For drinks, I like the Le Petit Joseph Dijon up in the 18th arrondissement, which is a little “bar au coin” (corner bar) with good music and lovely people.

But more generally, around the Panthéon building you can find some really nice bars. And if you want to eat Japanese food check out the street Rue Saint Anne near Opéra.

The area of Butte-aux-Cailles or the street Rue Mouffetard are always worth a visit as well!”

Any Tips for Moving to / Living in Paris?

“Don’t be demotivated if it’s hard in the beginning.

It is difficult to find an apartment, generally, but even more of a challenge if you don’t have a job yet. It’s complicated to get health insurance and to open a bank account but it is all doable!

Any Resources You Found Useful During the Process of Moving to And/Or Building a New Life in Paris?

There are many very useful expat groups full of people who are happy to help you, be it with administrative issues or just to have a drink with.

Is There Something You Just Have to See or Do When You Are in Paris?

“The good thing about Paris is that there is so much to do. You can easily visit for a week and not get bored.

And even though every Parisian despises it and would never do it: take a boat trip on the Seine. It is beautiful!”

Also Read: A Complete Paris Itinerary for 4 Days – See all the Highlights

About Lena – expat in Paris 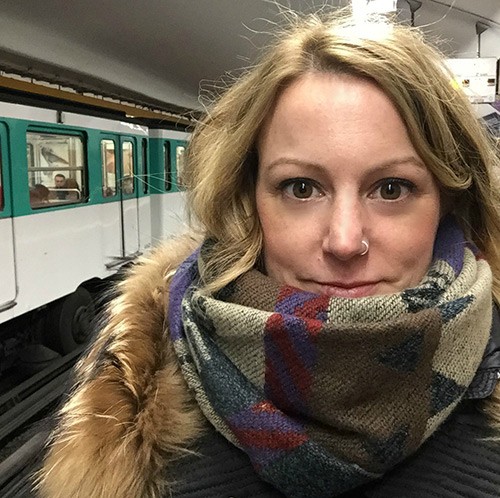 Lena grew up in the Ruhr Area in Germany and lived there until graduating from University.

Being an adventurous soul, she decided happy-go-lucky to follow her heart and move to France to live in Paris – and to start a family soon after.

Besides working in a Computer Games Company, she is blogging on Salut From Paris about traveling and life as an expat in Paris.

Paris, France’s cosmopolitan capital, is a major European city and a global center for art, fashion, gastronomy, and culture.

Its 19th-century cityscape is crisscrossed by wide boulevards and the River Seine. Beyond such landmarks as the Eiffel Tower and the 12th-century, Gothic Notre-Dame cathedral, the city is known for its cafe culture and designer boutiques.

Paris is often said to be the most beautiful and romantic of all cities. A large part of the city, including the River Seine, is a UNESCO World Heritage Site.

I highly recommend using Booking.com to find the best accommodation in Paris. For tours and excursions in Paris use Pariscityvision.com.

Like this article about expat life in Paris? Pin it! 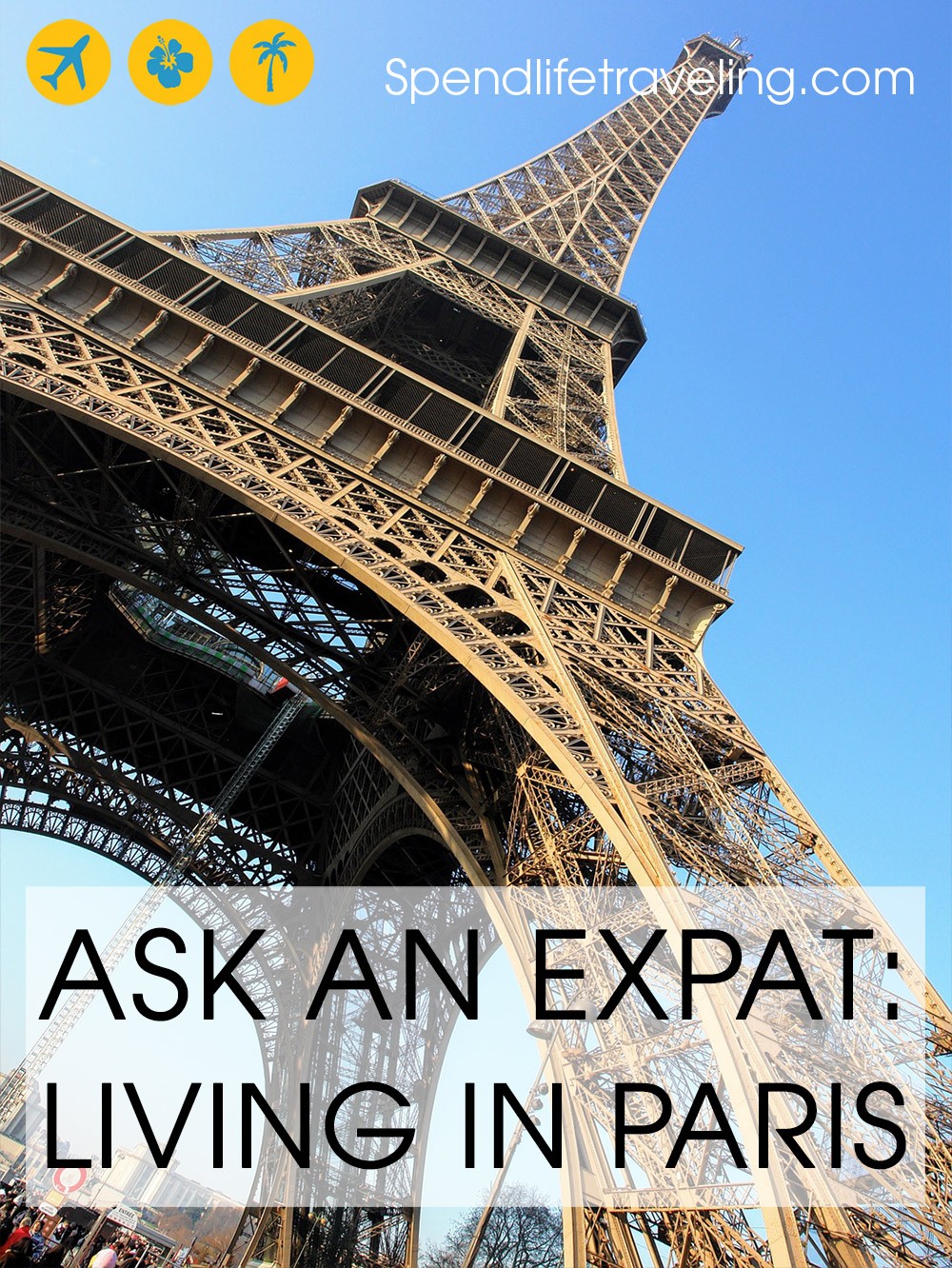 This post about living in Paris contains affiliate links. When you make a purchase using these links we receive a small fee, without it costing you anything extra. This way we can continue posting travel articles. Thanks!

15 thoughts on “Ask an Expat: Living in Paris, France”