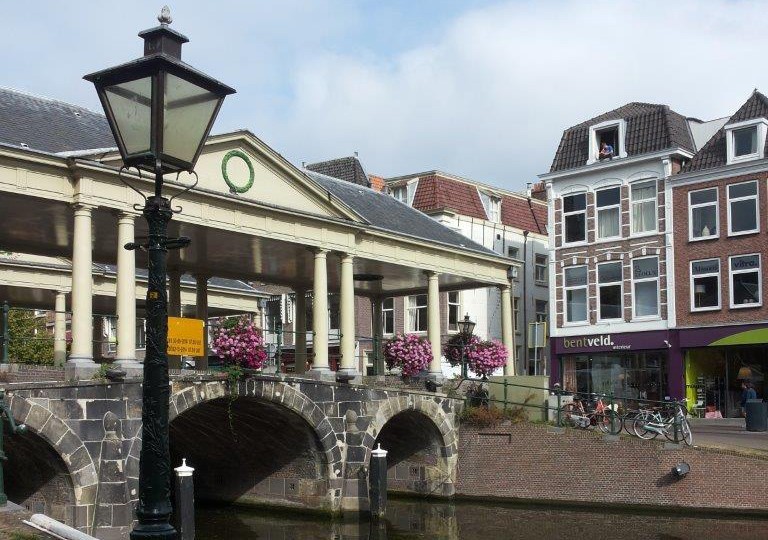 About Leiden, the Netherlands

Leiden is an attractive medium-sized city with a beautiful, large historic center.

Leiden is my hometown, the city where I was born and educated and yet never really appreciated until after I left…

Situated about 40 kilometers south of Amsterdam, Leiden started its development around the year 860 as an embankment (‘dike’) village at the foot of a castle located strategically at the confluence of the Old Rhine and the New Rhine (in Dutch: oude Rijn and Nieuwe Rijn).

Nowadays, Leiden has just over 120,000 inhabitants and a rich history.

With its numerous canals, old gates, impressive churches and much of the 16th- and 17th-century town center still intact, this city is a must-visit for history and architecture lovers.

Leiden University is one of Europe’s top universities and the oldest university (1575) of the Netherlands. Campus buildings are scattered throughout the city and some 30.000 students give the city a relaxed and vibrant atmosphere.

Plus, Leiden’s location is ideal: close to the North Sea coast, to beautiful national parks in the dune landscape and to Holland’s major cities Amsterdam, The Hague, Rotterdam, and Utrecht.

On a sunny day, I can spend hours strolling through the historic center or enjoying a drink in one of its many small cafes, often located in beautiful old buildings.

These Are Some of Leiden’s Highlights in Pictures:

1. Gate Leading to the Burcht

This is the southern gate that leads to the Burcht, the oldest part of the city.

And of course, as everywhere in the Netherlands, there are lots of bicycles!

Also Read: 10 Towns Worth Visiting in the Netherlands Besides Amsterdam

2. Entrance to the Burcht van Leiden

The Burcht van Leiden is an old shell keep in Leiden constructed in the 11th century.

It is located at the spot where two tributaries of the Rhine come together. The structure is on top of a motte, and is today a public park.

3. One of Leiden’s Many Canals

After Amsterdam, Leiden is the city with the most bridges, canals, and moats.

Leiden has 28 kilometers worth of waterways and 88 bridges. 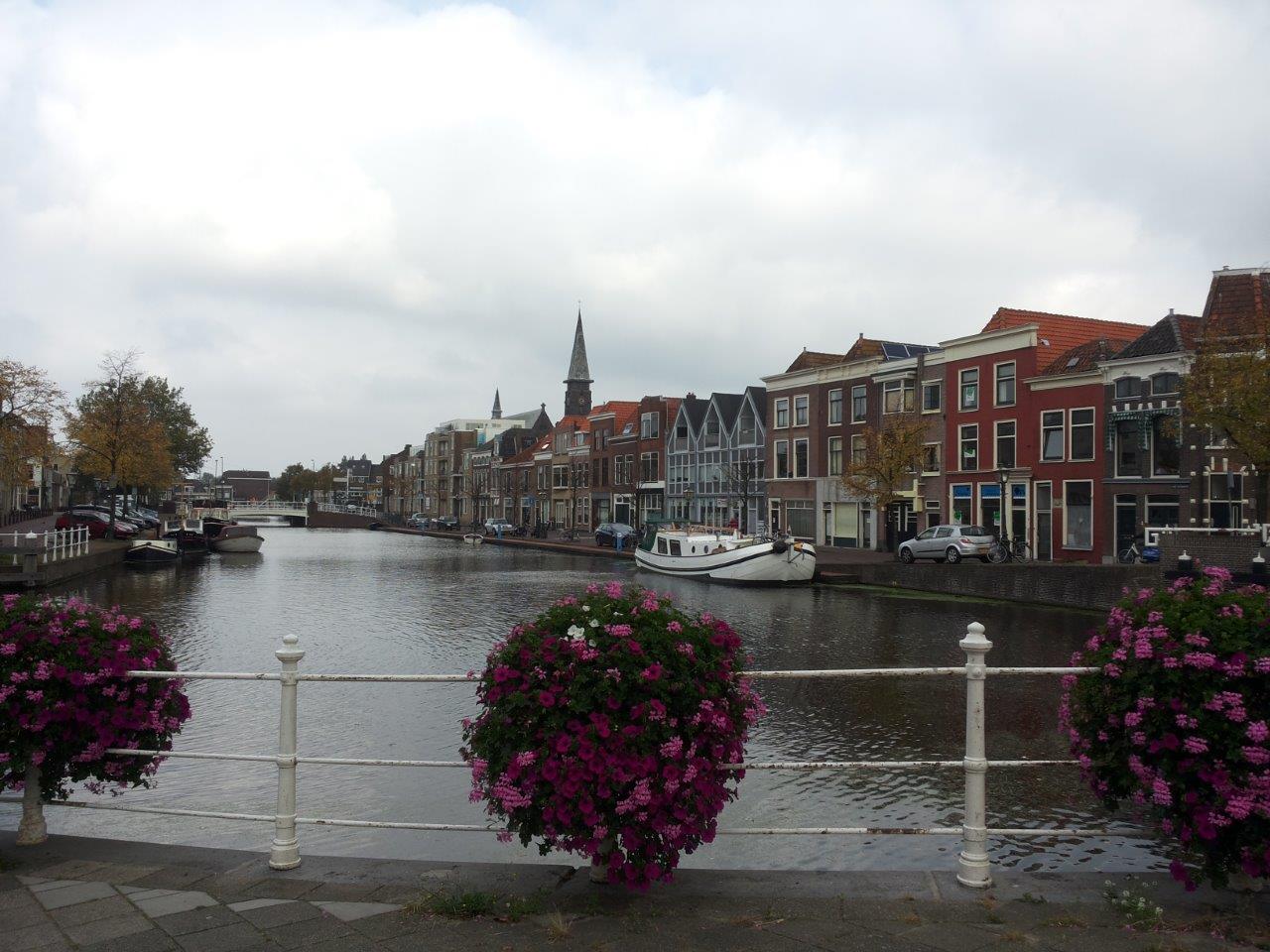 Beautiful 16th and 17th century houses can be found throughout the center of Leiden. This gives the city center its charm and if you visit Leiden you can’t miss these canals and historical houses. 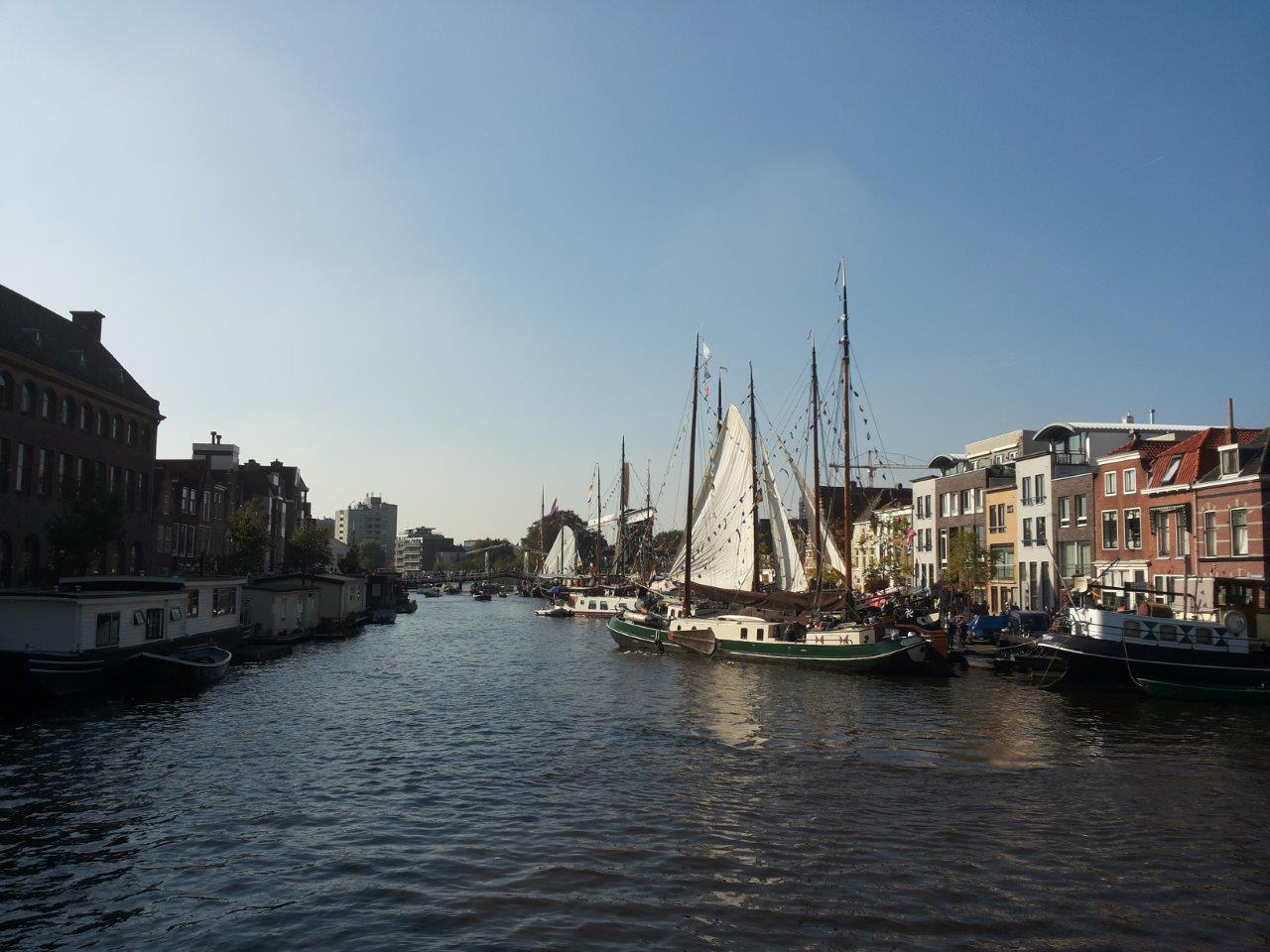 A large part of the Netherlands is below sea level and everywhere you can find rivers, lakes, and canals.

Many people choose to own a small sailing boat or even to spend their lives living on a houseboat.

6. Botermarkt in the Center of the City 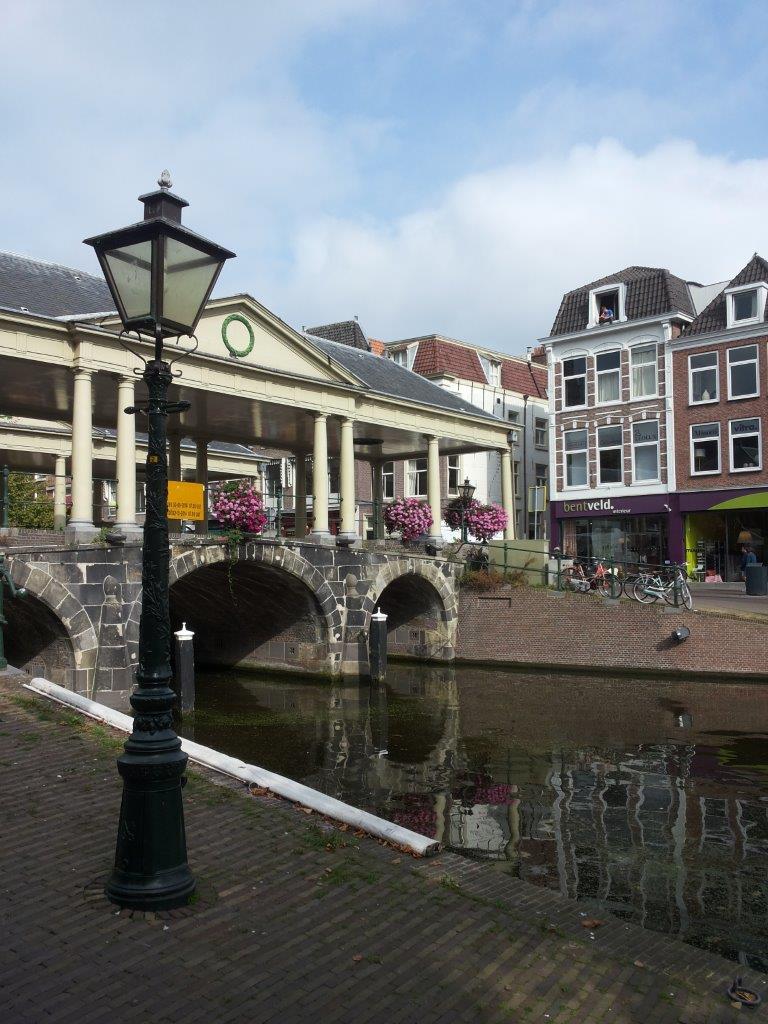 This is a beautiful historic part of Leiden where twice a week they hold a local market. 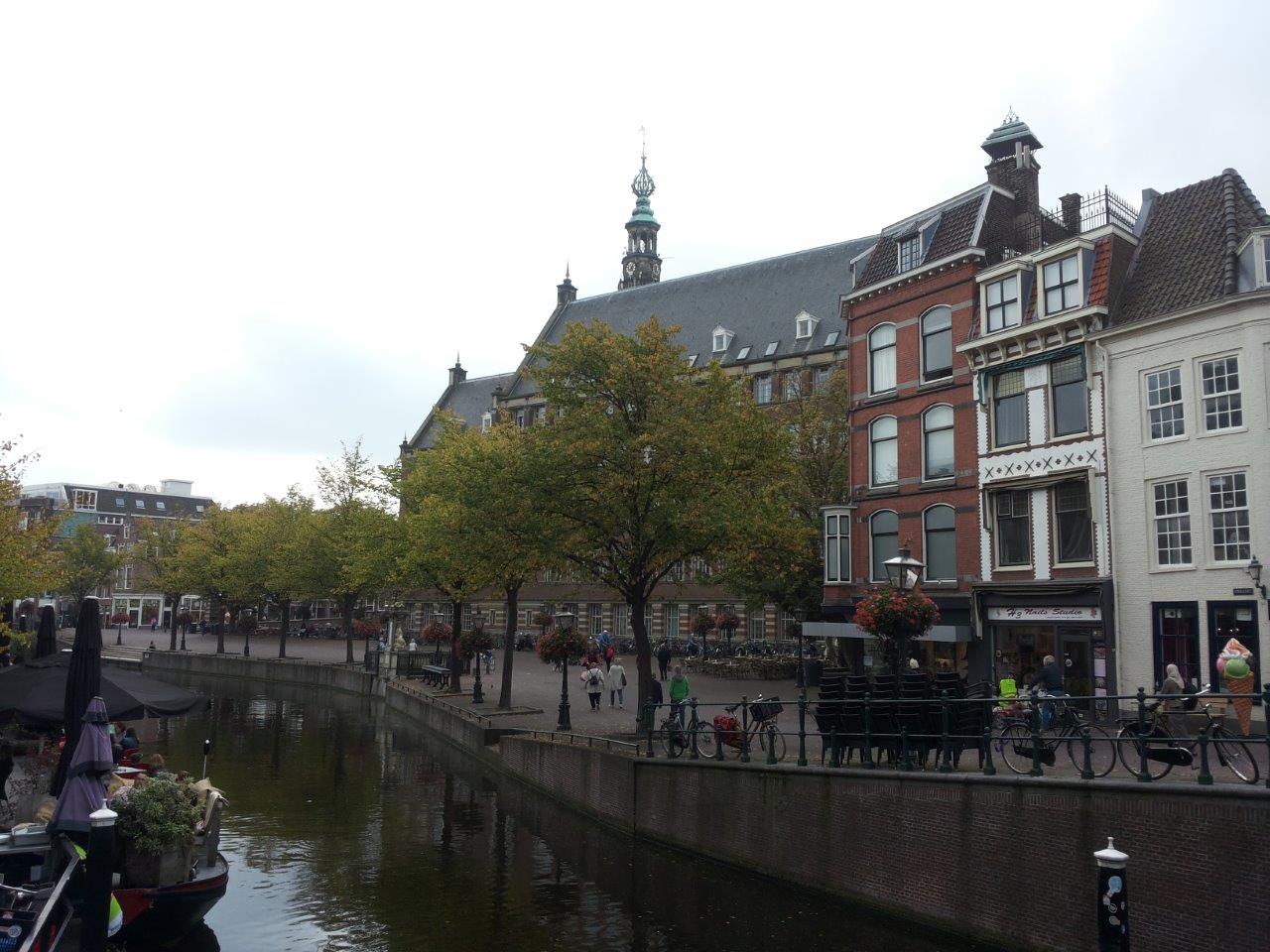 The city hall of Leiden was built in 1934 and is characteristic for the city of Leiden. 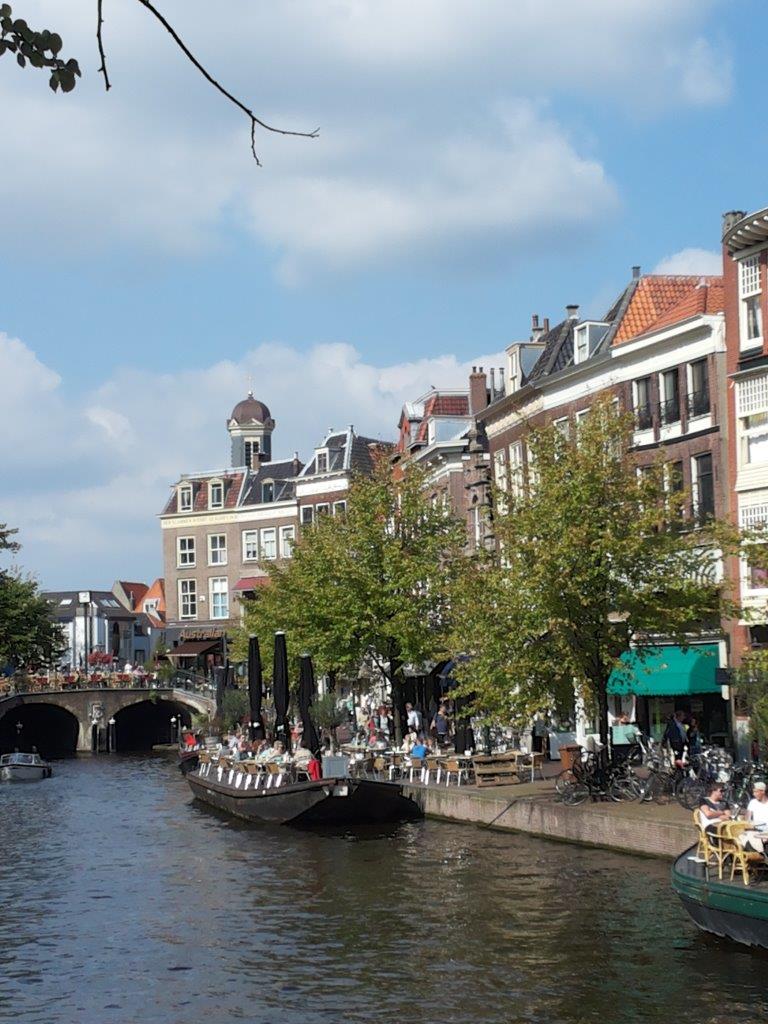 On a nice summer day, you’ll see many cafes opening their terraces on boats on the canals.

It’s a great way to enjoy life in Leiden and experience the city. 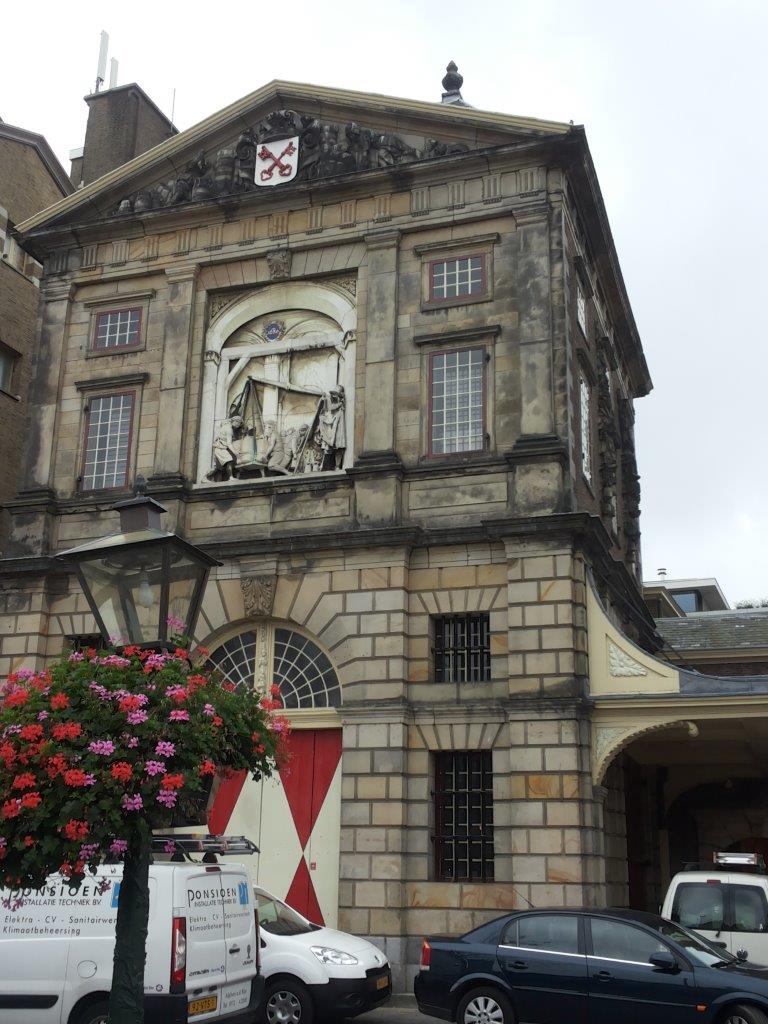 The Leiden Weigh House (De Waag in Dutch) is a national monument designed by Pieter Post around 1657 and opened in 1659.

For centuries, merchants came here to weigh and trade a variety of goods. In addition to being a weigh house, the Leiden Weigh House has hosted a variety of engagements and stately celebrations over the centuries.

The weigh house was in use as an actual weigh house until 1972, when the last unit of cheese was sold. Still a cultural monument, since 2015 the Weigh House also operates as a beautiful restaurant.

10. One of Leiden’s Many Bridges 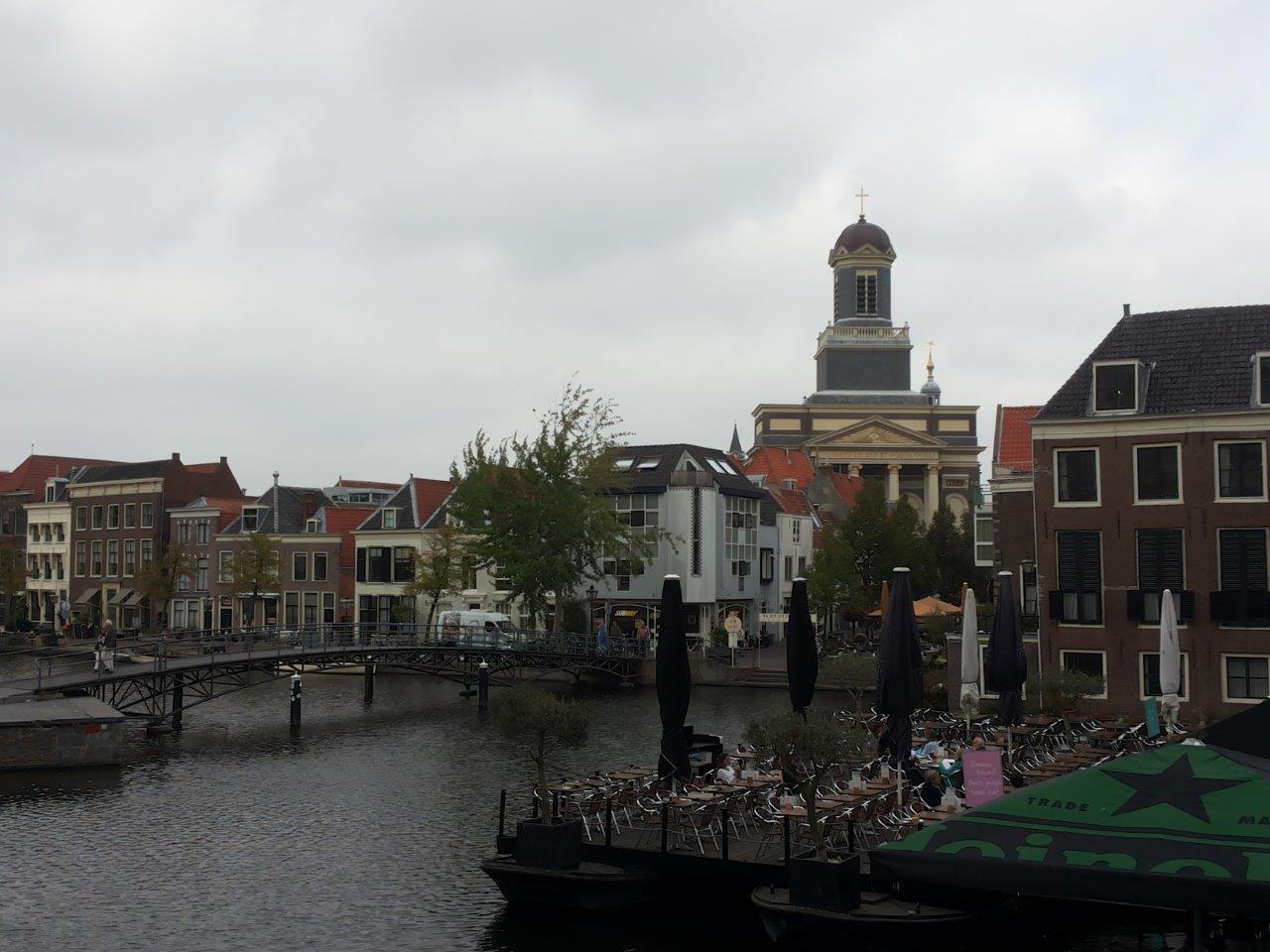 Looking out from one bridge to the next, with the Hartebrugkerk, one of Leiden’s many impressive churches, in the background. 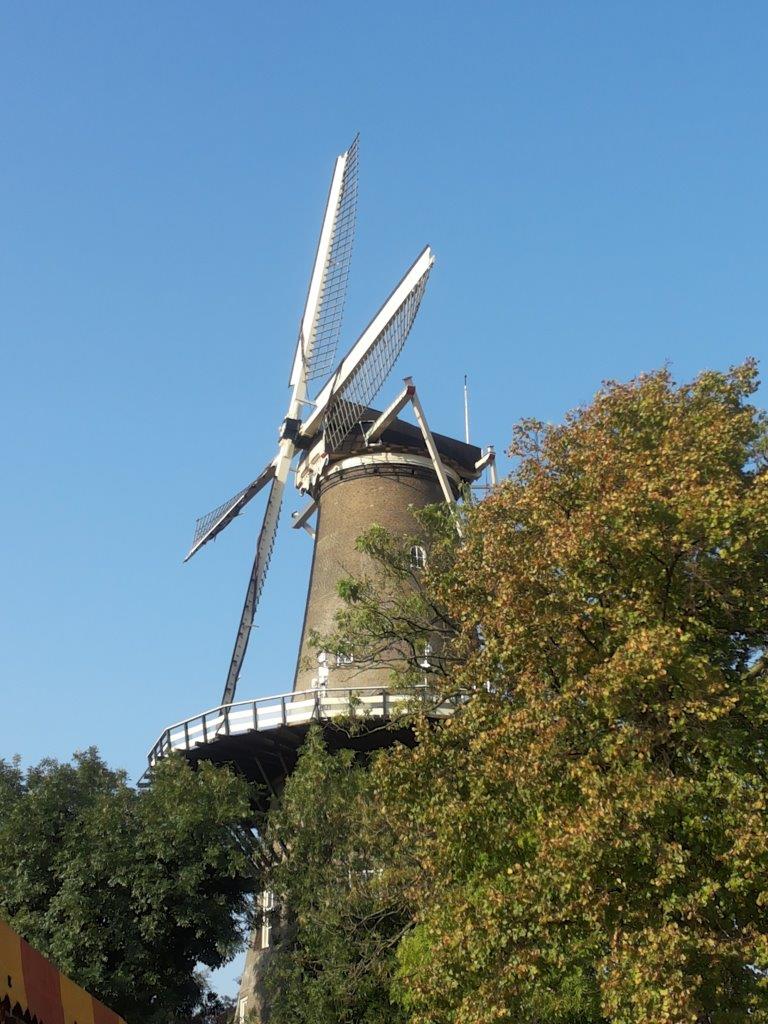 Located right in the center of the city, this windmill used to contain two houses but is now in use as a museum. 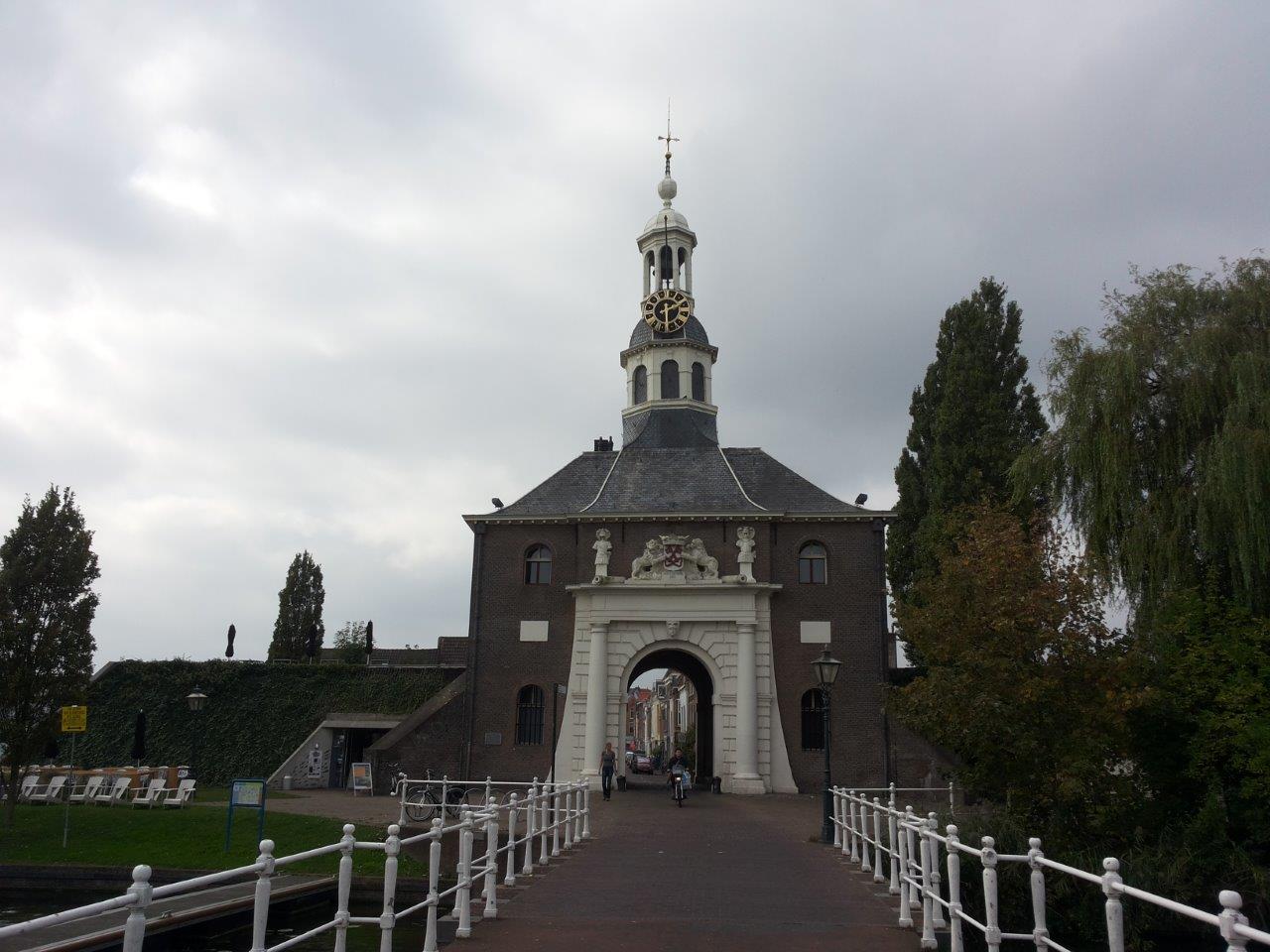 The Zijlpoort is one of Leiden’s city gates, built in 1667. 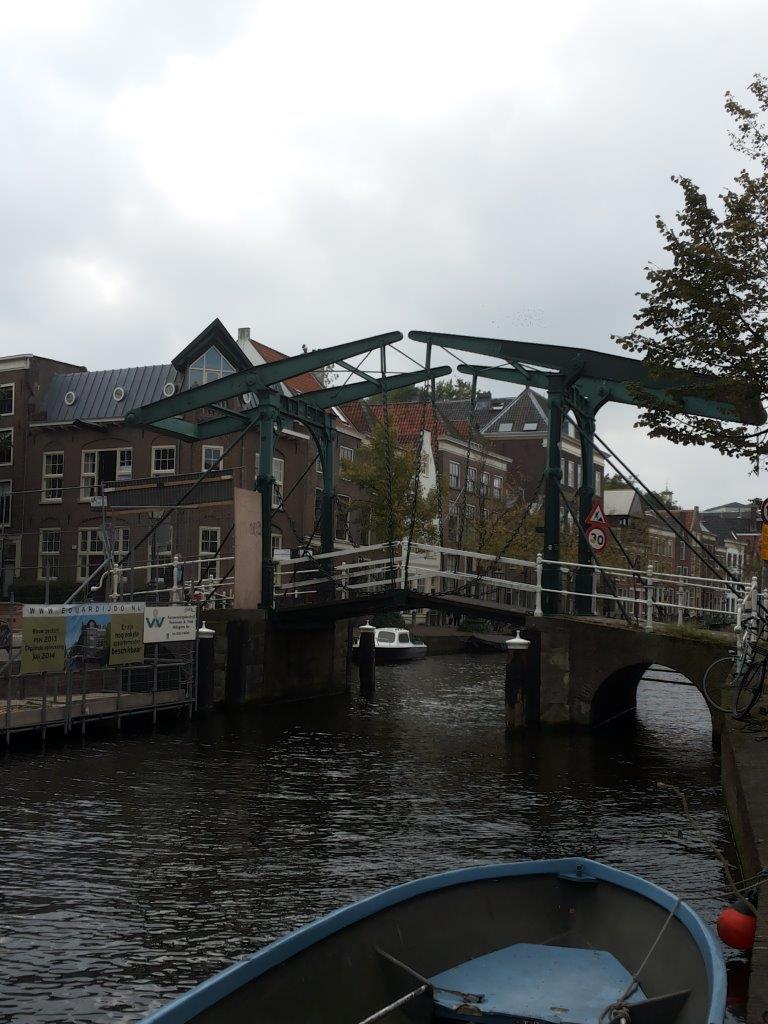 This is one of many drawbridges over a canal in Leiden. 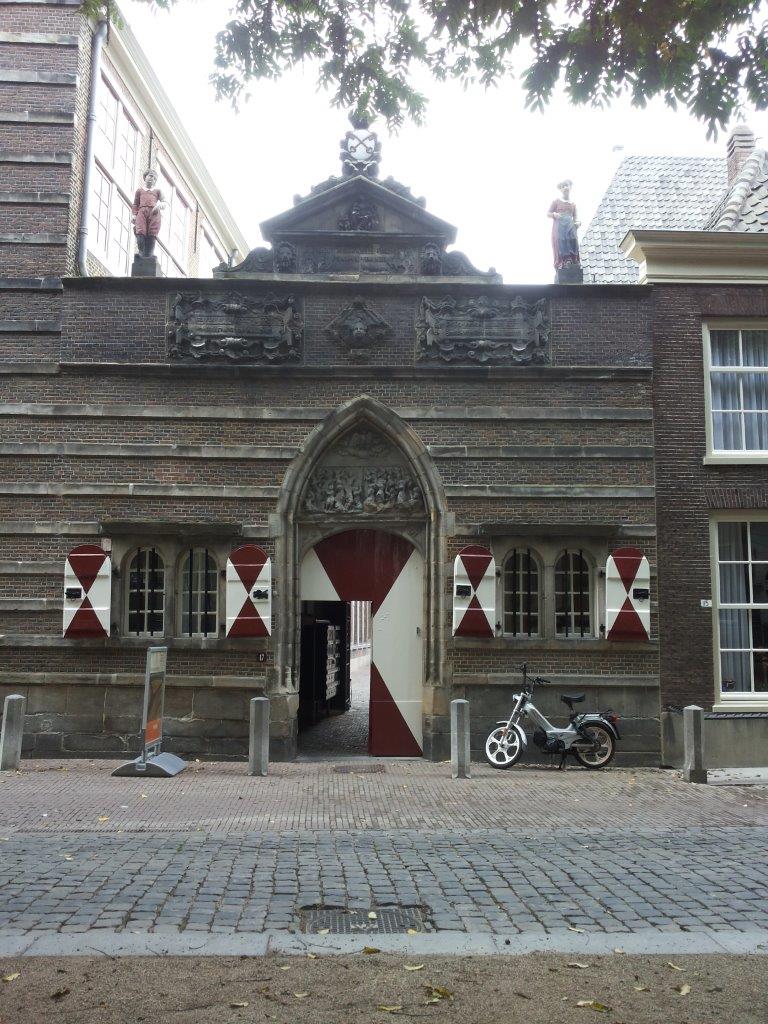 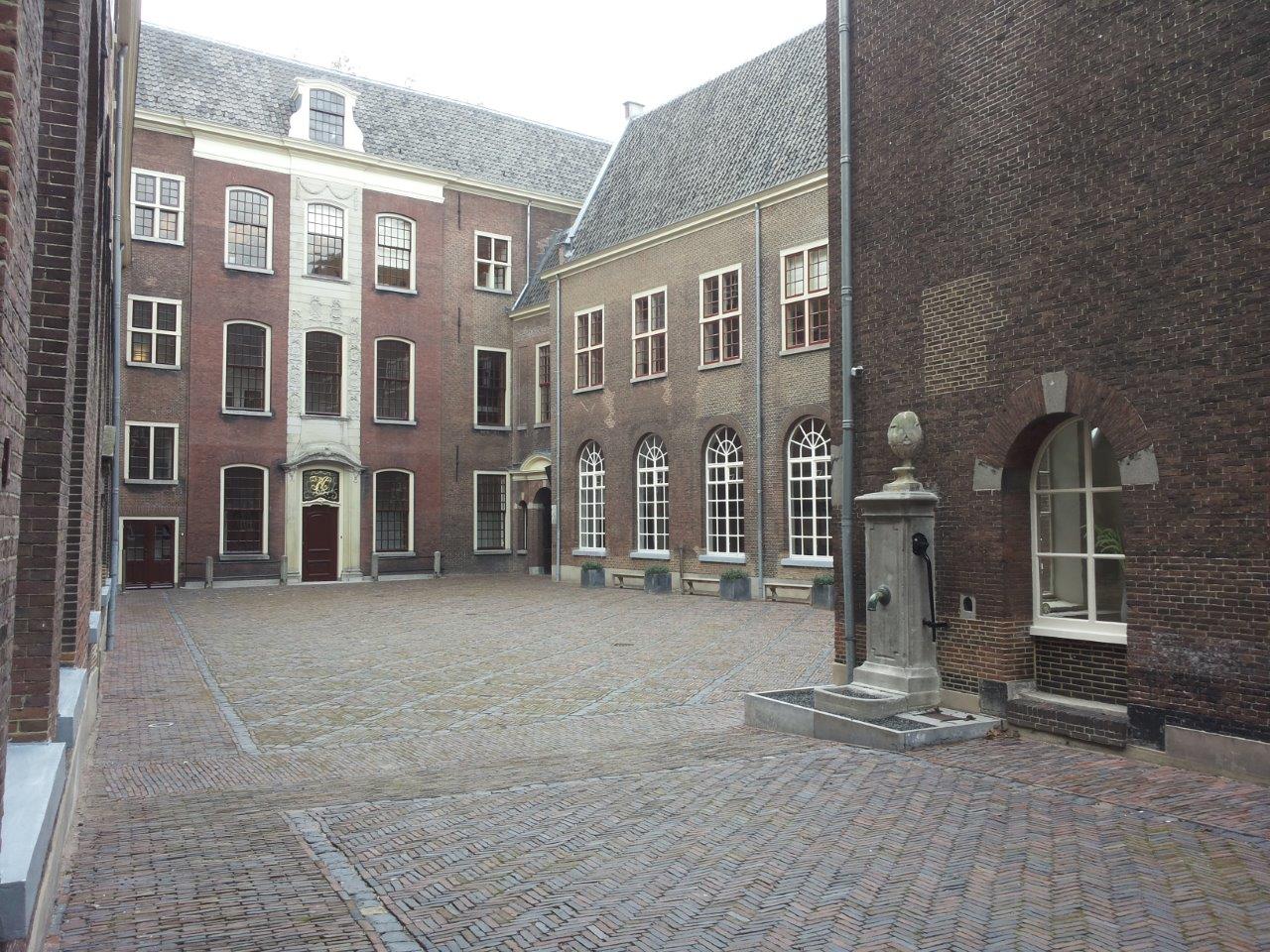 This is an orphanage dating back to 1583.

Orphans from Leiden and surrounding towns came to live here and were often put to work in the textile industry. This building continued to be used as an orphanage until 1961. 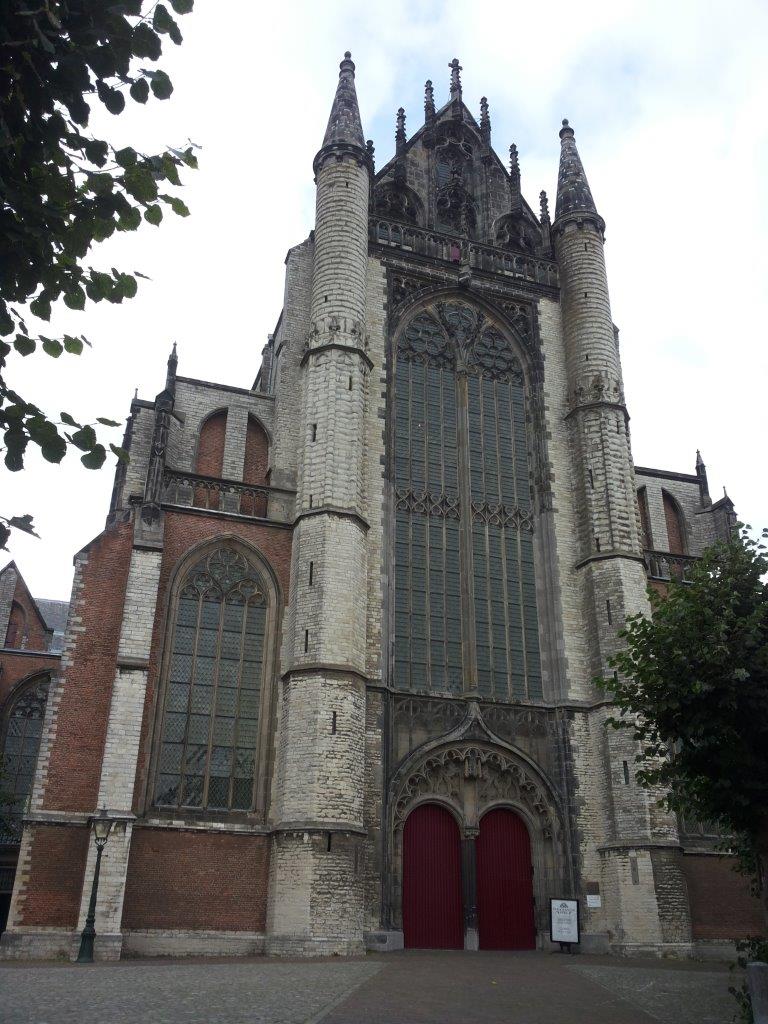 The Pieterskerk can be seen from afar.

The architect Rutger van Kampen began the construction of the present church around 1390. According to some, the tower (built in the sixteenth century) is approximately 100 meters high and could be seen from the North Sea giving it the name ‘Coningh der See’ (King of the Sea).

Even today, the building is the landmark of Leiden. The church is a basilica in the late Gothic style. 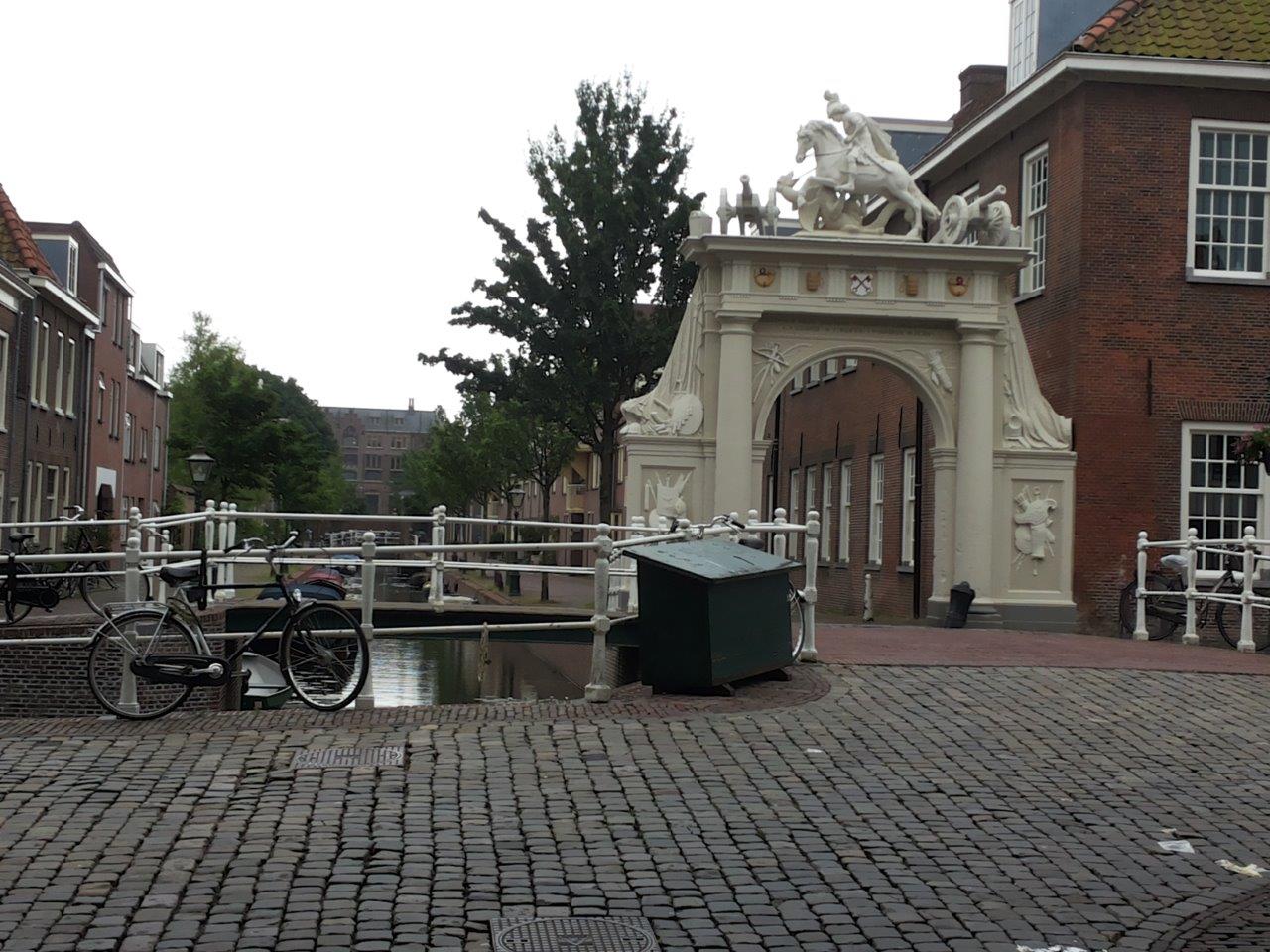 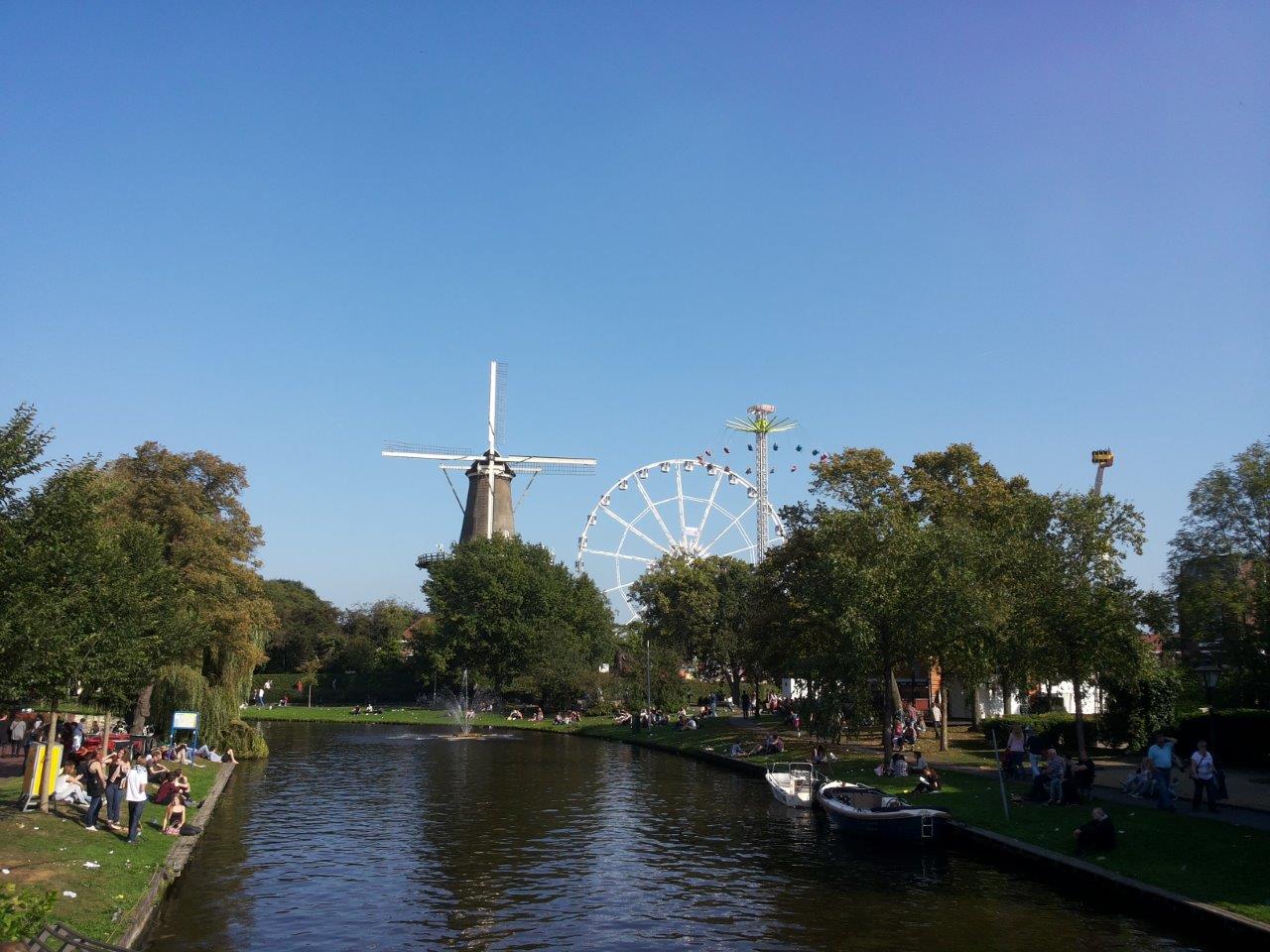 This festival commemorates the anniversary of the 1573-1574 siege of Leiden, during the eighty years’ war, when the Spanish army attempted to capture this Dutch city.

For more information about the history of Leiden: en.wikipedia.org/wiki/Leiden

Want to Know More About the Netherlands and Which Places to Visit?

Check out my other articles about different parts of The Netherlands: