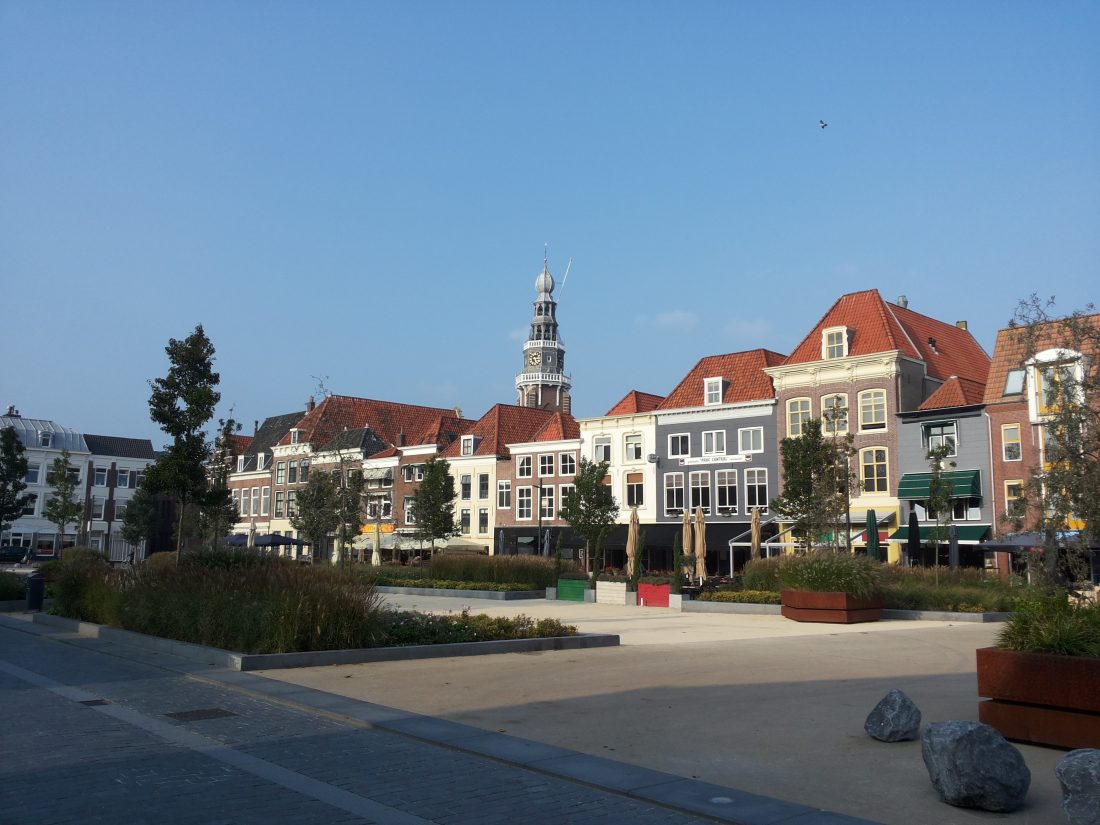 Zeeland, one of the Netherlands’ 12 provinces 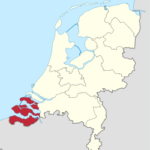 This part of the country is often overlooked by travelers, located too far from Amsterdam and without any of the major ‘must visit’ cities.

But Zeeland is actually very pretty and quite unique…

About Zeeland, the Netherlands

This province, located in the south-west of the Netherlands, consists of a number of islands (hence its name, meaning “sealand”) and a strip bordering Belgium.

Zeeland is a large river delta situated at the mouth of three major rivers: Scheldt, Rhine, and Maas. Most of the province lies below sea level and was reclaimed from the sea by inhabitants over time.

What used to be a muddy landscape, flooding at high tide and reappearing at low tide, became a series of small man-made hills that stayed dry at all times. Inhabitants later connected the hills by creating dikes, which led to a chain of dry land that grew into bigger islands and gave the province its current shape.

Zeeland, with its large number of sandy beaches, beautiful dunes, picturesque villages, great architecture, and rich history is definitely worth a visit!

Also Read: 10 Places to Visit in the Netherlands Besides Amsterdam

What to See in Zeeland, the Netherlands, in 10 Beautiful Pictures:

1. Looking out over Vlissingen 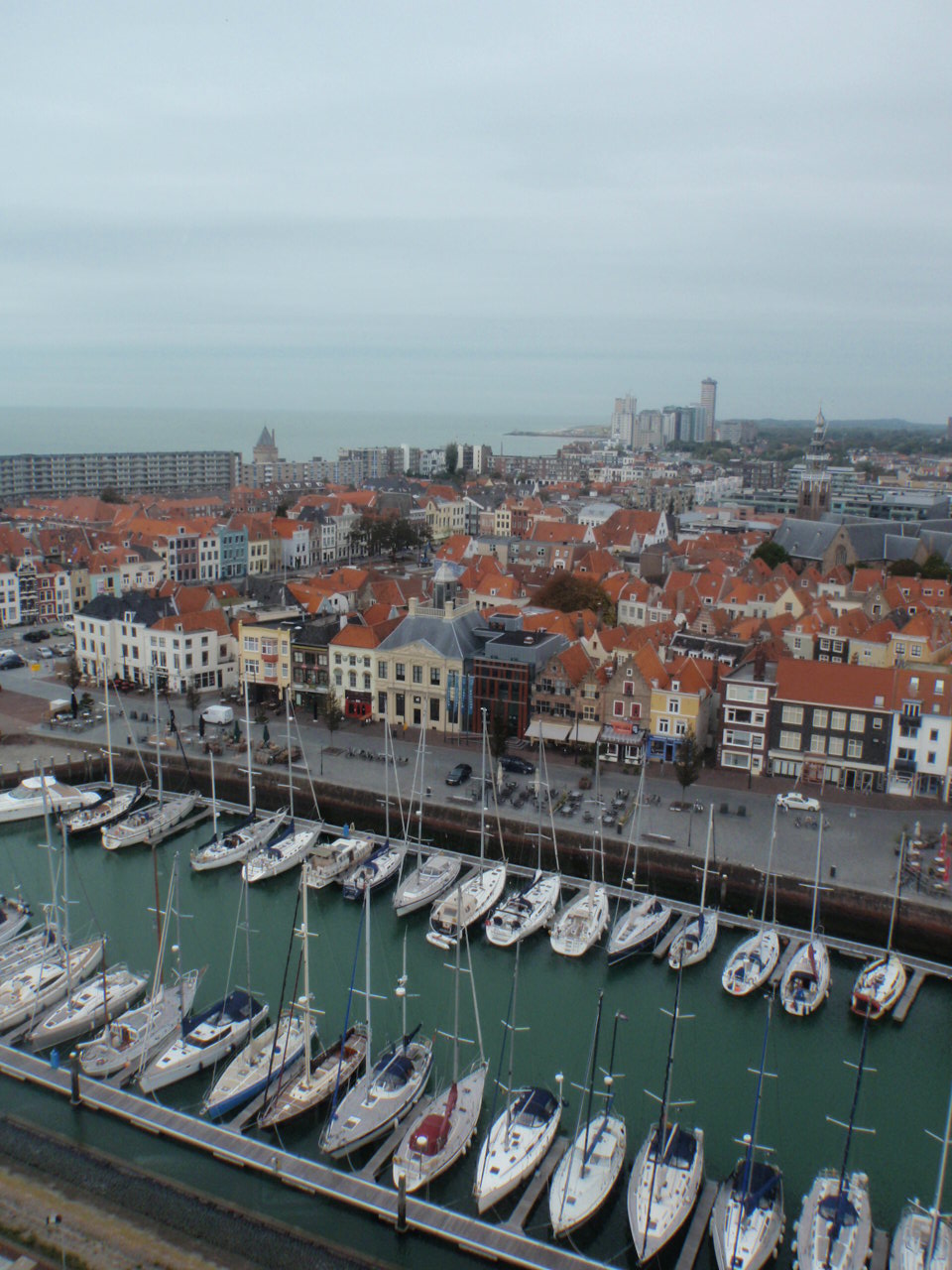 Vlissingen is a lively seaside resort with lovely beaches and a long boulevard.

With its strategic location between the Scheldt river and the North Sea, Vlissingen has been an important harbor for centuries.

Bellamypark is a lively square in the center of Vlissingen surrounded by many cafes and restaurants. Many popular events are organized here.

3. The Beach in Renesse 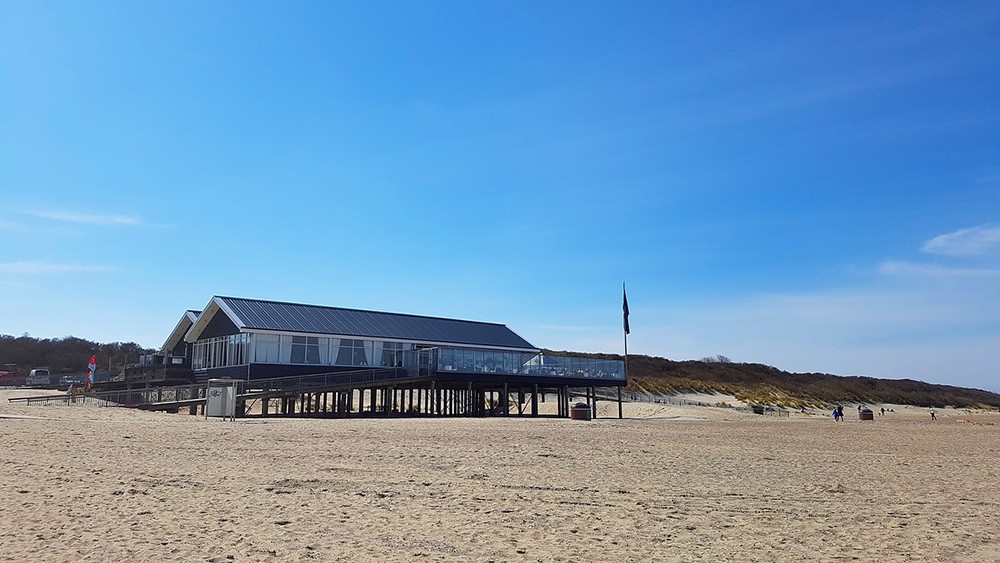 Renesse is a small village and in summer a popular tourist resort.

With only just over 1500 inhabitants Renesse is a laid-back coastal town that turns into a sleepy village in winter. 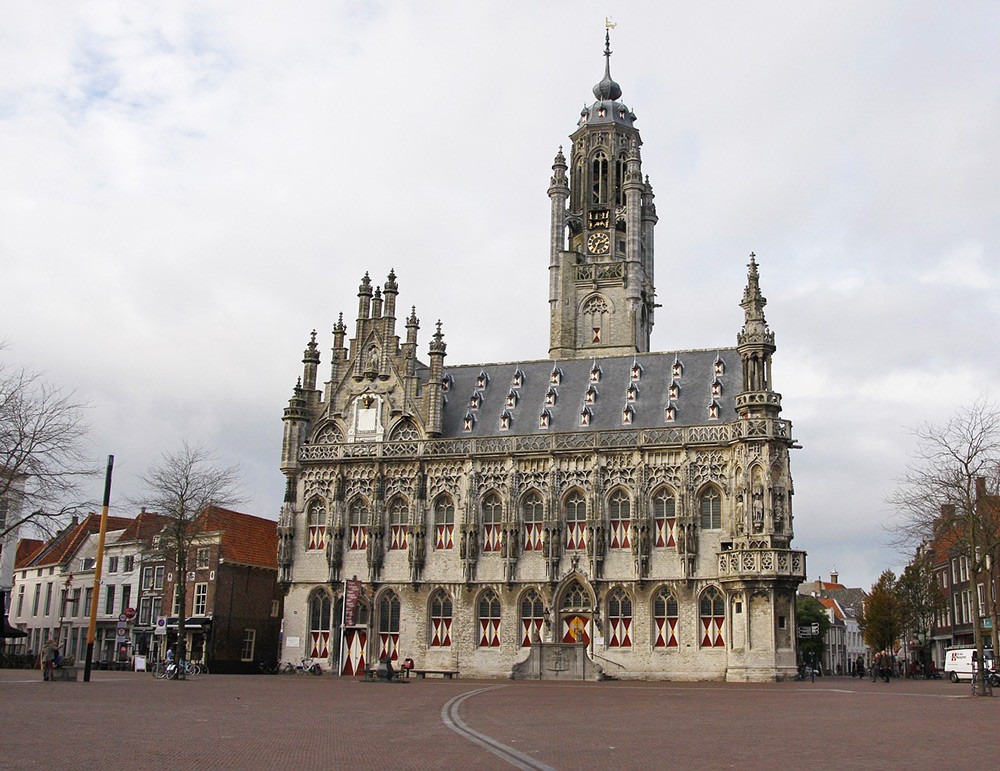 Middelburg is the capital of Zeeland with a population of about 48,000.

The city of Middelburg dates back to the late 8th or early 9th century and still has a beautiful historic center.

The former city hall, built in the 14th and 15th century, is often named one of the most beautiful buildings in the Netherlands.

Also Read: Is It the Netherlands or Holland? Watch This Funny Video to Find Out! 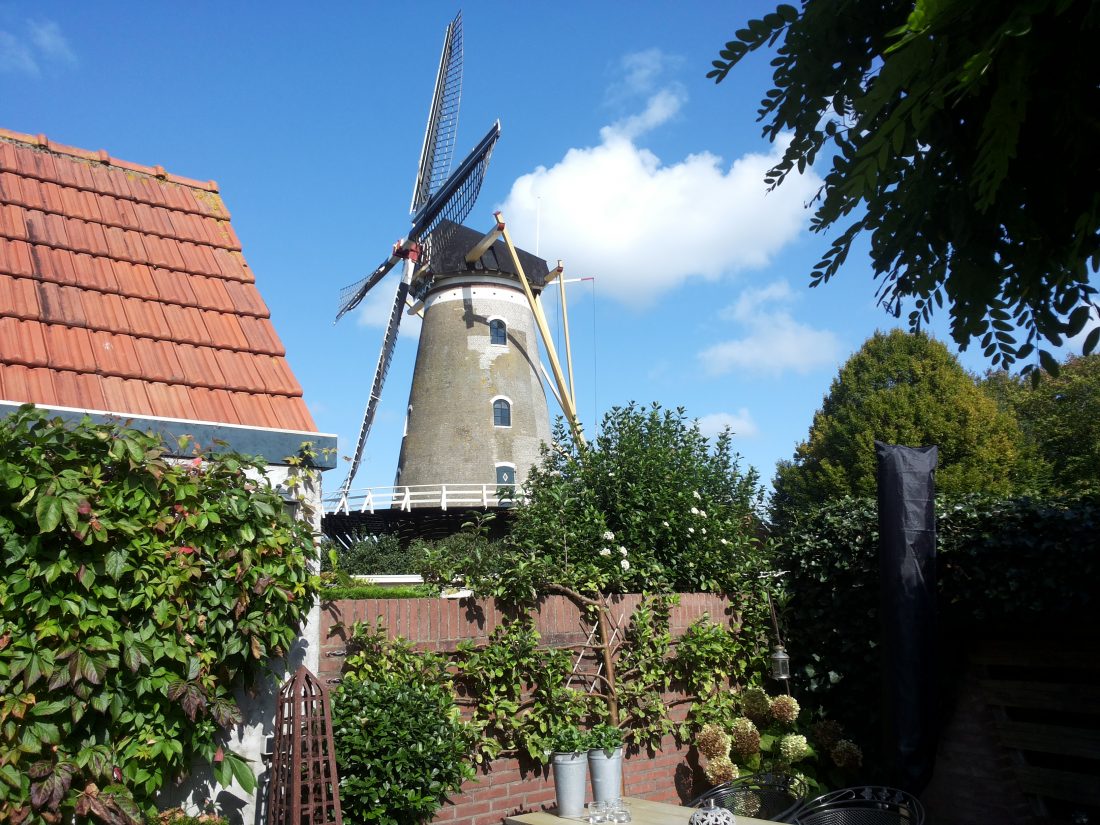 The Netherlands, in general, has a lot of beautiful, historic windmills and Zeeland is no exception.

Although over the years a good number of windmills have been demolished, many still remain. In Zeeland you can still find 77 of these windmills.

I especially liked this windmill though because this is the view from my friends’ back yard! Quite a cool view!

After the North Sea floods of 1953, the Dutch authorities decided to construct more effective coastal defenses in the Zeeland Delta.

These coastal defenses are known as the Delta Works and comprise a series of dams, the most impressive of which is the Eastern Scheldt storm surge barrier (Oosterscheldekering).

In addition to protection from the sea, this storm surge barrier has made room for beautiful nature and recreational areas for water sports, sunbathing, walking and cycling. 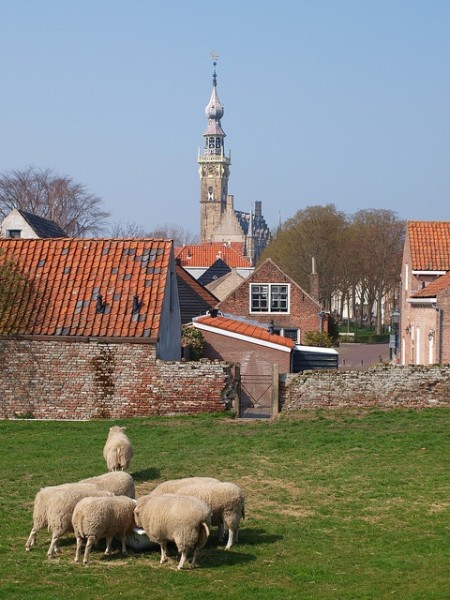 The small town of Veere stands on the Veerse Meer lagoon on the island of Walcheren in Zeeland.

It has an attractive port and well maintained historic buildings. In the 17th and 18th centuries Veere was a prosperous trading city. Back then it had about 750 houses inside the city walls, compared to around 300 these days.

8. The Beach in Domburg 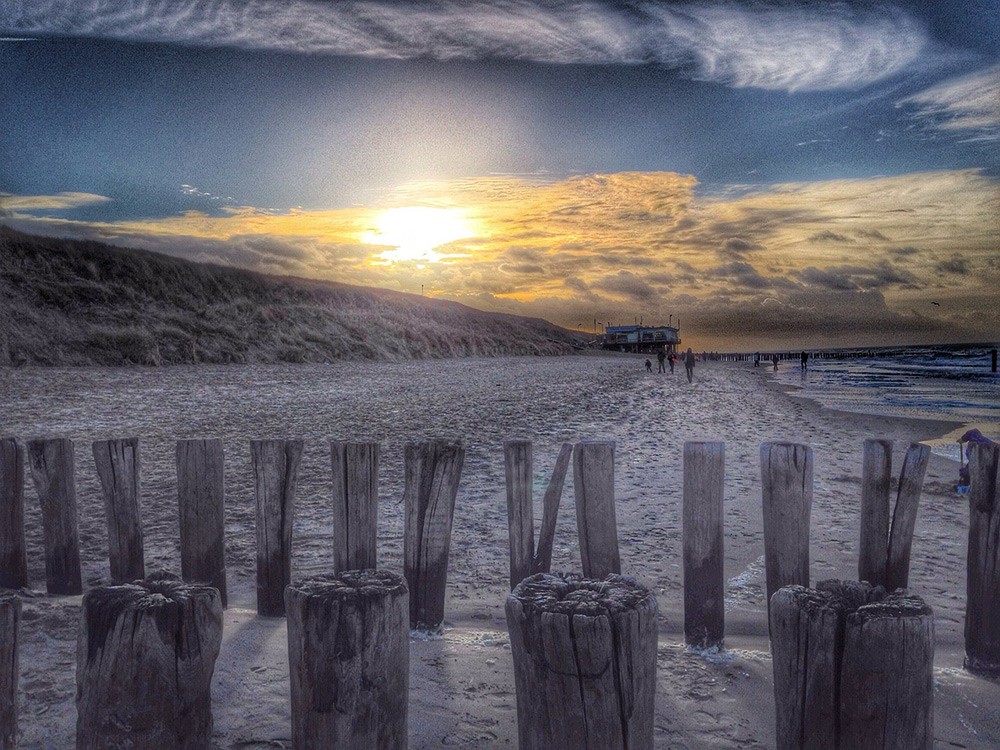 Domburg is a seaside resort on the North Sea.

The area of Domburg has been inhabited since ancient times. The settlement on the present-day location of Domburg, however, originates from a circular earthen citadel which was dated to around 875 AC.

Until the 19th century the town did not change much in its agricultural and fishing character, although tourism started in the 17th century with city folk from Middelburg who would enjoy a Sunday trip to the area in summer.

Wealth from both West- and East Indian trade also enabled many merchants from Middelburg and Vlissingen to build manor houses with lavish gardens in the area, but only a few have survived.

9. The Harbor of Goes 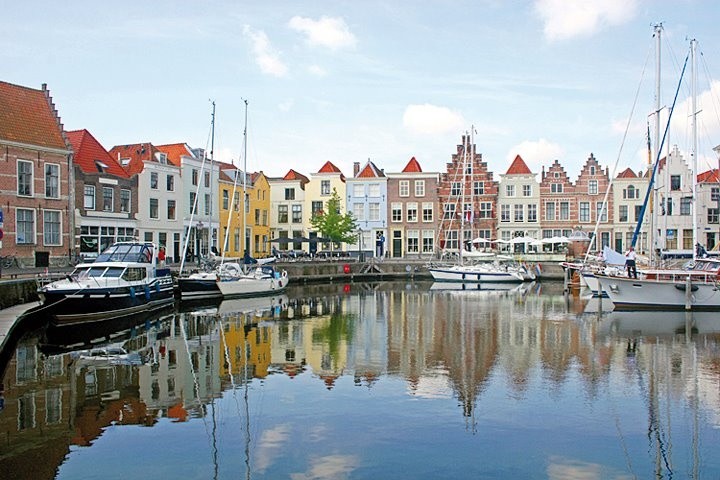 Goes is a municipality and a city in Zeeland. The city of Goes has approximately 27,000 residents.

Goes was founded in the 10th century on the edge of the river De Korte Gos (the Short Gos). The village grew fast. In 1405 Goes received city rights and in 1417 it was allowed to build walls around the city.

The prosperity of the city was based on the cloth industry and the production of salt.

In the 16th century Goes declined and in 1554 a large fire destroyed a part of the city. Goes did not experience much population growth until the 1970s and 1980s. Then, the city grew fast and Goes is now the fourth economic center in Zeeland.

10. The Lighthouse in Breskens 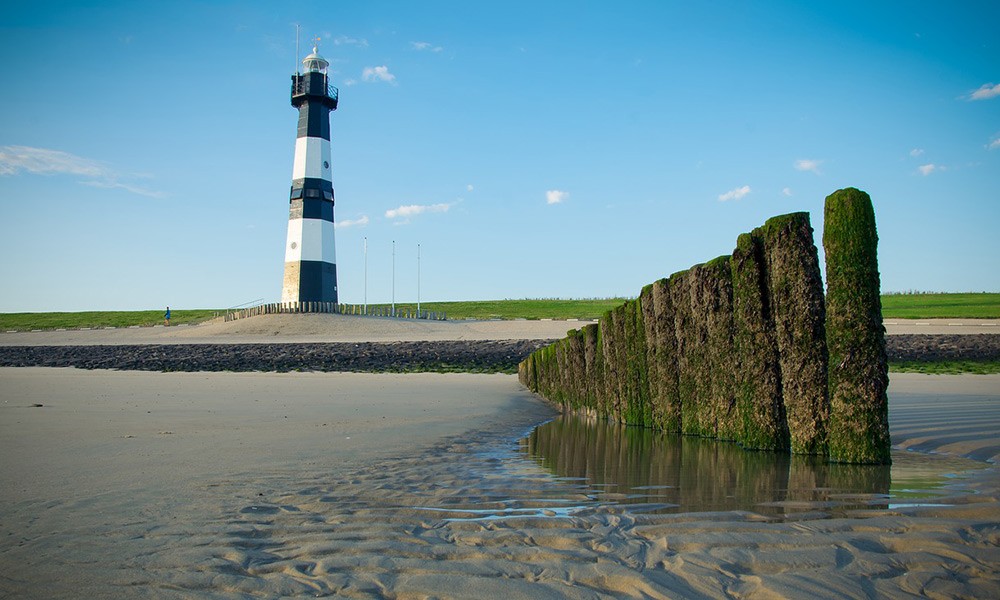 Breskens is a port town on the Westerschelde with a population of around 5,000.

The town is well known for the Visserijfeesten (Fishery Festival).

The lighthouse of Breskens is the oldest remaining cast-iron lighthouse in the Netherlands. It was built in 1867 and became a monument in 1982.

Zeeland Is Well Worth a Visit!

These are only a few images of impressive Zeeland and only include a number of the beautiful villages, beaches and rural areas that Zeeland has to offer.

So, if you ever make it to the Netherlands and have some time: travel to Zeeland to see a different side of the country!

If You Are Planning a Trip to the Netherlands, Also Read: