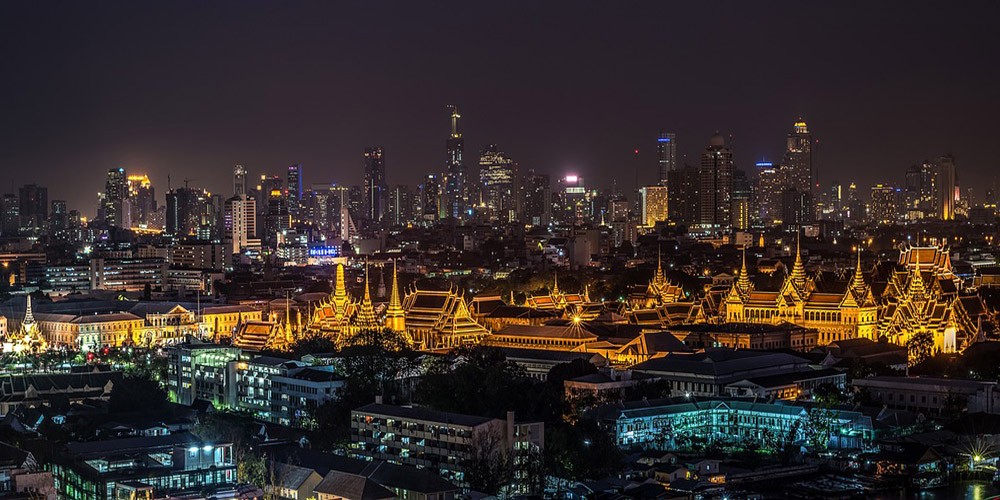 This is an interview about moving to and living in Bangkok.

Bangkok is a cosmopolitan city that attracts expats from all over the world.

I am traveling through Thailand myself at the moment and spent some time in Bangkok. This made me wonder even more what attracts people to move to Bangkok and what expat life is like in Thailand’s capital… 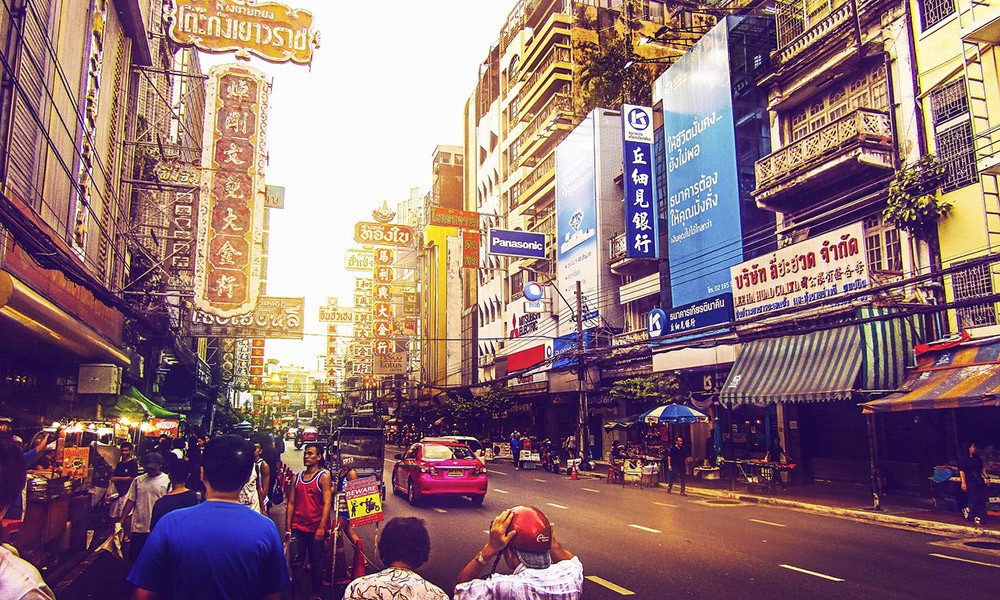 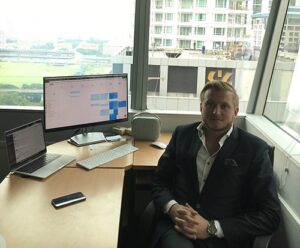 “I’ve always been very adventurous and for as long as I can remember I’ve been trying to explore more and more.

This does not only apply to travel but to all different decisions life throws at me.

There is a quote from Pippi Long Stockings (a children’s fictional character I grew up with) that goes “Oh, that I’ve never tried, so I can probably manage to do it!” I think that explains a lot about my mindset.

So, when I was asked to move to Bangkok I immediately said yes.”

Why Did You Move to Bangkok?

“As a student in Sweden I did my internship with a guy who was previously living in Bangkok and had a big network here.

When he later moved back to Bangkok he introduced me to another Swede who was looking to hire a person for a position in his company that would fit me very well.

So, long story short, I accepted the job and moved to Bangkok.

I really just moved here on a whim, without knowing a lot about the country or its culture. I had traveled to Thailand briefly a few years before, so my expectations about what life in Bangkok would be like were purely based on that.” 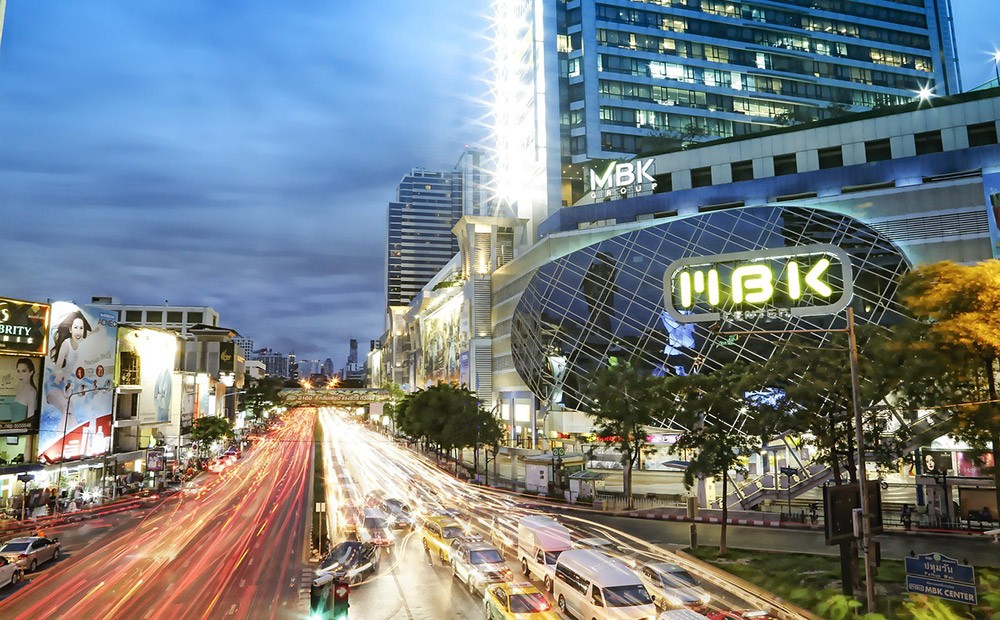 “Apart from the country’s fantastic landscape with mountains, jungle and beaches, I really like the culture which in my opinion is a very down to earth culture with a lot of love.

It makes it even better that with a decent salary you get to do a lot since prices of food, transportation, etc in Thailand are still very affordable.

I’ve never felt as relaxed as since I’ve been living in Bangkok.”

What Do You Dislike About Living in Bangkok?

“Oh, hehe. I’m not the biggest fan of the non-existing urban planning. I really wish it was easier to walk around or even bike around town.

I also don’t really like how the school system is built up with its hierarchical culture where you don’t question what the teacher says.

This makes people afraid to question things they don’t agree with and that can be quite tricky when it comes to certain situations such as work-related ones. I do however believe that this is about to change due to the country developing in general.”

Is Bangkok Safe as a Place to Live?

In Sweden, we would see people arguing on the streets, in nightclubs and at night in general I guess. I’ve never seen anything like that here and I have been out a lot.

I’ve never seen someone get robbed or ending up in a bad situation. However, this doesn’t mean that these things do not exist.

I guess it all comes down to who you are. If you are a person that seeks trouble you will easily find it.

One thing to remember is that Thailand is ranked very high among the most corrupt countries in the world. I do think that as a young expat going out to bars etc you will come into contact with the local police at some point. But if you don’t have anything to worry about you can always feel safe.

It might be good to read a bit about how the police work here. There are cases when they are trying to scam people.

But, I would like to emphasize that I feel safer living here in Thailand than in any country in Europe.”

What is Your Favorite Thing to Do in Bangkok?

“I’m a big fan of bar hopping, food and traveling. Sometimes I rent a bike for a day just to explore the city.

A fun fact about Bangkok: it has the most restaurants (110k restaurants) in the world! Four times more than New York which comes in 2nd place.

And, when they calculate the restaurants in Bangkok they do not include the street food vendors.”

What is Your Favorite Place to Hang Out in Bangkok?

“I basically spend at least 2 nights per week at Smalls which is ranked the 29th best bar in Asia.

Another bar I’ve spent an awkward amount of time in is Tropic City which is owned by Swedish friends of mine.

When it comes to food, let me just start by saying that I had made some dinner reservations even before I booked my flights when moving here. 😉

Anyhow, I eat everything, one day I’m eating street food outside my condo, the next day I’m eating at Gaggan or Joel Robuchon (two famous upscale restaurants in Bangkok).

However, I do have two restaurants where I bring all my friends who visit me in Bangkok. The first one is Daimasu (Japanese) and the second one is River View Guesthouse (Thai). In my opinion, those are very fun restaurants and also very affordable.”

What Is the Expat / International Community Like in Bangkok? 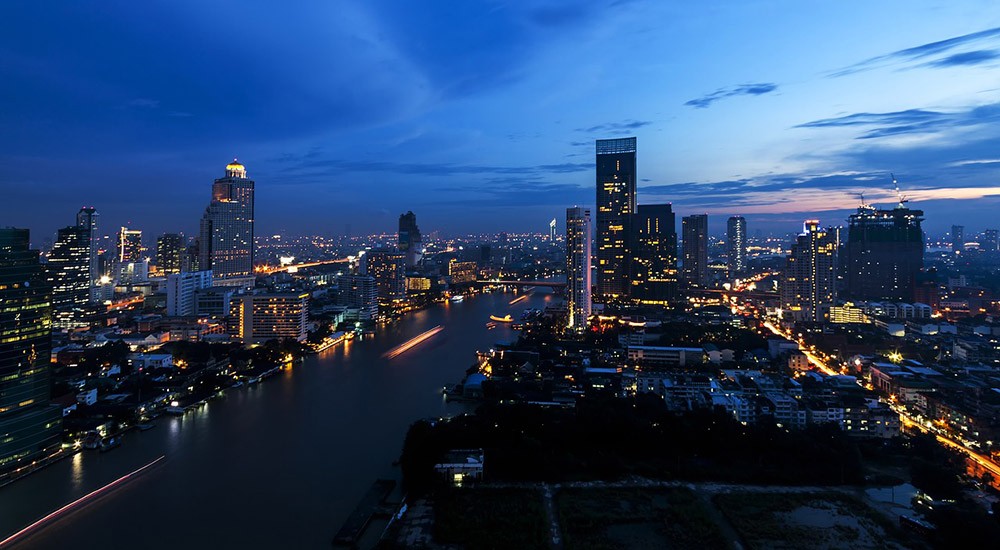 The expat community in Bangkok, and in Thailand in general, is quite big.

I’m not a frequent visitor of all the events that are held for expats in Bangkok by the different chambers of commerce but you’ll find me at them every now and then.

But, the chambers of commerce organize events frequently. They all have their own website so I recommend Googling the one you are interested in, which will mainly depend on where you are from (for example, the American Chamber of Commerce in Thailand).

Alternatively, just check for events nearby on Facebook to find out what’s happening in Bangkok. That’s a great way to meet other expats living in Bangkok”

Any Tips for Moving to / Living in Bangkok?

“I think it’s easier to move to Bangkok than most people think.

I was lucky enough to have a friend here who set me up with an interview but I think it would be very easy to just pack your bags and come here on a tourist visa while applying for a job.

If you do it that way I would have attended a lot of different work-related events in order to get the contacts that hopefully would lead to a job interview.

You can also find specific recruiting events. Getlinks for example (a recruitment company) organizes recruiting events every now and then where they find candidates and promote their services.

Finding a place to live in Bangkok is surprisingly easy. Just go to hipflat.co.th where you’ll find a lot of listings.”

Any Resources You Found Useful During the Process of Moving to and/or Building a New Life in Bangkok?

Three websites I would recommend:

Is There Something You Just Have to See or Do When You Are in Bangkok?

“Too much to mention!

visit as many restaurants and bars as you can.

Rent a boat from Saphan Taksin pier for an hour (1,500baht), bring some beverages and enjoy an hour in the canals of “Venice of the east”.” 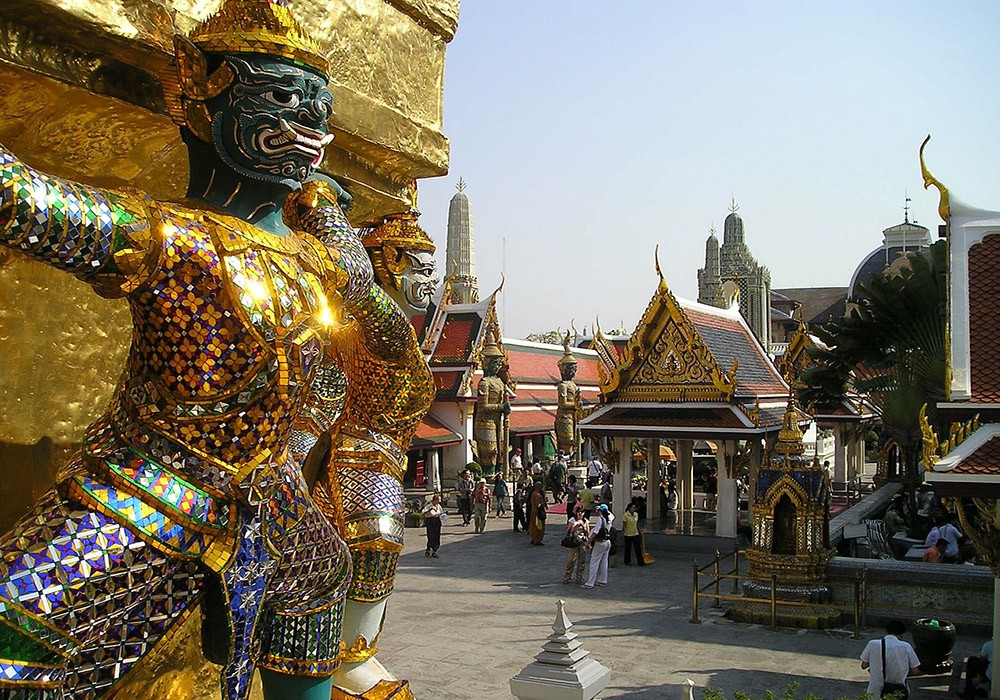 Bangkok, Thailand’s capital and most populous city, is a large city known for ornate shrines and vibrant street life.

Its high-rise buildings, heavy traffic congestion, intense heat, and naughty nightlife may not immediately give you the best impression. But don’t let that mislead you.

Bangkok is popular both with expats and travelers. It is one of Asia’s most cosmopolitan cities with magnificent temples and palaces, authentic canals, busy markets, upscale malls, a vibrant nightlife, a wide range of hotels to choose from and many fabulous sights and attractions that reflect its unique heritage.

Like this article about expat life in Bangkok? Pin it! 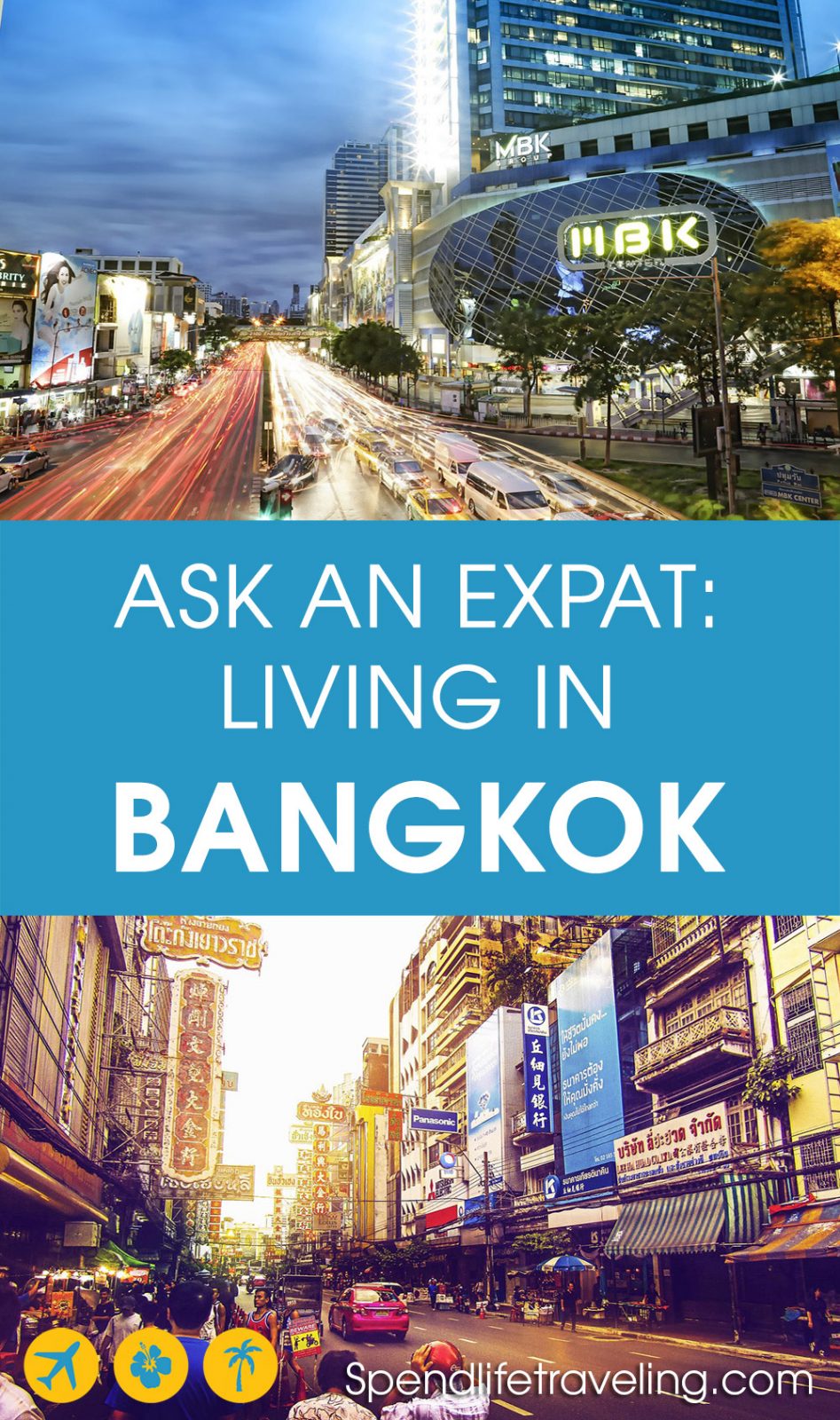 3 thoughts on “Ask an Expat: Living in Bangkok, Thailand”