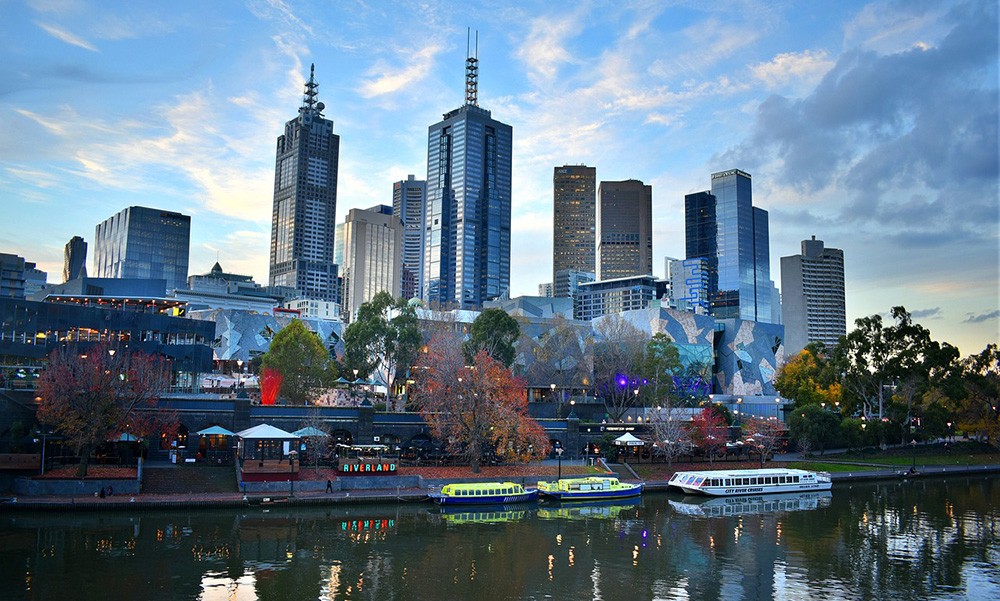 What’s it like to move to and live in Melbourne?

Melbourne has been one of my favorite cities for years. If it wasn’t so far away from my family and friends in The Netherlands I could easily see myself moving to Melbourne.

Melbourne has been voted the world’s most liveable city several years in a row. So it’s understandable that people from all over the world want to move to Melbourne.

In this Ask an Expat series I interview people living all over the world but outside of their home country. I try to help paint an honest picture of the ups and downs of life abroad. And to share tips for anyone thinking about moving abroad plus information about what to see and do in the city, town or country the expat lives in. 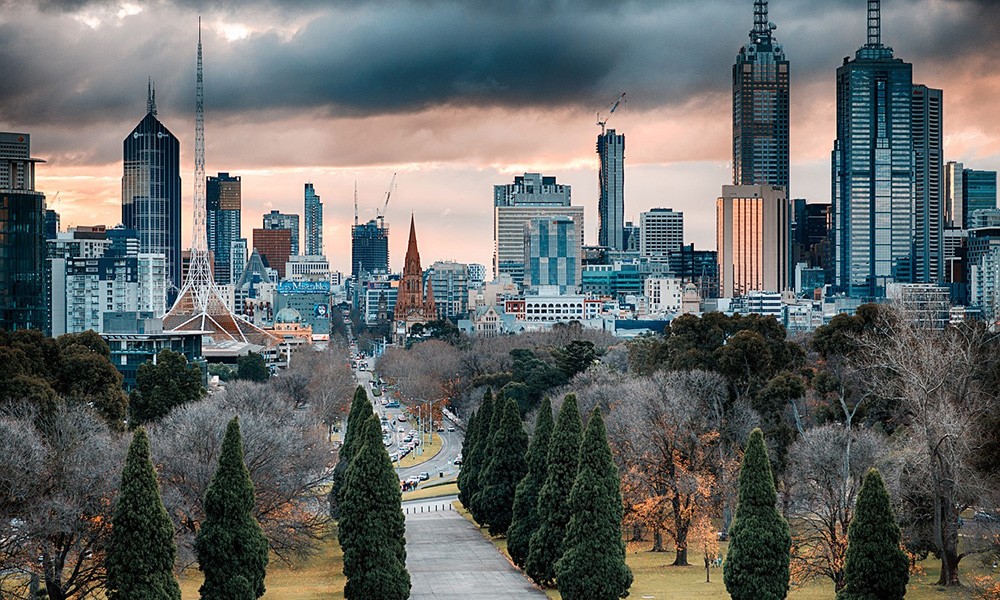 “I had quite a regular life prior to falling in love with travel. Happy but regular.

I’d lived in Manchester throughout my school and college years and then when it came to university, I decided to head elsewhere, a 1-hour train journey east, to Sheffield. At the time, this was a big deal for me!

I loved university, but the time had come to move back to Manchester once it ended.

I started a career in a bank, something I thought I would really like. That wasn’t the case and after around a year, my head was turned elsewhere by the prospect of traveling.

After saving up money I quit my job and jumped on a plane to Southeast Asia. I then spent 6 amazing months traveling around eight countries in Southeast Asia.

All good things come to an end though. Before I knew it, I was back in Manchester and back in a mundane office job I really didn’t want to be in.

Then, you guessed it, my head was turned by the prospect of traveling again. Not before too long, after saving money, I was traveling around Mexico, Guatemala, and Belize.

I didn’t want the trip to end this time though. So I decided a way to extend the trip was to work in Australia on a working holiday visa.”

Why Did You Decide to Move to Melbourne?

“I did some traveling along the east coast of Australia, and Melbourne was my favorite city by a long shot.

I decided that Melbourne was the place I wanted to settle while I saved up for more traveling. It wasn’t my intention to live in Melbourne long-term, but this city had me hooked from the start.” 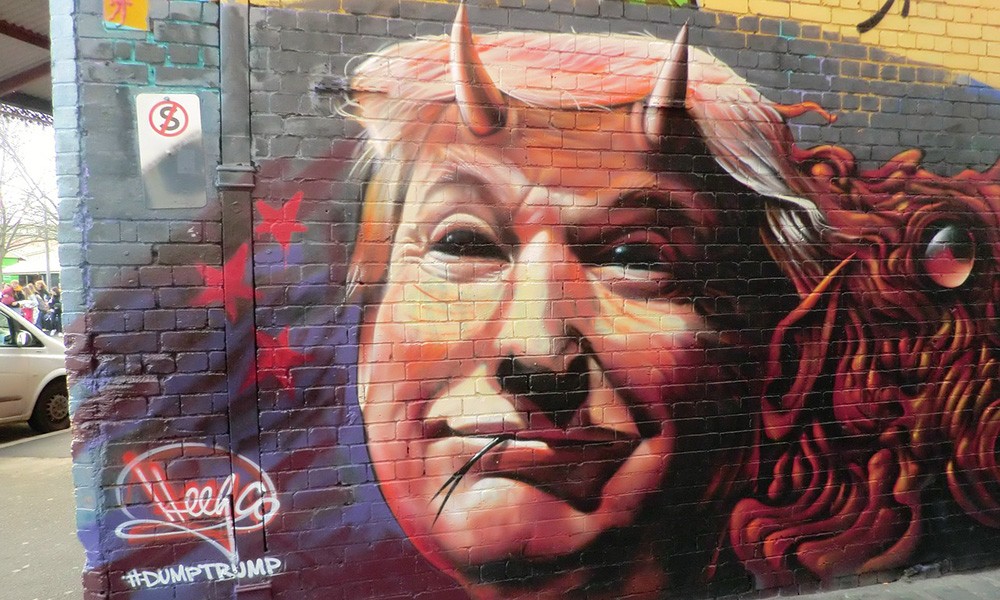 “An easier question would be what don’t I like about living in Melbourne. I love everything about this city.

If I had to narrow it down to three things I truly love about Melbourne it would have to be; the nightlife, the coffee culture, and the street art.

The nightlife is arguably the best I’ve experienced in any city I’ve ever been to. In other cities across Australia the nightlife has been more or less killed due to lock out laws, but not in Melbourne. There’s even one club which is open non-stop for the weekend!

The coffee… Where to start. If there’s one thing Melbourne is known for, it’s being a city of coffee lovers. Being a coffee lover myself, I feel right at home.

Step into any inner-city suburb in Melbourne and you’re likely to come across some weird and wonderful street art. The people of Melbourne embrace street art and I don’t think anyone here would consider it ‘graffiti’.”

What Do You Dislike About Living in Melbourne?

“If there was one thing I had to pick, it would be the weather.

Melbourne is often mocked for its poor weather by its other Australia neighbors. It isn’t as good as the likes of Sydney or Brisbane, but there are amazing summers here. Outside of that, it can be pretty dull.

However, I’m from Manchester, I’m used to rain, so it’s not a huge deal for me.”

What Is Your Favorite Thing to Do in Melbourne? 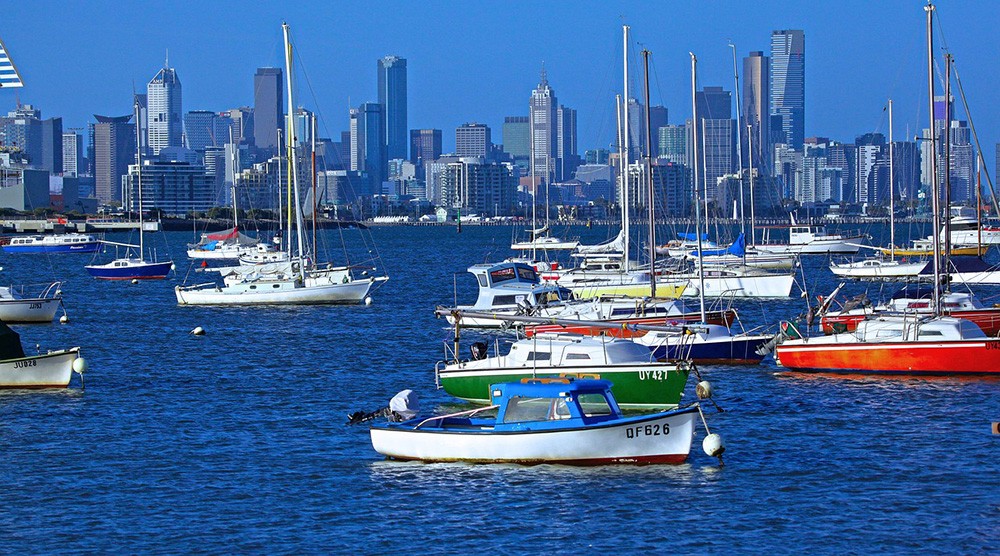 “This is a tough question!

If I had to pick just one favorite thing to do in Melbourne it would be spending time strolling around the city checking out all the different street art.

The northern and eastern suburbs have some really great masterpieces spread around the alleys, especially Collingwood and Windsor.”

What Is Your Favorite Place to Hang Out in Melbourne?

“There’s a suburb which is just outside the city called Fitzroy, pretty much anywhere there! There a ton of bars, restaurants, and cafes that I could spend all day in.

If I had to pick one place where I love to hang out in Fitzroy and in Melbourne in general it would have to be a bar called Naked for Satan. It’s a rooftop bar with stunning views of the whole city. The beers are great and so is the food!”

What Is the Expat / International Community Like in Melbourne?

“There’s a huge number of Irish and English expats in Melbourne, so it’s difficult to feel homesick.

That doesn’t mean to say that there are so many people from back home that you might as well be back home. I have a mixed group of friends from different nationalities, including English, Irish, Australian, and German, just to name a few.

Melbourne really is a city with a melting pot of different cultures and nationalities and that’s one of the reasons it’s so great!”

Any Tips for Moving to / Living in Melbourne? 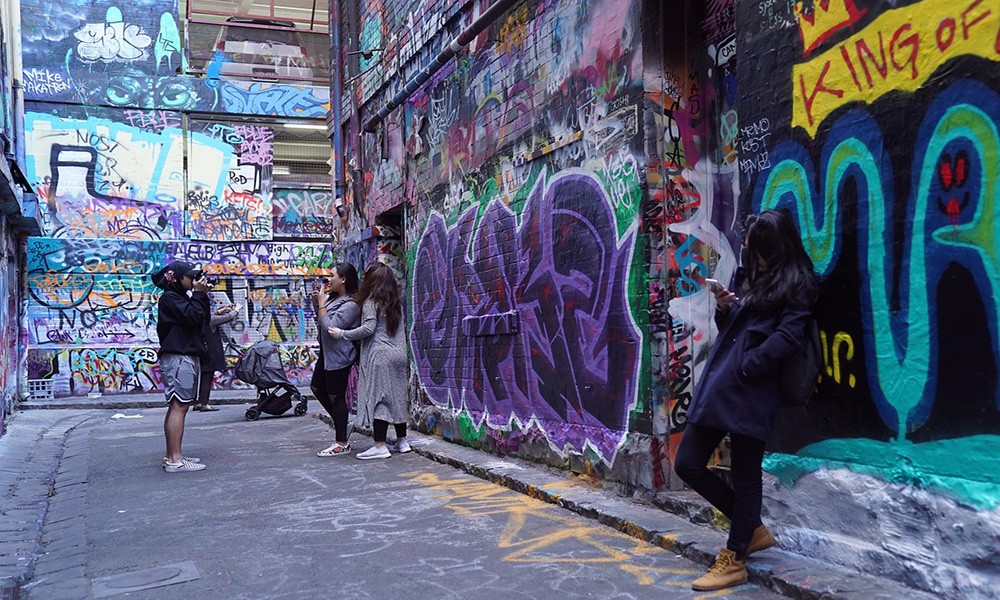 “If you’re not from Australia or New Zealand, moving to Melbourne permanently isn’t the easiest.

If you’re from one of the countries that are eligible for a working holiday visa, I would recommend going down that route initially.

That way, you have an easy way into the country to live and work for at least one year. The benefit of doing things this way is you can get a true feel for the city and really see if you want to settle here.

Following that, the easiest way to stay is to perform well in your job and get sponsored by your employer. Not every job is allowed sponsorship, only certain ones the government adds to the list.

If you’re lucky enough to find a job with the potential of sponsorship, work as hard as you can to impress and you have a ticket to stay in the country for around 4 more years until you get permanent residency.”

Any Resources You Found Useful During the Process of Moving to And/Or Building a New Life in Melbourne?

It’s got to be said, you will also find the answer to most things through word of mouth when you’re in Melbourne, or simply with a quick Google search.”

Is There Something You Just Have to See or Do When You Are in Melbourne?

“There’s plenty you have to do and see while you’re in Melbourne. It’s very difficult to narrow this down to just one thing.

I would definitely spend the day exploring the city and the inner suburbs, while stopping off for brunch in Fitzroy and a drink at Naked for Satan.

One more thing I would recommend is a trip to the viewing deck of Eureka Tower (the tallest residential structure in the southern hemisphere).” 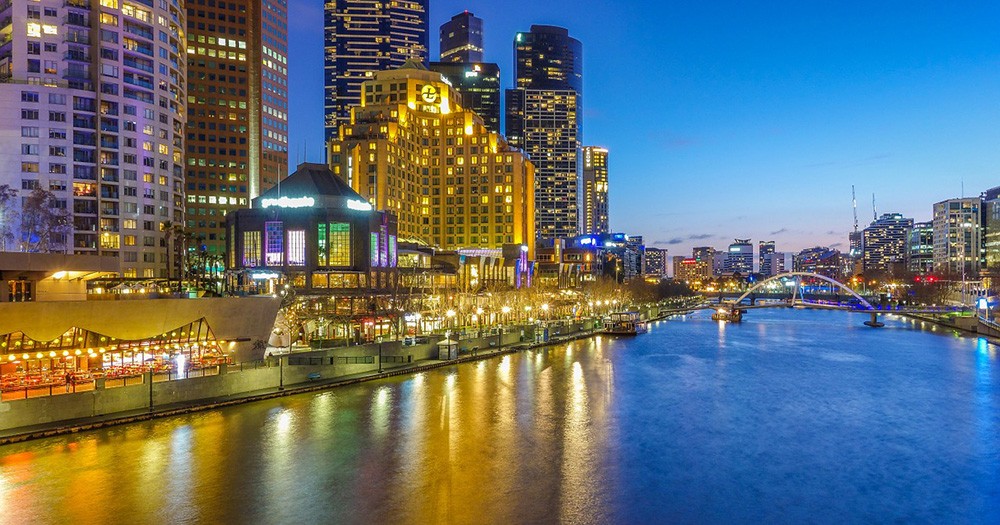 Melbourne is Australia’s second-largest city and the capital of the south-eastern state of Victoria.

Melbourne’s skyline is a fascinating mix of modern cutting-edge building designs and heritage architecture. There are a range of galleries and museums as well as world-renowned universities and research facilities.

Its nearly 5-million residents are both multicultural and sports-mad, which contributes to the city’s unique atmosphere.

Melbourne is home to people of 140 different cultures: Indigenous Australians, post-war European migrants and recent expats and immigrants from all over the world.

The city hosts a range of major international sporting events such as the Australian Open, Melbourne Cup Carnival and Formula 1 Grand Prix.

Melbourne is well known for its street art, coffee culture, pubs and live music… most of which can be found tucked away in a large number of iconic laneways. On top of that, the city offers many gardens and parks and easy access to national parks and other stunning scenery (The Great Ocean Road, Grampians National Park, Phillip Island, Royal Botanic Gardens).

Whether you are thinking about moving to Melbourne or are just planning a visit, Melbourne is a great city!

Like this article about expat life in Melbourne? Pin it! 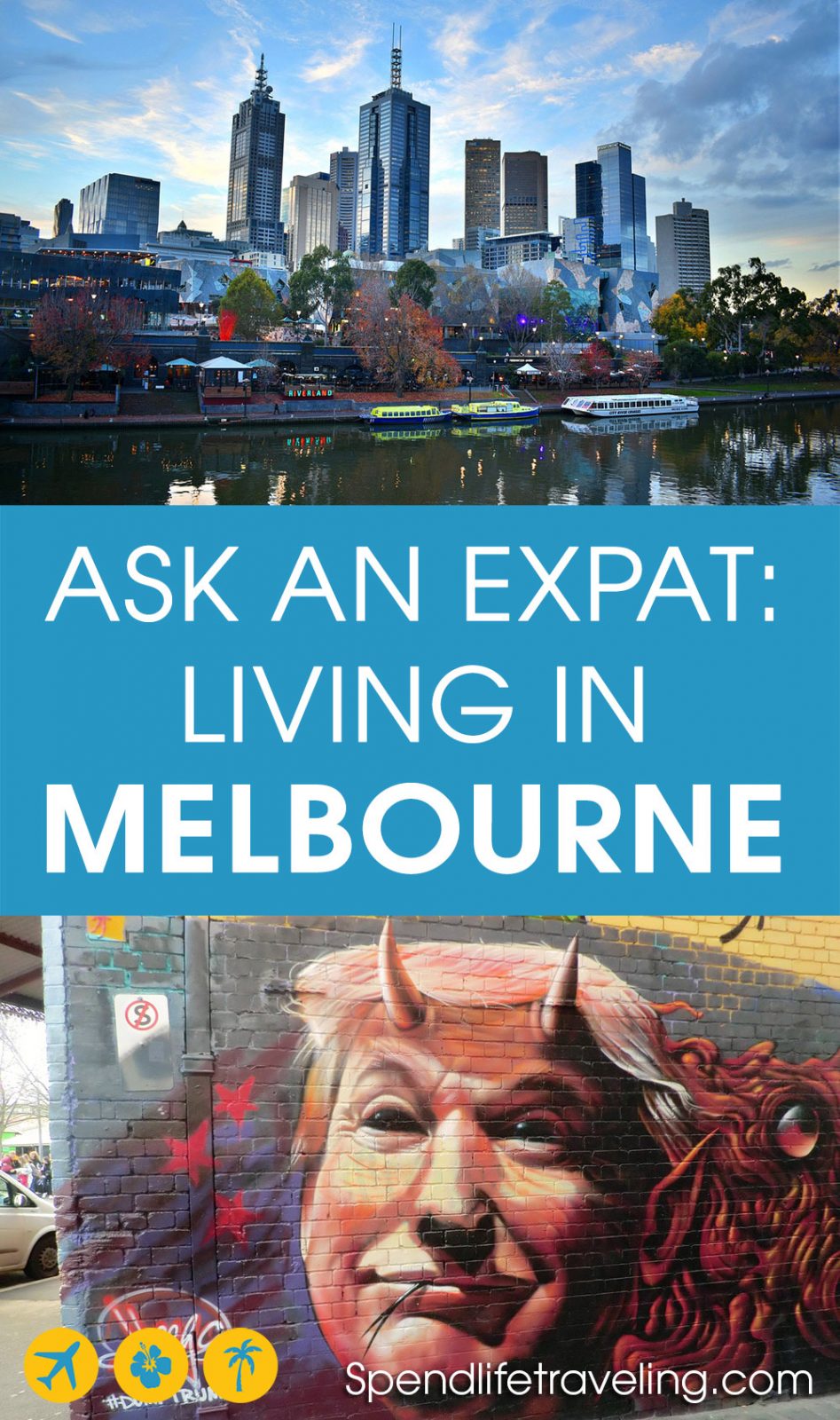 6 thoughts on “Ask an Expat: Living in Melbourne, Australia”