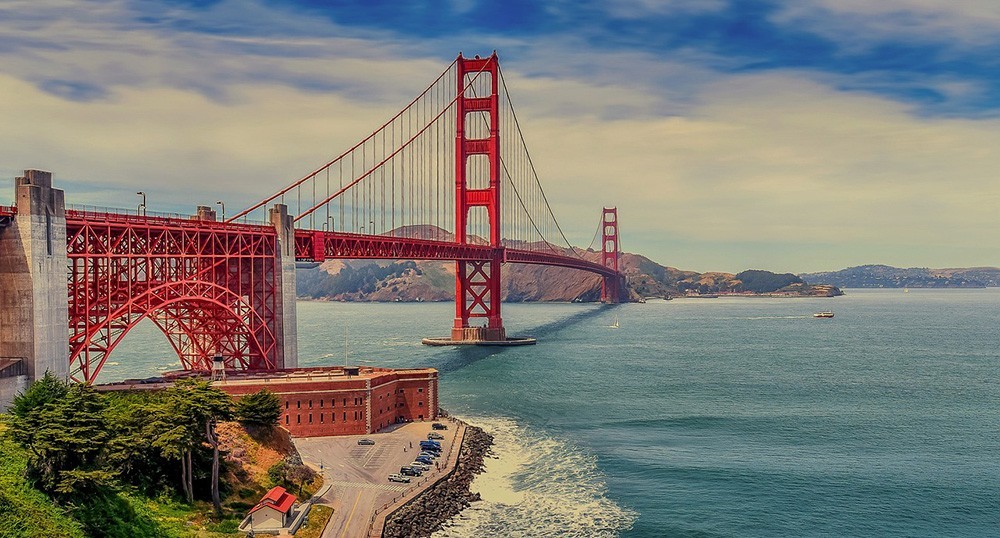 San Francisco is an incredible city and a popular place for exapts to move to.

But as much as I love visiting San Francisco, with its extremely high cost of living I don’t think it’s a city I would ever move to.

It does fascinate me though: what attracts so many expats to San Francisco? What do they like about living in San Francisco? Do they struggle with the high rent they have to pay for small, shared apartments? 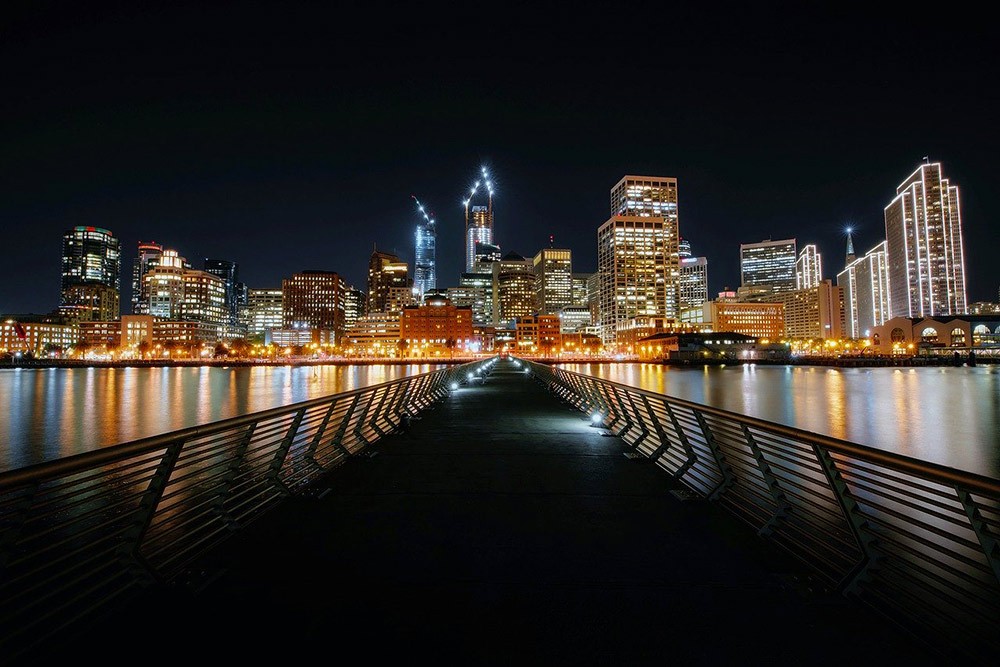 “I dreamed of travel as a kid the way some people plan out their careers or family: hoping and wishing but knowing that ultimately there’s no real way to be sure that it would pan out the way you want it to.

My dad immigrated to Australia when he was 19. Consequently, I traveled to his home country, Malta, quite a few times while growing up.

Europe has always been a huge draw for me. So I would save up all my leave from work and take five weeks traversing the continent when I could. Until I decided to take the plunge and move to London at 25. I had a few years of journalism experience behind me and figured it was time to take a leap of faith.

The decision wasn’t particularly well received by some, who thought I should be settling down, buying a house (as if I had the money) and getting on steadier financial ground. But I knew that it was a fork in the road and that I’d regret never setting out on my own. So I toddled off to London for a few years and had a ball.

It was my first taste of proper solo travel and I loved every second of it. Working nights at a daily paper then catching a plane or train to Scotland, Belgium, Italy, Austria, or wherever was cheap that week.

I eventually went home to Sydney for a couple of months before moving to Perth, Western Australia, for work. And although Perth is in a gorgeous part of the country, after London the city seemed tiny.”

Why Did You Move to San Francisco?

“A few years after moving to Perth a friend mentioned a job in San Francisco that I might like. So, I interviewed and six months later had a visa and was landing in California.

To be honest I was a little skeptical to begin with. The US wasn’t my first choice for a new expat home. But, California is very laid back and reminds me of Sydney in so many ways that it’s been a fantastic fit.

If an opportunity had come up in any other US state I would have thought much longer and harder on it before taking the plunge. I didn’t ever want to live in a state where people were legally able to carry guns openly. I’m not too keen on concealed weapons either to be honest.

It was a tough decision, but the more I researched California and life in San Francisco, the more I realized that it was a little different to the rest of the US. It mostly aligned with my outlook on life and politics.

There are a million great spots to go camping, hiking, or just be outside. The weather is lovely most of the time and the people are laid back and welcoming.

Of all the cities in the US, I think San Francisco was always going to be the best fit, and where I’d be happiest.” 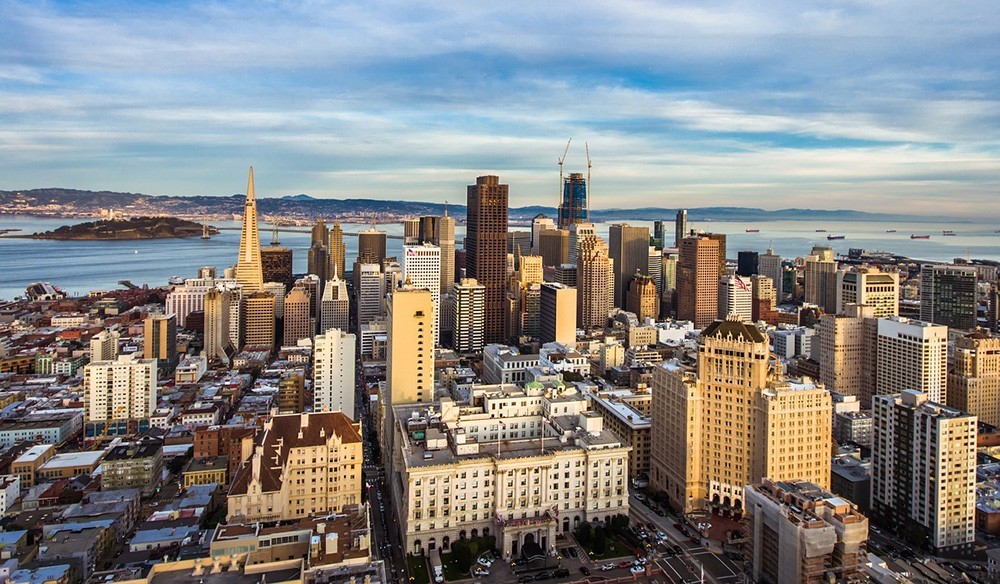 What Do You Like About Life in San Francisco?

“Life in San Francisco is so easy to love. And I’m not just talking about life in the city.

Sure there’s the draw of big city life with so many things to do, places to eat and new experiences to be had. But the peninsula is gorgeous as well. There’s a great balance between green space and settled areas, and a trip over the bridge to “get away” is always rewarded with beautiful scenery.

People are, for the most part, pretty friendly. You can tell they are because they all have dogs and they take those dogs everywhere. Even to the supermarket.

It’s not too difficult to make friends if you’re open to saying yes a fair bit. Also, the food trucks are excellent. Food is very important to me, and I love that there’s such a huge variety of cuisines from different cultures in San Francisco.

There is no shortage of things to see and do. There’s comedy in the park, a million museums, big name musicians are always doing concerts, great new places to eat out and pop-up museums like the Color Factory or the Ice Cream Museum.

Did I mention that San Francisco is on the water? Sure you can’t swim in the water because you’d freeze to death, but there’s something comforting about living this close to the ocean.”

What Do You Dislike About Life in San Francisco?

“There are only two things that I can think of.

The first is the cost of living in San Francisco. It is astronomical any which way you calculate it. Your dollar doesn’t go very far in terms of finding a place to live. As a result, people are crammed in with as many roommates as possible in tiny living spaces.

If you like your privacy you’d better be making the big bucks. It also means that people will rent out any kind of living space in order to make a few extra dollars. You’ll see a single room advertised with no cooking facilities and only microwaves allowed, bathrooms shared with an entire floor of people and living rooms being divided between people.

The first thing I noticed upon visiting San Francisco was the number of people living on the streets. It’s heartbreaking that a lot of them have mental health issues or are in wheelchairs. I won’t go to some parts of the city because they can be very intimidating in the day time, not to mention after dark.

San Francisco has a huge homelessness problem because the great weather means sleeping outdoors is more comfortable than in other parts of the country and because of the high cost of living here.”

What Is Your Favorite Thing to Do in San Francisco?

“I seem to have permanently itchy feet and don’t like hanging out inside for too long. So I’m always out and about trying new things and living in San Francisco is great for that because there are so many things to see and do.

I might drive into the city to aimlessly wander around and find some hidden gem. Or I’ll explore a nearby ghost town or drive down the coast for the scenery.”

What Is Your Favorite Place to Hang out in San Francisco?

“The Fillmore and The Warfield theatres always have great bands playing and awesome atmospheres. They’re both historic buildings that ooze charm and fun.”

What Is the Expat Community like in San Francisco?

“Because of Silicon Valley, San Francisco is a very multicultural place, with people from all over the world. It’s a great place for expats to meet up and there are heaps of organizations that run expat nights in bars and clubs to help you make friends.

Personally, I’ve found the Australian expat community to be really helpful in San Francisco. There’s a nice mix of oldies and newbies that you can go to for advice, because sometimes the red tape and rules around living here can be a bit confusing.”

Any Tips for Moving to / Living in San Francisco?

“Keep an open mind. There will be days where you’ll question yourself and your decision to live in SF. That’s normal. Just ride it out and think of it as an adventure (especially when you take a train and two buses to the Social Security office only to find out they close at midday on a Wednesday).

Have savings to fall back on, especially since you won’t have a credit history in the US so things will be a little more expensive for you.

Hooking up water and electricity will require an extra deposit because you don’t have that credit history, and to convince some landlords to rent to you, you may need to offer a couple of months’ rent in advance.”

Any Resources You Found Useful During the Process of Moving to And/Or Building a New Life in San Francisco?

Is There Something You Just Have to See or Do When You Are in San Francisco?

“You have to go to Marin in the North Bay.

It’s a beautiful stretch of beaches and hiking spots with gorgeous views back to the Golden Gate Bridge and the city. Fresh air in your face, the sun on your back and good friends. What more could you want?”

Katherine is an Australian expat living in San Francisco after having lived in Sydney, Perth, and London.

She waxes lyrical about life in the United States and hands out unsolicited tips to expats at Bright Lights of America. 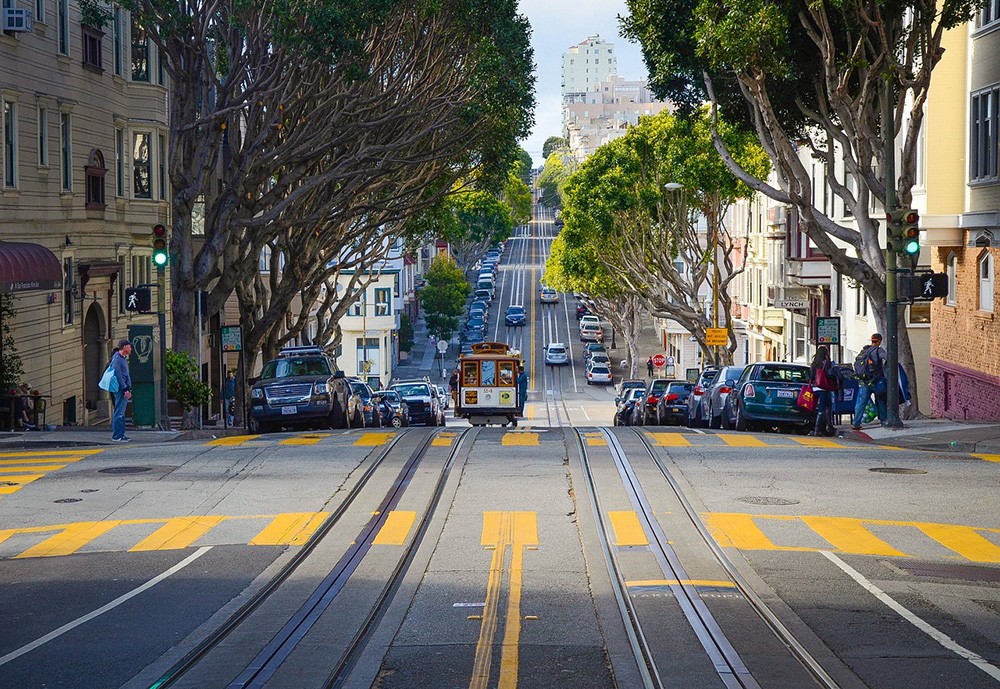 San Francisco is a hilly city in northern California, located on the tip of a peninsula surrounded by the Pacific Ocean and San Francisco Bay. It is known for its year-round fog, iconic Golden Gate Bridge, Alcatraz Island, cable cars, and colorful Victorian houses.

San Francisco is a cultural and financial center of the western United States and one of the country’s most cosmopolitan cities.

Silicon Valley, in the southern San Francisco Bay Area, is home to many start-ups and global technology companies. Apple, Facebook, and Google are among the most prominent.

Silicon Valley is also a large part of the reason why San Francisco is so appealing to many well educated expats from all over the world. It offers career opportunities many other cities can’t compete with and a fast-paced lifestyle many young professionals are attracted to.

Whether you come as a tourist or as an expat, San Francisco has a lot to offer!

Like this article about expat life in San Francisco? Pin it! 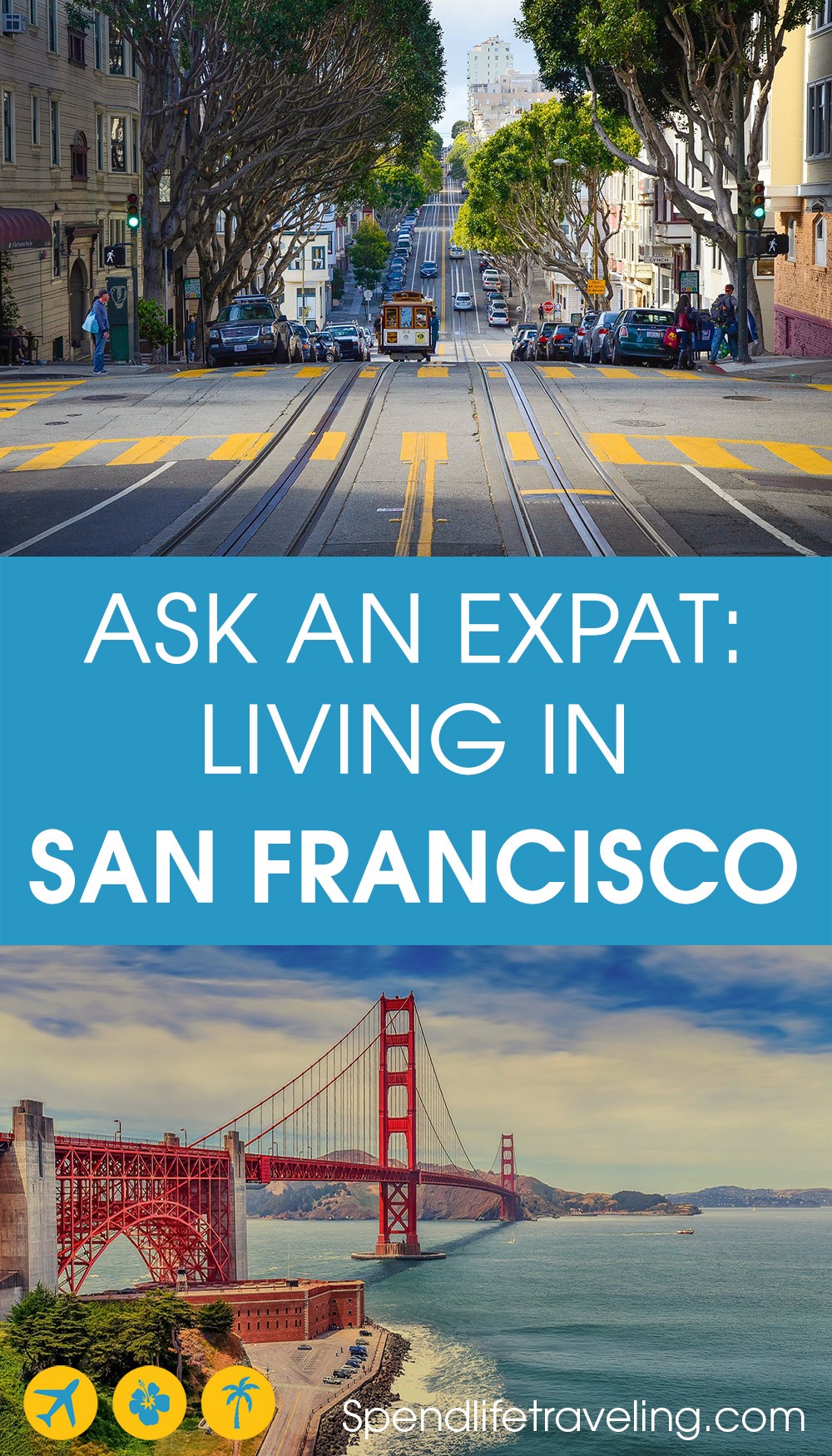