From the Netherlands I was supposed to fly to the island of St Maarten, in the Caribbean.

I flew to Paris and from Paris my next flight took me to St Maarten. Or well, it left for St Maarten. Barely two hours before we were supposed to land our pilot had an announcement to make: due to weather conditions the airport of St Maarten had been closed and would remain closed until further notice. We would therefore fly to Fort-de-France.

Fort-de-France… that must be somewhere in the Caribbean… But where? I didn’t want to admit it but I didn’t have a clue!

So until about 20 minutes after we landed, I had no idea where I’d actually flown to…

It turned out to be Martinique, a volcanic island in the eastern Caribbean Sea with around 390,000 inhabitants, lush vegetation and beautiful sandy beaches.

Eventually (everything takes time in the Caribbean) they managed to find all of us a hotel and I was ordered to a bus taking me to hotel L’imperatrice somewhere, as it turned out, in the middle of nowhere. 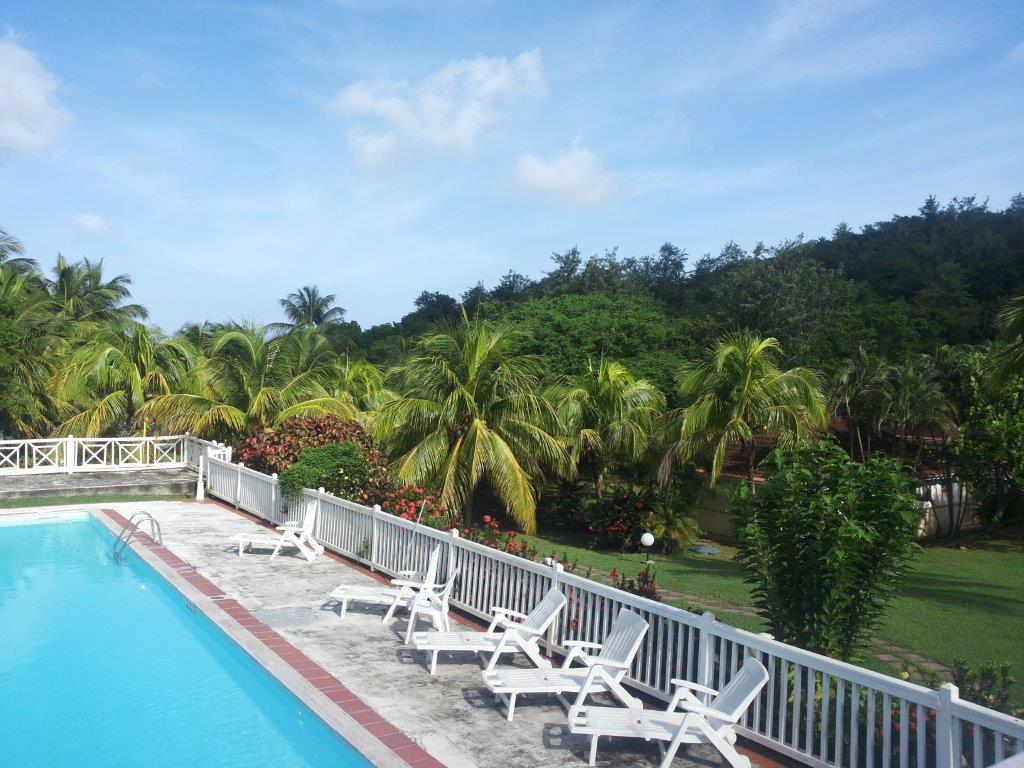 From the moment I heard though that we wouldn’t fly to St Maarten I got all excited. A free visit to an unknown destination, an adventure!

And it turned out to be exactly that. The hotel was basic and I ended up sharing my basic room because they sent more people to the hotel than it could take but the 24 hours I got to spend on this French island were great!

I met some really nice people, went for dinner with them, tried some local rum and spent the next morning exploring a small part of this beautiful island that I’d otherwise probably never have visited. To me, this was the perfect start of a new adventure abroad!

The tropical storm that was announced to hit St Maarten had turned into a serious hurricane. The first messages about people missing, boats sinking and houses being badly damaged came as a bit of a shock.

My contacts, and the people who were supposed to meet me at the airport, seemed unreachable. I heard stories about no water, electricity, and internet on the island… What was I going to fly into? How bad would the damage be?

It turned out to be both better and worse than I was expecting. Better because the house I would be living in was ok, apart from not having water for a few days.

But definitely worse than what I expected in many ways. Immediately as my plane started to descend this became obvious: I could see boats smashed onto the beach or into walls and docks, palm trees fallen over, electricity cables on the floor… It didn’t look good.

In the days that followed I met several people who lived on boats that sank meaning they lost everything: their home, their belongings, everything was gone after one evening of stormy weather…

The storm seemed to have been underestimated by everyone. Until the last minute, it had been announced as a tropical storm and not as a hurricane. Consequently, people failed to take appropriate measures and lost a lot.

When I Arrived the Island Was Clearly in Pain

The cheerful, lively vibe I remembered wasn’t there. People had started to check the damage to their properties, their businesses and that of their friends and family. They started to clean up, repair and move on.

In my first three days on the island, I saw something unique: the resilience of people. They didn’t wait for the government to come with solutions and to clean up the mess. No, they didn’t even wait for water and electricity to start working again, they just started doing what they could.

They cleaned, they repaired and they worked together. The solidarity was amazing to see.

And where on my first day here life in St Maarten seemed to have come to a halt with businesses remaining closed and a general atmosphere of defeat, it was only a matter of days before the island, with joined forces, was ready for business again. Ready to smile to the tourists who visit the island in such large numbers every day…

For me, it was a unique start of my new life abroad.

For a moment though I feared my new life would be over before it even started. I was going to work for a so-called ‘helmet diving excursion’ that uses a platform in a bay off the coast of St Maarten. What if that platform or the bay as a whole has been severely damaged? Then they can forget about running their excursion and I can forget about my job!

Thankfully the bay turned out to be almost completely untouched and the platform only had minimal damage. So the first few days on the job I spent repairing and cleaning but a job I had at least…

Now, two weeks later, life seems to be back to normal again for most of the people on the island. Cruise ships come to the island on a daily basis again and local business owners smile and welcome new tourists to ‘The Friendly Island’ in their typical Caribbean English.

Also Read: Things to Do in St Maarten & St Martin

Until next year, next hurricane season, when another hurricane could hit the island and damage your business or your house… An uncertainty I find difficult to live with!

If you would like to see some of the damage hurricane Gonzalo did to St Maarten / St. Martin, check out this video:

But, despite the regular devastating effects of hurricanes, St Maarten remains a beautiful island and a popular travel destination.

And there is no better way to support St Maarten, especially after a hurricane, than by visiting the island. So if you are looking for a destination in the Caribbean I can highly recommend a visit to St Maarten!

Check out my article about the best things to do in St Maarten.

Thinking About Moving to St Maarten?

And if you are interested in moving to the Caribbean but don’t know which island yet, then also read this interview about life in St Kitts.