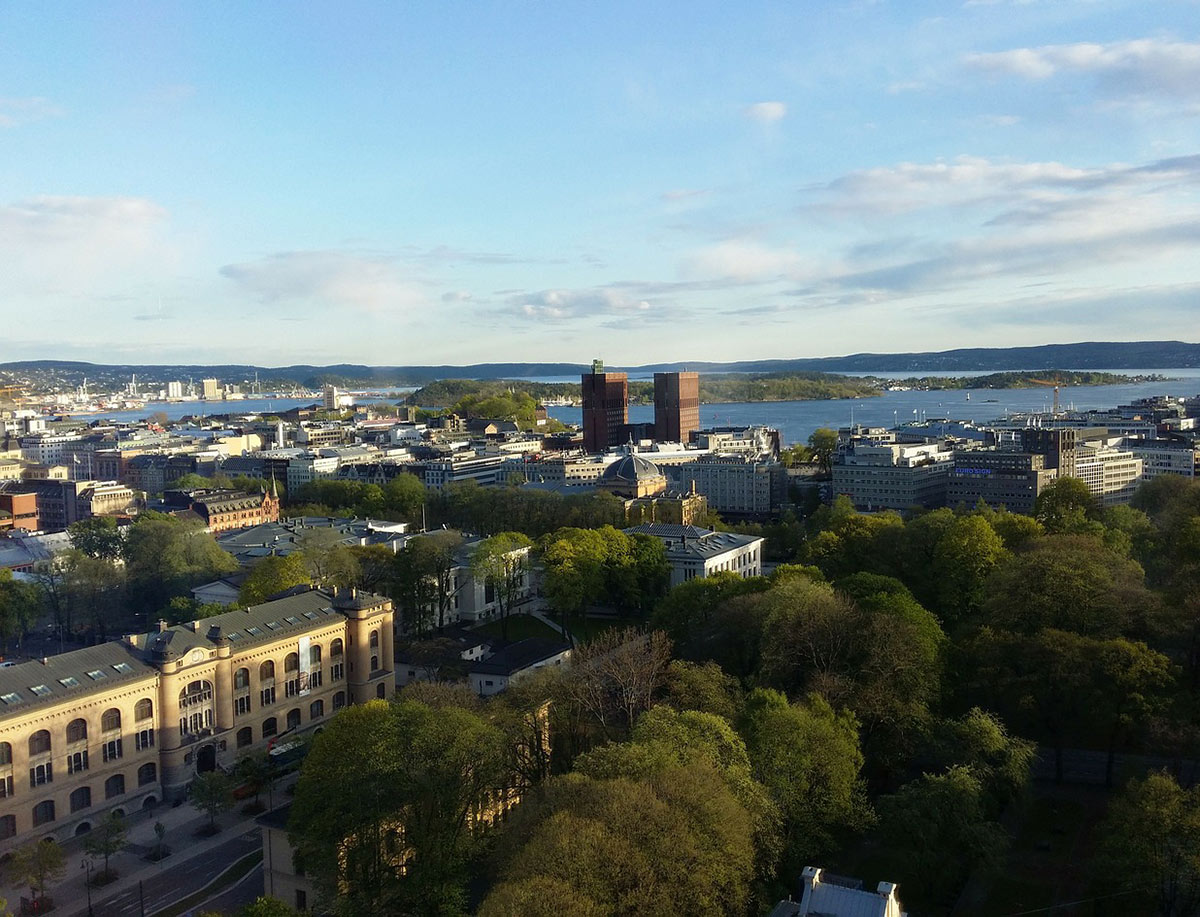 What is it like to move to and live in Oslo?

And although Norway’s capital may not be the most popular city to move to in Europe, it does attract a good number of expats. And that is why I was looking forward to doing this interview about what living in Oslo is really like. 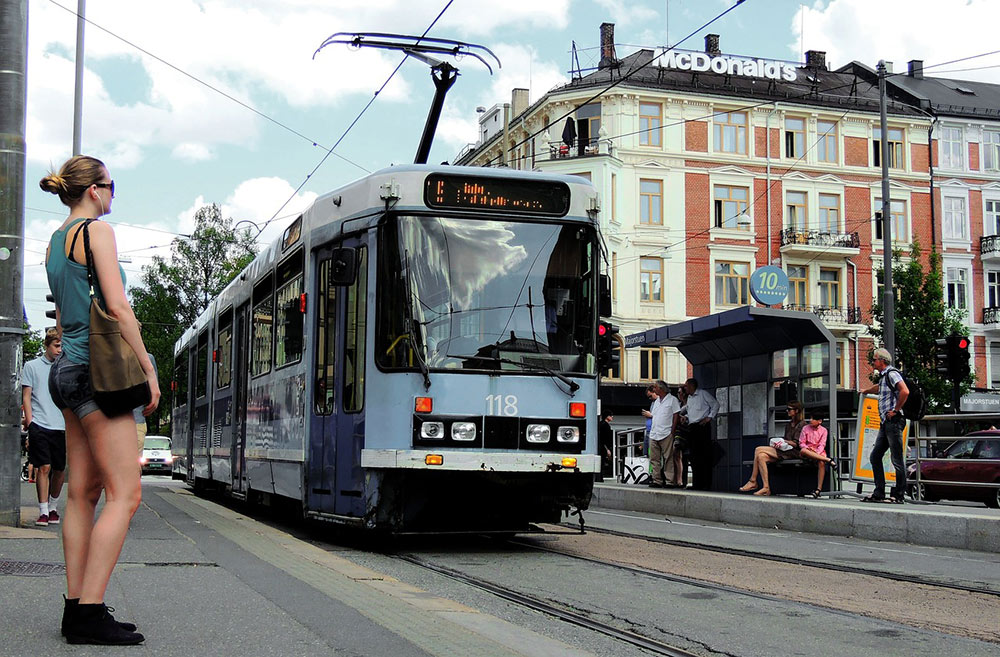 “I am a traveler, geologist and adventure lover.

My favorite activity is to be in the mountains, camping with a view of the stars.

I love exploring new and unusual places, trying new things, and challenging myself. That’s why I decided to move to Oslo.”

Why Did You Move to Oslo?

“I was living in Scotland, UK for 4,5 years and needed a change.

Initially, I and my partner were looking into moving out of Europe. However, there was one country in Europe that I would consider moving to and that was Norway.

When my company offered me a position in Oslo, I thought “why not?”, agreed to it, and this is how I ended up in Norway’s capital.” 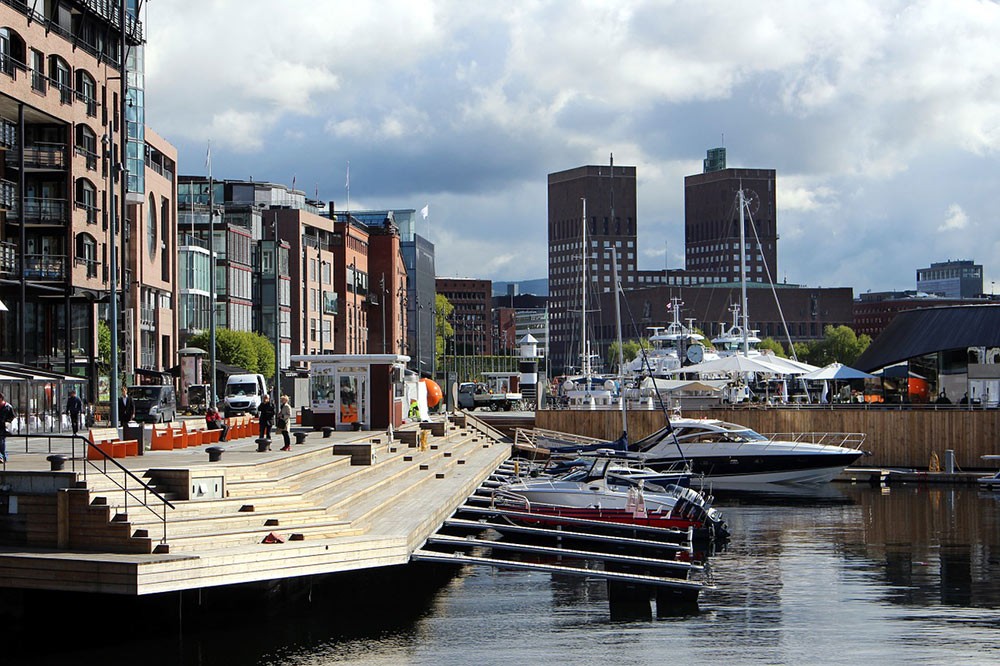 “My favorite part about life in Oslo is that it doesn’t feel like a big city.

I don’t like crowded spaces, so I was pleased to find out that Oslo is much quieter and calmer than other European capitals that I know.

Another thing I really like is how beautiful the surroundings of Oslo are. There are many options for day trips from Oslo, or weekend trips.

Whether you want to go for an adventurous hike, a gentle stroll along the coast, or learn more about the culture and history of Norway, it’s all possible.”

What Do You Dislike About Living in Oslo?

“After living in Oslo for a while, I feel like it takes quite a lot of time to get to other places in Norway.

This country is huge! The West coast is a seven hours drive away, and to get to the higher mountain peaks you need to drive for a minimum of four hours. To get to the north you need to fly.”

Is Oslo Safe as a Place to Live?

In fact, Norway is considered one of the safest countries in the world.”

What Is Your Favorite Thing to Do in Oslo? “It depends on the season.

In winter, I like visiting the frozen lakes, walking or skating on the ice, going sleighing, and skiing, and then sitting down in a cozy cafe by the fireplace.

In summer, I like to visit the islands in the Oslo fjord, swim, sunbathe in my hammock and watch pink sunsets.”

What Is Your Favorite Place to Hang out in Oslo?

”I have a favorite secret place, that is located further away from the touristy spots.

It’s a little cafe called Sjøflyhavna Kro, located on the edge of the water with outdoor sitting. Perfect for sunset drinks.”

What Is the Expat / International Community Like in Oslo? 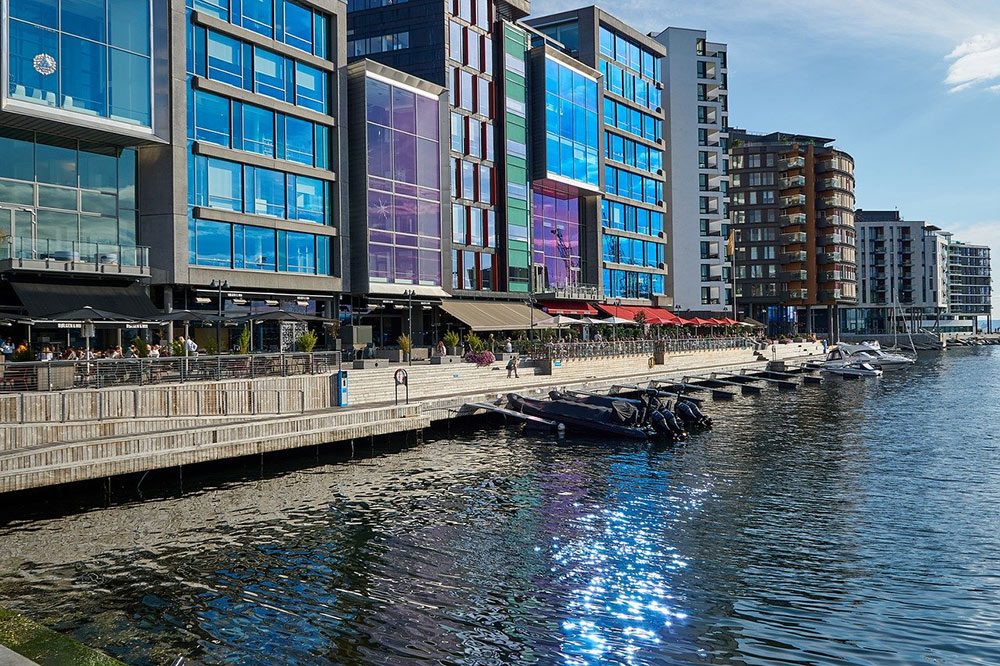 “There are a lot of expats living in Oslo, coming from all over the world.

I’m originally from Poland, and I know many Polish people living here.”

Any Tips for Moving to / Living in Oslo?

“Research it well before you decide to move to Oslo.

It’s quite pricey to live here and different from other places I’ve lived in.

At the same time, life in Oslo is very relaxed and you are close to nature. So it depends on what you are looking for.”

Any Resources You Found Useful During the Process of Moving to And/Or Building a New Life in Oslo? 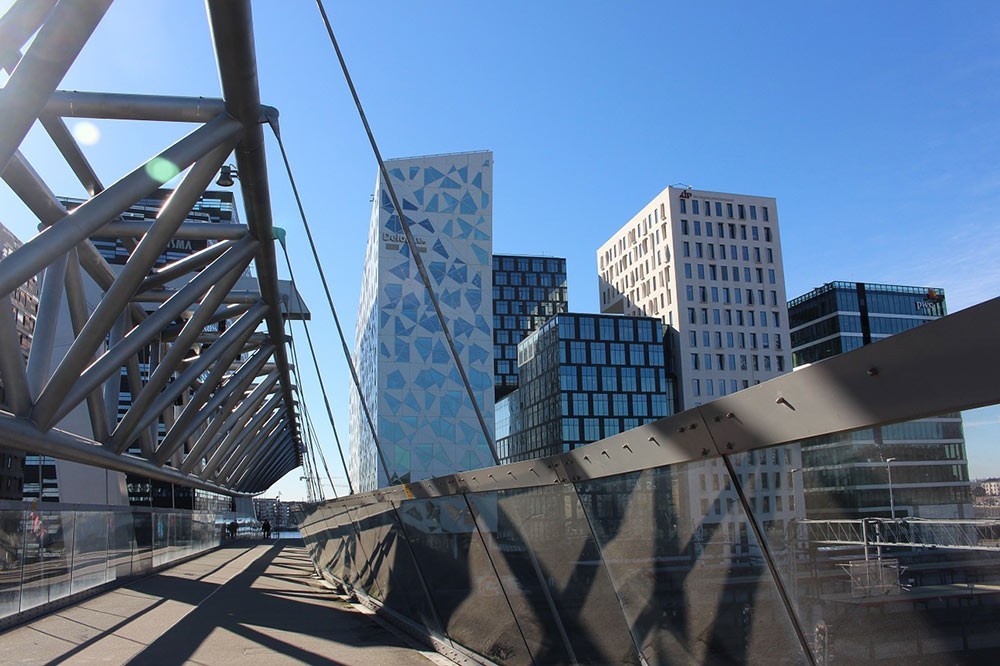 “People use Finn.no for everything here, also for finding properties to rent or to buy. The website is Norwegian, but Google translate can help.

Two useful websites that do have an English version are Yr.no for information about the weather and the Norwegian Directorate of Health

I’ve been using Oslo Facebook groups (just type in “Oslo” in the search bar and choose the ones that match your interests), to connect with other people living in Oslo and ask questions.

Meetup.com also works here, but I haven’t used it a lot.

On my blog I share information in English for travelers and visitors to Oslo and Norway.”

Is There Something You Just Have to See or Do When You Are in Oslo?

“A few of the must-sees in Olso:

There’s much more to Oslo than that, though, and on my blog, I share all the lesser-known and unique places that are worth visiting when you come to Oslo.” Aga is an adventure-loving travel girl, currently based in Norway and working as a geologist.

She’s been traveling independently all over the world for more than 10 years, visiting extraordinary places.

On her Outdoor & Off The Beat Travel Blog Worldering Around, she shares well-researched destination guides, fascinating outdoor adventures, unique locations, and budget tips, spiced up with quality travel photography. 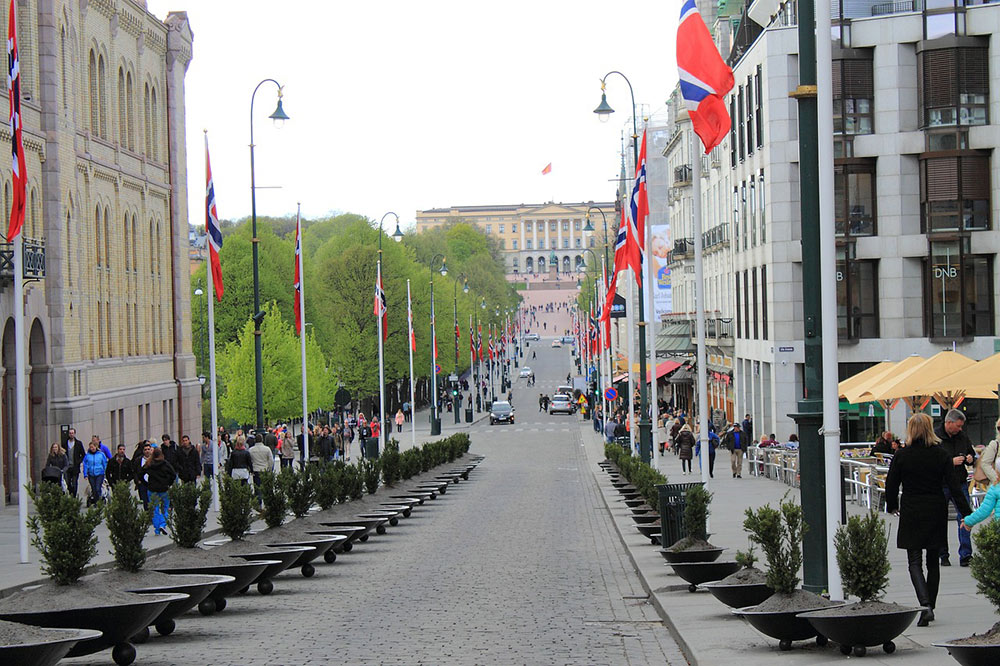 After a devastating fire in 1624 Old Oslo (around the mouth of the Aker river) was largely abandoned and the ruins converted to farmland. Today, a few church ruins are still visible but beyond that, virtually nothing of medieval Oslo remains. The new city Christiania was established outside the borders of Oslo, and ‘Oslo’ remained the name of the small, surviving settlement outside the new city borders.

During Christiania’s rapid expansion in the 19th century, the site of the original Oslo (Old Oslo, or ‘Gamlebyen’) was included in the city. Nowadays a large number of remnants from the old city’s farming history are still visible in place names and farmhouses.

The municipality of Oslo has a population of only about 690,000 people and there are around 1,5 million people in the entire metropolitan area. Yet it is one of the largest capital cities in the world by area. Most of this is forest, making Oslo a city in close contact with the nature surrounding it.

About a quarter of the population are of non-Norwegian origin, the majority coming from Sweden, Poland, and Pakistan. This has made Oslo an ethnically and culturally diverse city. Accompanied by a large influx of people from all around Norway, Oslo is often referred to as the “melting pot” of Norway.

Cultural differences have affected Oslo’s society and cityscape in matters of cuisine and shopping, which have all blended into the everyday life of Oslo’s population.

Oslo is the economic and governmental center of Norway and has a diverse and dynamic economy with one of the highest regional GDPs in Europe.

The city is a hub of Norwegian trade, banking, industry, and shipping. It is an important center for maritime industries and maritime trade in Europe.

Like this article about living in Oslo? Pin it! 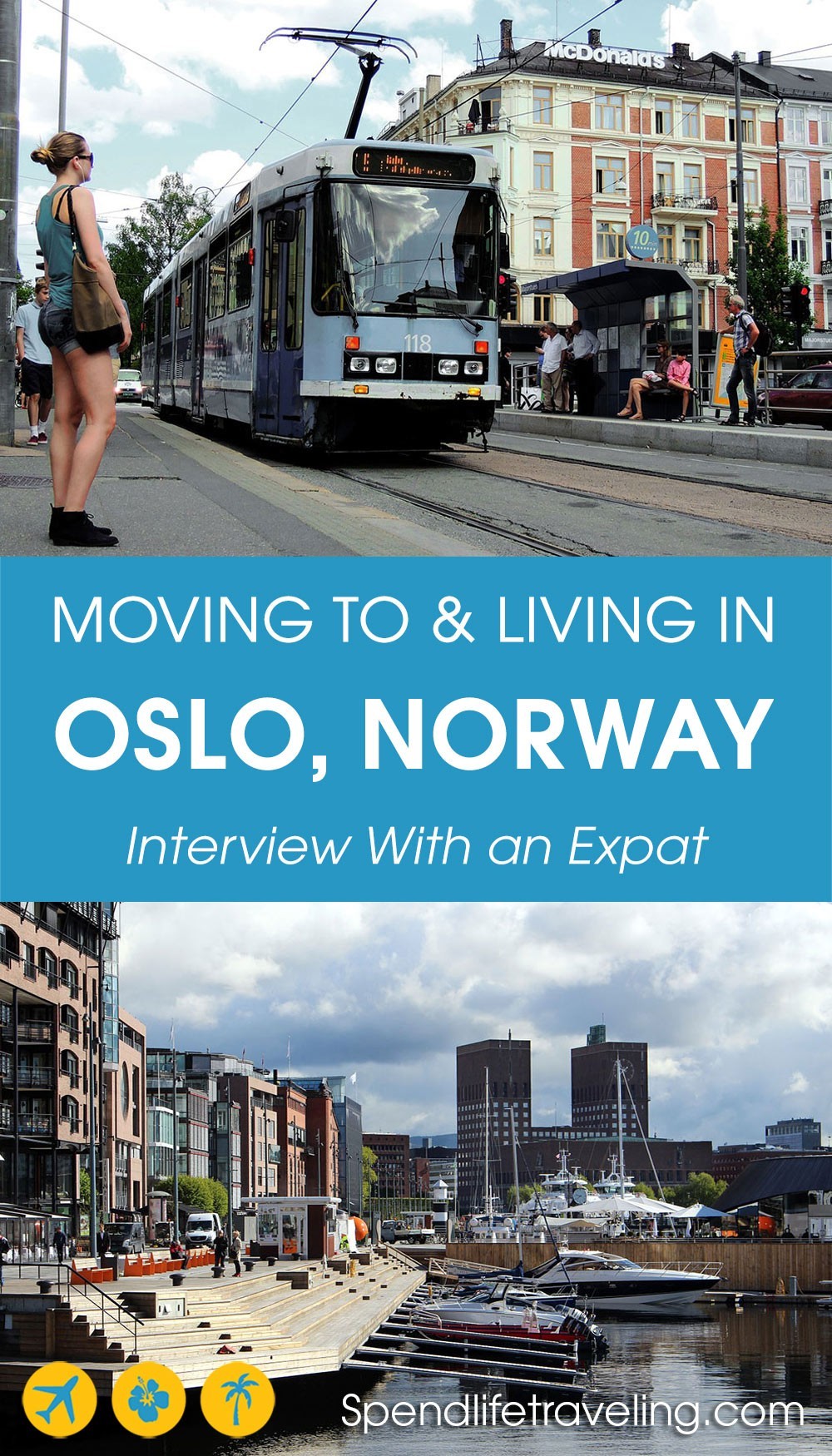 1 thought on “Ask an Expat: Living in Oslo, Norway”