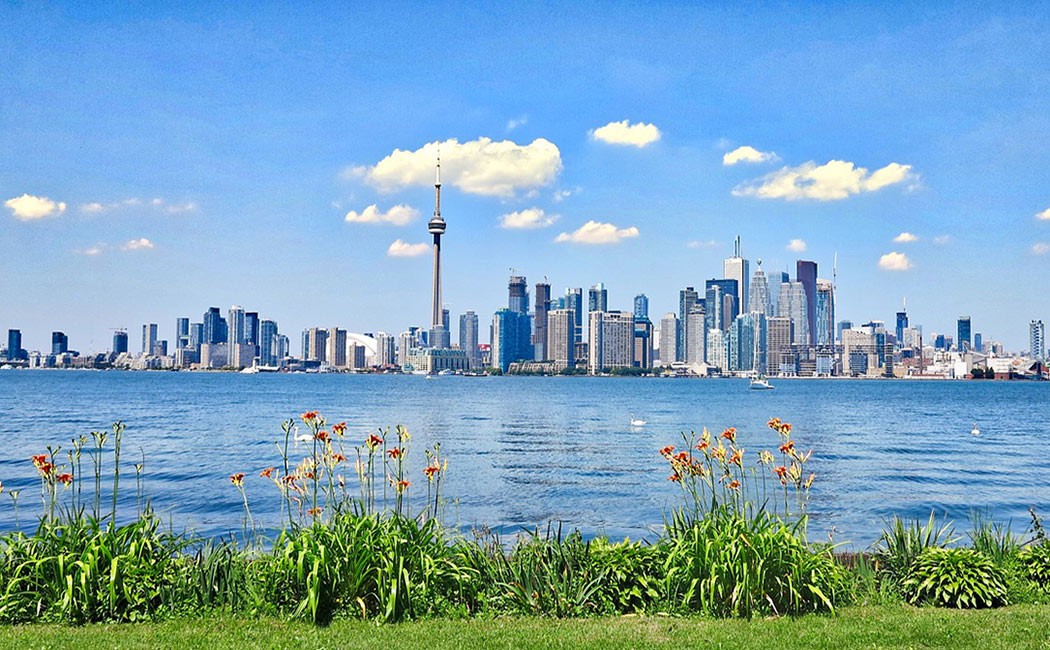 Toronto is a large, multi-cultural city and a popular place to move to. But does that make living in Toronto, and especially settling into life here, easy?

In this article, I interview Chelsea about what it’s like to move to and live in Toronto.

She shares both personal experiences and a lot of practical tips for anyone who is thinking about moving to Toronto.

“Prior to moving abroad, I was your stock standard country girl.

I grew up in regional Australia and was pretty much the same as everyone else in the town. My weekdays consisted of work, gym and being exhausted each night. And my weekends consisted of sport and the pub. As fun as this may sound, by the age of 22 I knew that there was something else out there for me.

I didn‘t want to be stuck in the 9-5 rut, working a job that I didn’t love, for the rest of my life.

From the age of 15 when I got my first job, I saw so many people in their 60’s who had worked at a place that they hated for 30+ years just because they were too lazy to make a change. They would constantly say things like, “Next year, I’ll go on a holiday” or “I’ve always wanted to visit X but never had the time”. I knew that I did not want to be this person in 40 years.

Although I was SO scared, I decided that I didn’t want to look back and regret not doing the things I had always dreamed of. On Boxing Day 2016 my partner and I walked into a Travel Agent’s and randomly booked a one-way ticket to Canada.

We had been speaking about moving abroad for a while at that point but had never had any concrete plans. On that day, we both decided that enough was enough; we decided to book the flight and let the rest sort itself out, and it did.

Fast forward six months and we wound up living in Toronto, Canada.”

Why Did You Move to Toronto?

My partner is actually a professional WWE style Wrestler and he happened to meet someone randomly who owned a training school just near Toronto. In their short conversation, this man said that we should move to Toronto.

That was literally all it took; we had no idea about life in Toronto or if we would like it, but based on this one man’s word, we moved there! 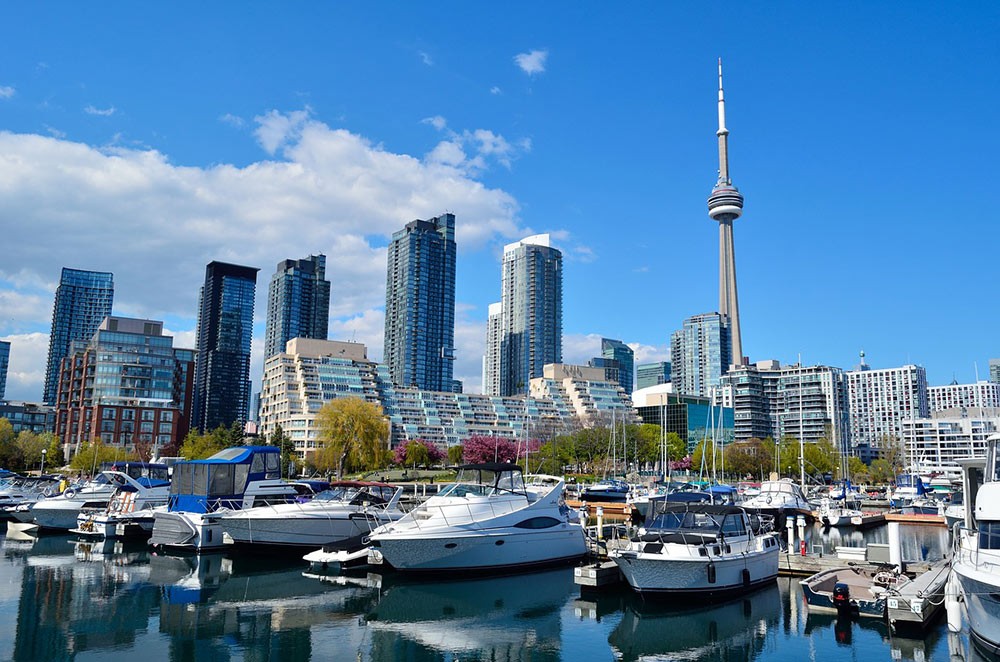 Toronto is such a vibrant city with so much to see and do in every season! Many people are deterred from life in Toronto due to the weather, but trust me; Toronto turns it on in the winter!

Both my partner and I absolutely love that literally no matter what direction you go, there is always so much to do.

We are big sports fans so having the Toronto Blue Jays, Toronto Raptors and the Toronto Maple Leafs at our doorstep is amazing.

We also love that the city is so multicultural. You can literally visit a different mini-city every weekend if you please. Among our favorites are the hippy Kensington Market, China Town, Little Italy, and Greek Town.”

What Do You Dislike About Living in Toronto?

As I said earlier, I don’t hate the cold weather as there are always so many beautiful winter activities to do.

But I don’t so much love the gigantic snowstorms. As beautiful as the snow is, sometimes it can be quite debilitating. When a snowstorm hits, it often makes it very hard to leave your home; the roads are covered in snow and sometimes your car is even boxed in under inches of thick white.

Driving in the snow is also crazy and can be very dangerous and it totally ruins the subway systems resulting in major delays for anyone wanting to get anywhere in the downtown core.”

Is Toronto Safe as a Place to Live?

“I have always found Toronto very safe. Obviously, just like any other city, there are areas that aren’t as safe but I have always avoided those spots.

Luckily, when we moved to Toronto, we used a visa company that helped us with things like this. We were given a list of safe and not so safe neighborhoods so we knew which areas to avoid from day one.

Areas of Toronto that I would avoid are Parkdale, Jane and Finch and St. Jamestown.”

What Is Your Favorite Thing to Do in Toronto? 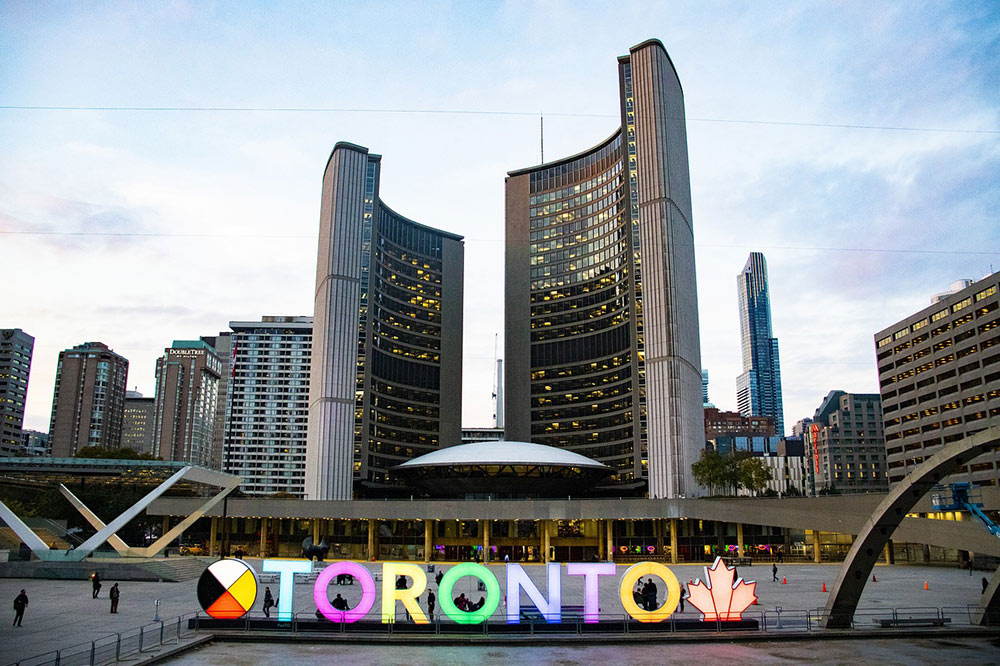 I love going to the Blue Jays games. Prior to moving to Canada, I had never seen or really been into Baseball (as we don’t have a major league in Australia) but since arriving in North America, it quickly became my favorite sport!

To be honest, I’m not even really into the game itself, I just LOVE the atmosphere of the game. There is always something going on and you are never bored.

Aside from sports, I also love just living in such a big city and being able to walk to so many places. Coming from such a small town in Australia, this was initially a big change, but once I got used to it, I loved it!”

What Is Your Favorite Place to Hang Out in Toronto?

“I would definitely say that my favorite spot in the Queen West/Ossington neighborhood. It is located in the west end of Toronto and has a very young vibe.

It is lined with cool bars and restaurants that all have their own unique feel, and it is situated right near the super trendy Trinity Bellwoods Park.

As most young people live in Condo buildings and have no backyards, the park is always full of young people hanging out and having a good time on the weekends when the weather is nice.

What is so great about this area is that being different is welcomed and encouraged. It is no shock to see someone walking a tightrope in one area and then playing the bongos in the next.

This neighborhood is truly an area where everyone can be themselves.”

What Is the Expat / International Community Like in Toronto? 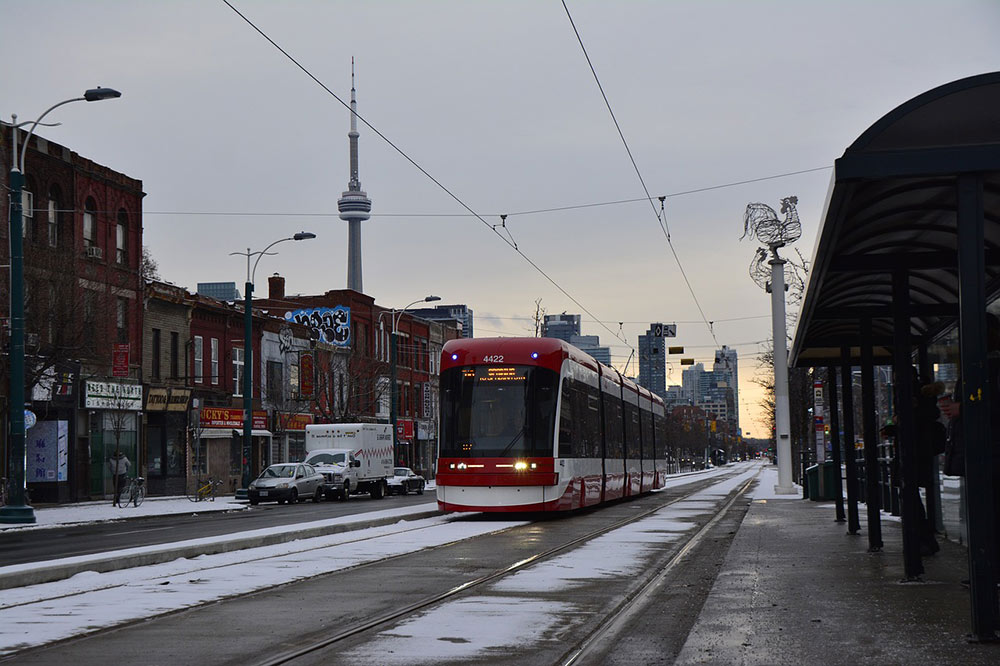 “I was actually surprised to meet quite a few Aussie’s in Toronto. Thanks to the amply named Facebook group Aussies in Toronto we were able to meet up with lots of fellow Australians and attend a few social events as well.

Although we loved meeting fellow Aussies, we also tried really hard to make friends with locals and other nationalities. We were very firm that we wanted to move abroad to experience new things and take in new cultures, so we found the idea of hanging with Aussies every weekend kind of silly considering we could have done that at home.

In terms of the entire expat community, it is large in Toronto.

There are so many cultures and nationalities that are welcomed into Toronto which is great to see. The biggest expat community that I have come across is probably the Irish; they bloody love Toronto!”

Any Tips for Moving to / Living in Toronto?

“Live close to a subway line! This is seriously so important if you want to get anywhere. The entire city is very accessible via Subway and much cheaper than driving so it really is wise to be close by.

Luckily for me, both of the places I lived in Toronto were close to a subway line. But I know of some people who haven’t been so lucky and have had to walk an hour to the subway and then get 3 different lines to get to work; not fun!

The subway is also very affordable; costing only $3.10 for a two-hour pass. The average cost of parking your car for a day in the city is $20-$30 so spending $6.20 on the subway round trip is much more cost-effective; and quicker!”

Any Resources You Found Useful During the Process of Moving to And/Or Building a New Life in Toronto?

Is There Something You Just Have to See or Do When You Are in Toronto? 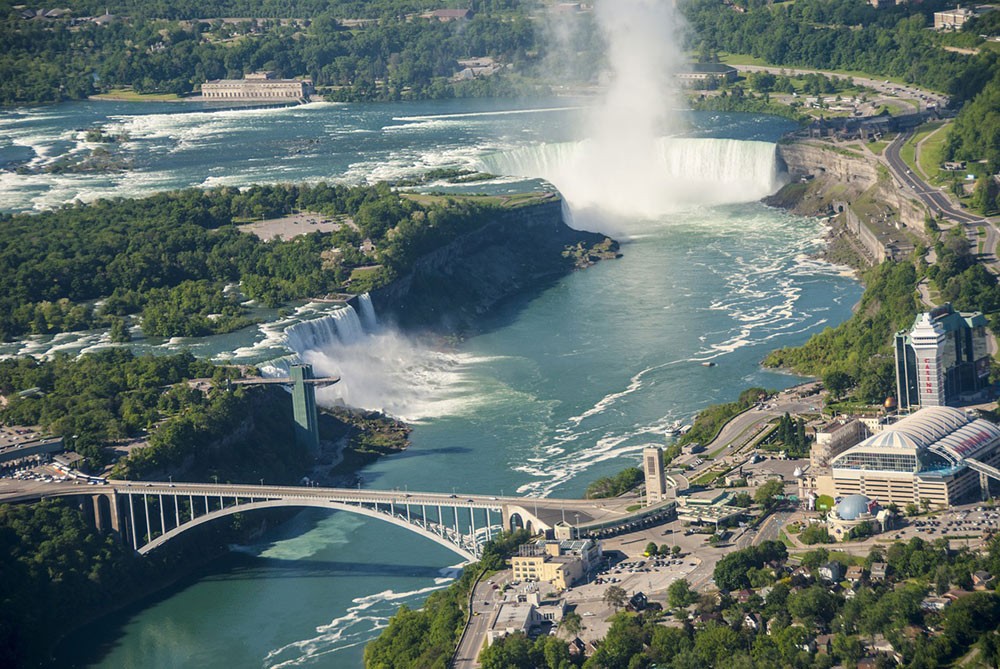 “Seriously everything! Toronto is so big and has so much to see and do, I find it hard to narrow down!

If I had to pick my top three, I would say:

Chelsea is an Aussie Expat who has been living in Toronto, Canada since 2017.

Her motto in life is to go against the mould that society has set for her and live a life of travel and adventure. Her aim while living in Toronto is to see as much of North America as possible and to never look back and wonder what could have been.

For more information about her life in Toronto and all her other adventures, check out her blog BRB Busy Living Life 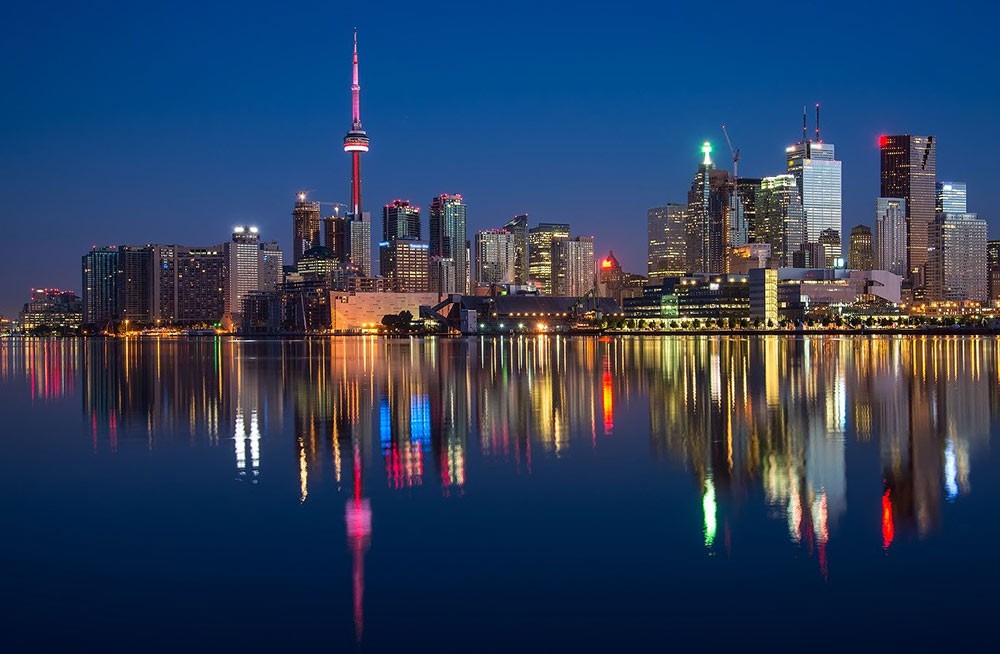 Toronto is Canada’s largest city and a world leader in areas such as business, finance, technology, entertainment and culture.

Its large population of immigrants from all over the world has made Toronto one of the most multicultural cities in the world.

The diverse population of Toronto reflects its current and historical role as an important destination for immigrants to Canada. More than 50% of residents belong to a visible minority population group, and while the majority of Torontonians speak English as their primary language, over 160 languages are spoken in the city.

Toronto is a prominent center for music, theatre, motion picture production, and television production. It is home to the headquarters of Canada’s major national broadcast networks and media outlets.

Like this article about life in Toronto? Pin it! 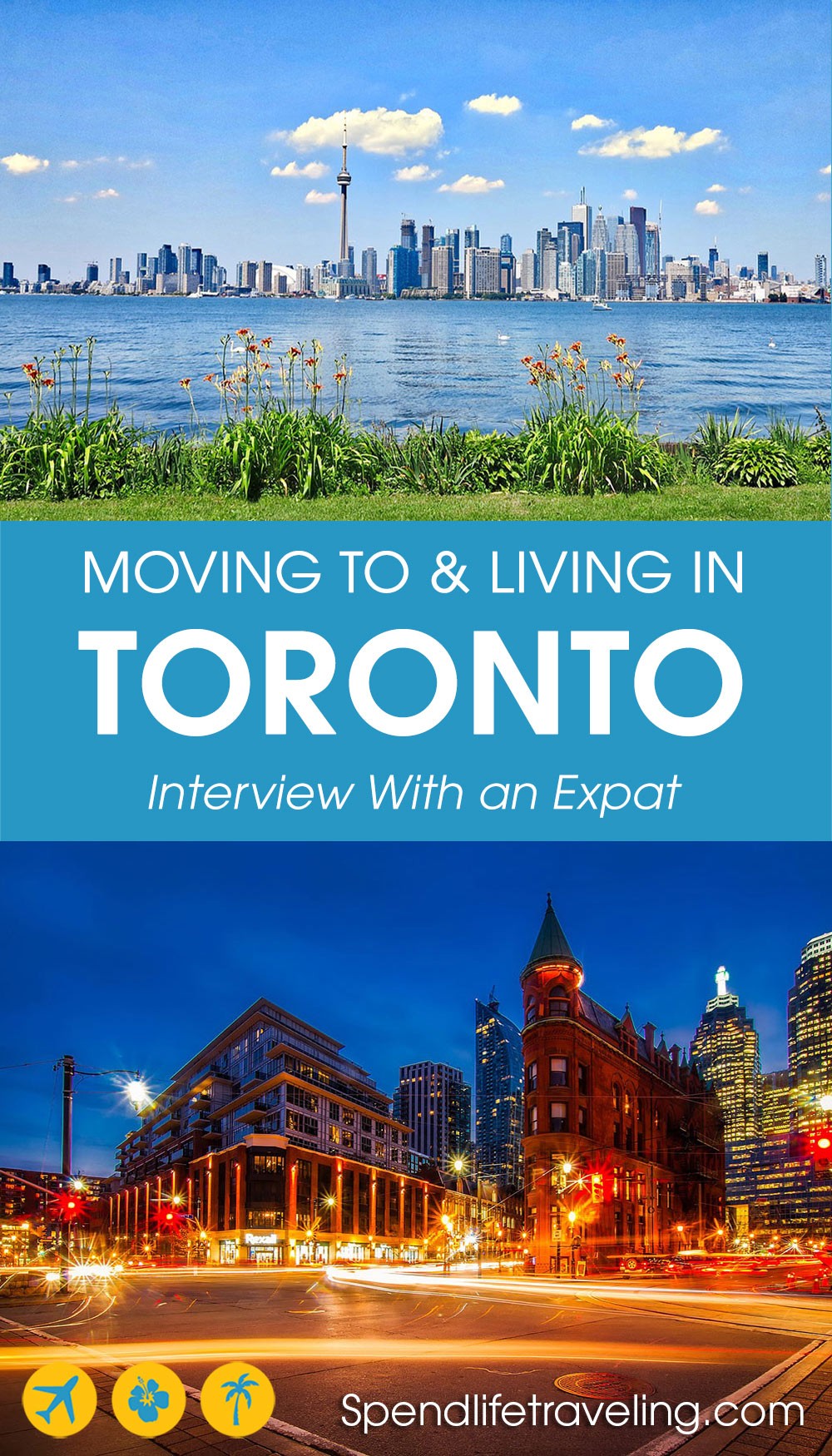 1 thought on “Ask an Expat: Living in Toronto, Canada”