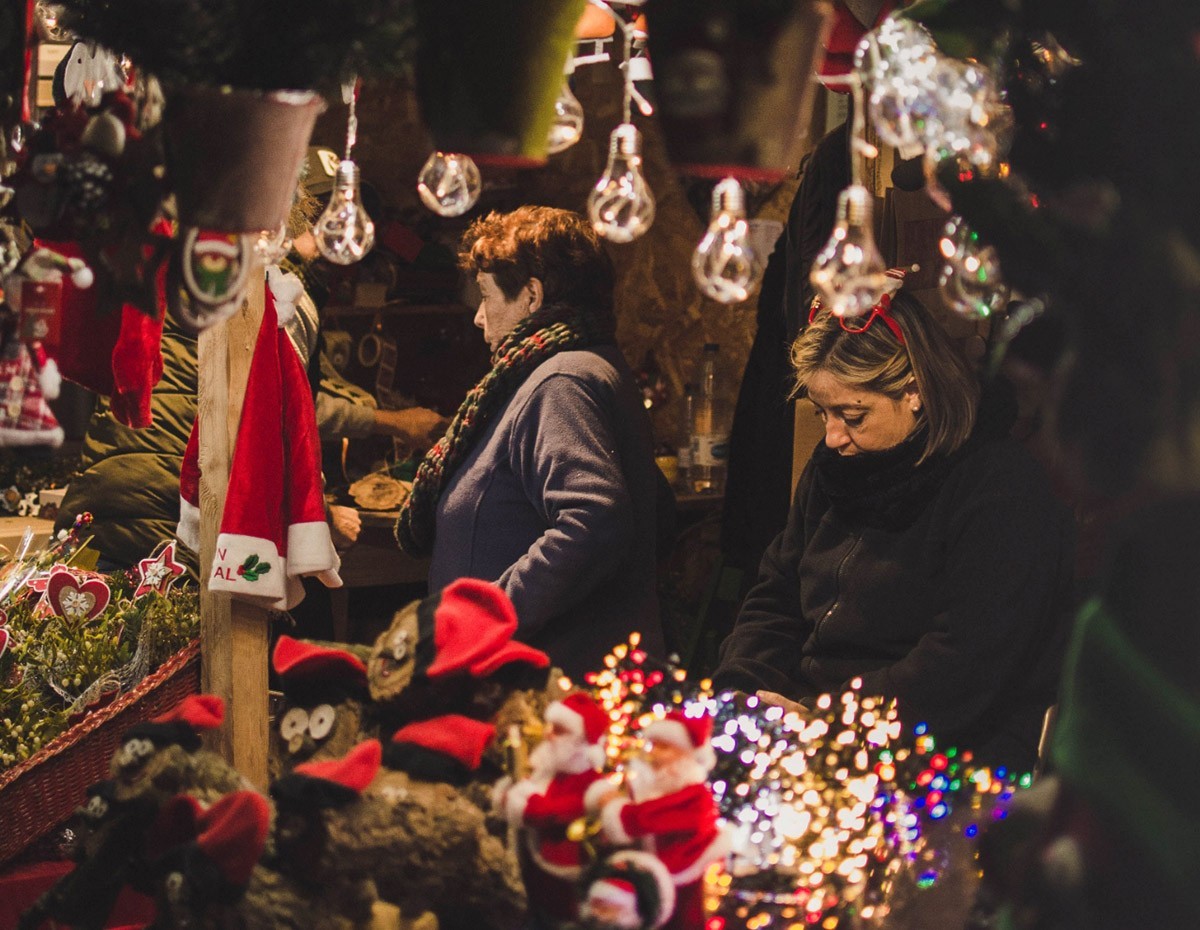 After having spent several years living here, I can safely say that the various peoples of Spain don’t do holidays lightly.

Easter is usually a week-long thing. So is Fallas in Valencia, and so are most of the various festivals throughout the year.

It makes sense that this country, with its strong Christian tradition, would just go all-out for Christmas.

Which is exactly what happens. Christmas in Spain — the actual proper holiday — lasts a full 14 days, from December 24 through January 6.

This doesn’t include Christmas-related holidays like Inmaculada on December 8, Día de Santa Lucia on December 13 or the big lottery drawing on December 22. You could make the case that Christmas in Spain is a month-long event.

But I’ll stick to the official calendar.

If you want to know more about the Spanish Christmas traditions, or if you’re planning to visit Spain during the two-week Christmas holiday, here’s a guide to all the dates, traditions, foods and scatological fascinations you need to know.

There are four major holidays during the two-week Christmas stretch in Spain:

This is generally a night for families to come together and celebrate around the table with a huge meal. In some parts of Spain, children traditionally receive gifts on this night. At midnight, some families go to their church for a midnight mass.

How people celebrate Christmas Day varies from person to person and family to family. Some people have another family meal, others go to a restaurant for a meal with friends or family.

This is a day for friends to get together to celebrate the end of one year and the arrival of another.

The important thing to remember for New Year’s Eve is you need grapes — a dozen of them. As you count down to midnight, you eat a grape for each of the last 12 seconds in the year. It’s harder than it sounds, believe me!

Each of those grapes represents a month of good luck for the upcoming year, though, so make each bite count.

The three kings arrive on January 5th, and each city and town has a parade for the three kings, who throw candy from horseback down to the children below.

When the kids wake up the next morning, they find that the three kings have left gifts for them.

Some regions of Spain have their own special days during the Christmas weeks, as well.

So, if you decide to celebrate Christmas in Spain, do check if there are any local festivities not to miss.

Also Read: 5 Crazy Spanish Festivals You Should Check Out

While children in Spain have traditionally received their Christmas Gifts on January 6th, some families have begun giving gifts on Christmas Day, as well.

For children, the gift-bearer might be known as Papá Noel, whose origins overlap with the stories of Santa Claus, St. Nicholas, and Father Christmas.

In the Basque Country, there is another gift-bringer known as Olentzero who has a different origin story. The Olentzero legend typically describes him as a giant from the Pyrenees, and he wears traditional Basque clothing and smokes a pipe.

In Catalunya, there is a gift-bringer known as Caga Tío, but just hold that thought for now.

Among adults, gift-giving is common between close family members and friends. If you’re staying with friends to celebrate Christmas in Spain, a small, thoughtful gift would be a welcome gesture.

What is Traditional Spanish Christmas Food?

The Christmas Eve meal varies from region to region.

Winter in Murcia is very different from winter in Galicia, so climate and geography inform the meal somewhat. In general, for the main dish, you can expect either a meat like a suckling pig or lamb, or some kind of seafood.

Across the country, however, you can expect to find a couple of sweets at every table. First is turrón, a sticky and creamy treat made of honey, almonds, and sugar. If you set foot inside any supermarket during the Christmas season, you’ll find dozens of styles of turrón to choose from.

Other popular sweets served during Spanish Christmas are polvorones and mantecados, both of which are a kind of almond-based cookie. Polvorones are so named because they crumble into powder (polvo) easily.

Also Read: What to Eat in Spain – Famous Spanish Food Worth Trying

5 Spanish Christmas Traditions to Check Out

Besides eating heartily and popping grapes on New Year’s Eve, here are a handful of customs, events, and foods you shouldn’t miss when celebrating Christmas in Spain.

A Belén is a nativity scene representing the birth of Jesus.

While nativity scenes are pretty common in a lot of Christian countries, they can be full-on works of art in Spain.

In the town of Buitrago, for example, just north of Madrid, there is a living nativity scene featuring some 200 actors who play Jesus, Mary, Joseph, The Wise Men, and the various onlookers.

In most cities, you can find beautifully crafted Belénes at Christmas markets, in shop windows, and in churches.

Also Read: Things to Know Before Traveling to Spain

I say “big” because the total value of the prizes is more than 2 billion euros. The top prize is worth about 4 million euros, but there are plenty of other prizes available ranging from 200 euros to about 1.2 million euros.

According to The Local, there’s approximately a 1 in 6 chance of winning some kind of prize for each ticket. Tickets aren’t cheap, though. It’s a 20 euro buy-in. The Local reports the average Spanish person spends about 68 euros per year on tickets.

In the weeks leading up to Christmas, you’ll find long queues of people waiting to buy tickets. Then, on December 22 there is a televised drawing that most of the country watches. 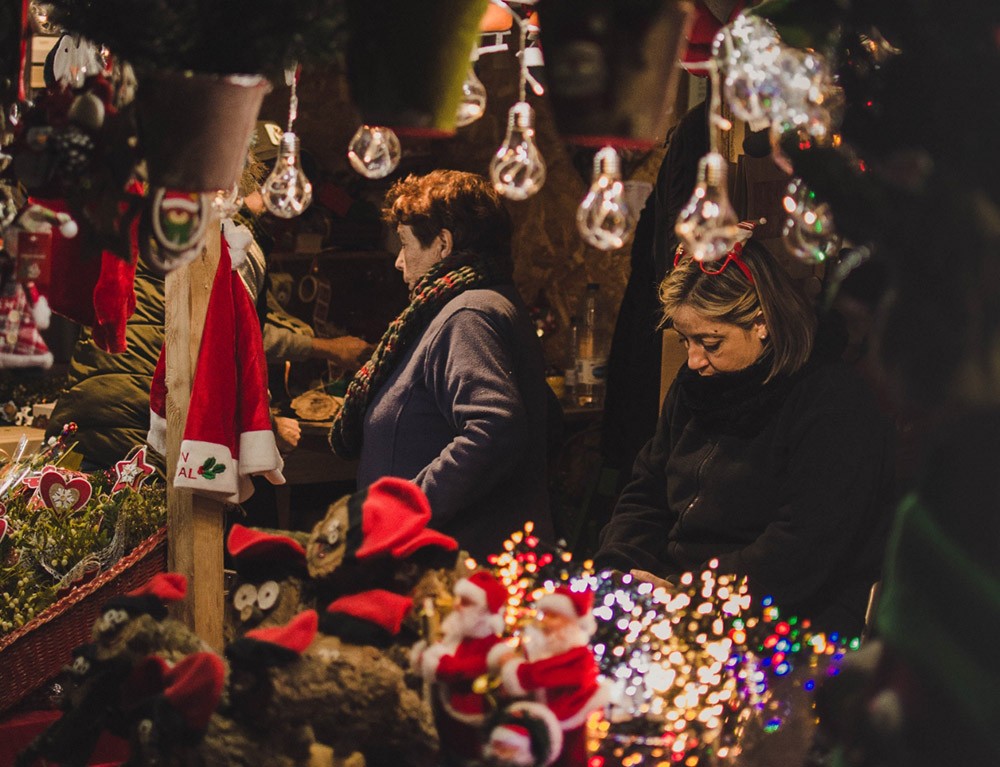 In most of Spain’s largest cities, you will find a Christmas market where you can buy sweets, handmade decorations, and stocking stuffers of all types.

If you go to Barcelona, your best bet is the Fira de Santa Llúcia in front of the cathedral.

In Madrid, check out the handmade ornaments and decorations at the Feria-Mercado de Artesanía de la Comunidad on the Plaza de España.

In Valencia, the Feria de Atracciones de Navidad near the Turia features booths and stalls, as well as carnival rides (because who doesn’t want to be spun in circles after eating a kilo of turrón?).

The Roscón de Reyes is a circular cake served for the Three Kings Day meal.

Usually, it’s decorated with dried fruits, candied fruits, and sugar. Today, most families buy one of these from a bakery.

Anyone familiar with the French galette des Rois or the Mardi Gras king cake in New Orleans will recognize this tradition: Baked somewhere into the cake are a figurine and a bean. Whoever finds the figurine is blessed with good luck (I’ve heard that sometimes people ask their bakeries to slide a 10 or 20 euro note inside the figurine).

Whoever finds the bean, however, is on the hook to buy next year’s Roscón.

Finally, we come to the beloved fecalphilic traditions of Catalunya: El Caganer and Caga Tío. Both dovetail with other traditions of gift-giving and creating elaborate Belénes.

Let’s start with El Caganer, a defecating figurine who is inserted into those lovely nativity scenes.

Traditionally, El Caganer is someone dressed in peasant clothes, though you can find defecating celebrities and political figures, as well. El Caganer is inconspicuously placed somewhere in the nativity scene, and Catalan kids love trying to spot it.

Though less common outside of Catalunya, you might come across a Caganer in other parts of Spain, Portugal, France, and Italy.

Then, there’s Caga Tío (sometimes Tío de Nadal), a small log with googly eyes, a painted-on face and a blanket draped over him.

Starting from December 8, families feed Caga Tío a little bit every night with the expectation of a return on this investment. Then, on Christmas Eve, kids take a little bat and beat Caga Tío while singing a song that implores him to poop out presents for them. The next morning, they get up and check under Caga Tío’s blanket to discover their bounties.

If you decide to celebrate Christmas in Spain I have two final recommendations:

Many restaurants in Spain offer a special Christmas menu.

If you want to eat out for Christmas I highly recommend booking a restaurant in advance because the more popular places normally end up being fully booked several days, if not weeks, before.

Note: traditionally, Christmas Eve in Spain is a family affair. A lot of bars and restaurants are therefore closed, so if you want to eat out on Christmas Eve, do check which places will be open.

No matter where you decide to celebrate Christmas in Spain, you can be sure there will be local events happening.

So, apart from following my tips, do check with the locals (hotel staff, the tourism office, the local bar owner, etc) to find out what’s going on during your stay.

Well, I hope this article taught you a thing or two about what Christmas in Spain is like!

And if you do decide to come here for the holidays, enjoy celebrating Christmas in Spain with all its unique and quirky traditions!

Like this article about Christmas in Spain and the Spanish Christmas traditions? Pin it! 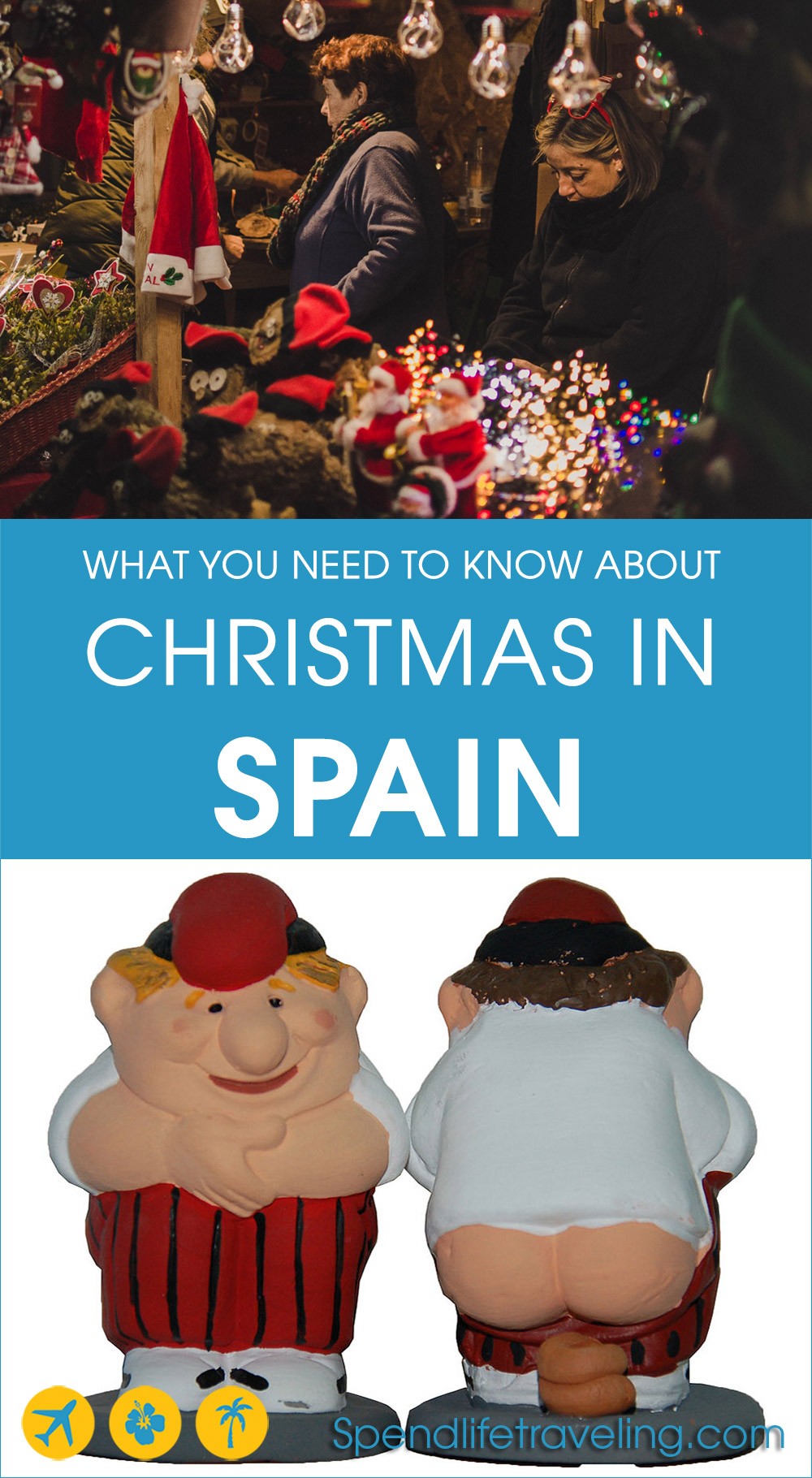