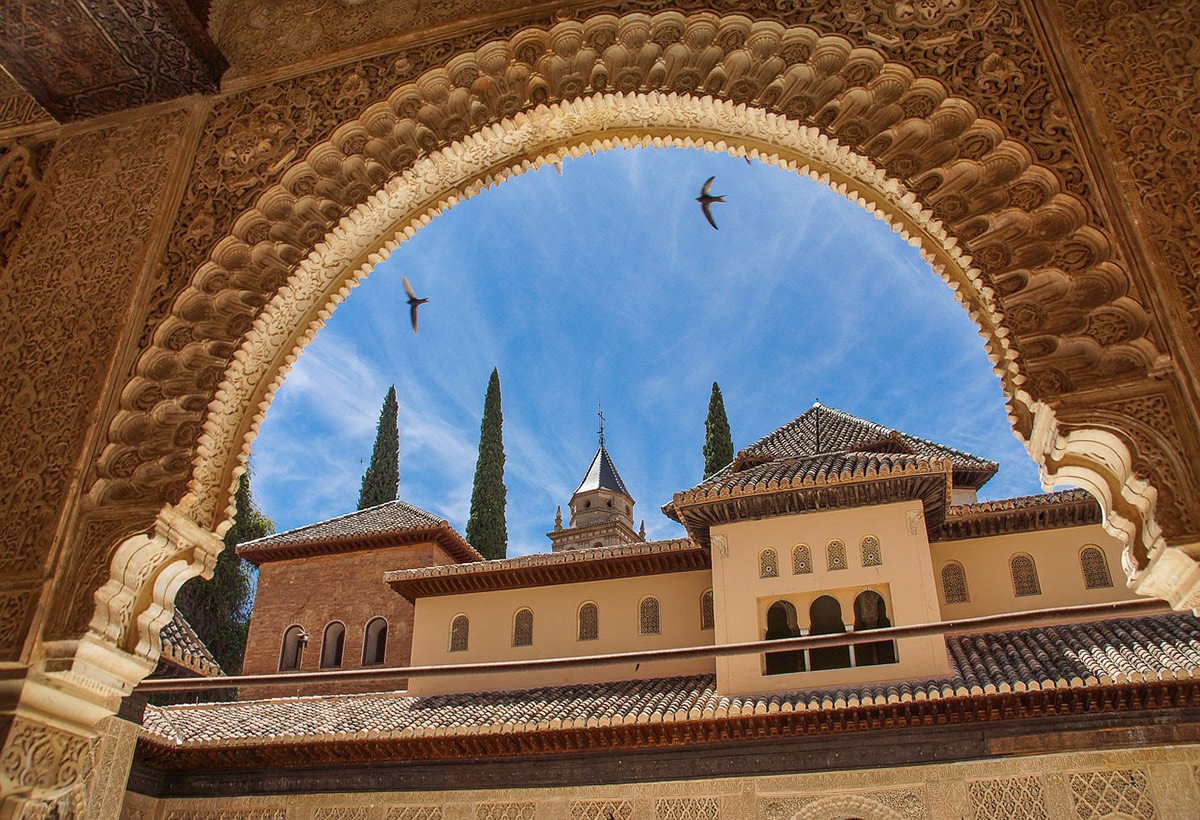 What is the best time to visit Spain?

Spain is a year-round destination for travelers. And because the country has such a rich mix of cultures and geographies, there is something noteworthy going on in Spain every single month.

That said, weather still dictates the rhythms of life in Spain.

The summer heat forces people to close up shop and flee for cooler destinations in August. The winter months are comparatively mild for people (like me) from a country that’s cool and wet most of the year, but even then I find that the February chill in Spain can be formidable.

What’s more, seasonal cycles of planting and harvesting inform many of the cultural celebrations that take place in Spain.

So, when is the best time of year to visit Spain? It depends on what you’re looking for.

Here are the best times to go to Spain, broken down by the types of trips people most commonly take.

The Best Time to Visit Spain

1. The Best Time for Beach Weather

Aim for late May through July, then September and early October if you want the best time to go to Spain for perfect beach weather.

This is another way of saying, “Don’t come to Spain in August.” It’s too hot, and the locals themselves tend to get out of town for the month. In most cities, you’ll find a good number of stores shuttered for the month.

In my experience, Spain hits its beach-weather stride by the middle of May. Some years, the sustained warmth arrives a little earlier, but sometimes the first two weeks of May can be cloudy and blustery.

By June, the days are their longest and the sun is warm — but not yet blistering. July is hot but manageable, and September can be scorching in the south.

By late September and early October, the days will have gotten shorter, but you’ll still find decent beach weather in most of the country.

Note that this guidance doesn’t apply to the northwest of Spain, where summers are cooler and wetter. There are nice beach days in Galicia and Asturias, but they’re fewer than, say, beach days in Andalusia.

And if you want good beach weather in winter, then go to the Canary Islands.

2. The Best Time for City Exploration

Spring and fall offer the best mix of weather and smaller crowds. I would aim for April or October as the best time to visit Spain for most city trips.

You could visit in January or February and enjoy the cheapest accommodation rates and the shortest waiting lines at the museums, but Spain can be a little miserable in the middle of winter, especially Madrid.

Most buildings aren’t made to retain heat, so you might find yourself in drafty restaurants, cafes, shops, and hotel rooms.

3. The Best Time for Gastronomy and Gourmet Adventures 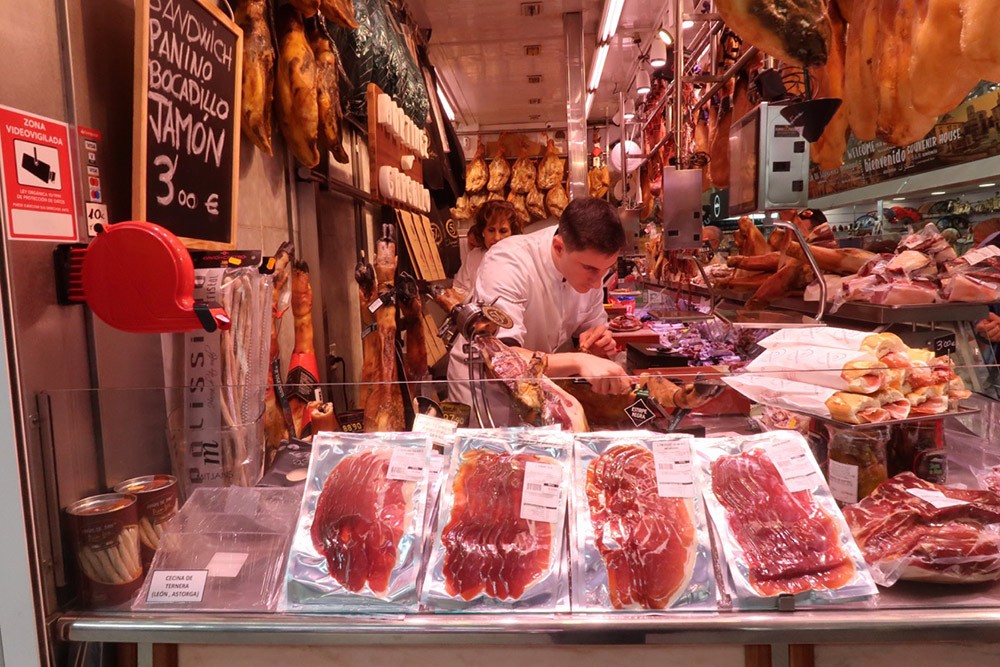 There’s not really a bad time for eating and drinking in Spain, but here are some seasonal highlights to consider:

Winter:
Heavy comfort foods like fabada asturiana (a hearty bean stew) will sit a lot more comfortably in your stomach. In the north, the cider houses open in January. Artichokes are in season, too, and those are great in a traditional paella.

Spring:
Lots of local produce will start to come into season. You’ll find some excellent tomatoes in the markets by early April, as well as pimientos de padrón.

Summer:
You can catch fish year-round in Spain, but seafood always tastes best when you eat it outside in shorts and sunglasses. Also, sangria!

Autumn:
October and November are great months to visit for wine lovers. The La Rioja and Jerez Grape Harvest Festivals are the big ones, but there are plenty of other festivals in wine-producing regions to celebrate the harvest. The markets will have nice pumpkins and spinach, too.

4. The Best Time to Take in Spanish Culture

Two things Spain has in abundance is gastronomy (see above) and culture. Lots of culture.

And because regional identity is so important in many parts of Spain, locals invest significant time, money and energy into celebrating their cultures.

So, as above, it makes sense to break your options down by the season:

Winter:
Christmas is a big deal in Spain. While the Dec. 24–25 portion of the holiday is mainly reserved for family time, Three Kings Day on Jan. 6 involves much more public celebrations. Each city and town will have parades in which the three kings ride through, showering onlookers with candy.

In February in Andalusia, the Festival de Jerez offers days and days of all things flamenco.

Spring:
The big highlights here are Fallas in Valencia and La Semana Santa to celebrate Easter.

Fallas brings more than a million people to Valencia, where locals celebrate their age-old traditions of drinking, dancing, making noise and setting things on fire. See my Fallas survival guide for more.

La Semana Santa follows shortly thereafter, and each part of Spain does the Holy Week a little differently.

In Andalusia, people can get pretty passionate about the Virgin Mary statues being carried through the streets. In Castilla y León, procession participants can be pretty vivid in their reenactments of Christ’s suffering.

In Pamplona, the San Fermin festival in July starts with the running of the bulls. In the town of Buñol, the streets clear for a day in August for La Tomatina, in which participants hurl tomatoes at one another.

Note: if you are thinking about going to Buñol for the running of the bulls, do read about it first. It’s quite a cruel event.

Autumn:
Besides the grape-harvesting festivals listed above, the highlight for fall is La Mercè in Barcelona. In addition to neighborhood parties and good wine, La Mercè is famous for its fireworks and parades.

Also, keep an eye out for castellers, when acrobatic locals climb each other’s shoulders to form shockingly tall human towers.

5. The Best Time for Families Seeking Sun and Relaxation

Family vacations are naturally at the mercy of school year calendars. But if you’re looking for a great beach vacation with the family, my suggestion is to get to Spain as early as possible once the school year ends.

June is the best time. The weather isn’t yet insanely hot, but it’s still definitely warm enough to get out onto the beach just after breakfast.

If you have to delay travel until July, that’s still fine. You’ll pay peak-season prices and have more crowds to contend with, but you won’t have to deal with August’s heat.

If you can only travel in August, head north. The Basque Country, Cantabria, Asturias and Galicia all have nice beaches (although the Atlantic tides are much rougher than the gentle Mediterranean), and the heat is manageable.

Check out this article about family vacations in Spain to learn more about the beaches of Costa Verde in northwestern Spain.

Also read this article about camping in Valencia if you are thinking about planning a camping trip to Spain.

6. The Best Time for Adventure Sports 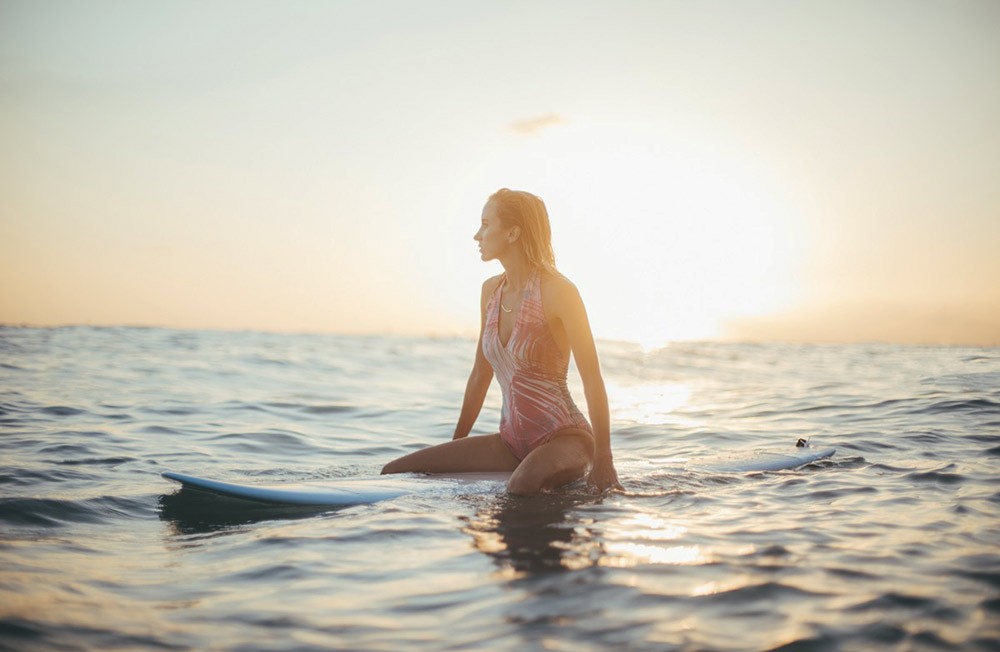 Spain’s various terrains and climates make the country an ideal destination for anyone who likes adventure sports.

Catalunya and Valencia have world-class climbing spots, and the Bay of Biscay is one of Europe’s top surfing destinations.

Winter sports:
If you’re headed to the Pyrenees for skiing or snowboarding, your best bets are February and March, although the ski season normally starts late December and runs until April.

In the Sierra Nevada, the ski season runs from November to late May (or sometimes even early June).

Hiking and climbing:
The best months for intense hikes and climbs are April or October. You won’t need multiple base layers to keep warm when the sun sets, but you also won’t fry against the rocky mountainsides.

Surfing:
Bring a wetsuit, because the best surfing in Spain is between November and April.

Perhaps the most famous surfing village in Spain, Mundaka, is a half-hour drive from Bilbao, so you can spend the morning surfing and the afternoon filling up on pintxos and cider.

7. The Best Time for Bargain Shoppers 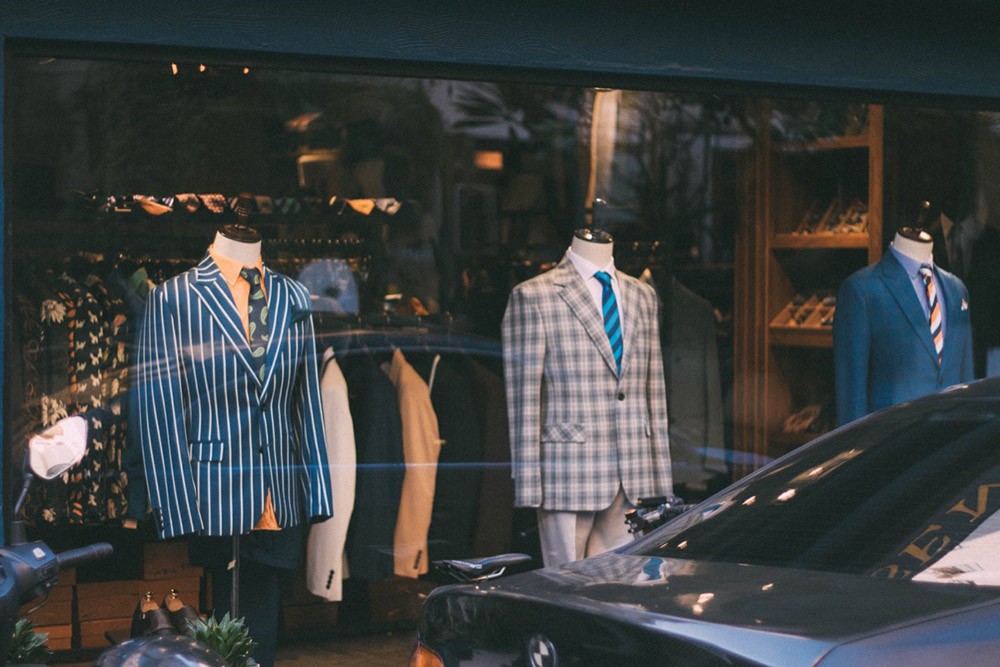 Shops run their biggest sales (rebajas) during January and June. So that might be the best time to visit Spain if you want to go shopping.

In January, they’re clearing out their leftover Christmas merchandise, so 50% discounts on things like winter coats and electronics can be found.

In June, a lot of clothing shops begin to clear out their spring and summer collections in preparation for fall, so if you arrive in the early summer having forgotten a hat or swim trunks, you’ll be in luck.

For me, late April and early October are the perfect times to visit Spain. The crowds are thinner than in the summer, and the weather is abundantly pleasant.

You have the option of spending all day on a peaceful hike or all day in a world-class art museum.

Whatever time of year you’re planning to visit Spain, I have some guides that can help:

Like this article about the best time to visit Spain? Pin it! 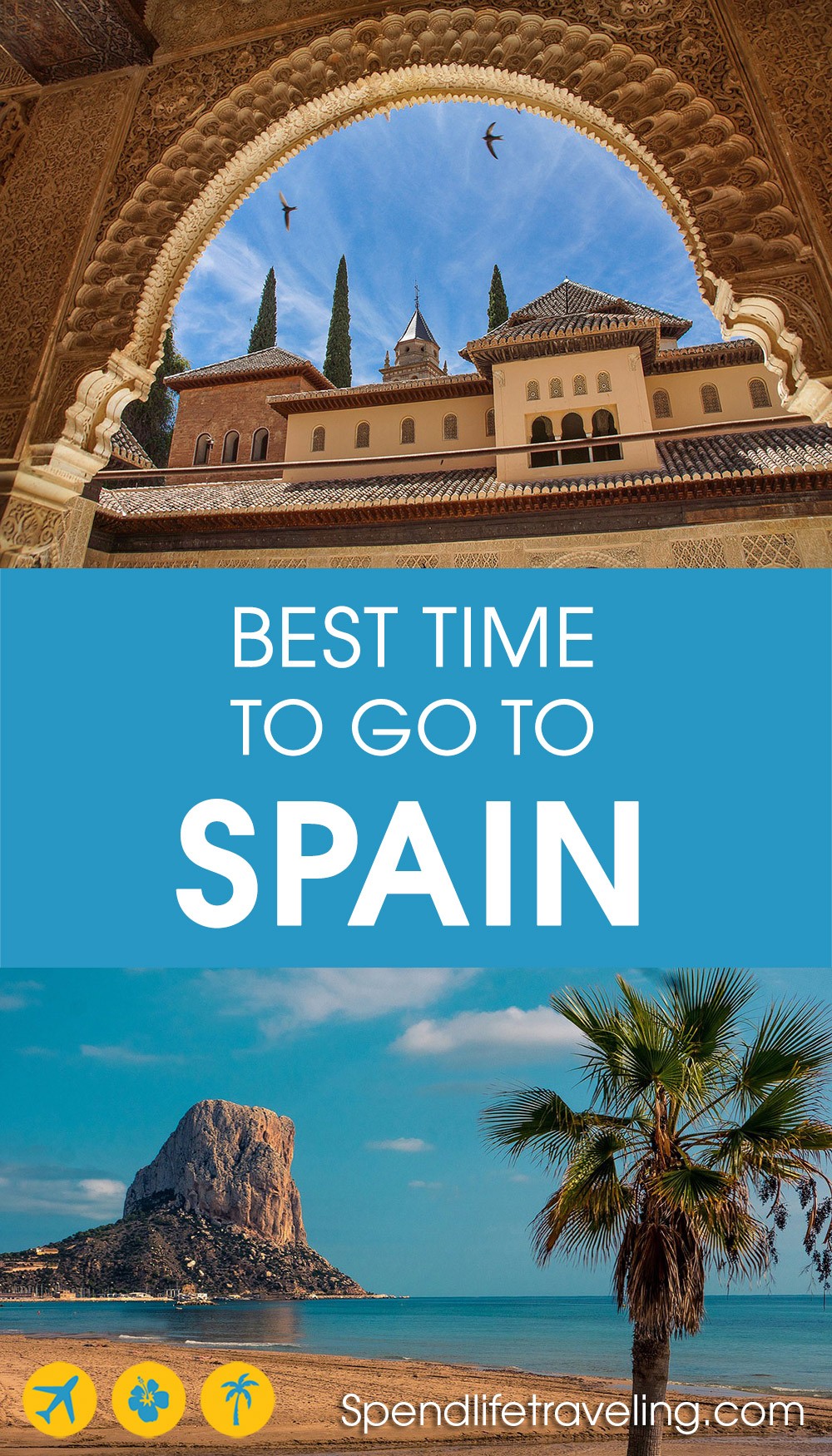 2 thoughts on “The Best Time to Visit Spain: 7 Suggestions for All Types of Travelers”