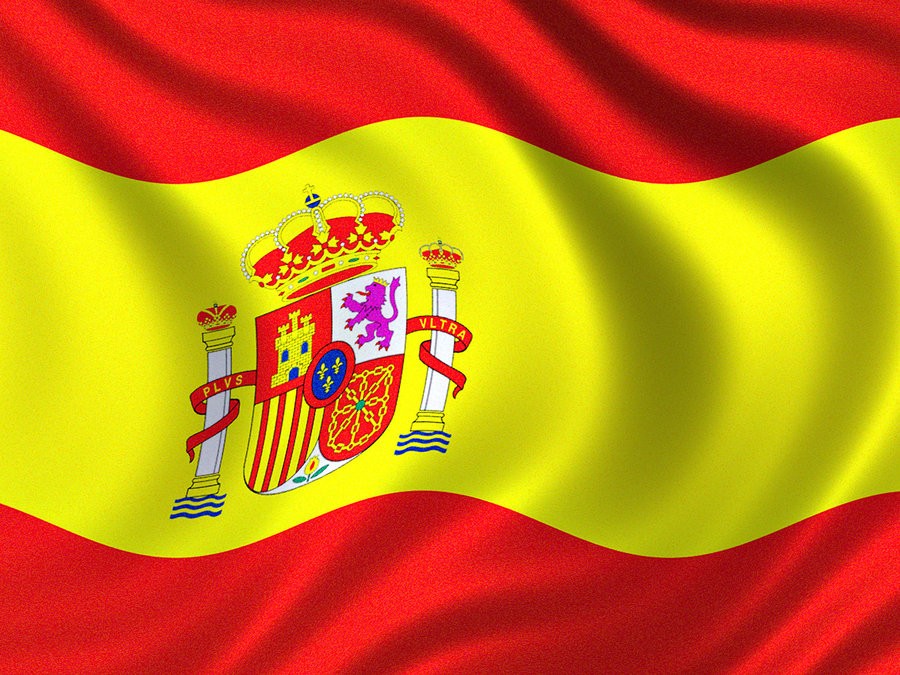 Are you looking for interesting facts about Spain?

Spain is a diverse country in the South of Europe where I once lived for four years, in a small town called Moraira, and where I now find myself living again, but this time in Valencia.

In a way, Spain has it all: beautiful beaches, good ski slopes, amazing cities, and great food. Maybe that’s why I keep coming back…

Here I want to share some facts about Spain with you – some positive, some negative and some funny while others are disturbing… But all these facts will help paint a picture of this diverse country!

1. Many believe the name Spain diverged from the word Ispania, which means the land of rabbits.

Also Read: 3 Regions to Check Out for the Perfect Family Vacation in Spain

4. Spain had one of the fastest-growing populations in Europe in the early 1980s. But in 2000, Spain had the lowest average birth rate of any country in the world, at just 1.19 children per woman. It is predicted that around 300,000 immigrants need to enter Spain each year to balance the declining number of young people.

5. La Tomatina, or “the throwing of tomatoes” is held every year on the last Wednesday of August in the town of Buñol, outside of Valencia. Over 150,000 tomatoes are thrown.

6. One of the most famous festivals in Spain is the Running of Bulls. It occurs on St. Fermin’s Day in July in the northern town of Pamplona. Over 1 million people attend the festival. Unfortunately, this is not a fun fact about Spain at all. The bulls are tortured and killed. You can find more information here.

7. Bullfighting has been a popular sport in Spain for thousands of years. Called corridas, bullfights are considered either a contest of art and skill or a cruel sport. Although slowly more places ban bullfights, in many other towns and cities bullfighting still takes place.

8. Spain has the highest number of bars out of all the countries in the EU. Now that’s what I call a fun fact about Spain!

9. The most popular type of music in Spain is Flamenco. Flamenco is thought to have been developed by the Moors who brought it to Spain from North Africa in the early A.D. 700s. It has been influenced by Andalusian, Islamic, Sephardic, and Gypsy cultures.

10. There is no tooth fairy in Spain but rather a tooth mouse called Ratoncito Perez.

11. Spaniards are famous for their contributions to art, with famous Spanish artists including Dali, Picasso, Gaudi, El Greco, and Goya.

12. The majority of the Spanish are roman catholic.

15. Spanish is an official language in 20 countries (and spoken in many other countries).

17. The Moors occupied Spain for 800 years; consequently, over 4,000 Arabic words and Arabic-derived phrases have been absorbed into the Spanish language.

18. In 2019, Spain was the second most visited country in the world, with 83.7 million tourists. This marked the seventh consecutive year of record-beating numbers.

19. A useful fact about Spain: tipping is not common, especially for cheap dinners.

20. Smoking is still very popular in Spain. 22% of the Spanish population smoke on a daily basis.

22. Spain has the lowest age of consent for sexual activity in Europe at 13 years old.

23. Spain has a very low divorce rate and few children are born outside of marriage.

24. An estimated 300,000 women work in prostitution in Spain. A large percentage of these women were trafficked.

25. There are no laws against public nudity in Spain.

26. One of the weird facts about Spain (and one that I keep forgetting about in summer): Driving in flip flops is illegal.

27. Spain is the only country in Europe that produces bananas.

28. Spain is the largest producer of olive oil in the world.

29. Portugal and Spain provide most of the world’s cork.

30. Spain is home to a type of tailless monkey, the macaque, which is the only type of wild monkey that lives in Europe.

31. Soccer is the most important sport. It’s also pretty much like a religion.

32. Real Madrid is the most popular club in the world with over 228 million supporters.

34. Spain was not part of the first or second world war.

35. The country experienced a civil war (1936-1939) which killed over 500,000 people. The victorious General Francisco Franco ruled as a brutal dictator until his death in 1975. After his defeat, Spain began to transform itself into a modern, industrial, and democratic European nation.

36. Spain is one of the most decentralized democracies in Europe. Each of its 17 regions manages its own school, hospitals, and other public services.

I hope you enjoyed this wide range of interesting, disturbing, and fun facts about Spain!

If you want to know more about Spain, also read:

Or check out this overview of all articles about Spain.

Like this article with facts about Spain? Pin it! 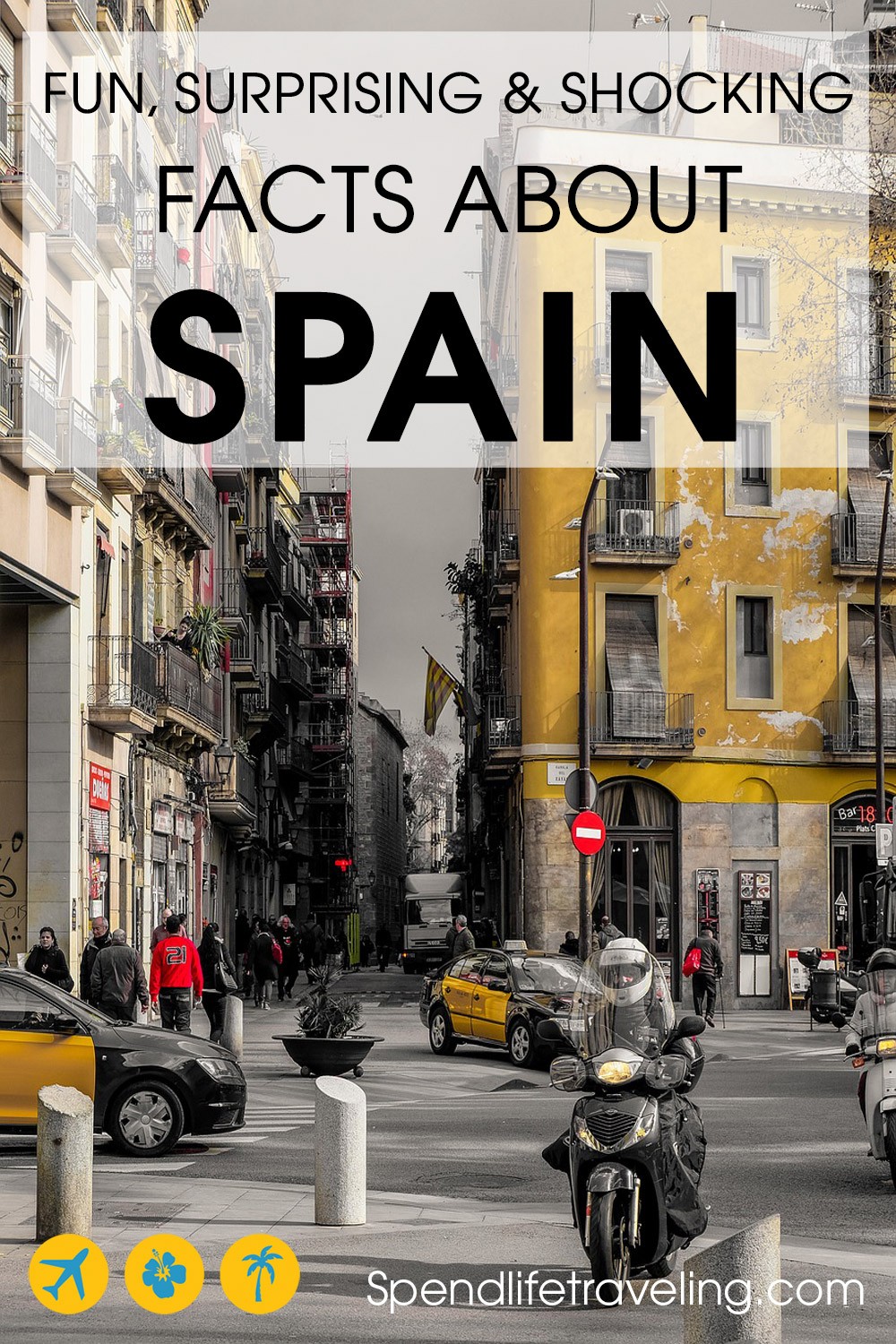