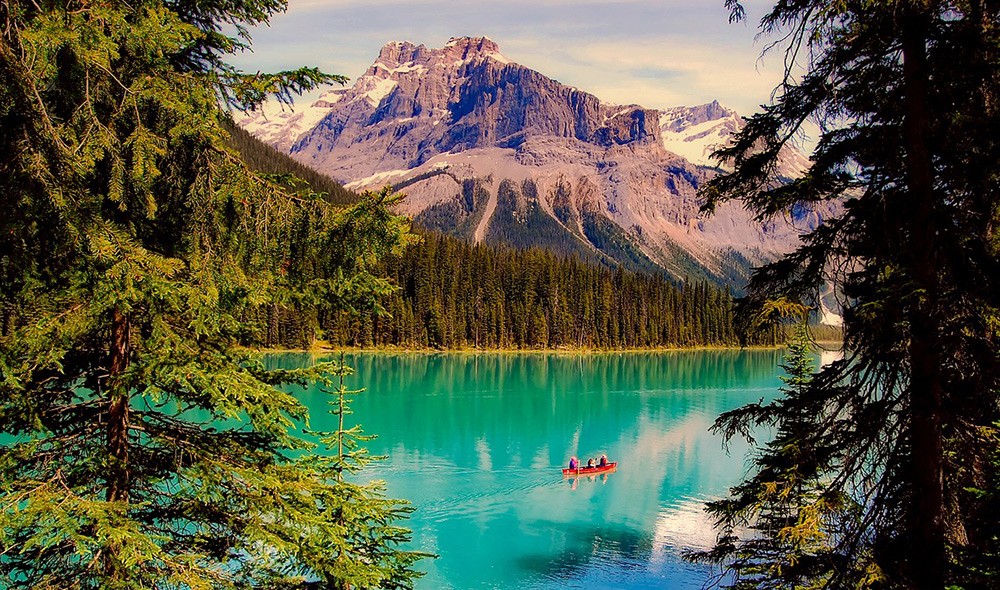 Thinking about going to Canada in the near future? With bustling cities and wondrous national parks, why wouldn’t anyone want to take in everything this country has to offer!

Canada might share a border with the USA but in many ways Canada is very different from its neighbor. So, before you plan your trip to Canada there are a few things you should know.

15 Things to Know Before Traveling to Canada

1. Canada is a Big Country!

In fact, Canada is the second-largest country in the world, right after Russia.

So, when you do go to Canada, don’t expect to be able to cover most of the country in just a few weeks. Canada is huge and traveling from one city to the next means traveling long distances.

If you only have a limited amount of time you are better off choosing one or two provinces of Canada and focusing on all the things there are to see there.

Also keep in mind that Canadian cities are very spread out.

So when you are booking a hotel or other accommodation that seems to be close to the main sights or a bus or train station, double-check the distances.

And yes, a hotel in one of the suburbs might be much cheaper, but keep in mind that those suburbs often feel like a separate city with their own shopping malls, parks, supermarkets, etc. Commuting from there to the main sights can be a pain and no, you definitely won’t be able to walk there like you might have gotten used to in many European cities.

Just to emphasize how big Canada really is: the country spans 6 time zones! Canada is made up of 10 provinces and three territories and if you want to see a good chunk of it during your trip I would recommend renting a car

. There are some scenic train routes or you can go on an organized tour

, but in general a car will get you the furthest.

Canada Fun Fact: Canada has the largest coastline in the world!

2. Be Prepared for Canada’s Weather

The most important packing tip for Canada: bring layers!

One of the important things to know before going to Canada is that even if you are visiting Canada in summer it can get chilly at night in the mountains. And the weather just varies a lot from place to place.

The British Columbia Coast (Canada’s western coastline) has milder temperatures in winter but if you are anywhere else in Canada in winter, expect it to get cold… Very cold! Bring a warm woolen hat (Canadians call it a toque), thick gloves and a scarf to wrap around your face.

A majority of Canadians speak English as their first language, but French, Canada’s second official language, is the mother tongue of about 20% of the Canadian population.

And with Canada being such a multicultural society you will find different levels of proficiency in those languages, many different accents, and numerous other languages spoken.

French is the dominant language in the province of Quebec. But, the Quebecois twang and slang is a world away from the Parisian French you may have learnt in school.

Tipping in Canada is similar to tipping in the USA.

When you are receiving services from waiters, hairdressers, cab drivers, hotel employees, and others, you are expected to give a tip.

Although tipping isn’t mandatory, in most cases a tip in the range of 15% to 20% is the standard.

5. Be Prepared to Have Sales Tax Added to Your Bills

Canada adds a federal sales tax to all goods and services. And on top of that most provinces also have their own tax.

This means that, depending on where you are in Canada, your bill could come with up to about 15% taxes.

So when you buy something in a store, the price you see on the label is not the final price. But also expect these taxes to be added to your restaurant bills, hotel bills, etc.

Just like the Americans, Canadians love their promotions, sales, and special offers. Therefore always compare prices before you buy! For example, gas prices can vary significantly from station to station and they change almost daily.

Note: There once was a tax refund program for visitors. This program, however, was dropped in 2007, so the taxes you pay while you’re in Canada stay in Canada.

Canadians have a reputation for being polite. They generally behave very well in public and anything considered “disruptive” or “offensive” is frowned upon.

Cutting in line, making a scene, catcalling, loitering, littering, being drunk in public… just don’t do it anywhere, but definitely not in Canada!

Canadians are known for their tolerance and are very nonconfrontational. To some they might come across as somewhat reserved and they will say sorry even if there is absolutely no need to apologize for anything!

7. You Can Expect Good Customer Service in Canada

Similar to the USA Canada is a consumer society and that does mean that the customer is normally king.

Most stores open seven days a week and close late at night. Restaurants cater to every possible diet and waiters tend to be friendly and attentive.

There are toll-free numbers to talk to customer service representatives and whatever service you need will usually works just fine.

Especially when you drive to Canada from the USA it’s good to know that speed limits are different in Canada. So before you start driving, check what the local speed limits are!

Like in most countries mobile phones must be used hands-free when driving and in Canada it is also illegal to smoke in a car if you are with a minor.

Driving conditions can get extremely hazardous in winter. Make sure you have a charged mobile phone and an emergency kit when you head out in snowy weather.

And if your car isn’t ready for winter driving, consider renting a car that is better equipped.

Canada Fun fact: Canada has fewer people in its entire country than Tokyo has in its metropolitan area!

9. You Will Need Health Insurance 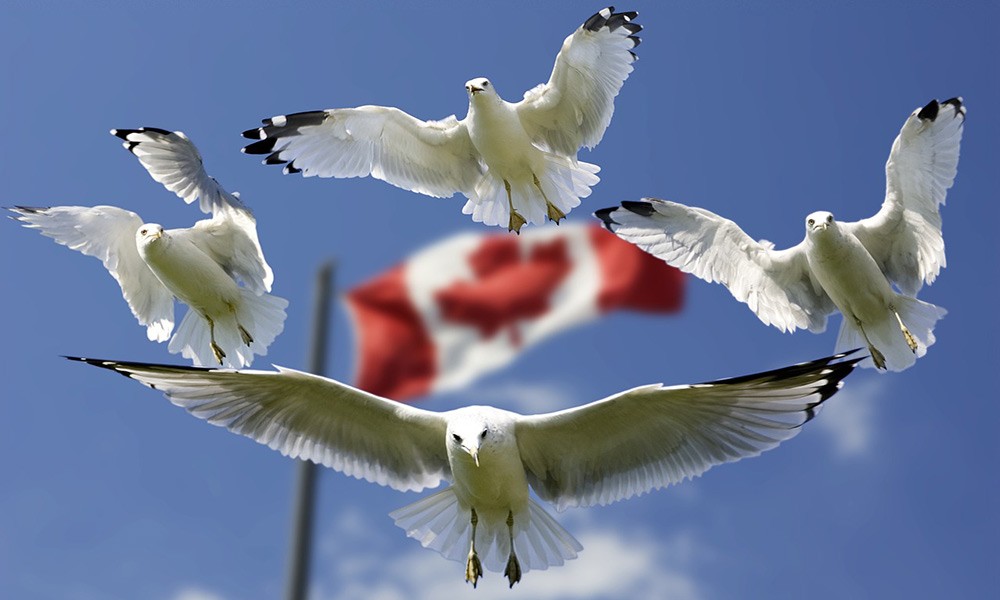 Canada might be well known for its excellent healthcare system, but that’s only for Canadians.

If you get injured while visiting Canada and don’t have adequate health insurance you can be presented with huge medical bills.

So before you travel to Canada make sure you have travel insurance that covers any medical expenses in Canada! 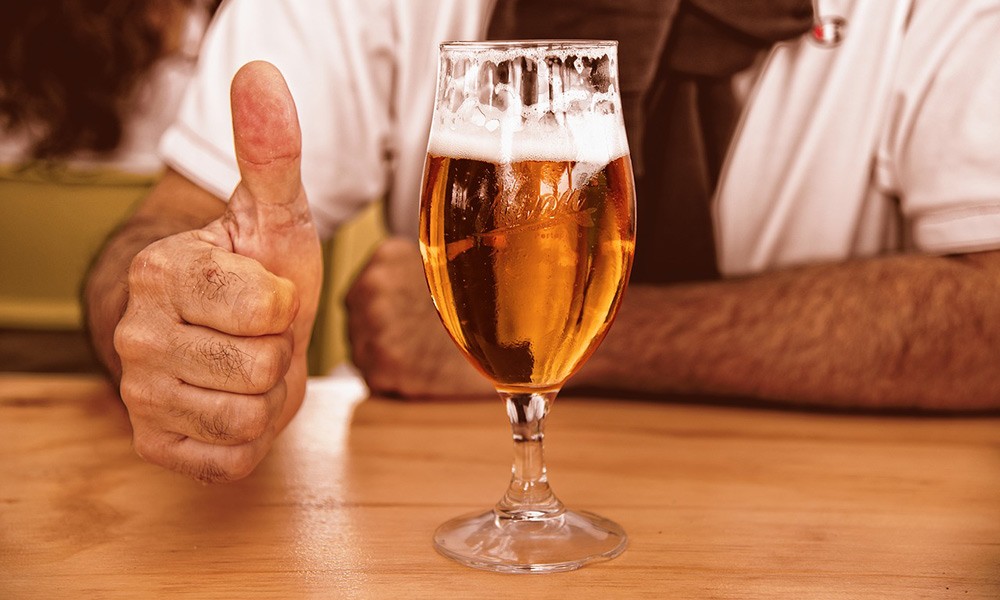 Depending on the province, the legal drinking age in Canada is either 18 or 19.

The drinking age also applies to buying liquor and beer, which in most parts of Canada is at specially designated liquor and beer stores, not in grocery or convenience stores.

Because the legal drinking age in Canada is lower than in the USA you will find a lot of young Americans just across the border looking for a party.

11. Make Sure You Have The Right Travel Documents

Unless you are a US citizen you will normally need either a visa or an Electronic Travel Authorization (ETA) to enter Canada. What you need depends on what passport you hold so make sure to check this long before your travel date.

A Canada ETA is mandatory for all visa-free nationals except Americans. You will need to get this before you board your flight to Canada.

Getting your ETA is a simple online process through which takes only a few minutes to complete.

And if you are going to Canada overland from the USA, check this website about Canada-US border crossing requirements. 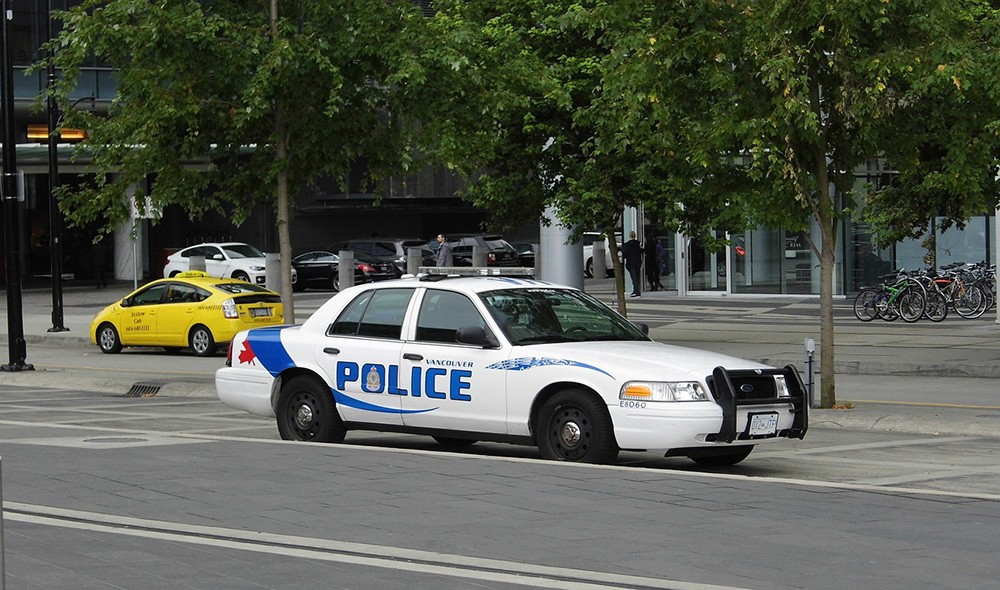 Hopefully you won’t need this, but it’s definitely one of the things to know before going to Canada.

The phone number for contacting emergency services, including the police, medical services, and firefighters in Canada is 911.

Unlike neighboring USA, Canadians use the metric system. Well, in theory.

In practice, it’s a bit of a mix. Distance and speed you will see posted in kilometers, but if you ask a Canadian how tall he is he’ll answer in feet and inches. And his weight, if he’ll tell you, will be in pounds.

For the weather Canadians use Celsius but when it comes to baking they tend to switch to Fahrenheit.

And if you are driving and need to stop for gas, keep in mind that the prices are per liter, not per gallon.

Also Read: Tips for Driving Abroad for the First Time

14. Tim Hortons Is a Must-Visit 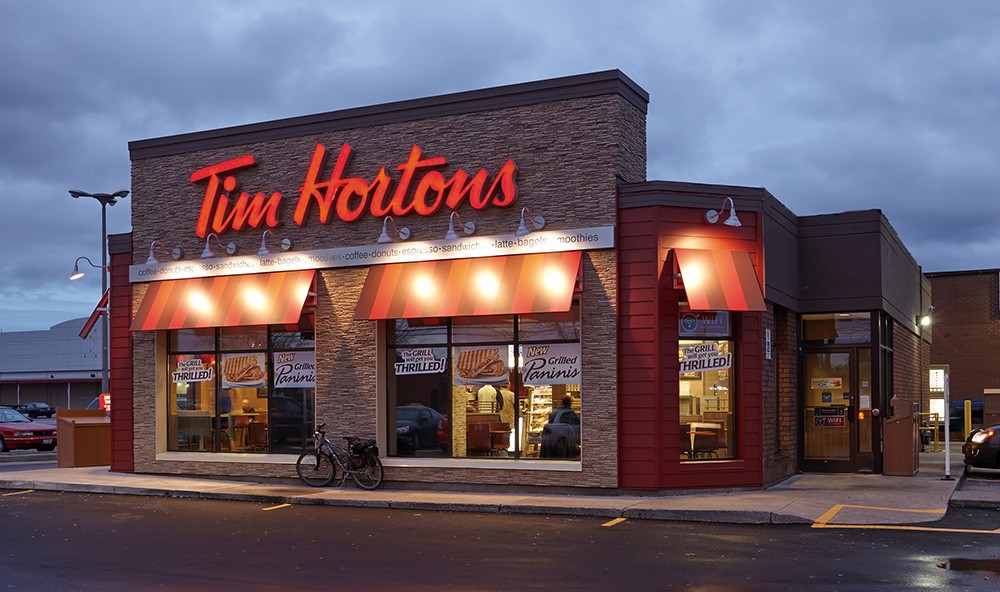 Tim Hortons is an institution in Canada and you simply can’t miss it. That is, because it’s everywhere!

Nearly every town in Canada, no matter how small, has a Tim Hortons. It’s a coffee, sandwich and donut shop chain, named after a hockey player.

If you are looking for a cheap coffee or a snack, go to your nearest ‘Timmies’ and skip the Starbucks!

Canadians either love or hate Tim Hortons but as a traveler stop there at least once to form your own opinion. 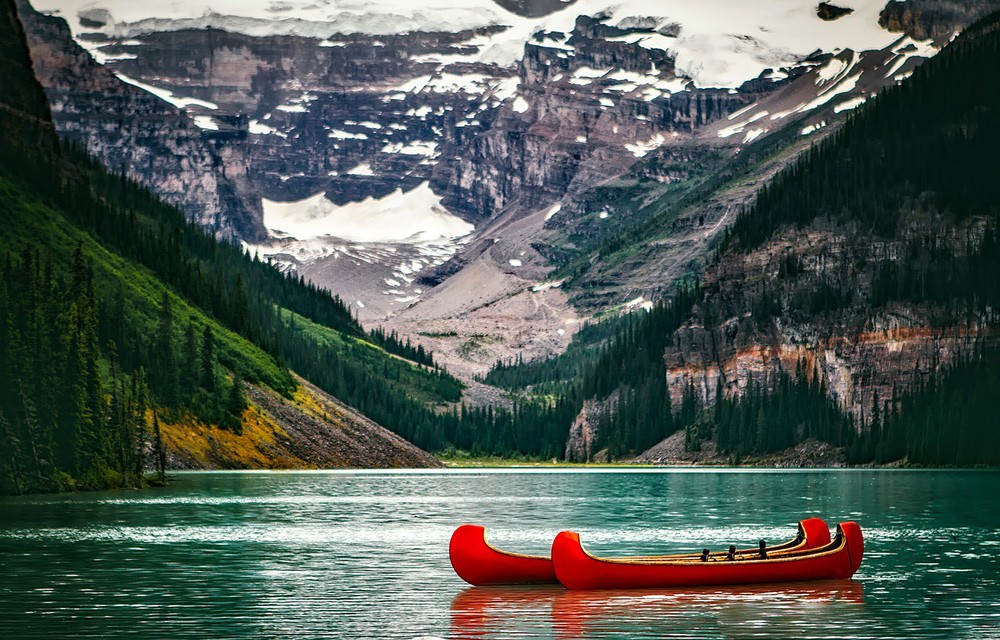 Yes, Canada has cool, modern and popular cities such as Toronto, Vancouver, and Montreal. With lots of culture, good food and plenty of things to do they make for good destinations, but Canada’s true beauty is outside of its cities.

Because of Canada’s size and relatively small population, most of the country is wild and unspoilt.

Canada Fun fact: Canada has more lakes than the rest of the world’s lakes combined.

There are huge areas of pristine, unspoiled wilderness waiting to be explored when you go to Canada.

Whether it is tramping across a glacier in the Rocky Mountains, hiking through coastal rainforests on Vancouver island or canoeing through Ontario’s lakes – Canada’s great outdoors can’t be missed!

If you love outdoor sports such as hiking, camping, canoeing, skiing, fishing, bird watching, etc. you will be in your element in Canada.

Canada has so many national parks that offer great activities and incredible views. So at least try to fit in one or two of them when traveling to Canada!

And there you have it, 15 useful things to know before traveling to Canada. I hope you enjoy your time in Canada and get to see as much as you can of this large and beautiful country!

Like this article about things to know before traveling to Canada? Pin it! 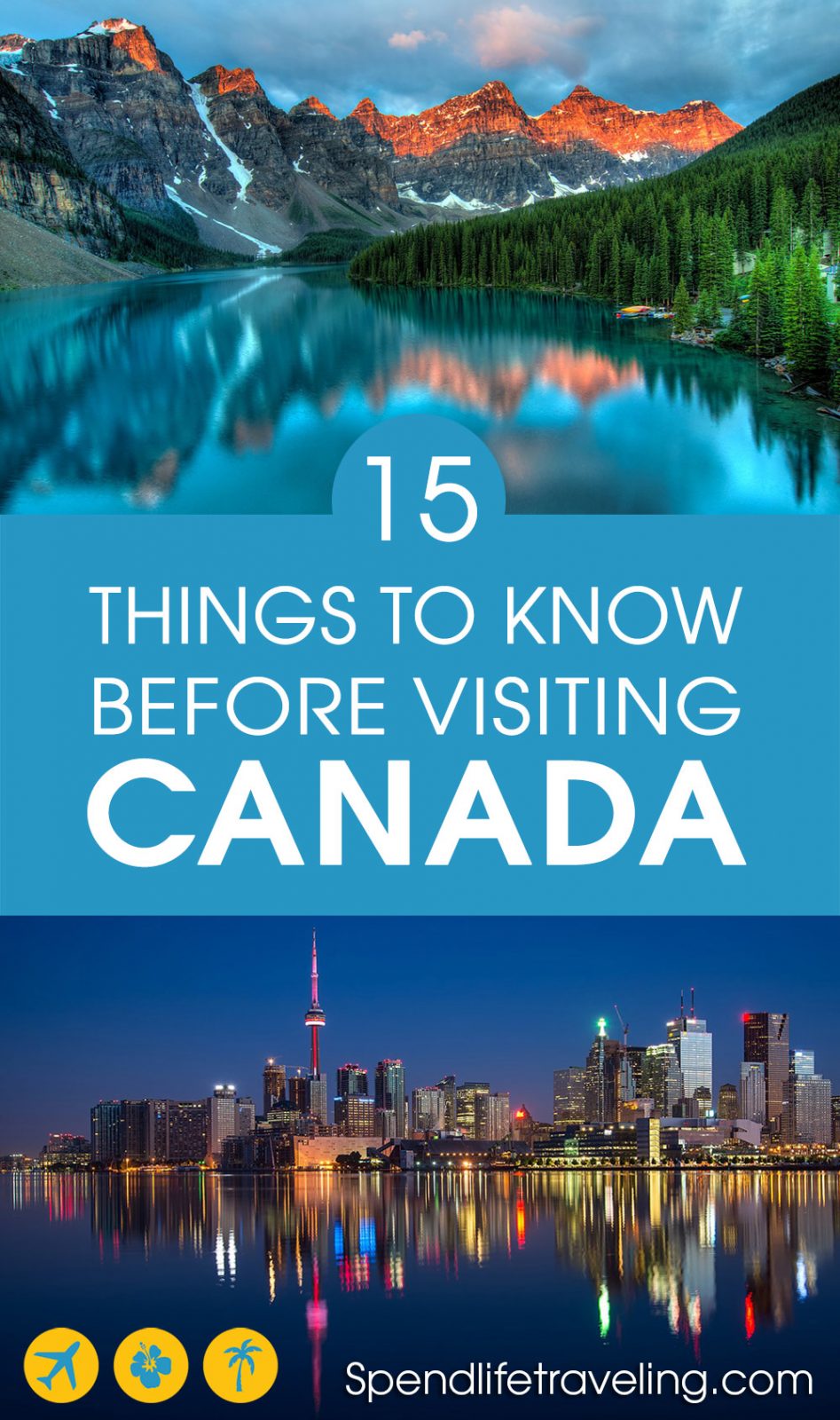 This blog post about things to know before traveling to Canada contains affiliate links. I may receive a commission for purchases made through these links, at no additional cost to you.

4 thoughts on “15 Things To Know Before Traveling To Canada”