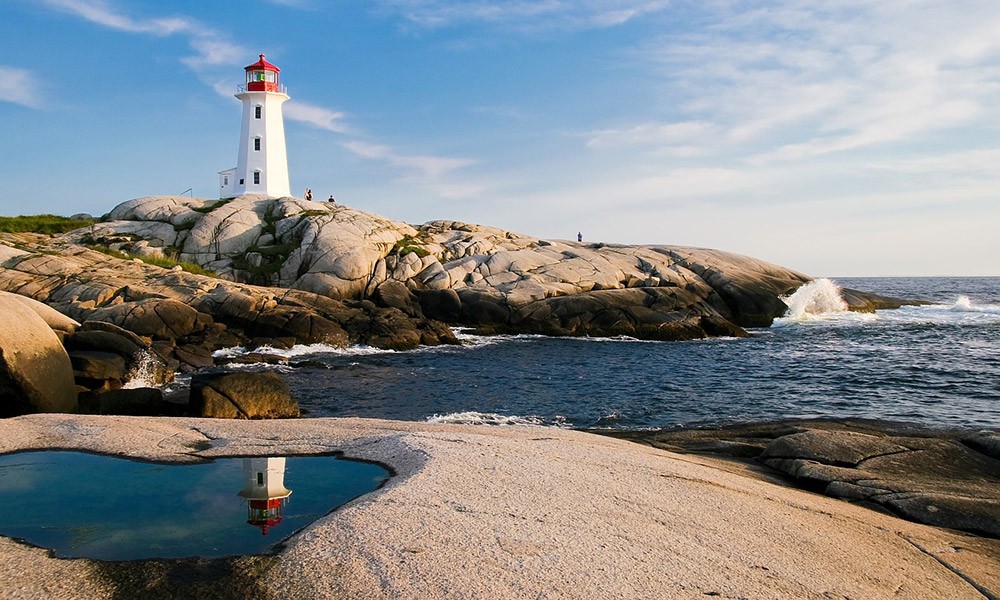 What are the must sees in Nova Scotia?

Nova Scotia is a province on the Eastern coast of Canada that boasts hundreds of thousands of acres of forests and over 4,000 miles of coastline.

With quaint fishing villages and winding roads with stunning vistas, a visit to Nova Scotia will have you packing your bags and ready to become a Maritimer.

Not convinced? Here are some of the best parts of Nova Scotia that you won’t want to miss.

What Not to Miss in Nova Scotia 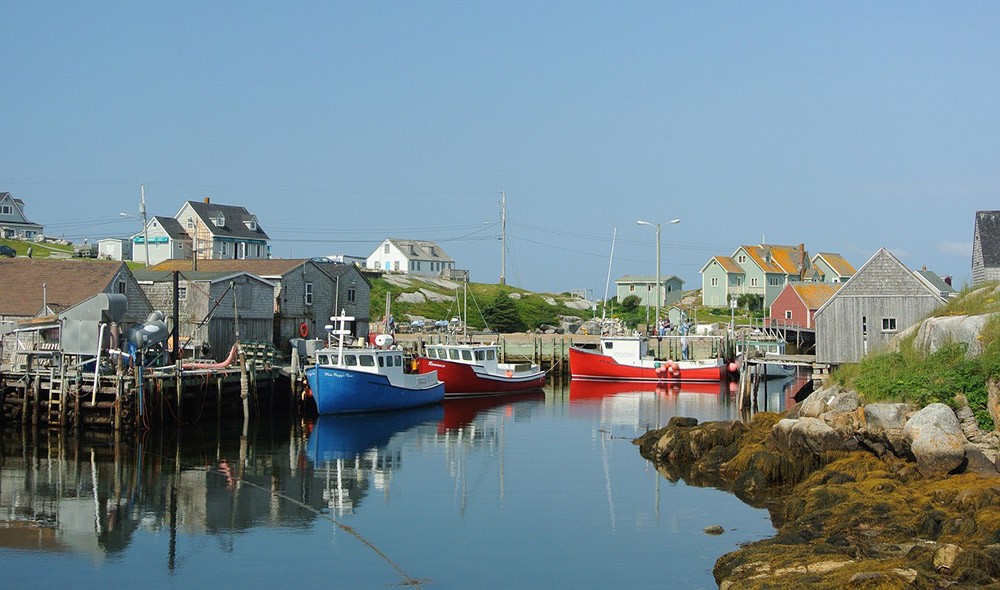 Peggy’s Cove is the picture-perfect attraction that captures the beauty of Nova Scotia and attracts tourists from around the world. It is a small rural community located on the eastern shore of St. Margarets Bay.

The iconic Peggy’s Point Lighthouse looks over the water, resting on smooth rocks that you can explore with your family or set up a picnic and enjoy the sea air as it rejuvenates your lungs and your soul.

Peggy’s Cove is one of the most recognizable landscapes in Nova Scotia. It’s definitely a place not to miss when traveling to Nova Scotia.

Know before you go, that the sea is a powerful force. The signs telling visitors aren’t just a notice put up by meddling locals – they’re serious safety warnings.

There are visitors every year that never go home because they fail to heed the warnings and are swept away by the powerful waves.

Lunenburg is a historic site, where you feel as though you’ve stepped back in time to a world of seafarers, privateers, and explorers.

With colorful buildings that pay tribute to the fishing community lifestyle, and towering ships that overlook the harbor, Lunenburg is sure to become a fan favorite during your visit.

Down the road is Mahone Bay, a charming village with small family-owned businesses and attractions, such as bed and breakfasts, arts and crafts, restaurants and distilleries.

Stand underneath a whale jawbone, jump on a boat and go whale watching or learn how to shuck freshly caught scallops on the shore. 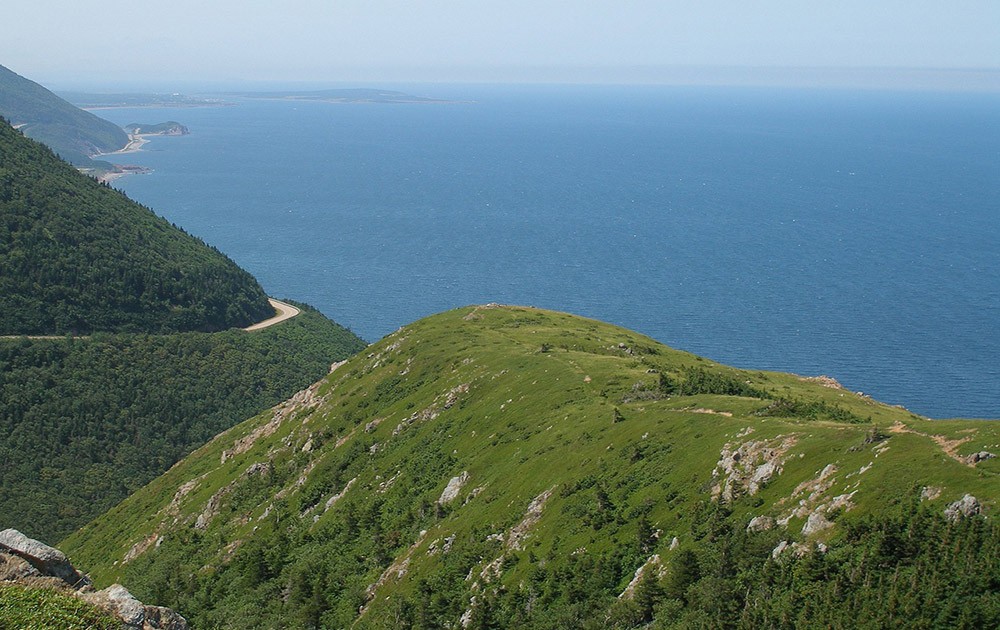 Cape Breton Island dominates the northern part of Nova Scotia, and is home to the world-famous Cabot Trail.

This incredible, breath-taking drive will have you winding through the coastal roads of the Cape Breton Highlands, where you can see awe-inspiring sunsets over the water.

Go in the fall to watch as millions of leaves change into shades of gold, red, orange, and amber.

While you’re touring, stop along the way at one of the many campgrounds or cottages and enjoy a lobster dinner. Take a hike through the many trails and enjoy the hidden waterfalls scattered around the island.

4. Any of the Beaches in Nova Scotia 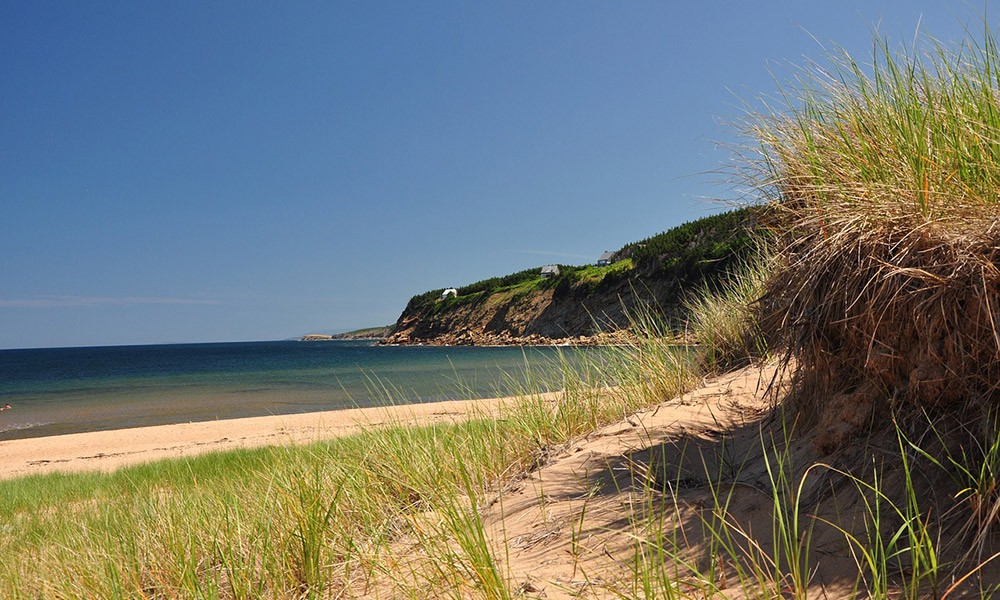 No matter where you are in Nova Scotia, you’re never more than 40 miles from an ocean beach. In a nutshell, there are a lot of them!

As a result, you get to choose the beach experience that works best for you.

Looking for big waves to go surfing? Head to Lawrencetown or Martinique. Interested in warmer water? Head to Heathers Beach or Melmerby.

Carters Beach offers glittering white sands and turquoise water that will have you thinking that you’re sitting on the shore in the tropics.

Due to the currents and the nature of the sea, the water gets warmer as the season goes on. That means you can enjoy beach days into October if the weather cooperates.

You could head to a different beach every week of the summer and still not get to all of them before the season ends.

Also Read: Why You Shouldn’t Take Seashells From the Beach or Buy Them as Souvenirs 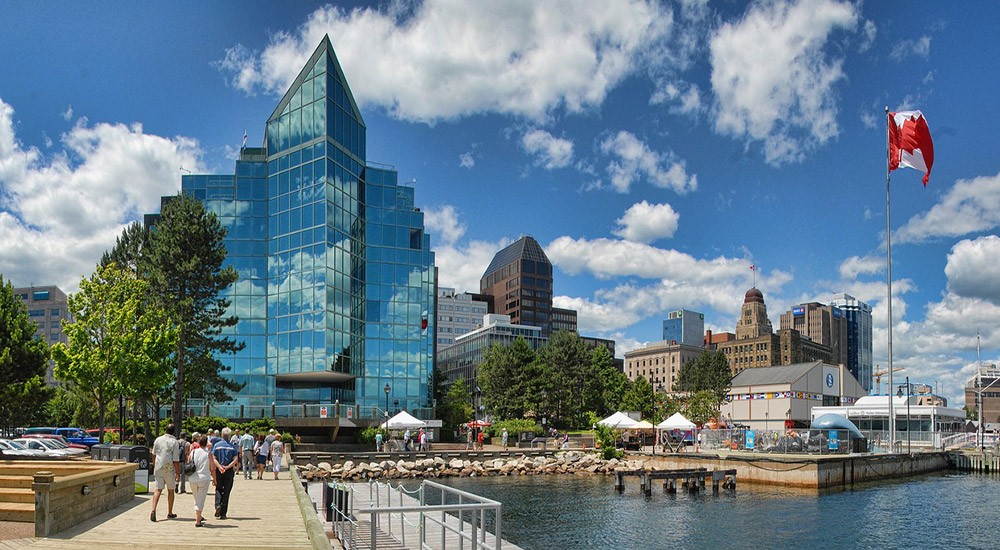 The capital of Nova Scotia, Halifax, is a blend of modern buildings and industrial growth, and historic properties dating back to the rum runners and privateers.

Travel along the Halifax Waterfront Boardwalk and enjoy the scenery, overlooking the world’s largest natural harbor, surrounded by nautical tributes and designs.

Take a stroll through the Public Gardens, visit some of Halifax’s museums and take part in the city’s nightlife, visiting one of the many pubs or clubs.

In the summer, the Busker festival takes over and you can watch live performances as you travel. In the fall, the Nocturne art festival starts at sunset and businesses from all over partake in incredible displays of interactive art.

Nova Scotia is the second-smallest of Canada’s ten provinces.

It is a relatively compact and densely populated province (by Canadian standards). Distances are less excessive which makes Nova Scotia easier to explore.

The best time of year to visit Nova Scotia is from June until October, when the weather is warm, the skies are blue and the water may be less frigid. The main byways run along the coast and a lot of small shops and restaurants around the coastal areas are open during the summer months.

Between the scenic areas around the province and the port-city lifestyle in the modern and historic blend of urban living in Halifax, you’ll be ready to pack your bags and become a Bluenoser (nickname for a person from Nova Scotia).

With a more relaxed lifestyle and a bustling trade and tourism industry, there are opportunities for aspiring entrepreneurs, freelancers, and tradespeople abound.

Fun fact: Nova Scotia’s South Shore is one of the rare “Blue Zones” in the world where an unusually high percentage of people live to over 100 years old…

Once you go to Nova Scotia, you’ll never be able to live far from the sea again! 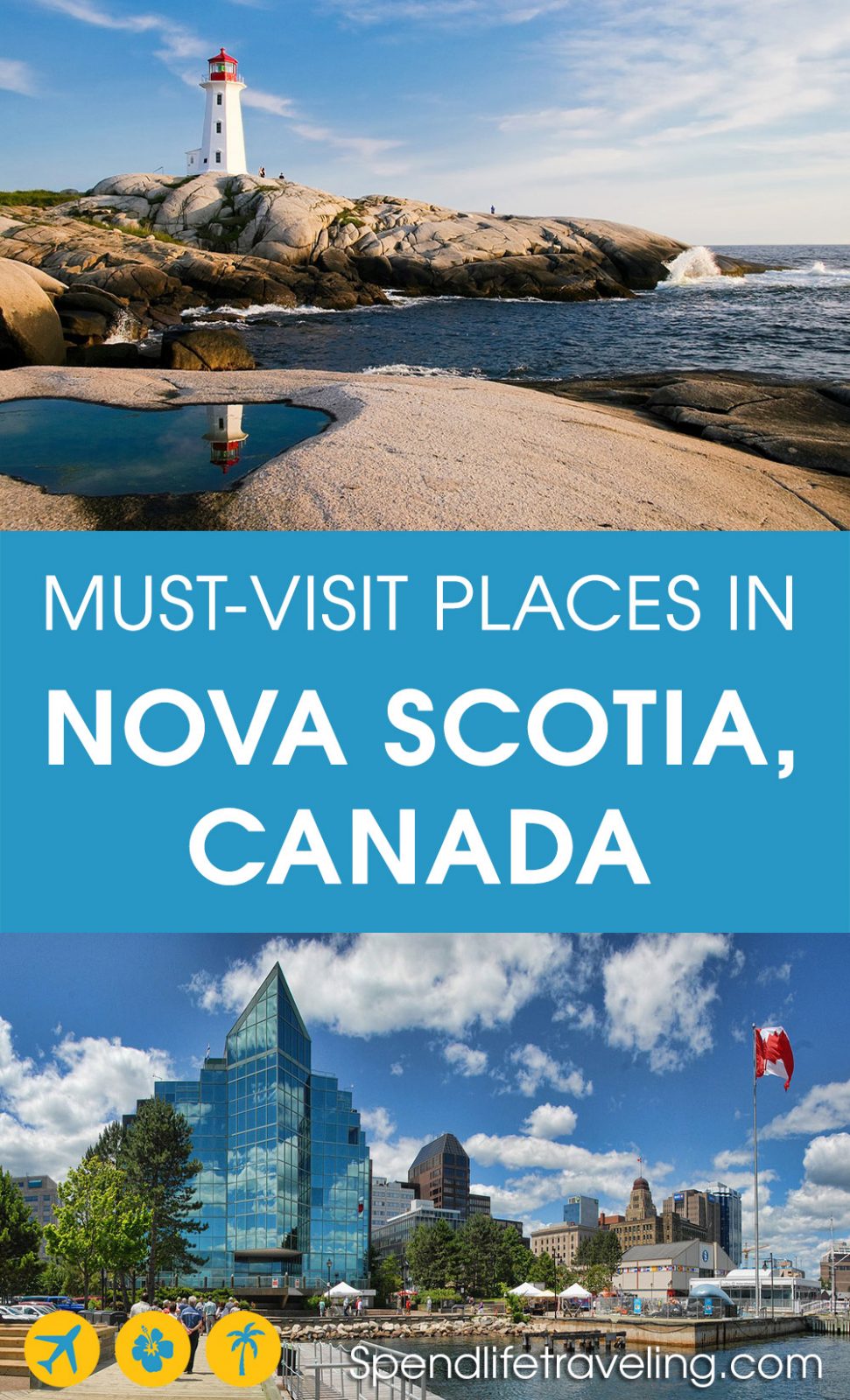 Featured image: Peggy’s Cove, one of the places not to miss when you visit Nova Scotia.