What is moving to and living in Amsterdam like? Having to build a new life in a foreign country?

In this Ask an Expat series I interview people living all over the world but outside of their own country. I hope to inspire you but I also want to paint an honest picture of the ups and downs of life abroad.

Being from the Netherlands myself I especially liked this interview: The Netherlands is the only country I can never experience as an expat.

This is my interview with Agnes, who moved to Amsterdam and shares her story of what expat life in Amsterdam is really like.

Living in Amsterdam, The Netherlands 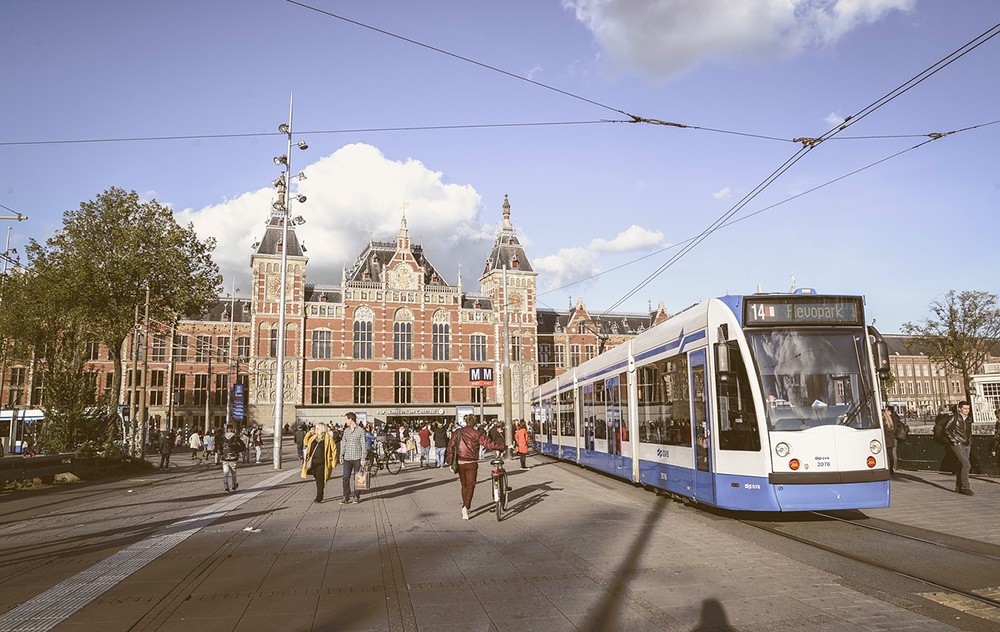 “I got bitten by the travel bug already as a child thanks to my travel enthusiastic parents.

They often took me along with them on different trips. As a teenager, I was encouraged to attend language camps abroad. Thus, one summer I spent in England and another in Germany independently learning languages and exploring the countries. And when I finally turned eighteen, I applied for a summer job in Italy.

All these experiences abroad were unforgettable. The experiences made me determined to move abroad once I would graduate from high school. And finally, the day arrived when I could move to Amsterdam.”

Why Did You Move to Amsterdam?

“After I finished high school I started researching study abroad options. My mind was set to get my higher education abroad and since I love traveling I was looking for tourism programs.

I found suitable studies in England, Germany, and Amsterdam. I applied to one university in each of those countries.

My application to the university in Munich got lost in the post and they never received my papers. Luckily, I ended up getting accepted into both the university I applied to in England and the one in Amsterdam. Because the tuition fee was considerably higher in England, moving to Amsterdam was the obvious choice.” 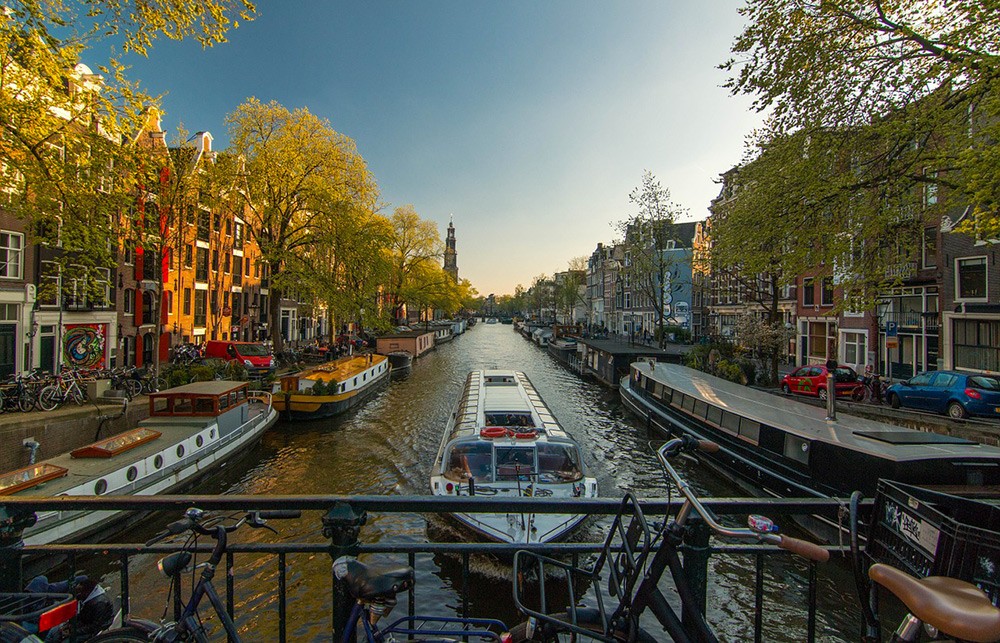 “That it is one hell of a cultural melting pot.

I love the fact that there are so many different nationalities, people with different styles, beliefs, views, and crazy life stories. I think this is what makes people more open and tolerant here. You will never have difficulties blending in because the picture of the whole city is already so colorful.

Amsterdam makes you feel free and lets you be who you are. Plus, you don’t have to worry about the language. Everybody speaks English.”

What do You Dislike About Living in Amsterdam?

“The weather. Ask anyone who lives there and they will have the same answer. It is often so rainy and dull. The wind is horribly strong too.

You cannot trust the thermometer; it always feels different. I was often under or overdressed.”

What is Your Favorite Thing to Do in Amsterdam?

“Just walking around the city can be very entertaining because of the interesting people you will encounter or the fun things you will see. One day I stumbled upon a shop that only sells rubber ducks, for example.

Lots of spots in the city are covered with stunning street art. Moreover, you will never get tired of the beautiful views on the canals.

Because the weather is often rainy, Amsterdam also has many nice places to just sit and drink coffee, tea or hang out.”

What Is Your Favorite Place to Hang out in Amsterdam?

“That is a difficult question.

There are various great places to hang out in Amsterdam. One of my favorite places to have drinks with friends is the Bierfabriek. They have home-brewed beers and you can get a table with beer taps on them so you can just keep filling your glass. The best part, though, is that they have free peanuts and you can throw the shells on the floor without getting in trouble. Brings back the inner child in you.

I don’t smoke but I really liked the Hill Street Blues cafe. This is mostly meant for smokers who would like to have a drink as well since in normal coffee shops they are not allowed to sell alcohol. I was attracted by its location and grungy interior. It has a beautiful view of a canal from its windows and the whole place is covered with scribbles, drawings, writings or stickers from visitors.”

“There are a lot of expats in Amsterdam.

And there are also a lot of activities for expats. You can find multiple groups on Facebook with all sorts of information about upcoming events or fun things to do and connect with people.

There are many places in the city where you can meet other expats. For instance, there is the improvised comedy show in cafe CREA that expats visit. The performing group Easylaughs are very international too. Everybody can join their workshops as well.

There is the Amsterdam Language Cafe where international people come together and can help each other with learning languages. MixTree is another place that holds various types of events and all cultures are welcome.

This is one thing that’s great for expats in Amsterdam: there are numerous opportunities for expats to spend their free time and have some fun together.”

Any Tips for Moving to / Living in Amsterdam?

“If you are planning to move to Amsterdam, make sure you have a place to stay. Finding a place to live is very difficult and you need to start searching months in advance.

To get an idea of what accommodation In Amsterdam costs, both to rent and to buy, check out Funda.nl which is the main website people use to search for property.

Also, be very aware of scammers. Make sure that everything is legal and you have seen the place, have the correct keys to it and the contract before you pay for it. You can also use an agent to be more secure, but it will cost you extra.

Other than that just enjoy life in Amsterdam and be open to all sorts of craziness.”

Any Resources you Found Useful During the Process of Moving to and/or Building a New Life in Amsterdam?

“I Amsterdam is a very useful website. Both for expats in Amsterdam and for tourists traveling to Amsterdam”

Is There Something You Just Have to See or Do When You Are in Amsterdam?

“Well, I guess it is evident that one has to see the red light district and visit a coffee shop.

Besides that, I would recommend taking a canal cruise. You can choose from different boats and whether to go during the day or take a romantic cruise during the night.

If you love food tours I recommend this Amsterdam Food Tour & Canal Cruise.

If you like art, the Rijksmuseum’s huge gallery is a must-see.

And don’t forget to rent a bike!”

About Agnes – an Expat in Amsterdam 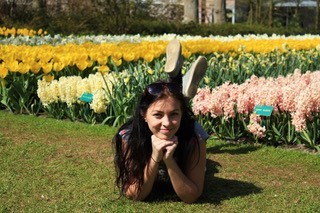 Agnes was born and raised in a small country called Estonia. She fell in love with traveling as a little kid and has been seeking adventure ever since.

She loves living in Amsterdam and showing this city to anyone who wants to visit. 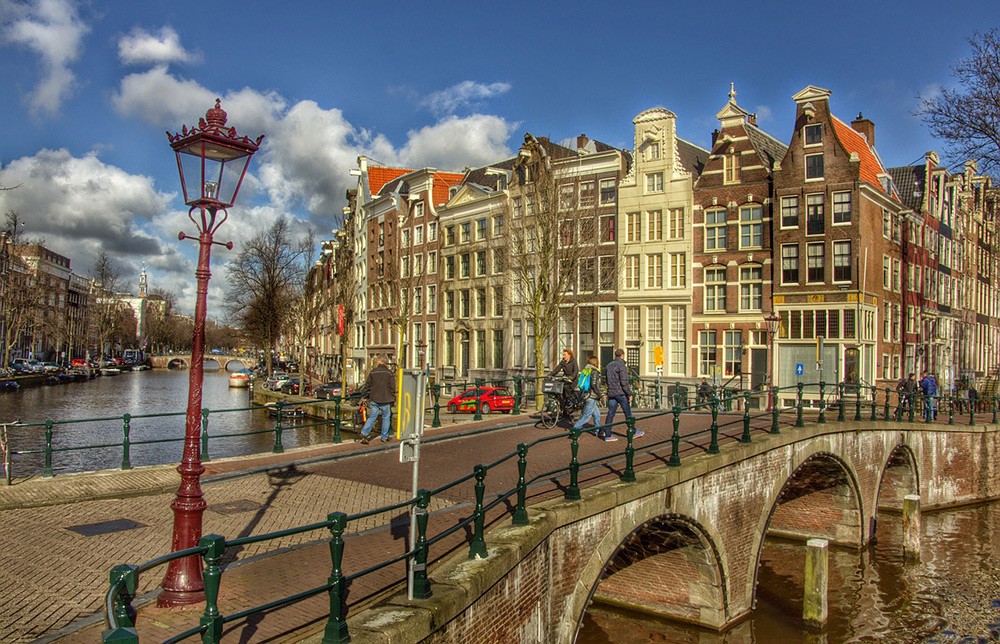 Amsterdam, capital of the Netherlands, is known for its artistic heritage, elaborate canal system and narrow houses with gabled facades, legacies of the city’s 17th-century Golden Age.

Amsterdam is colloquially known as the Venice of the North because of its canals that criss-cross the city, its impressive architecture and more than 1,500 bridges.

There is something for everyone’s taste in Amsterdam: whether you prefer culture and history, serious partying, or just the relaxing charm of an old European city.

Check out these Tips From a Local For Visiting Amsterdam

Like this article about living in Amsterdam as an expat? Pin it! 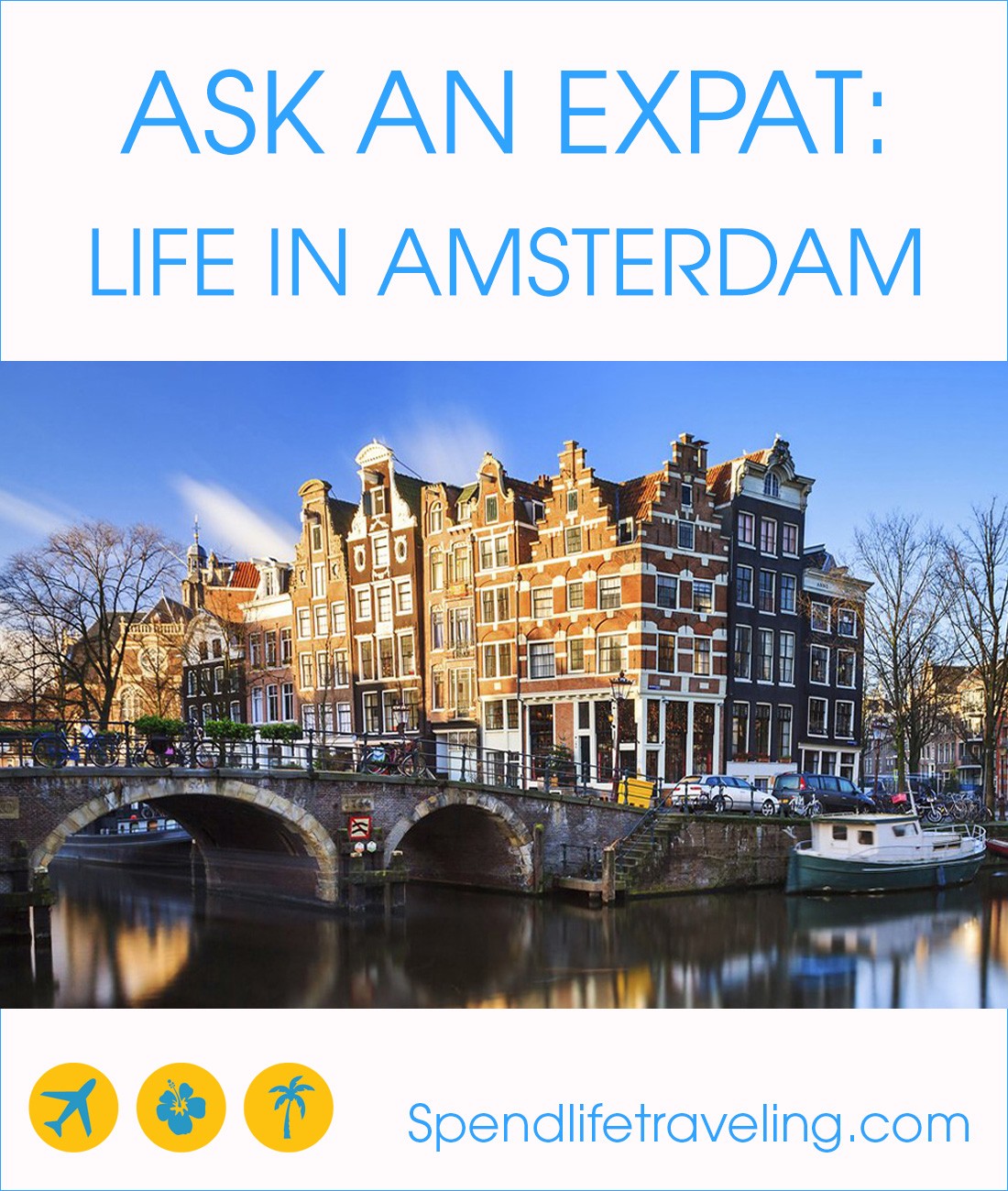 14 thoughts on “Ask an Expat: Living in Amsterdam, The Netherlands”