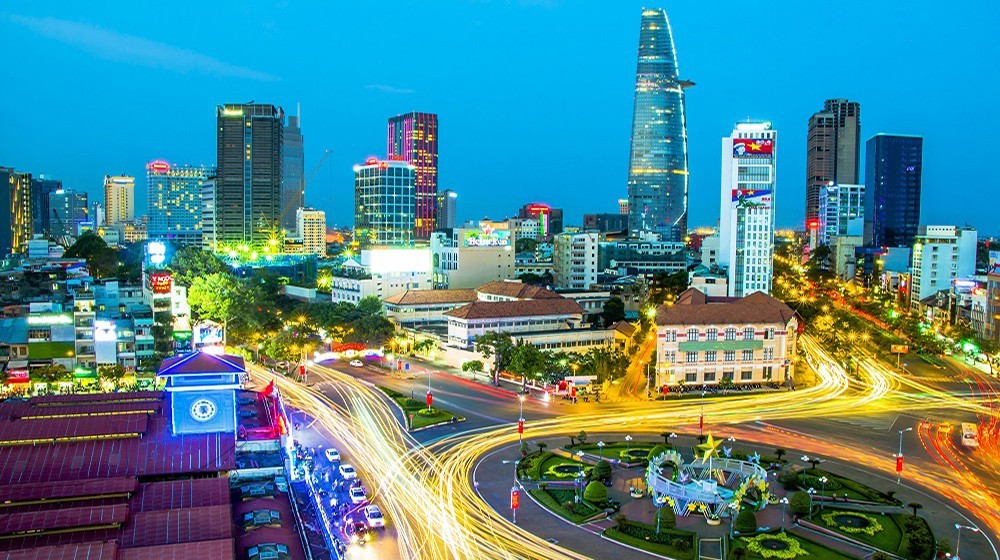 What is living in Vietnam Like? To start a new life in a foreign country?

In this Ask an Expat series I interview expats living all over the world. I hope to inspire you but I also want to paint an honest picture of the ups and downs of life abroad.

Moving abroad is a unique experience and even though it can be challenging at times, it teaches you so much about yourself and about the world and it is rewarding in so many ways…

This is my interview with Gareth, who is an expat in Vietnam, currently living in Ho Chi Minh City.

“When I graduated from University, I’ll admit that my options weren’t exactly abundant. I had been far from the model student during my time in education while the subject I had majored in had done precisely zero for my job prospects and even less for my bank account.

With little else presenting itself, I half-heartedly began a CELTA (Certificate in Teaching English to Speakers of Other Languages) qualification although, if I’m honest, I only really considered this to be a stop-gap solution and a means by which to kill a little time before a more long-term opportunity presented itself.

From there, my first stop was Korea. This was my first real experience outside of my home country and I knew almost immediately that returning home simply wasn’t an option. I loved teaching and I loved exploring and this had only whetted my appetite.

Why Did You Move to Vietnam?

“After having lived and taught for several years outside of East Asia, I really wanted to return.

Life is easy for an English teacher here; work is easy to find and although I admit I have been extremely fortunate in finding a position as enjoyable and generously reimbursed as I have, there are plenty of other teachers who are able to live very comfortably with very little stress.

Besides this ease of existence however, the move was primarily motivated by the advice of friends who had spent significant periods of time traveling throughout the country. They were universally positive about life in Vietnam and, having returned with tans, beer vests and boat-loads of incredible stories, it seemed as though they might be on to something.”

“There are just so many things to like about this country but by far the aspect of life here that most continues to amaze me is the warmth and friendliness of the people.

The Vietnamese really are some of the most welcoming individuals I have ever met. And considering how harrowing the country’s recent past has been, it is a testament to their humanity that outsiders are still welcomed so openly.

Aside from this however, some of the scenery on display throughout the country is simply astonishing while there is also a very unique charm to a city as chaotic and as crazy as Ho Chi Minh.

It would also be remiss of me if I didn’t mention the nightlife. Sure, the backpacker scene can get a bit tiresome and occasionally a little seedy, but all that can be forgiven when there is always a party happening and beers cost less than 20 cents.”

What Do You Dislike About Living in Vietnam?

“As I’ve alluded to previously, the expats in Ho Chi Minh City all seem to have a kind of love/hate relationship with the foreigner scene here.

Many of the people you meet on Bui Vien (the main backpacker street) are transient visitors looking to do little more than party and consequently, there can be quite a few who are less than well behaved.

Sex tourism, while not as common as in nearby Thailand, is most certainly a presence here and although I’m not going to pass any moral judgment of either the prostitutes or their clients, such a scene invariably comes with an element of unpleasantness.

Many of the bars are pretty sleazy while some of the poverty one witnesses on a daily basis is nothing short of appalling. Where fault lies for all this is not a question I feel qualified to answer but for visitors not accustomed to such sights, it can be a reality check.”

What Are Your Favorite Things to Do in Vietnam?

“One of the best things about living in Ho Chi Minh City is the fact that it is a great spot from which to explore the rest of Vietnam or even the neighboring or nearby countries of Laos, Cambodia and Thailand.

The airport is very easily accessible from the city center, flights are plentiful and cheap and it is more than doable to check out one of these places over the course of a weekend.

When I’m feeling like staying closer to home however, eating out in Vietnam is a great experience. There are tons of wonderful international restaurants around the city that could rival anywhere else on the planet but really, I like to try places that are frequented by locals. If it moves, people here seem willing to eat it so pointing randomly at a menu can result is some pretty interesting albeit occasionally inedible dinners.”

“Expat life in Vietnam is incredibly varied. Whether that be in regard to age, country of origin or how long they plan to stay. Consequently, it really is difficult to lump them all into one category or even find one commonality.

There is a sizable TEFL (Teaching English as a Foreign Language) industry here and when you meet an expat in Vietnam there is a good chance he or she is teaching in some capacity. But, there are plenty of others here as engineers, entrepreneurs or assorted volunteers.

This ultimately means that you are bound to encounter some pretty interesting characters while living in Vietnam as well as come across some others whom you might not be so enamored with.

Ho Chi Minh really is an incredible melting pot of people and part of the fun is the impossibility of knowing who or what to expect.

If you want to connect with the expats in Vietnam there are several groups on Facebook such as this one where you can ask questions, find apartments for rent, etc.”

Any Tips for Moving to / Living in Vietnam?

“It really does depend on where you’ve lived previously.

If your experience has been limited to the developed world, there will undoubtedly be aspects of living in Vietnam that you’ll have to mentally prepare yourself for. Bureaucracy is laborious, to say the least, and it can take a long time to get even the simplest of tasks completed.

Traffic can be terrifying and outside the tourist areas, you will encounter very little English.

If however, you’ve lived in the developing world previously, you’ll probably be quite familiar with many of the challenges you are going to face and ultimately, all the great aspects of living in Vietnam will far outweigh the downsides.”

Is There Something You Just Have to See or Do When You Are in Vietnam?

“Halong Bay is generally regarded as the must-see spot in Vietnam and really, in my opinion, this reputation is entirely warranted. The place is supremely beautiful, particularly when seen on an early morning cruise.

Hoi An, in the center of the country, is also wonderfully picturesque.

For something a little more challenging I would suggest going to see some of the old war museums and learning about the horrific toll it took on its citizens. It seems to me that, even amongst all this beauty and potential for fun, we as outsiders owe it to the people of Vietnam to remember this tragic chapter of their history.”

Gareth Thompson is a travel writer and self-diagnosed nomad.

Although born in Northern Ireland, he has spent the last seven years on the road and has called everything from Belfast to Beijing, and Bangkok to Bishkek home. 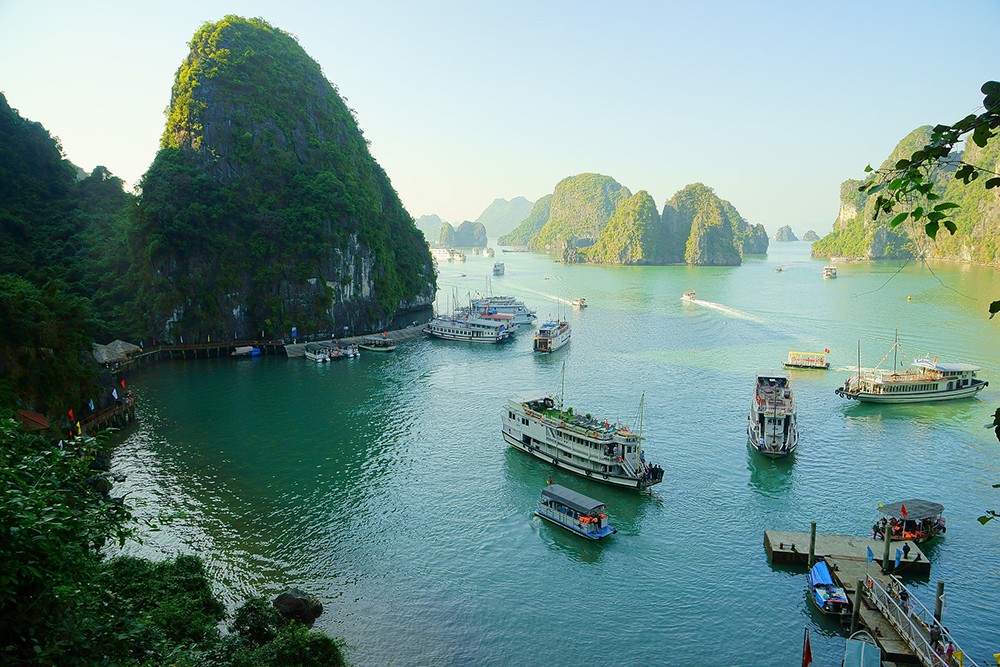 Vietnam is a Southeast Asian country on the South China Sea known for its beaches, rivers, Buddhist pagodas, and bustling cities.

Once a lesser-known destination, Vietnam has become very popular in recent years. With Hanoi consistently ranked among the world’s top 10 destinations by TripAdvisor, one can now find European tourists as far as in Ha Giang, one of the most remote mountainous provinces.

Also read: What to See & Do in Da Nang and this Vietnam Travel Guide

Ho Chi Minh City is the largest city in Vietnam and the former capital of the Republic of Vietnam (South Vietnam). Nowadays it is a busy, energetic city that helps drive the country forward.

From the finest of hotels to the cheapest of guesthouses, the classiest of restaurants to the tastiest of street stalls, the choicest of boutiques to the scrum of the markets, Ho Chi Minh City is a city of energy and discovery.

Like this article about expat life in Vietnam? Pin it! 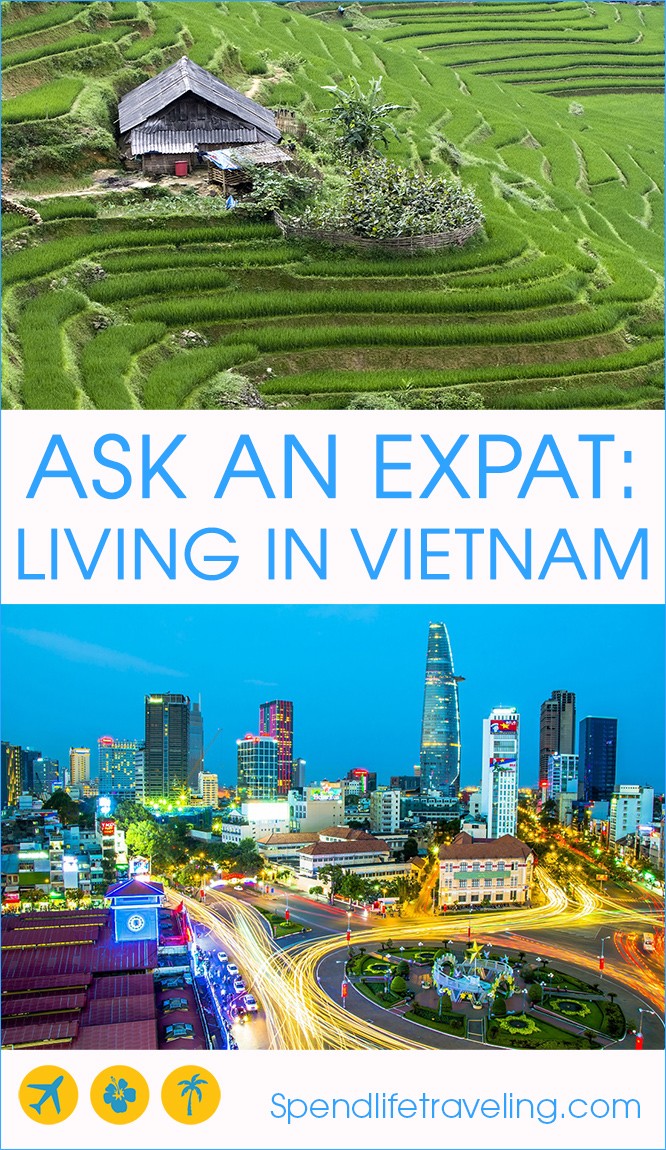