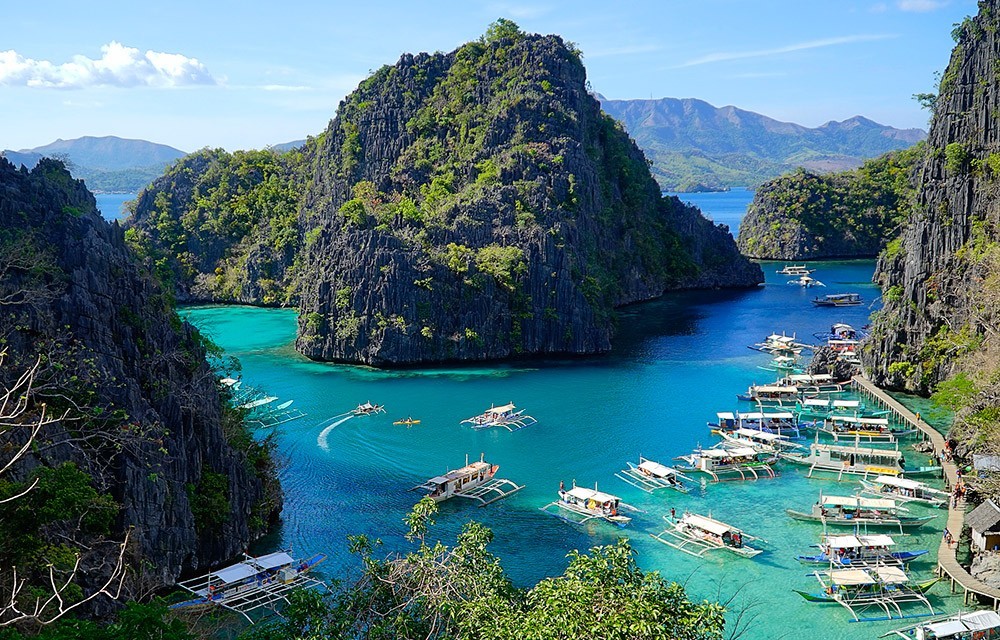 What are the best places for snorkeling in Palawan?

If you are traveling to the Philippines you will most likely go to Palawan. Palawan is an archipelagic province of the Philippines, named after its largest island.

Many websites and magazines rave about this destination and list it as a must-visit. And I would agree. Palawan is one of my favorite places in the Philippines.

The beaches of El Nido and the islands around it are simply beautiful (check out this El Nido travel guide) and Coron is equally alluring.

If you love the beach and the sun, Palawan is perfect. If you love diving, Coron offers some of the best dive spots in the country.

But what If you only want to go snorkeling in Palawan?

You may have fewer options because El Nido, for example, is more of a beach paradise than a snorkeling haven. If you love to snorkel, your best bet will be Coron as the underwater scenery there is more vibrant and spectacular than its beaches.

Therefore, don’t be surprised that most of the places on our list of best snorkeling spots are in Coron.

So, read on to find out where the best snorkeling sites in Palawan are. And, at the end of the article, you’ll find a map of all these snorkeling spots. 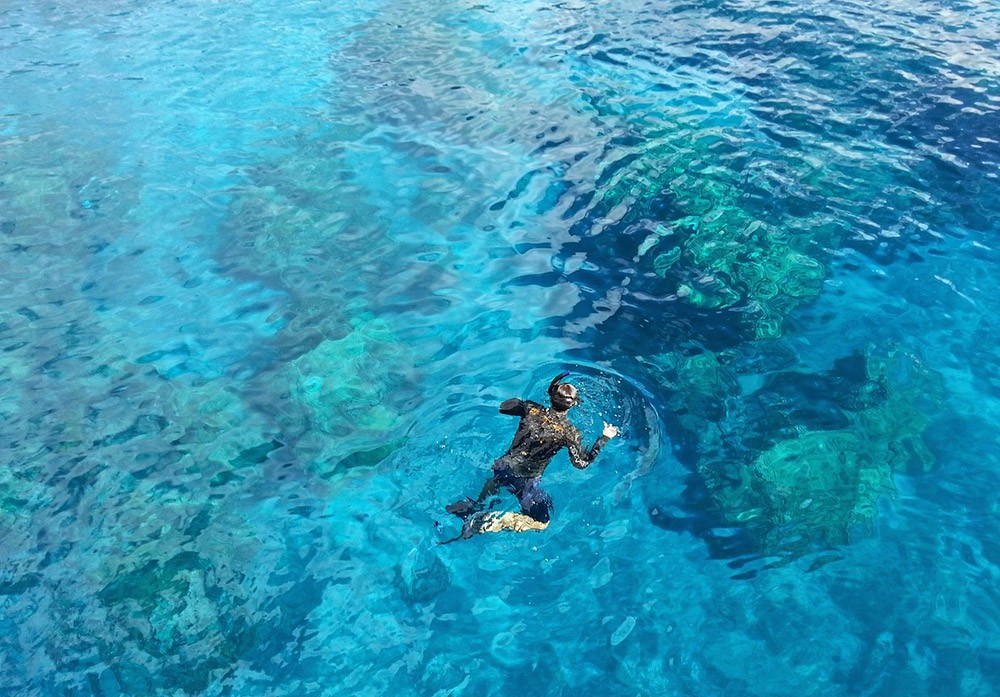 Black Island is named as such because of its black limestone cliffs jutting out from the dark blue waters. From a distance, the island looks as if it came straight out of the Pirates of the Caribbean film and from up close, the sheer size of it is imposing.

There are two caves on the island and the soft sand is great. But, the true wealth is underneath the waters.

Black island is a snorkeler’s paradise. The coral is healthy and colorful and can be accessed easily, at only a few meters from the shore.

In the middle of it all, if you would venture a bit deeper, you will find the wreck of Nanshin Maru, the so-called Black Island Wreck.

The wreck is a popular dive site and loved by underwater photographers. Because the wreck is located at a depth of 21 – 32 meters (69 – 105 feet) however, it’s not great for snorkeling.

Tip: check out this article about how to snorkel for practical snorkeling tips and the best snorkeling gear. 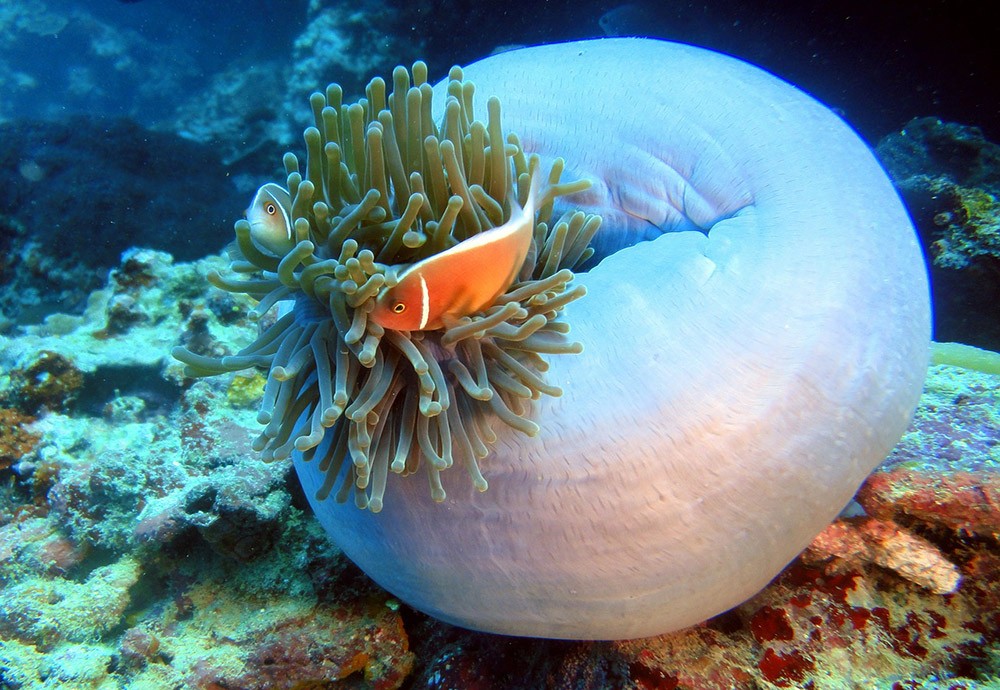 This is perhaps the most popular snorkel site in Palawan and the easiest to get to as it is the closest to Coron town.

As many of Palawan’s snorkeling spots Siete Pecados (Seven sins) can only be accessed by boat. Boats can’t dock anywhere so visitors have to swim from the boat to the islets.

The coral here is generally in good condition, although you will see some dead coral. There are numerous species of fish such as schools of jacks, barracudas, angelfish, anemones, clownfish, banded sea snakes, and anchovies, among others.

Occasionally, you also get to see sea turtles, stingrays, octopus, squids, juvenile sharks, and, if you are really lucky, whale sharks.

Tip: if you want to avoid the crowds, go early in the morning to enjoy this popular snorkeling spot in Palawan! 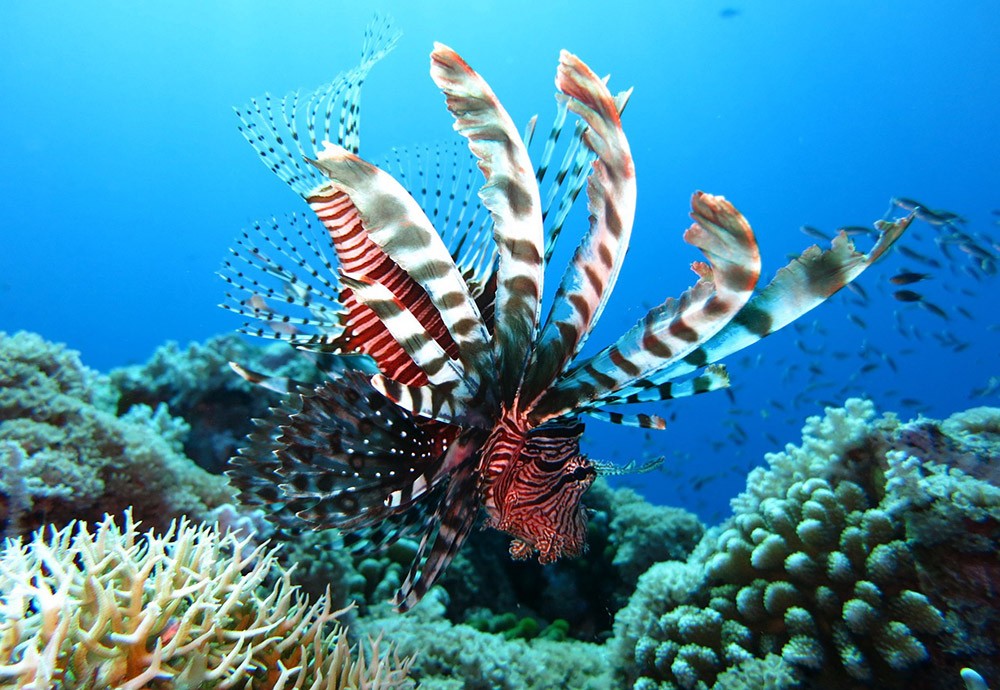 The wreck of a Gunboat that sunk in Lusong Island’s waters offers divers and snorkelers a great opportunity to marvel and take photographs of the thriving marine life here.

The wreck itself has been transformed into a beautiful artificial reef consisting of soft corals and sponges with a variety of fish species. The shallow depth of this wreck (5-15 meters or 16-49 feet) and clear visibility makes it ideal for snorkeling.

Some of the fish you may spot while snorkeling at this Palawan snorkeling spot are: parrotfish, damselfish, lionfish, nudibranchs, and stonefish.

This island is home to a good resort named Club Paradise Palawan and the resort’s house reef is in good condition with several reef systems consisting of both hard and soft corals.

But the real gem in Dimakya Island is its rare resident, the dugong – a sea cow related to the manatee. Dugongs come to feed here and they can grow to a length of 9 feet (almost 3 meters).

Another reason why Dimakya Island is special and protected is because it is a turtle sanctuary. From December to February, hawksbill turtles come to the island to lay their eggs and the resort staff and other volunteers fence the eggs until they hatch.

Resort guests can take part in the endeavor and help with the protection and guidance of the hatchlings as they make their way towards the sea. 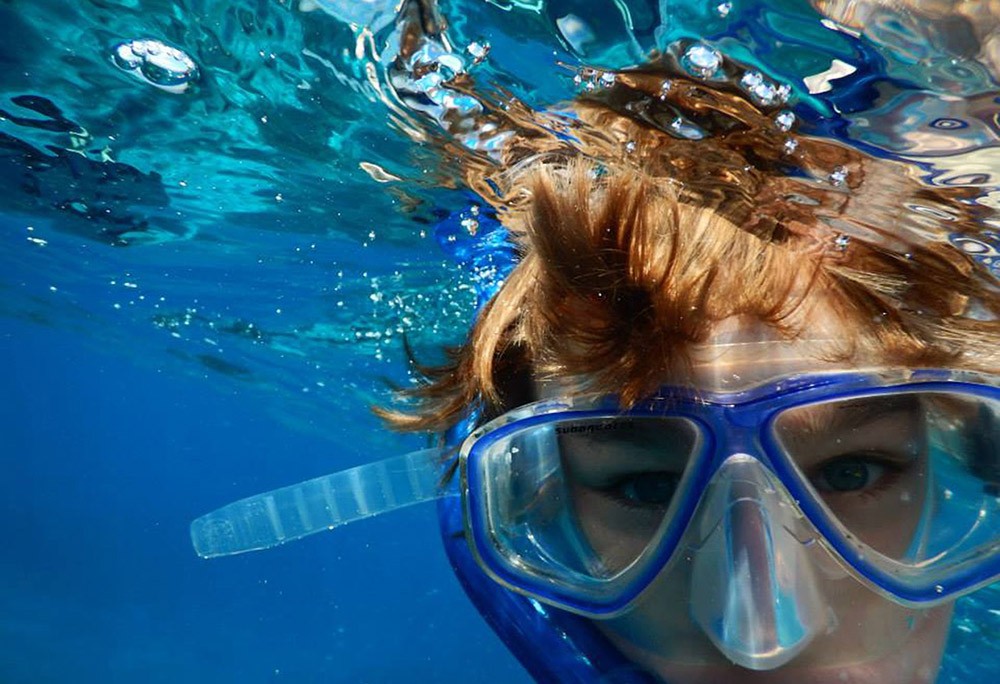 Easily one of the best snorkeling spots in Palawan, Dimalanta is a tiny uninhabited island located at the north of Busuanga.

Most boats cannot come close to the shore because the corals are in very shallow waters so boatmen will have to anchor a bit further and you’ll have to snorkel from there towards the shore.

Dimalanta Island has several tall corals and they are everywhere. The marine life here is really splendid and the crystal clear waters make it possible to see them from the boat without even having to get into the water!

Some marine species worth mentioning at this snorkeling spot are the mantis shrimps, plenty of angelfish and clownfish.

If you are a diver, you can also dive to see the wreck of Kyokuzan Maru which is said to be a spectacular sight in itself.

Barracuda Lake is breathtaking above the water but it is an entirely different scene underwater. The lake is deep and resembles a lunar landscape with numerous weird rock formations.

The lake is known for its unique thermoclines, which are distinct layers of cold, warm and hot water. This is caused by the meeting of the cold fresh water and the warm salt water. There is also a long cave system at a depth of 30 meters, which makes this a popular dive site.

There’s not a lot of marine life at this Palawan snorkeling spot, but you will encounter shrimps, gobies, groupers, and barracudas.

Kayangan Lake, which you will find right next to Barracuda Lake, is considered to be the cleanest lake in all of Asia.

It is also the highlight of almost all of the popular Coron tour packages. There are healthy corals and lots of fish in Kayangan Lake but it is most famous for its stunning scenery above the water, as you can see in the picture.

Tip: During peak season when there are lots of visitors, the entrance to Barracuda Lake can get very crowded. Leave your belongings on the boat and only bring your swimming gear.

Coral Garden is actually more for the seasoned divers because it can go to a depth of more than 130ft (40 meters).

Although popular for diving, Coral Garden is also a good snorkeling spot in Coron, Palawan, with a wealth of colorful coral and fish.

The shallow reef top is covered with hard and soft corals, leathery and smooth ones including small gorgonians and huge table corals.

Tip: Be careful with jellyfish, since they appear occasionally, and sea urchins that live on the bottom. 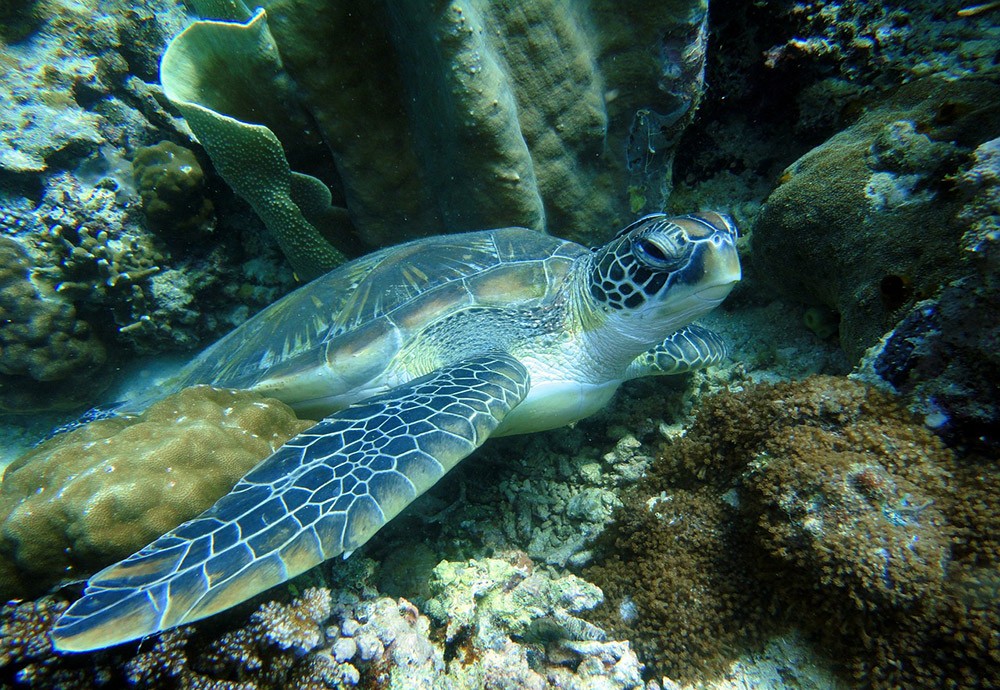 Characterized by the two protruding rocky peaks, Twin Peaks Reef is a great snorkel spot in Palawan, as it is rich in marine life and the reef extends for a few hundred yards.

The water here is very clear and relatively calm which makes it great for snorkeling. The reefs are shallow so boats are not allowed to dock close to the shore. Visitors will have to jump off and snorkel from the boat.

Twin Peaks Reef is home to sea turtles which, even though I have seen dozens over the years, are still some of my favorite sea creatures.

Tip: The amazing underwater scene can lure you away but you need to pay attention as the outer reef suddenly drops very deep. This can make less experienced swimmers feel uncomfortable, so try not to venture too far from the boat.

Banana Island is a beautiful island with long stretches of white sand beaches and crystal clear, calm waters. It is often visited along with Malcapuya and Bulog Dos Island but Banana Island has deeper waters and is a great snorkeling spot that deserves to be on this Palawan snorkeling list.

As you venture into the deeper waters you will find more and more corals and huge varieties of fish. You also see giant clams that are actually moving but you need to be careful if you are not a strong swimmer as the reef comes to a sudden deep drop and currents tend to get stronger.

Noa Noa Island is a private island with a resort on it. The island was designated an official Marine Sanctuary in 2006 with a boundary from the shore to 20 meters (66 feet) past the edge of the reef.

This means only resort guests can enjoy snorkeling at this reef. However, I felt it still deserved a mention in this list of best snorkeling spots in Palawan, because of the quality of the reef.

The 70-hectare marine sanctuary is teeming with diverse coral and fish species. The government declaring it a protected site has helped it flourish and grow to become one of the best fringing reefs – one of the four main types of coral reef – in the world.

Noa Noa coral reef features a long, spectacular drop off and several caves. The visibility is normally very good and the reef is so close to the shore that you can snorkel for hours without venturing far at all.

Final Tips For Snorkeling in Palawan

If you visit Palawan and love snorkeling you’ll most likely spend most of your time in El Nido or Coron. Although I’d also suggest Port Barton as a cute place to visit and you might find yourself in Puerto Princesa for a few days because of flights.

All of these places offer standardized boat trips taking you to various of Palawan’s snorkeling spots.

Although there are different tour companies to choose from, the tours are almost all the same (with incredibly uninspiring names such as ‘Tour A’, ‘Tour B’ and ‘Tour C’). Add to that the fact that Palawan is a very popular tourist destination and you can probably picture the crowds at these snorkeling spots.

If you want to avoid the crowds and have the budget, I’d recommend booking a private tour. Especially if you are staying in Coron with so many snorkeling spots to choose from.

If it’s just one or two of you, maybe find a couple of other travelers and book a private tour together.

When you book a private tour you can ask to go to less crowded places or go to popular snorkeling spots at quieter times.

And one final tip: please be careful not to touch or step on the coral!

I’ve seen so many people accidentally damaging coral in Palawan.

The coral is often in very shallow water so if you don’t watch where you swim you easily touch and damage some coral. Not to mention the scratches and painful rash you can end up with.

Some coral may at first glance look like a rock to you because of its brownish color. When you step on it you kill the coral. Therefore, try not to touch the bottom and if you do have to walk, place your feet on sandy patches in between the rocks and coral.

Enjoy Palawan and all of the great snorkeling Palawan has to offer!

Map of the Best Snorkeling Spots in Palawan

Like this article about the best snorkeling sites in Palawan? Pin it! 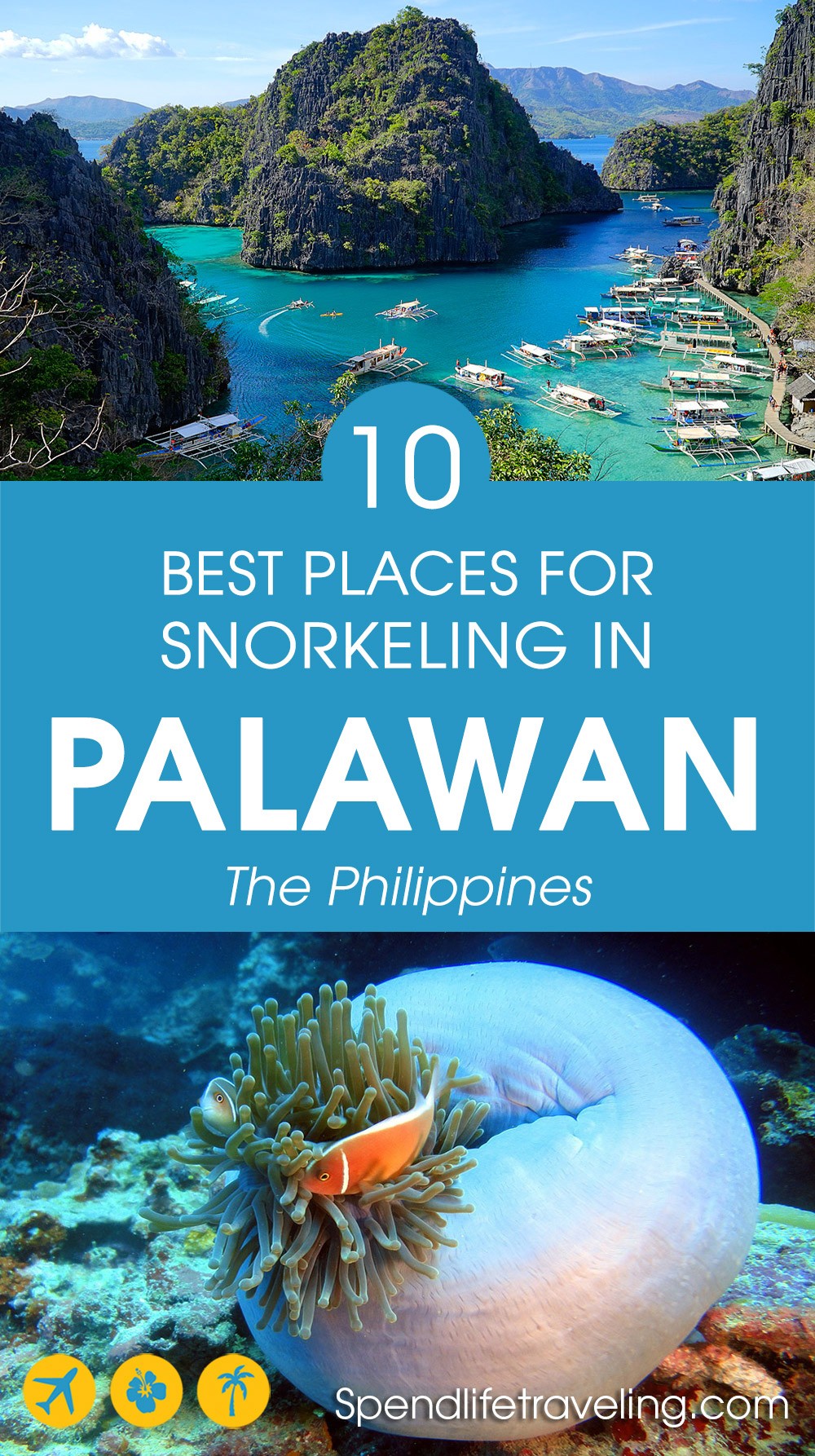 5 thoughts on “10 Best Snorkeling Spots in Palawan, the Philippines”