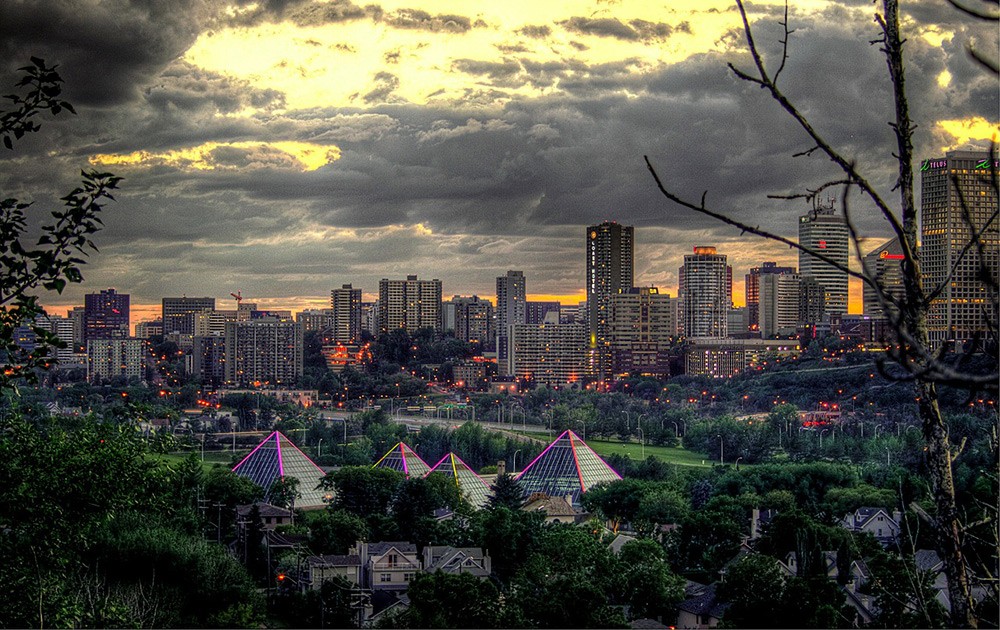 Is Edmonton a good place to live?

And what do you need to know if you are thinking about moving to and living in Edmonton?

In this Ask an Expat series I interview people living all over the world but outside of their home country. I try to help paint an honest picture of the ups and downs of life abroad. In the interview, the expat shares tips for moving to and living in the city, town or country the expat now calls home.

And although this interview discusses life in Edmonton from an expat perspective, most tips and information is equally useful for anyone who already calls Canada home.

“I grew up on Australia’s east coast and didn’t leave my home country until I was 23.

I had been wanting to get out and explore the world over a year earlier, but I didn’t want to go at it alone.

But, eventually there was no one left that could or wanted to go to Europe with me. So finally I booked a one-way ticket to Ireland for March in 2013, and set off to the other side of the globe.

I traveled Ireland for a few months, and then the rest of Western Europe and a few countries in the east.

I met my Canadian partner in Prague, Czech Republic, and by the end of 2013 I had moved to Canada and was getting adjusted to the sometimes brutal Canadian winter.

Since moving to Edmonton over 6 years ago (does NOT feel like 6 years!), I’ve traveled domestically and internationally with my partner many times.

We visited Europe as a couple again, traveled through Asia for a year and went on an 8-week road trip through Canada, into the Arctic Circle. And there’s plenty more I want to see!

Before leaving Australia, I had no clue travel would become such a massive part of my life. I’m always looking towards the next adventure, or experience, whether that be by myself or as a couple.”

Also read: 10 Signs You Have Been Bitten by the Travel Bug

“Compared to other cities in Canada, the cost of visiting and living in Edmonton is a fair bit lower.

A liter of gas/petrol fluctuates anywhere from $.90 to $1.20 and there’s plenty of meals in decent restaurants that cost under $15.

Being a Canadian city, the locals are, for the most part, friendly and easy to get along with. Just walking along the streets, you’ll most likely have a few friendly and polite interactions.

If you know anything about hockey, going to a bar to watch the local team, the Oilers play, is always a pretty lively atmosphere.

All up, I would say the quality of life is comparable to many other countries, especially those in the Commonwealth.

Despite the chilly winter winds, Edmonton has a nice range of climate. Being Australian, the summer sun is a welcome sight.

Edmonton is also a great place to do day trips from. Or spend a few days road tripping to mountains. Jasper National Park is a stunning natural display of towering mountains and crystal blue lakes. Even though it is a 4-hour drive away, it’s well worth the effort of visiting.

Inside Edmonton itself is a huge amount of activities and sights no matter the time of year. Following the banks of the North Saskatchewan River gives some golden and red views of trees losing their leaves for the winter or lush green pathways in summer.”

What Do You Dislike About Living in Edmonton?

“The winter. I’ve been living in Edmonton for 6 years now, and the winter never gets easier.

While I can deal with minus 20-30 Celsius (-4 to -22°F) without complaining too much, as soon as that chilly wind picks up, I won’t stop whining.

Even though there’s plenty of things to do in the winter, such as festivals or one of the many winter sports, I rarely am excited to leave the house in fear of that freezing wind! I still do, I just complain more than usual!”

What is Your Favorite Thing to Do in Edmonton?

“Attend Festivals. Edmonton has earned the nickname the “city of festivals”, as throughout the year there are so many fun, interesting and memorable ones to attend.

If you can dream it, Edmonton probably has a festival for it!

My favorite festival in Edmonton has to be Heritage Festival, held every October. Over 90 countries come together to showcase their cultures, cuisine and different forms of art, from dancing to painting.

This melting pot of culture is the world’s largest that takes place outdoors. Every year I leave after eating way too much, but it’s always so worth it!”

What is Your Favorite Place to Hang Out in Edmonton? 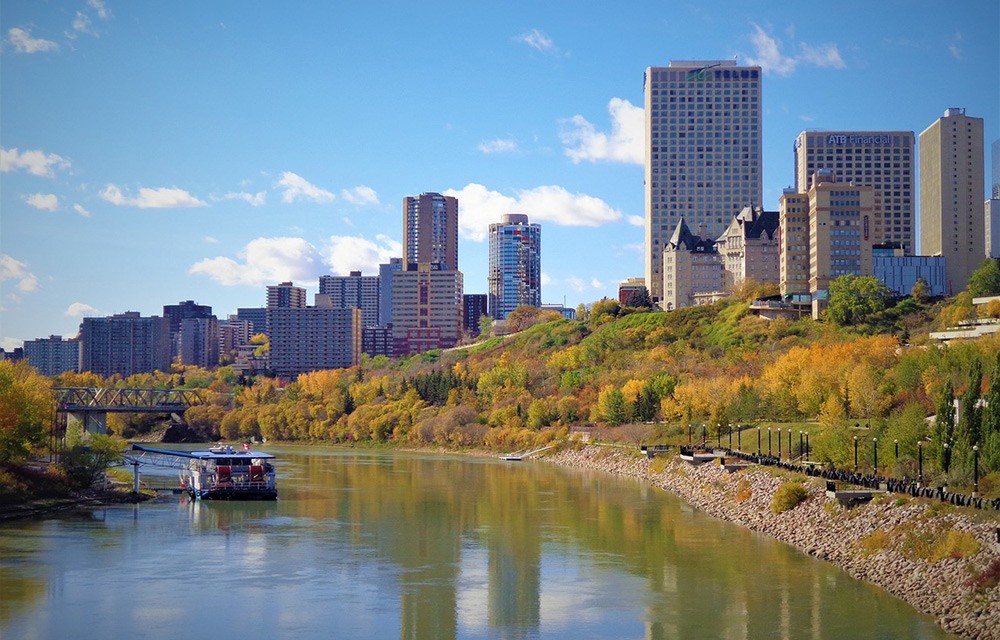 “One of my favorite bars is on Whyte Avenue (82nd Avenue), called The Buckingham.

This is a pub with a great atmosphere, especially if there’s a band playing. The Buckingham serves a menu of pub-style food that is 100% vegan.

I’ve lived close to The Buckingham for a few years now. And even though there are closer bars and pubs, I consider it my local and always start off a night out there.”

What is the Expat / International Community Like in Edmonton?

“Edmonton has a unique expat community.

There are pockets of every nationality and culture you can imagine. This amazing blend makes meeting new people in Edmonton always a little different and interesting.

Whenever I meet a fellow Australian it is a great conversation learning about where they came from and why they live in Edmonton.”

Any Tips for Moving to and Living in Edmonton?

There is a limited Light Transit Rail (LRT) service and a bus service, but unless you’re visiting a popular place, it can be difficult to get around, especially to the outskirts of the city.

Before I was able to drive, I relied on the bus network to get to and from my various jobs. It was not fun waking up just to spend an hour on a bus.

My tip is to be able to drive as soon as possible. It makes the city of Edmonton much more accessible.

Finding friends and like-minded people to hang out with can be difficult in Edmonton, like in many new cities.

The best way I’ve found is through sport, mainly soccer. Even though I’m not that great, I’ve met some great friends through this sport, and staying active is a good thing too!

Meetup.com is used a lot in Edmonton for sports and events and is a great way to meet people.”

Any Resources You Found Useful During the Process of Moving to and/or Building a New Life in Edmonton?

“I was lucky that when I first moved to Edmonton my partner’s family helped me settle in much easier than if I was moving here by myself.

But, while getting your life set up in Edmonton there are a fair few resources to make it easier.

Libraries are a great place to visit. I’ve hired video games, books, and CDs, but access to a printer, fax machine, and scanner for next to nothing was a lifesaver.

If you’re traveling a short distance around downtown or Whyte Avenue, and would rather not deal with the bus/LRT systems, there is an app called Pogo.

Pogo is kind of a car-sharing app. You sign up, pay a small fee, then have access to cars that are parked around the allowed areas. You are charged 47 cents per minute of use. It’s really useful for short trips when you just don’t want to walk or use public transport.

Kijiji.ca is one of my favorite apps to use not only in Edmonton but around the country. You can find a place to live, find work and buy almost any second-hand items you can think of. It’s super handy!

Meetup.com, as I mentioned before, is a great way to meet friends. Whatever activity you’re into, whether it be sports, art or just hang out and have a drink – you’ll find something on MeetUp that makes it easy to meet new friends.

Indeed.ca is the best place to search for a job. It is by far the most popular website that companies advertise vacant positions on. Applying to jobs is super easy as you can upload a resume and apply instantly to most jobs.”

Is There Something You Just Have to See or Do When You Are in Edmonton?

“West Edmonton Mall is pretty cool! It was the largest mall (shopping center) in the world when it was erected, it’s currently the 5th largest.

But what makes this place so interesting is the features inside.

There’s obviously plenty of shopping opportunities, but under its large roof is a water theme park with slides and a wave pool, an amusement park with a rollercoaster, an ice skating rink and a pirate ship.

It’s a pretty cool place to see, if you can handle the number of people!”

Ben is an Australian who has been living in Edmonton, Canada for the past 6 years.

On his travel blog Horizonunknown.com he wants to show you that travel doesn’t have to be expensive to be fulfilling. And that apprehensions of a horizon unknown should not stop you from travel.

He has visited over 50 countries and hopes to inspire you through his experiences, to travel and to create your own experiences. 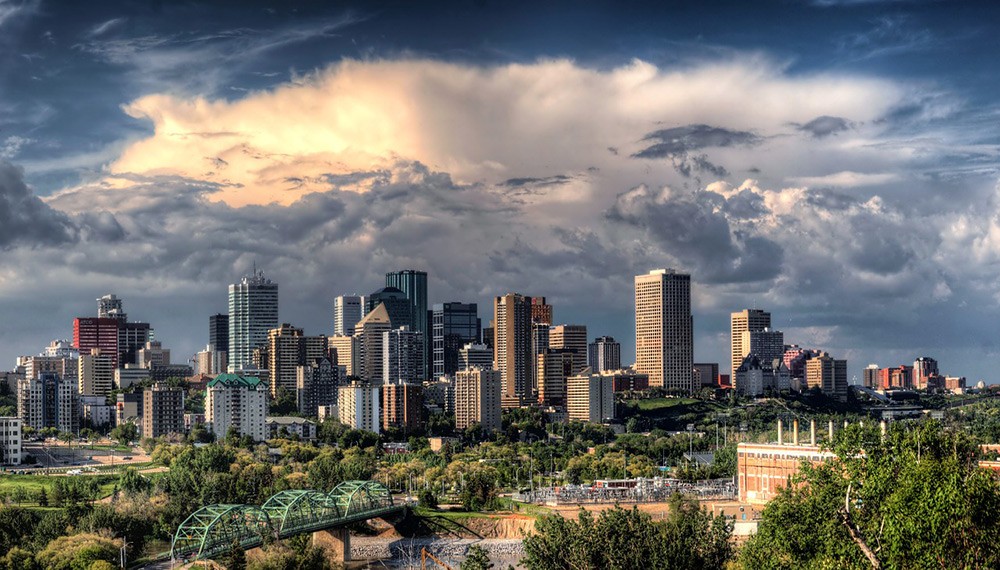 Edmonton is the capital city of Alberta, Canada. It has a population of almost 1 million people and 1.35 million in the metropolitan area.

If the great outdoors is not your target, Edmonton also offers West Edmonton Mall, the largest shopping mall in the Western Hemisphere.

On top of that, the city has a vibrant theater community, numerous annual festivals, national sports teams that are active year-round, and wonderful winter recreational opportunities.

Like this article about life in Edmonton? Pin it! 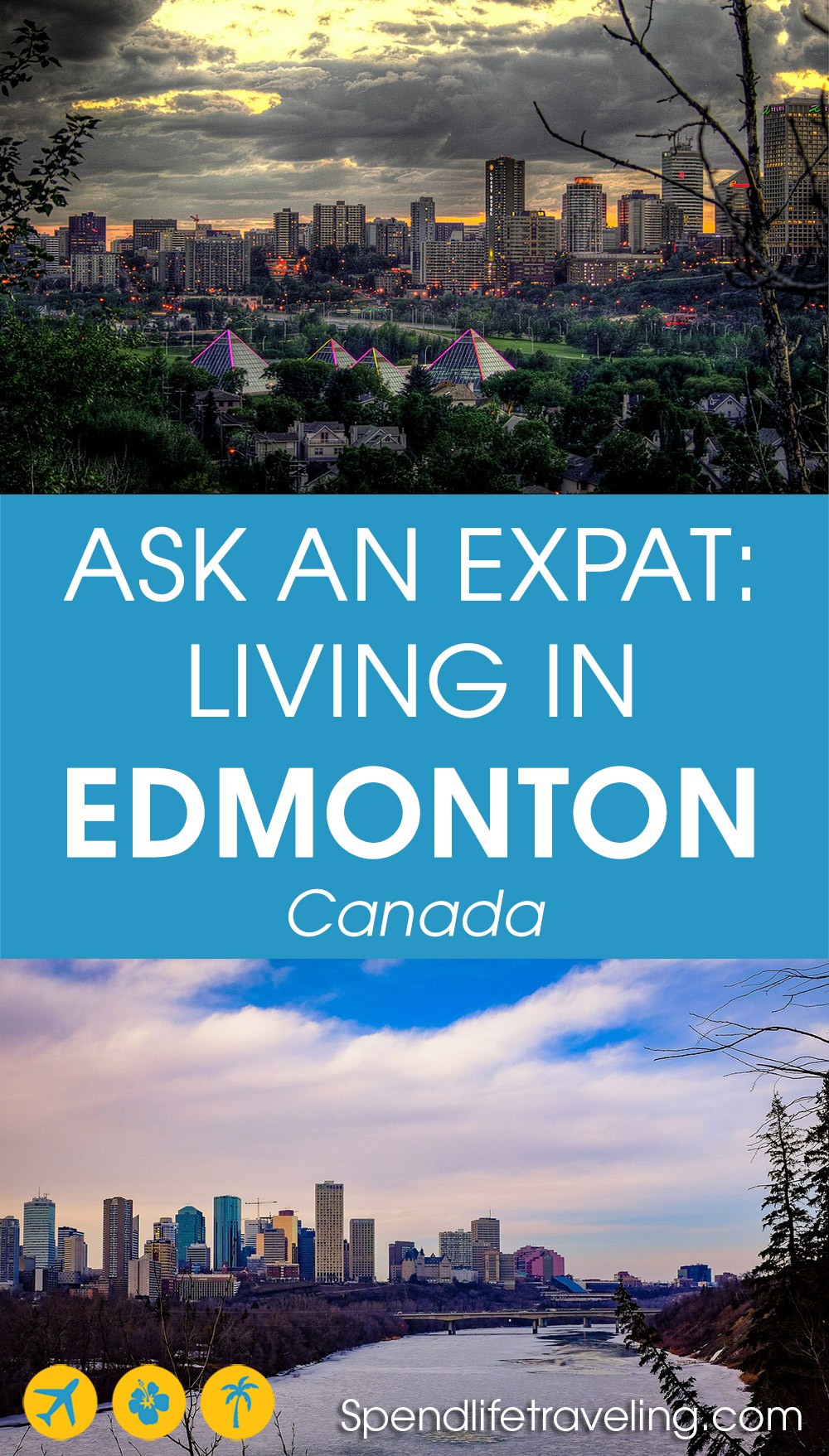