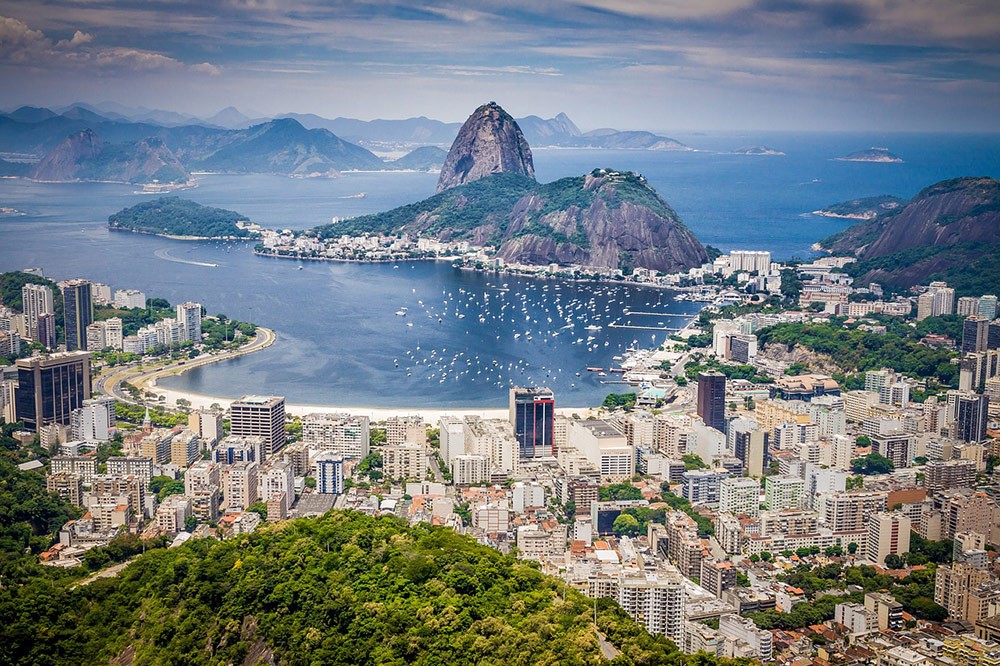 Rio de Janeiro is a colorful city that attracts people from all over the world. I loved visiting this city but what is it like to move to and live in Rio de Janeiro?

To find that out I interviewed Frank, who has been living in Rio de Janeiro for several years now. 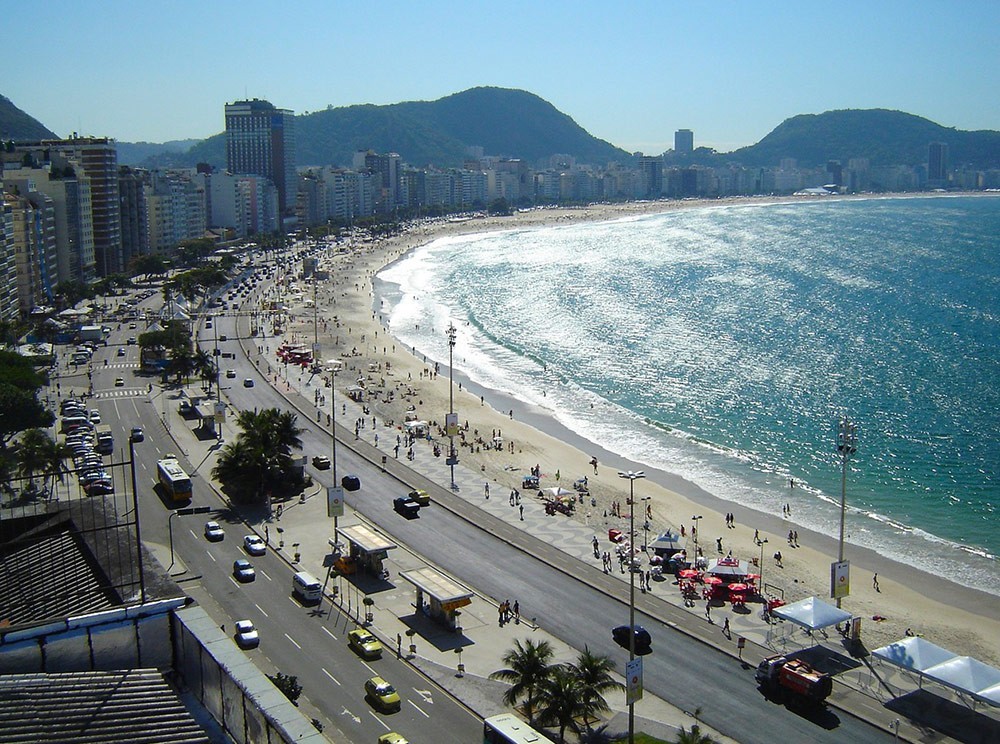 “Before moving to Rio de Janeiro, I was working as a software tester in the Netherlands and hadn’t visited many countries outside of Europe.

About three years before that, I met my wife, who is Brazilian, in Amsterdam. She was living there at the time, and, well, I didn’t know much about Brazil before meeting her. Still, the differences in our cultures surprised me positively.

As a result, I became a huge fan of Brazilian culture, more specifically of their music and food. So you can imagine that moving to Rio de Janeiro wasn’t difficult for me at all.”

Why Did You Move to Rio De Janeiro?

“I moved to Rio because my wife, who is Brazilian, started a project about the country where she needed to live in that area for research purposes.

She started a travel, culture, and food website about Brazil, and at that time, it made sense to live in Rio de Janeiro.

This way, she could make her project happen, and I could enjoy some good weather for a change.”

What Do You Like About Living in Rio de Janeiro? 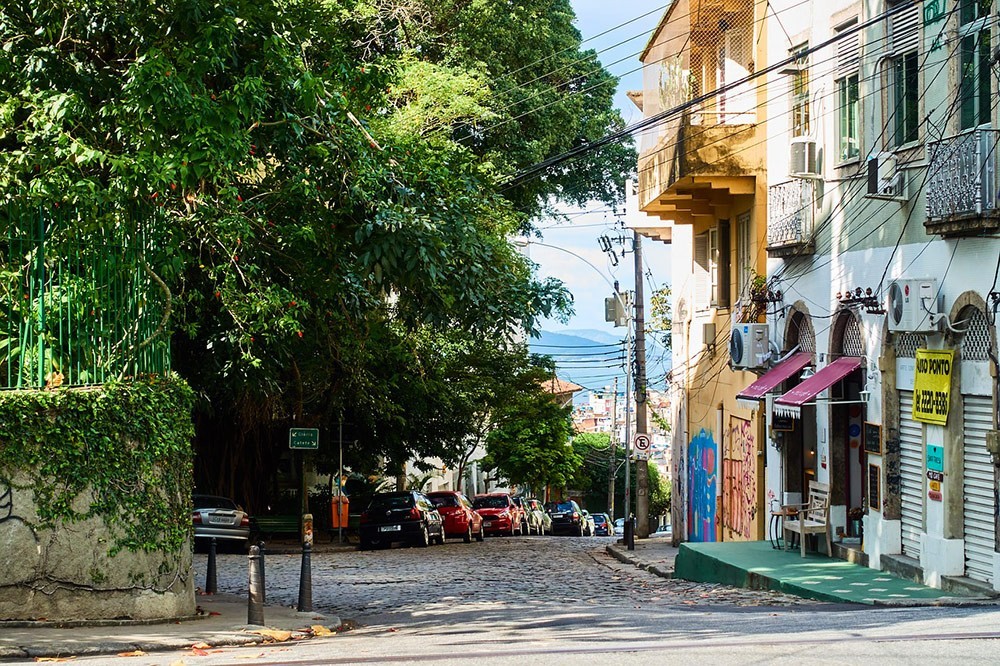 “I love the easygoing atmosphere Rio has.

And I can’t possibly imagine someone could get tired of the views and sights of this place.

Rio is a really fantastic city to live in.

It’s so lively and massive. There is a lot to do and see here.”

What Do You Dislike About Living in Rio de Janeiro?

“Some areas are very neglected.

Mind you, I’m not talking about the favelas (slums), as that is another issue. Still, plenty of museums are neglected by the local authorities, which is a shame.”

Is Rio de Janeiro Safe as a Place to Live?

Long answer: Rio has a long history of violence and crime, which we all see on the news.

While the mainstream media do exaggerate, admittedly there is a long way to go to make Rio de Janeiro as safe as Amsterdam, for example.

I’m grateful to say I have never had any problem in the city, or anywhere else in the country.

Still, Rio is no stranger to violent crimes.

I think it all depends on where, what, who, and how. Either way, this issue should be taken more seriously by the local government.”

What Is Your Favorite Thing to Do in Rio de Janeiro? 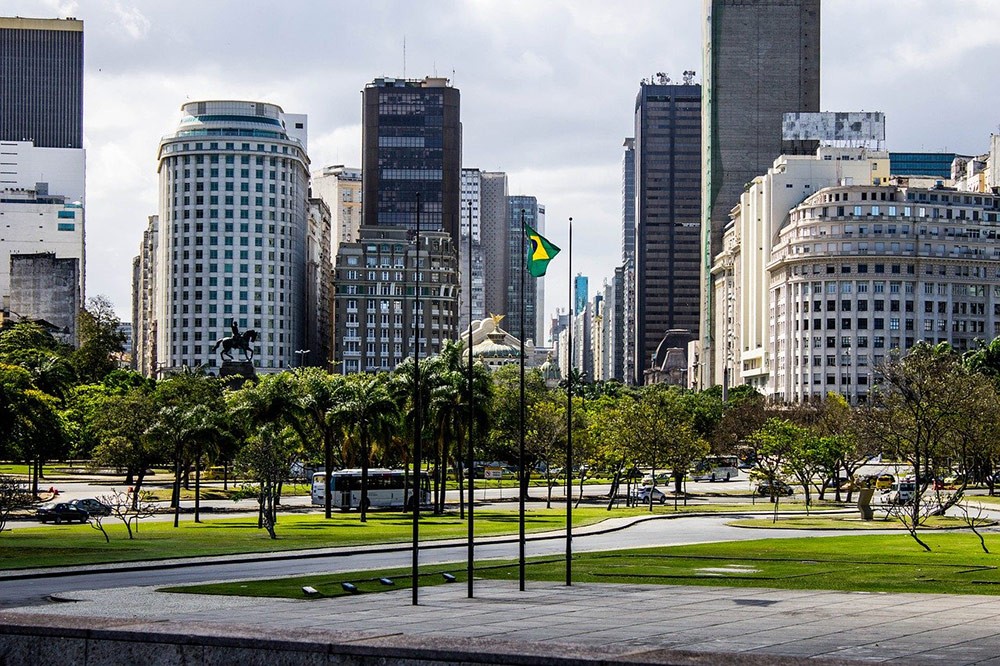 “Going out, jogging on the promenade, and taking in the city.

Rio really is a beautiful city to live in”

What Is Your Favorite Place to Hang out in Rio de Janeiro?

“For a coffee, we always go to Parque Lage.

It’s a café and art school based in a former Italian mansion which lies at the foot of the Corcovado Mountain, in the Tijuca Forest. It’s a unique setting!

But Lapa and Santa Teresa are definitely THE places to have a few drinks and enjoy live samba bands.”

What Is the Expat / International Community Like in Rio de Janeiro?

“There are plenty of expats living in Rio de Janeiro, and many of them came to Brazil because of career opportunities.

InterNations and Meetup.com are great websites to find events and connect with other expats in town.

Also, Facebook is full of useful groups where people moving to Rio can meet other expats. Just do a search on Facebook for ‘living in Rio de Janeiro’ and you’ll find a good number of groups you can join.”

Any Tips for Moving to / Living in Rio de Janeiro? 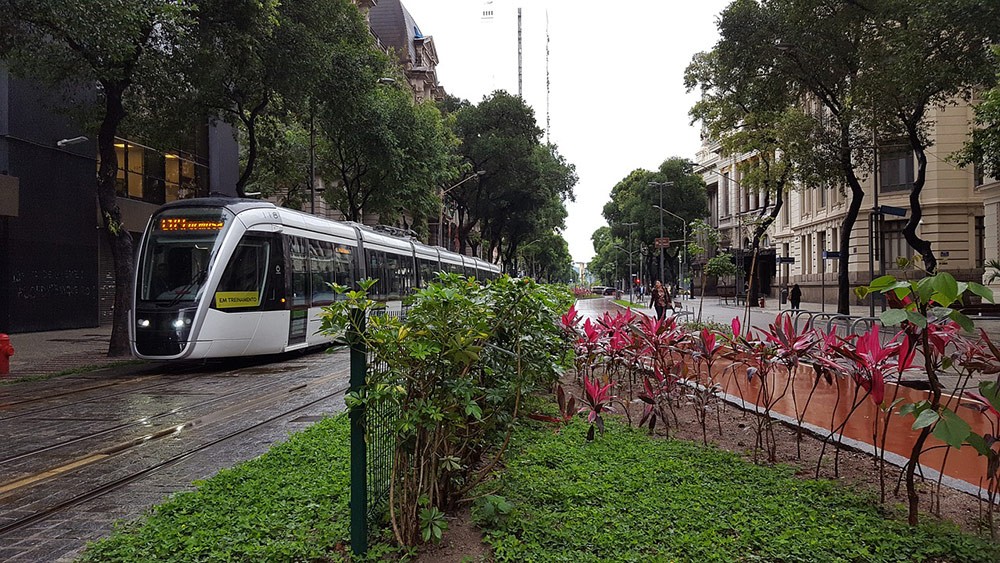 “Rio de Janeiro is a very touristy city. Rental prices in the southern region can, therefore, be quite high, and it can be difficult to find accommodation in the best areas.

But the metro network connects major neighborhoods, so you could easily extend your search area.

Copacabana and Ipanema are the most expensive areas. So you could leave those areas out of your search if you don’t want to pay R$6,000 a month in rent.

Rental prices outside of those areas are substantially lower and definitely worth checking out!”

Any Resources You Found Useful During the Process of Moving to And/Or Building a New Life in Rio de Janeiro?

“To look for jobs, I recommend Vagas.com.br and Indeed.

Do note that unless you find a highly skilled job, you generally need to speak Portuguese to get a job in Rio de Janeiro because most people don’t speak English.

These are the three most popular websites used to find accommodation in Rio:

Is There Something You Have to See or Do When You Are in Rio de Janeiro?

“Take a stroll around the Lagoa Rodrigo de Freitas and marvel at the Corcovado Mountain.

Go up the Sugarloaf and take in the city.

Rio’s landscape is a UNESCO World Heritage Site because of its exceptional beauty.

Discover other parts of Rio, for instance, hit a beach called Prainha right after Recreio dos Bandeirantes. It’s a much less touristy beach, but you need a car to get there.

Also, do visit nearby towns. Many places are forgotten because most tourists only visit Rio de Janeiro City. For instance, Petrópolis and Teresópolis are towns worth visiting.” 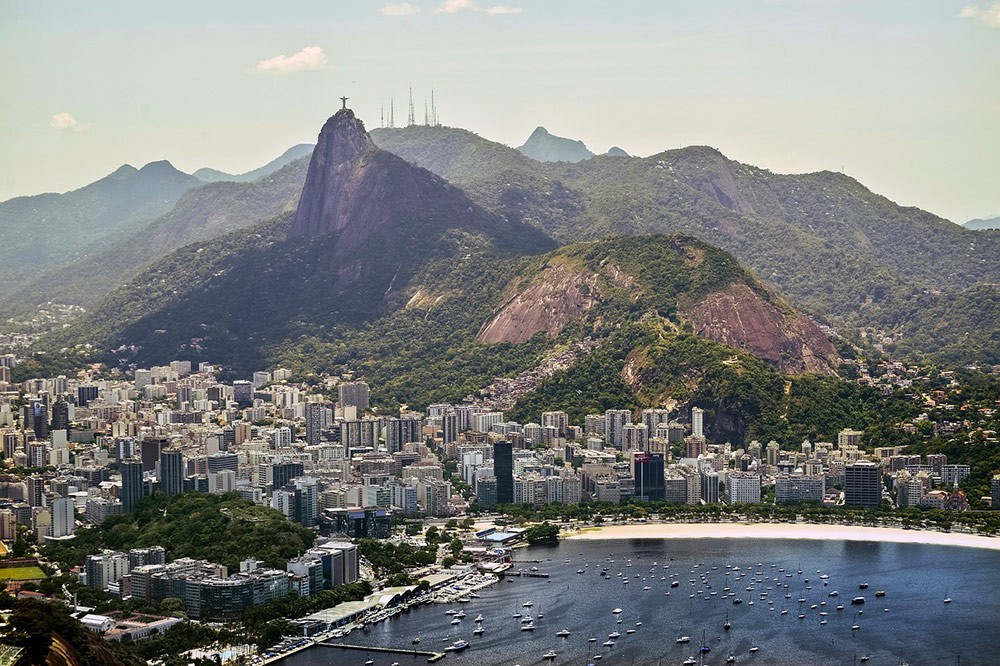 Rio de Janeiro, or simply Rio, is the second-largest city in Brazil, on the South Atlantic coast.

It is Brazil’s most well-known city but it is not the capital of Brazil, which is Brasilia.

Rio is famous for its breathtaking landscape, its laid back beach culture and its annual carnival.

The city is headquarters to Brazilian oil, mining, and telecommunications companies, including two of the country’s major corporations – Petrobras and Vale – and Latin America’s largest mass media conglomerate, Grupo Globo.

It is also the home of many universities and institutes, making it the second-largest center of research and development in Brazil.

Despite the high perception of crime, the city actually has a lower incidence of crime than most state capitals in Brazil.

Rio de Janeiro is one of the most visited cities in the Southern Hemisphere.

In addition to the beaches, some of the most famous landmarks include the giant statue of Christ the Redeemer, named one of the New Seven Wonders of the World; Sugarloaf Mountain with its cable car; the Sambadrome, a permanent grandstand-lined parade avenue which is used during Carnival; and Maracanã Stadium, one of the world’s largest football stadiums.

Like this article about expat life in Rio de Janeiro? Pin it! 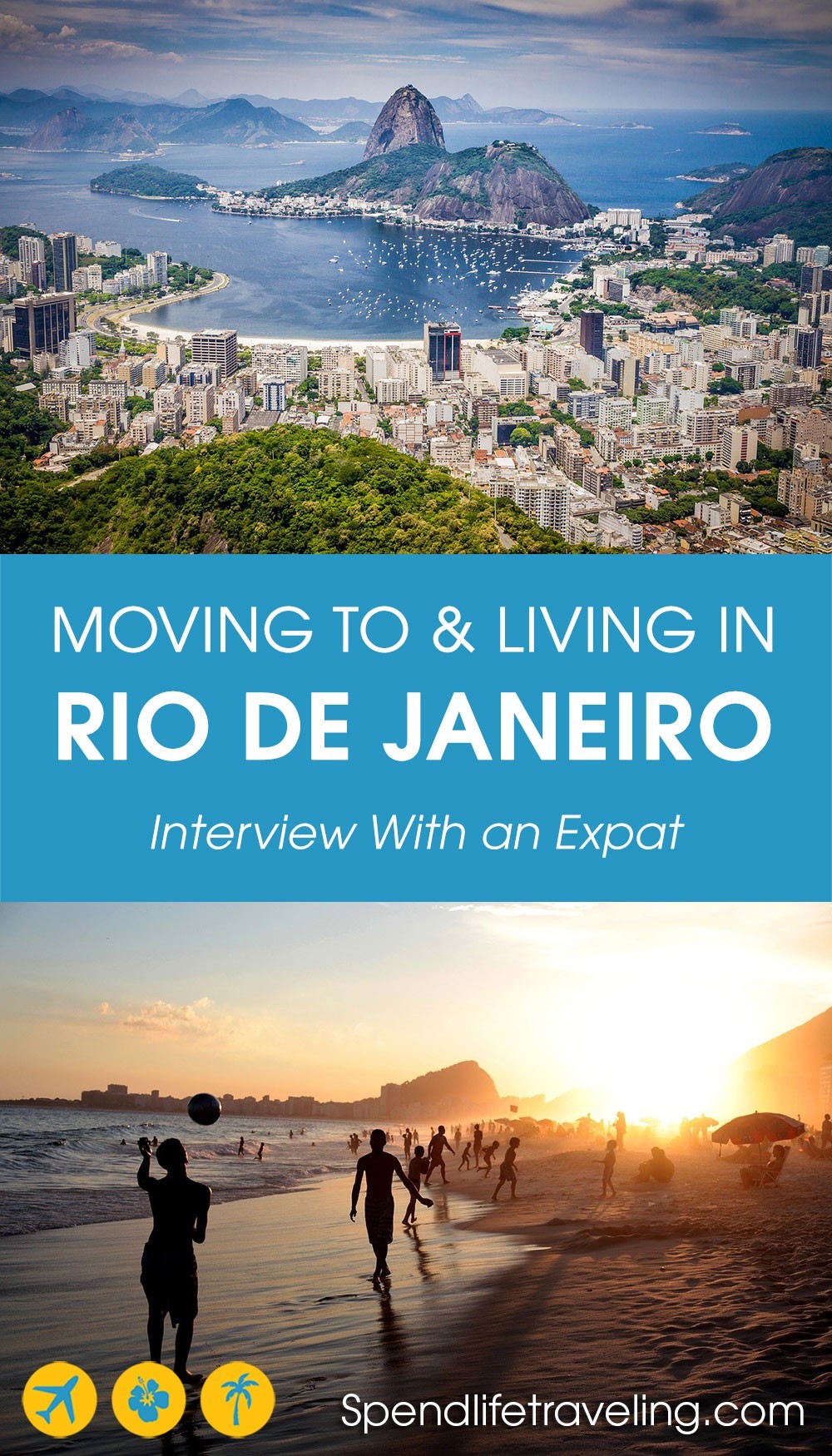