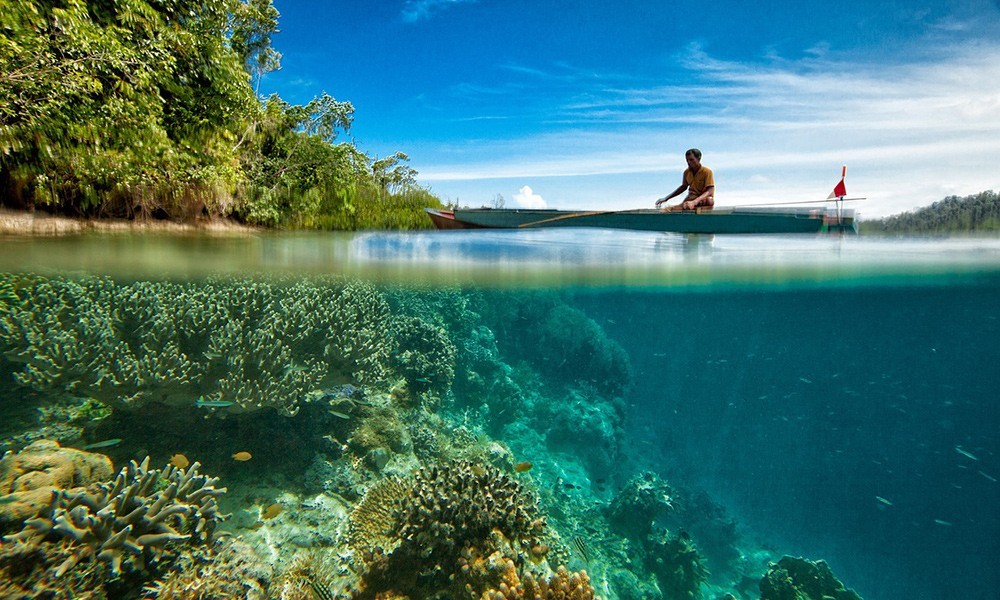 If you are looking for interesting, shocking and funny facts about Indonesia, keep on reading!

Recently I spent four weeks traveling through Indonesia. Unfortunately, I ended up in an Indonesian hospital after getting Dengue fever in Bali and didn’t get to see half as much of this large and diverse country as I hoped.

But, I learnt a lot about Indonesia and wanted to share some interesting, useful and sometimes surprising facts about this unique archipelago. 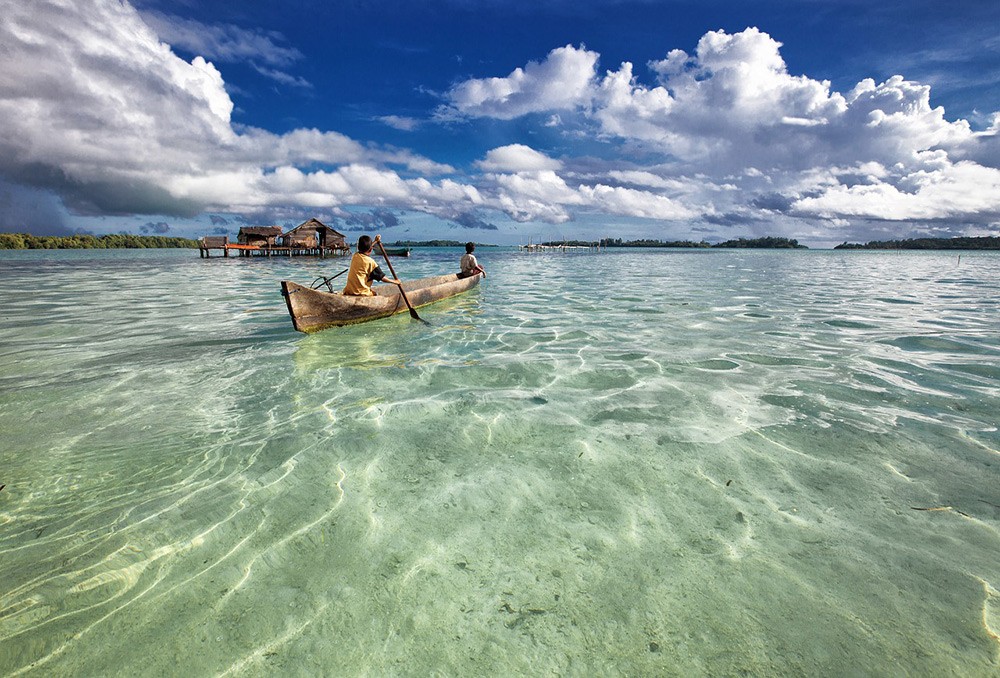 Indonesia is the largest country in the world comprised solely of islands.

Yes, Indonesia is huge! With around 18,000 islands (nobody knows the exact number) covering approximately 1,919,440 square kilometers, it takes over 12 hours to fly from one end of the country to the other.

Of all of Indonesia’s islands, only around 6,000 are inhabited.

Also Read: 10 Things Not to Miss in Indonesia – Tips From an Insider

Indonesia has a population of over 270 million people. This makes it the fourth most populous country in the world (after China, India and the USA).

The island of Java, home to about 60% of the country’s population, is the most populous island in the world.

Almost half of Indonesia’s population lives on less than $2 USD a day.

The country’s economy centers around agriculture and oil, with approximately 90% of the population involved in agriculture. 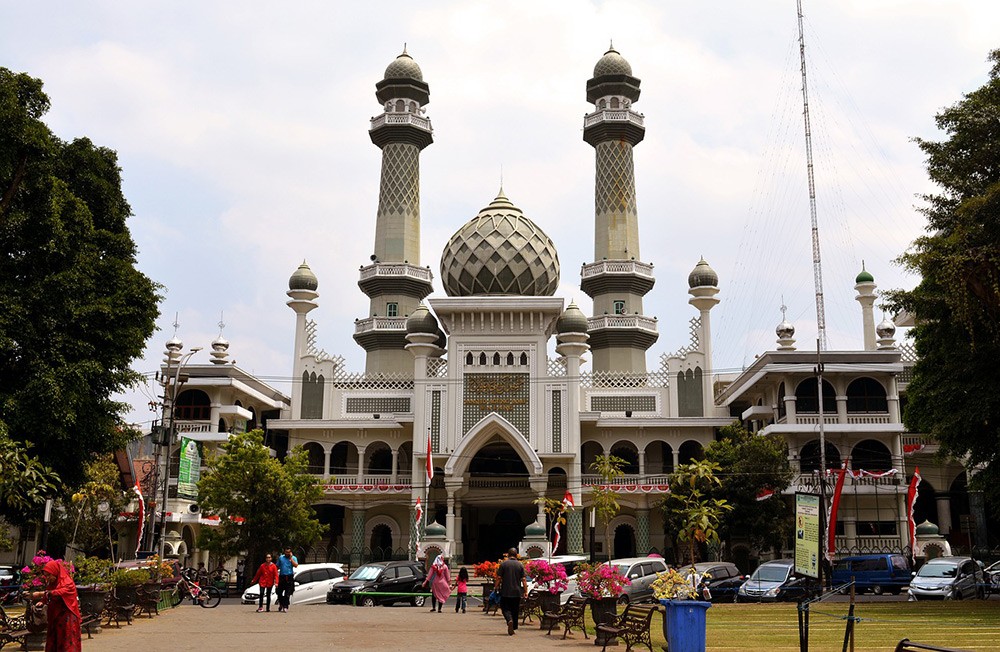 These I found some of the more interesting facts about Indonesia…

Every citizen must officially subscribe to one of these religions, regardless of what he or she may actually believe. Two individuals with different religions are not allowed to marry, unless one of them converts.

Indonesia is home to approximately 12.7% of the world’s Muslim population. That makes it the world’s largest Muslim country, with over 87% of the country’s population identifying themselves as Muslim.

And at the last national census, only 6% of the population was aged over 65 years.

Indonesia is home to thousands of different flora and fauna, making it the country with the second-highest level of biodiversity in the world (number one is Brazil), and a popular ecotourism destination.

Some of the flora and fauna are truly rare, such as the Sumatran tiger, the Javan rhinoceros, and the Rafflesia – the world’s largest flower, which weighs up to 7 kg (15 pounds). Its petals grow to 0.5 meters (1.6 feet) long and 2.5 cm (1 inch) thick.

Some animals, like the Komodo dragon, are endemic only to Indonesia. The Komodo dragon is the largest lizard in the world, growing up to 3 meters (9.8 feet) in length.

Now this I’m sure is a fact about Indonesia you didn’t know: Indonesia is the world’s leading exporter of frog legs!

During the last decade, Europe alone imported 4,600 tons annually, with France, Belgium, and The Netherlands being the main importers. 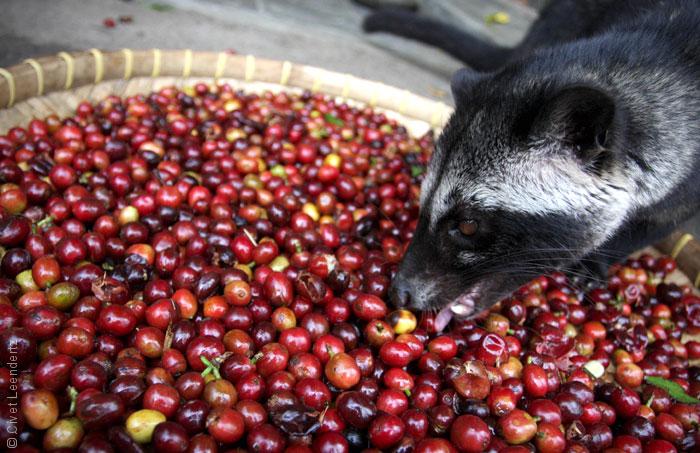 Indonesia exports the world’s most expensive and without a doubt most unique coffee: Kopi Luwak.

Kopi Luwak is coffee made from coffee beans eaten and defecated by an Indonesian cat-like animal called the palm civet.

Allegedly the action of the civet’s stomach enzymes gives the coffee an unrivaled richness of flavor without any of the usual bitterness. As a result, Kopi luwak is the world’s most expensive beverage, costing around $1,000 per pound.

Note: Because it’s one of the weird facts about Indonesia I wanted to list it here. I am however NOT suggesting you should buy this coffee. This article in The Guardian explains well why you shouldn’t and this is one quote I’d like to share here:

“The naturally shy and solitary nocturnal creatures suffer greatly from the stress of being caged in proximity to other luwaks. And the unnatural emphasis on coffee cherries in their diet causes other health problems too; they fight among themselves, gnaw off their own legs, start passing blood in their scats, and frequently die.” 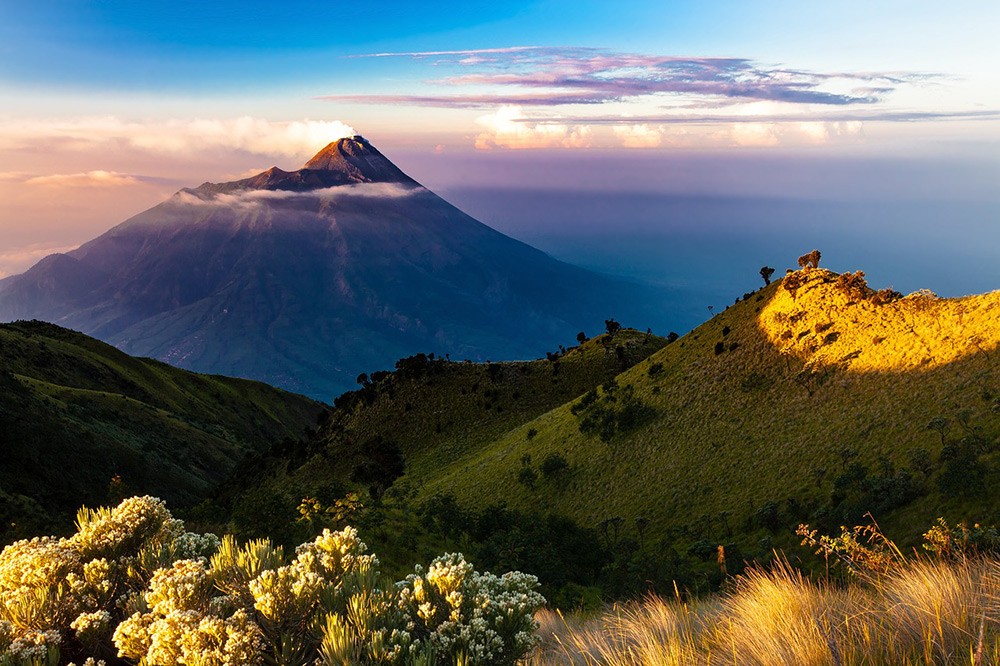 Indonesia is home to some 400 volcanoes.

They make great tourist attractions but the country does experience around one volcanic eruption per year and a total of 127 volcanoes are active, which is about a third of all the world’s active volcanoes.

Lake Toba is the largest volcanic lake in the world. The lake’s supervolcanic eruption 70,000 years ago was the largest known explosive eruption on Earth in the last 25 million years. According to the Toba catastrophe theory, it killed most humans living at that time.

Headhunting; the practice of taking and preserving a person’s head after killing the person… Apparently it hasn’t died out completely yet!

The Indonesian side of Timor is said to be home to some of the last-remaining headhunting villages.

The Korowai, a Papuan tribe in the southeast of Irian Jaya, live in treehouses, some nearly 40 meters high, presumably as protection against a tribe of neighboring headhunters, the Citak.

Capital city Jakarta is known as a major global city but it still has no high-speed railway system.

Its population of over 10 million people relies on private cars and busses to traffic around the city – resulting in some of the worst traffic jams known to man. 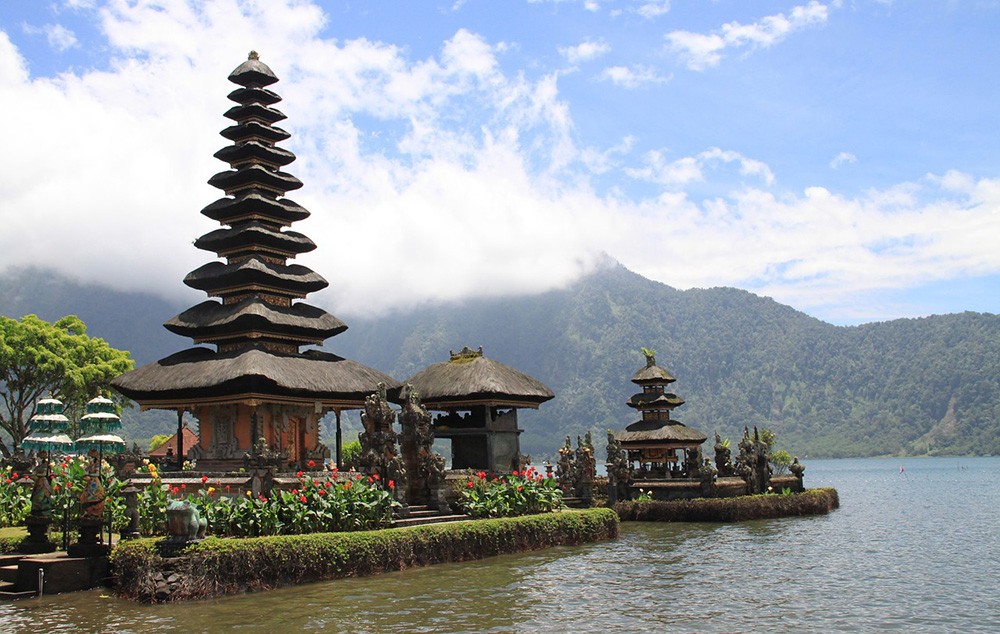 The small Indonesian Hindu population mostly lives on the island of Bali.

Balinese Hinduism is rich with ancient superstitions. One that endures to this day is not letting a baby’s feet touch the ground for the first six months. It’s done to prevent the devil from entering the child and as a result, infants are continuously passed from relative to relative.

Another fun fact about Bali is that a large number of people in Bali have had their teeth filed down. The practice is rooted in the belief that the six vices (anger, confusion, jealousy, drunkenness, desire, and greed) all enter the body through the top six teeth. By filing away the demonic ends, the vices are easily thwarted.

According to the 2004 Global Corruption Report, former Indonesian President Suharto, holding the office for 31 years until his resignation in 1998, was the most corrupt leader of all time, embezzling between 15 billion and 35 billion USD.

One of the more disappointing facts about Indonesia is that corruption is still widespread in the country.

In January 2012 it was reported that the country had lost as much as US$238.6 million to corruption the year before. A study conducted by Indonesia Corruption Watch said that embezzlement accounted for most of the money lost and that government investment was the sector most prone to graft. 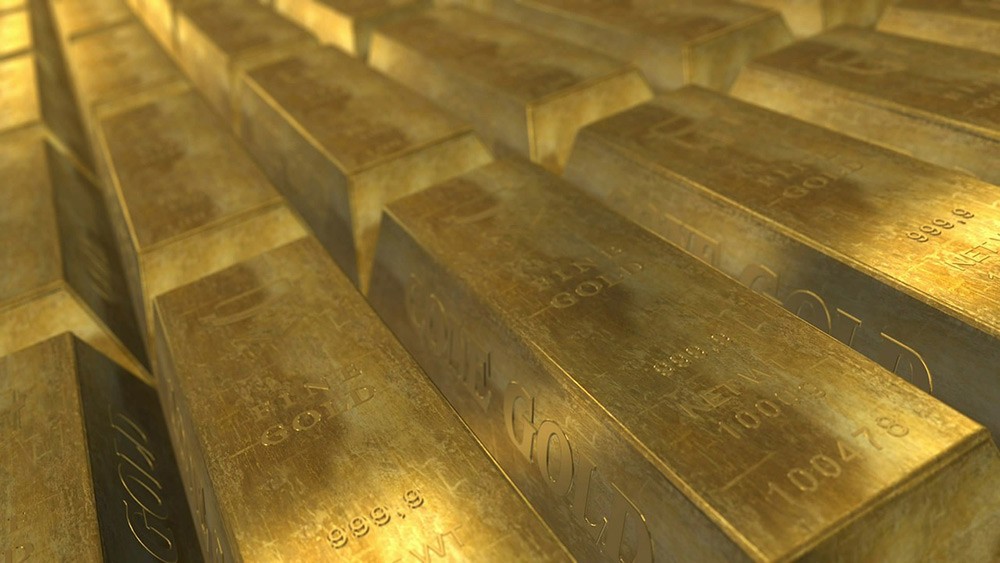 The Grasberg mine, located near Puncak Jaya, is the largest gold mine and the third largest copper mine in the world. 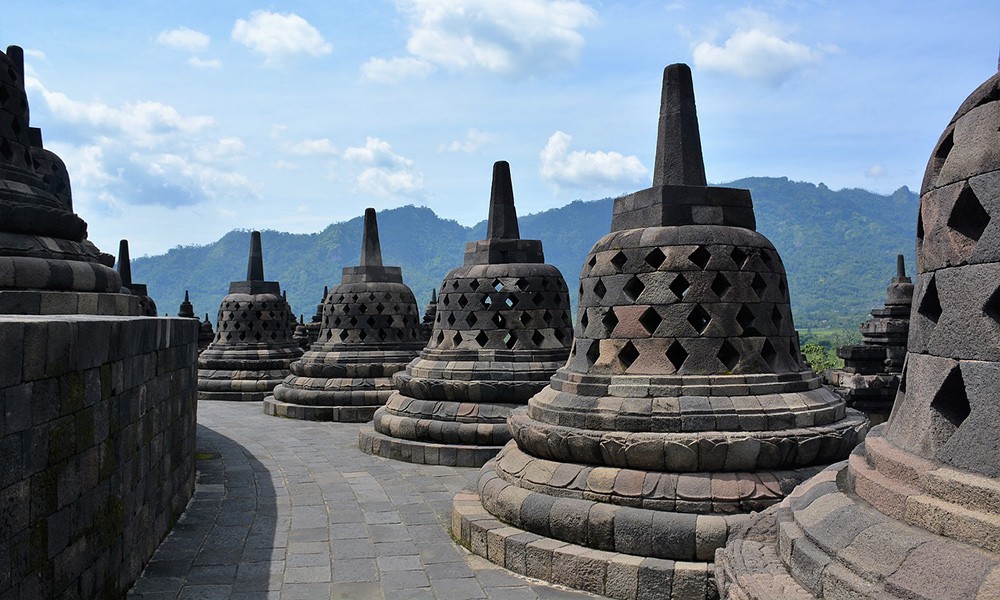 The Borobudur temple on the island of Java is the largest Buddhist monument in the world, decorated with 2,672 relief panels and 504 Buddha statues.

Some Final Quick Facts About Indonesia

Indonesia, officially the Republic of Indonesia is a country in Southeast Asia, between the Indian and Pacific oceans.

I hope you enjoyed these interesting facts about Indonesia!

Like this article with facts about Indonesia? Pin it! 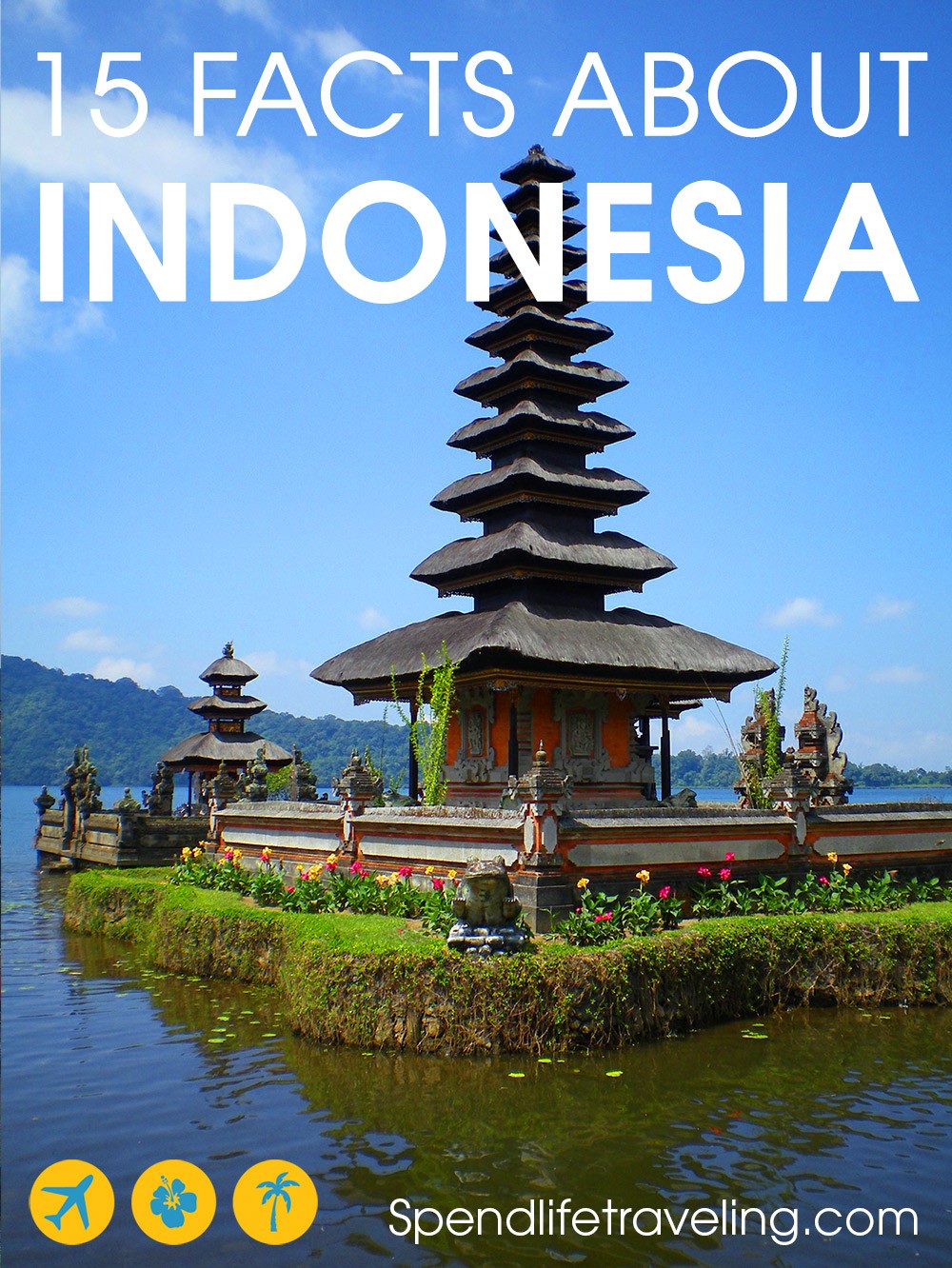 24 thoughts on “15 Facts About Indonesia – Some Interesting, Some Surprising & Some Funny”