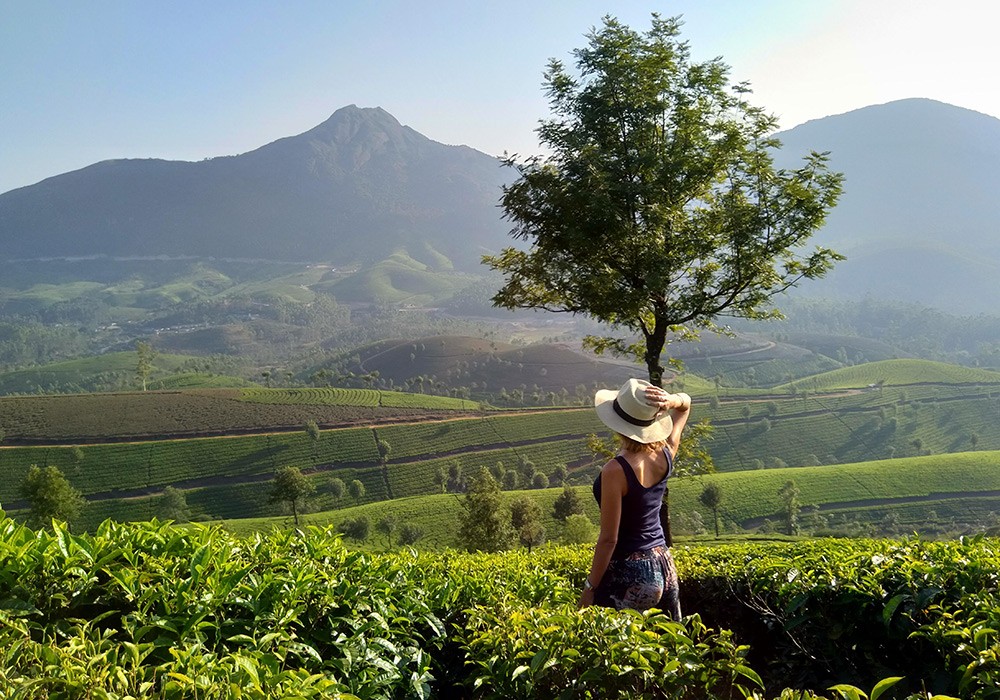 Why should you visit Kerala? The short answer is: Kerala is different. It’s not like the rest of India.

And that is exactly why I recommend visiting Kerala.

I lived, worked and did some volunteer work in India. This was in Pune, a city southeast of Mumbai. The experience of living in India left me a bit bitter. As most people who have traveled to India will agree: India is intense.

The poverty, the smells, the number of people, the traffic… Traveling around India, especially if you want to do it independently and on a budget, is far from a relaxing vacation.

When I left India I said I would never return. The poverty, how begging is an industry, the unfairness of the caste system, and how women are treated by some people… I just struggled with it all.

But that was 9 years ago.

And then I was invited by the Kerala tourism board to visit Kerala for a 17-day tour around the state… Initially, I said no. But I had heard a lot of good things about Kerala over the years. So maybe I should give India another chance?

I decided I should. And I couldn’t have been happier with that decision!

Video: Some of the Main Reasons to Visit Kerala

Special thanks to Alex & Jinson for creating most of the great footage used in this video, during our visit to Kerala 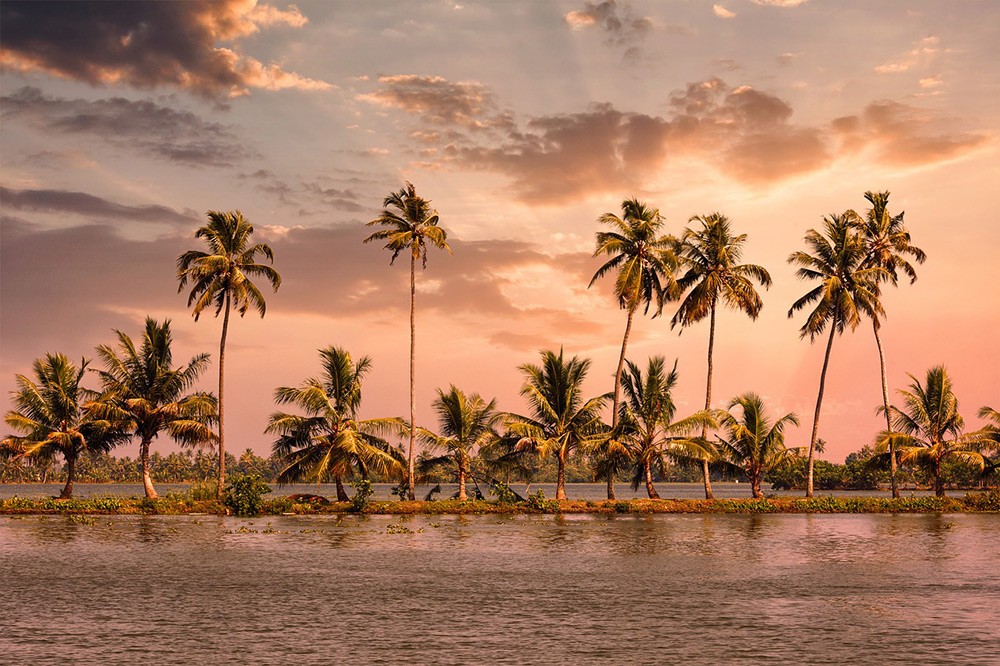 Well, I finally found out it doesn’t have to be!

Kerala in many ways reminded me of Sri Lanka. Its more relaxed pace of life and its stunning nature is quite similar to that of Sri Lanka.

And it wasn’t just me who made that connection. All of the people I traveled around Kerala with who had previously visited Sri Lanka said exactly the same.

Kerala is a more laid back part of India. Its cities are not as big and congested as in many other parts of India, smog is not omnipresent and its beautiful nature is everywhere.

Also Read: Places to Visit & Things to Do in Kerala

2. The People in Kerala are Friendly and Respectful 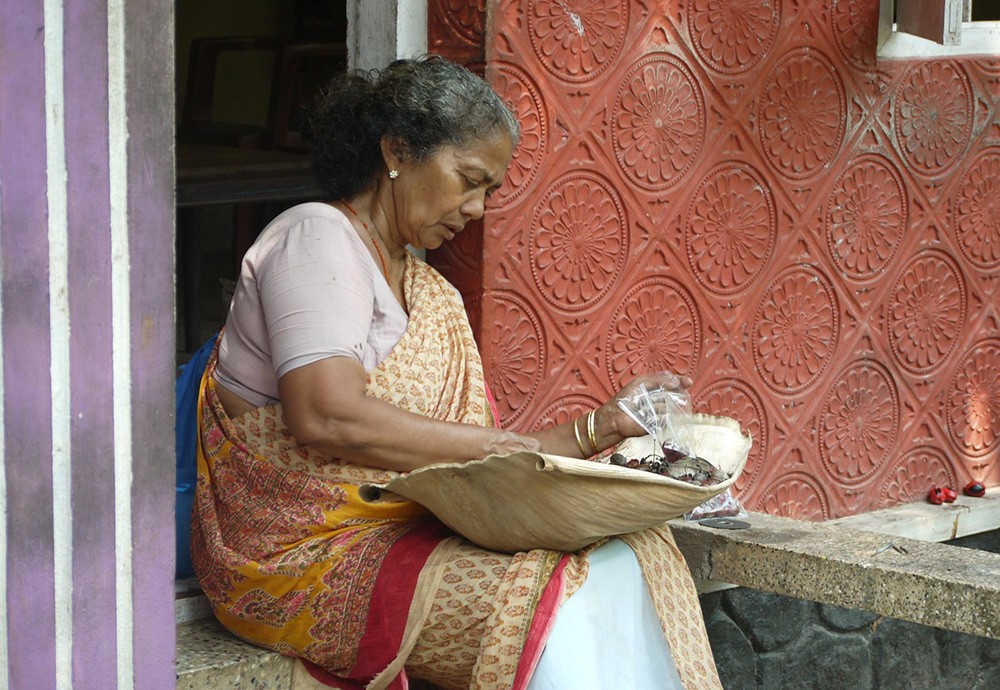 I was surprised about how well most people in Kerala speak English, how open they were to talk to me, as a woman, and how respectful they seemed, even when I was walking around alone.

That’s quite different from my previous experiences in other parts of India!

Kerala has an almost 100% literacy rate. I don’t know if that is why Kerala is different, why people are so friendly here and so open to international travelers, but it might be a contributing factor.

Kerala is not a rich state, which also means you don’t see as much of the income inequality as you see in other parts of India – although of course, it is still there.

Many Keralans spend part of their adult life outside of India to make money which might also be a reason they understand different cultures better and are more open to international visitors.

All in all, I was pleasantly surprised by the people I met in Kerala.

I’ve been able to have some great conversations about what life is like in Kerala and that to me is an important part of traveling and learning about different cultures. 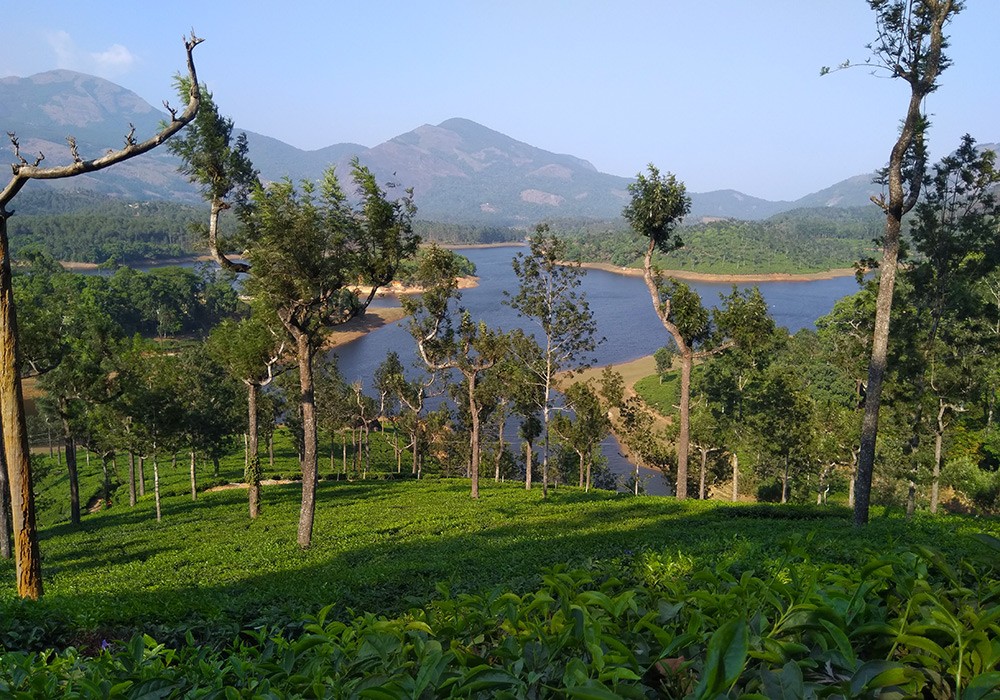 For me, the main reason to visit Kerala is its stunning nature.

From the state’s famous backwaters to its tea fields, waterfalls, and long coastline. From tropical beaches to cooler hill stations. From staying in a treehouse to camping surrounded by tea plantations.

Kerala is green, lush, filled with wildlife and a great destination for lovers of the outdoors.

4. Kerala is Not Overrun by Tourists 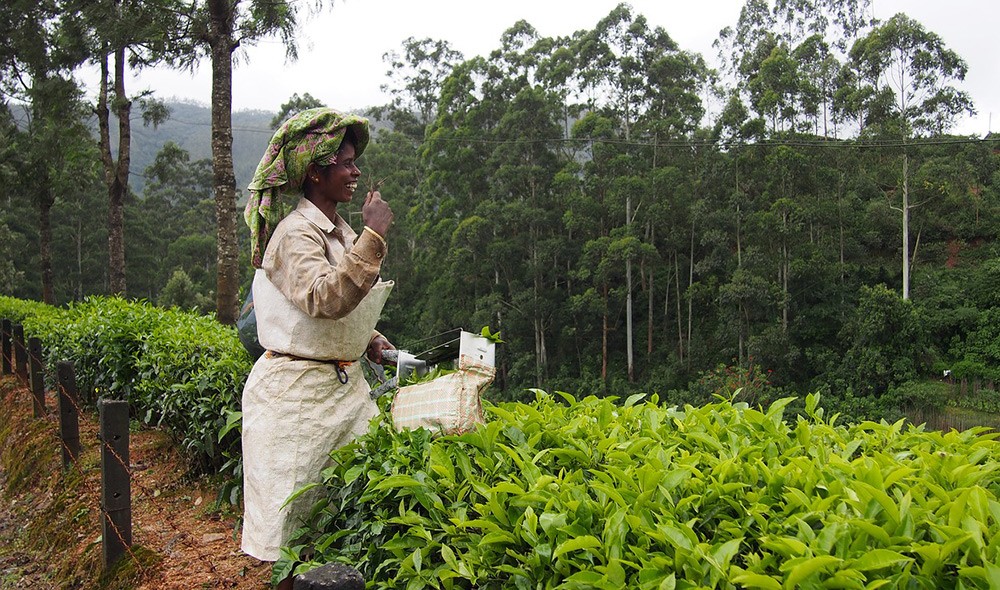 This goes for large parts of India, but it’s worth mentioning for Kerala too. During my 17 days in Kerala, I met a lot more Indian travelers than foreigners and I like that.

Unlike Sri Lanka, which is getting a bit too overrun by tourists (or that’s my opinion at least), Kerala still feels like a place where it’s easy to find hidden gems, quieter places and enough spots where you will be the only foreigner.

So, better visit Kerala soon, before it becomes too popular!

5. Kerala is Ayurveda and Relaxation 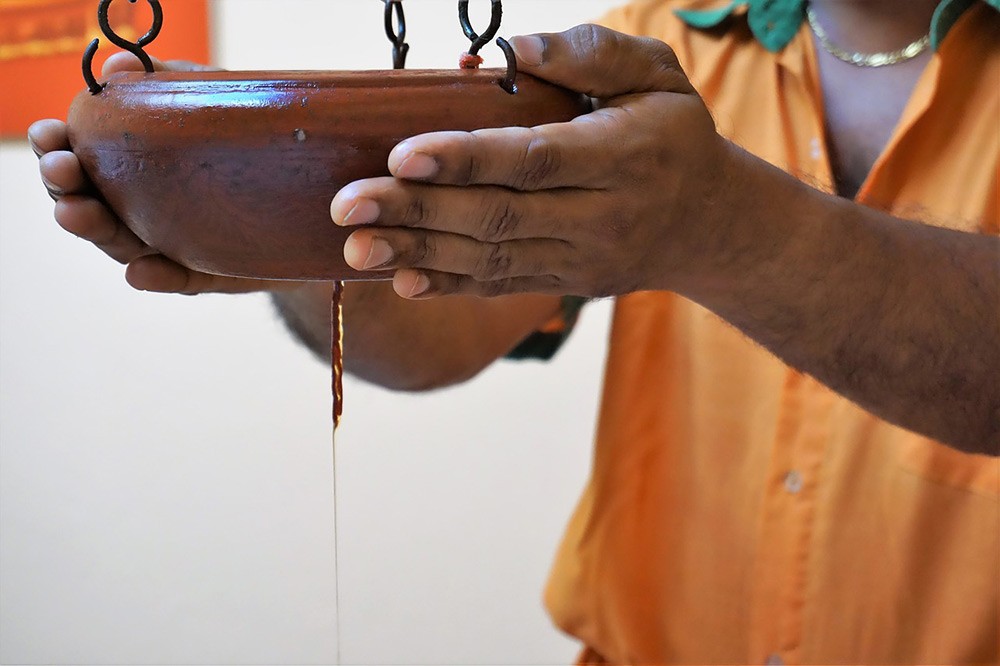 Ayurveda is often referred to as a sister science to yoga. It’s a 5000-year-old traditional science that was designed to bring the body back into balance in order to heal itself.

More than a mere system of treating illness, Ayurveda is a science of life (Ayur = life, Veda = science or knowledge).

Its main beliefs are that the mind and body are inextricably connected and that nothing has more power to heal and transform the body than the mind.

But, if you are visiting Kerala and are just looking for some relaxation, what Ayurveda will offer you is some incredible massages!

Many hotels in Kerala come with spas that offer Ayurvedic massages, there are numerous Ayurvedic centers and some great Ayurvedic resorts.

And even if Ayurveda is not your main reason for visiting Kerala, at least try an Ayurvedic massage once. After long days of traveling and outdoor activities, my body definitely appreciated the relaxing experience!

What Does Kerala Offer as a Tourism Destination? 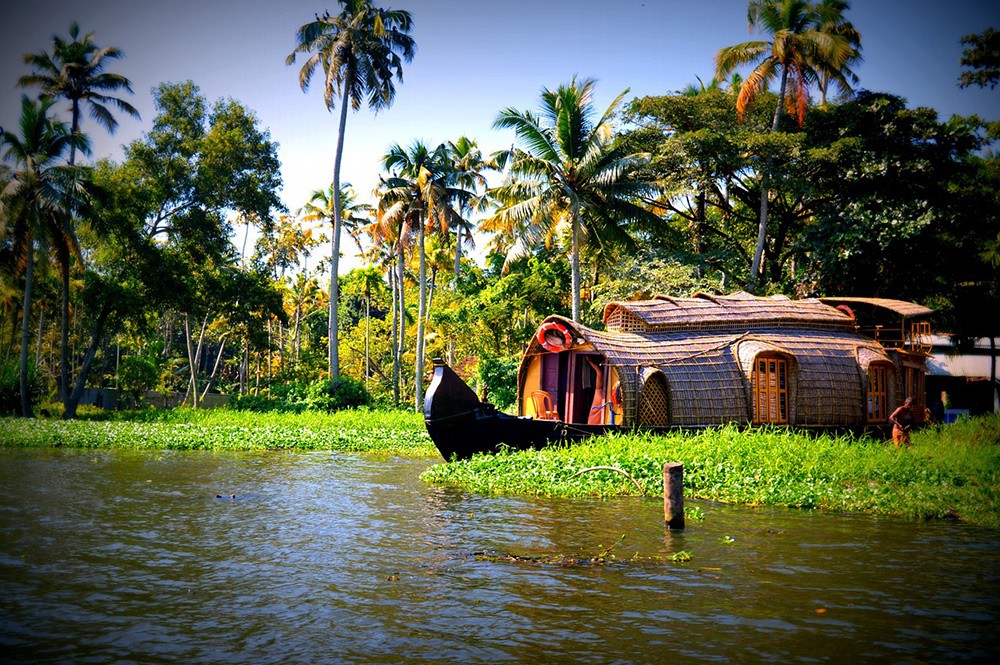 You visit Kerala because of its natural beauty first and foremost.

Kerala is probably best known for its backwaters; an extensive network of inland lakes and canals, stretching to over 900 kilometers (560 miles). If you google Kerala the houseboats on the backwaters is one of the first things to pop up.

The state boasts more than 25 wildlife sanctuaries and national parks. And if you want to learn a bit more about the traditional ways of life in rural Kerala there are several local villages you can visit.

Kerala is perfect for anyone who loves the outdoors. Hiking, water sports, camping, safaris, and bird watching, you can find it all in Kerala.

Add to that friendly people, good food, some great traditional dance & art performances and relaxing ayurvedic massages galore, and you have found yourself a truly worthwhile travel destination.

But, where many people come to India to see impressive temples and historic sites, that is not Kerala.

Although Kerala does have a rich history and you can find some nice forts, temples, and caves here, you probably wouldn’t choose Kerala if that is your main focus.

Kerala is said to be India’s cleanest and most peaceful state. Now let’s be honest here… that doesn’t mean Kerala is perfect.

The state definitely does struggle with plastic pollution, I have seen heavily polluted rivers which locals rely on as their main water supply, and crop burning is still common practice (read here why crop burning is a bad thing).

That being said, I loved visiting Kerala and can recommend it to anyone who loves the outdoors or is looking to visit a less intense version of India. If you have never visited India before, Kerala might be a good place to start!

Although I spent 17 days in Kerala, I find it hard to say if traveling in Kerala is safe.

There is safety in numbers, anywhere you go. And in Kerala that’s the same. I traveled with 25 other people and felt incredibly safe. But with a group that size, and several locals to guide us around, I would feel safe almost anywhere in the world.

The few times I ventures off alone I did still feel safe though and found the people still equally friendly and respectful. And that is very different from some of my experiences walking around alone in Mumbai or Pune!

Because we traveled around by bus for almost the entire trip I cannot say much about how safe public transport is in Kerala either.

The one train we took was definitely cleaner and less hectic than the many trains I have taken around Mumbai, and all of the rickshaws I have taken had very friendly drivers who at least spoke some English.

But I wouldn’t be comfortable recommending to travel alone in Kerala, especially as a woman. Not because it’s not safe, just because I don’t know if it is. Do check out some of these tips for women traveling in India.

Every hotel will happily help you to book a car with a driver. And although this may be less “authentic”, it’s a good and more convenient way to travel around Kerala. I know I would have never recommended this in my 20s but now that I am getting a bit older I am realizing the benefits of more comfort while traveling. 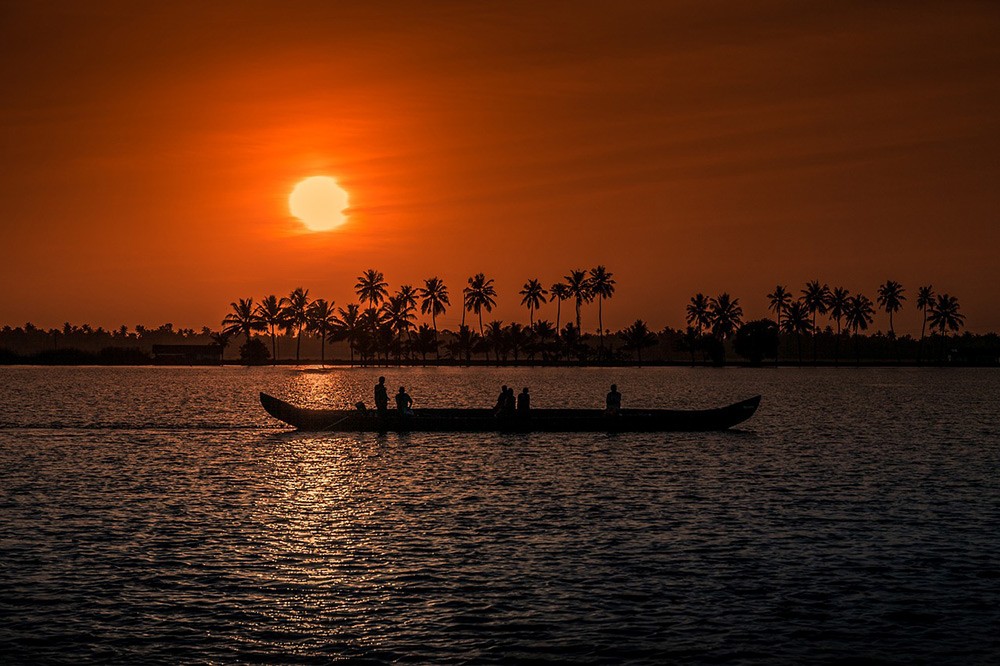 Generally speaking, the best time of year to visit Kerala is from October to April. The weather during this time of year is milder and it rains less.

But, this is also peak season, attracting the highest number of domestic and international travelers. December until February are generally the busiest months.

Some say you should avoid visiting Kerala during monsoon season, from June until August, because flooding may make certain parts inaccessible and it rains almost daily. Others say monsoon season is great because there are fewer tourists, the landscape becomes especially green and the waterfalls extra impressive.

Monsoon season is also said to be an ideal time for Ayurvedic treatments in Kerala. It is believed that Ayurveda therapies work best in the rainy season because the pores of the skin open during this season.

The best time for viewing elephants is during the hotter months of March and April, when they spend the most time in the water.

I really enjoyed visiting Kerala and I hope this article helped explain what Kerala is like and why I think Kerala is worth visiting, even if you have your doubts about India.

If you like Kerala you will also enjoy Sri Lanka. Therefore also check out: 30 Days in Sri Lanka – Places to Visit & Places NOT to Visit

Highly Recommended: if you want to learn more about life in India, I can highly recommend two documentaries on Netflix: Daughters of Destiny and Period. End of Sentence.

Both documentaries give some interesting insights into the lives of some of the poorer people in India, some of the social issues the country still faces and life in rural India.

I want to thank the Kerala tourism board for inviting me to visit Kerala. Not only was it an incredible trip, they also changed my opinion of India. Kerala really is beautiful and I can definitely recommend visiting Kerala, even if you think India is not for you.

Like this article about why to visit Kerala? Pin it! 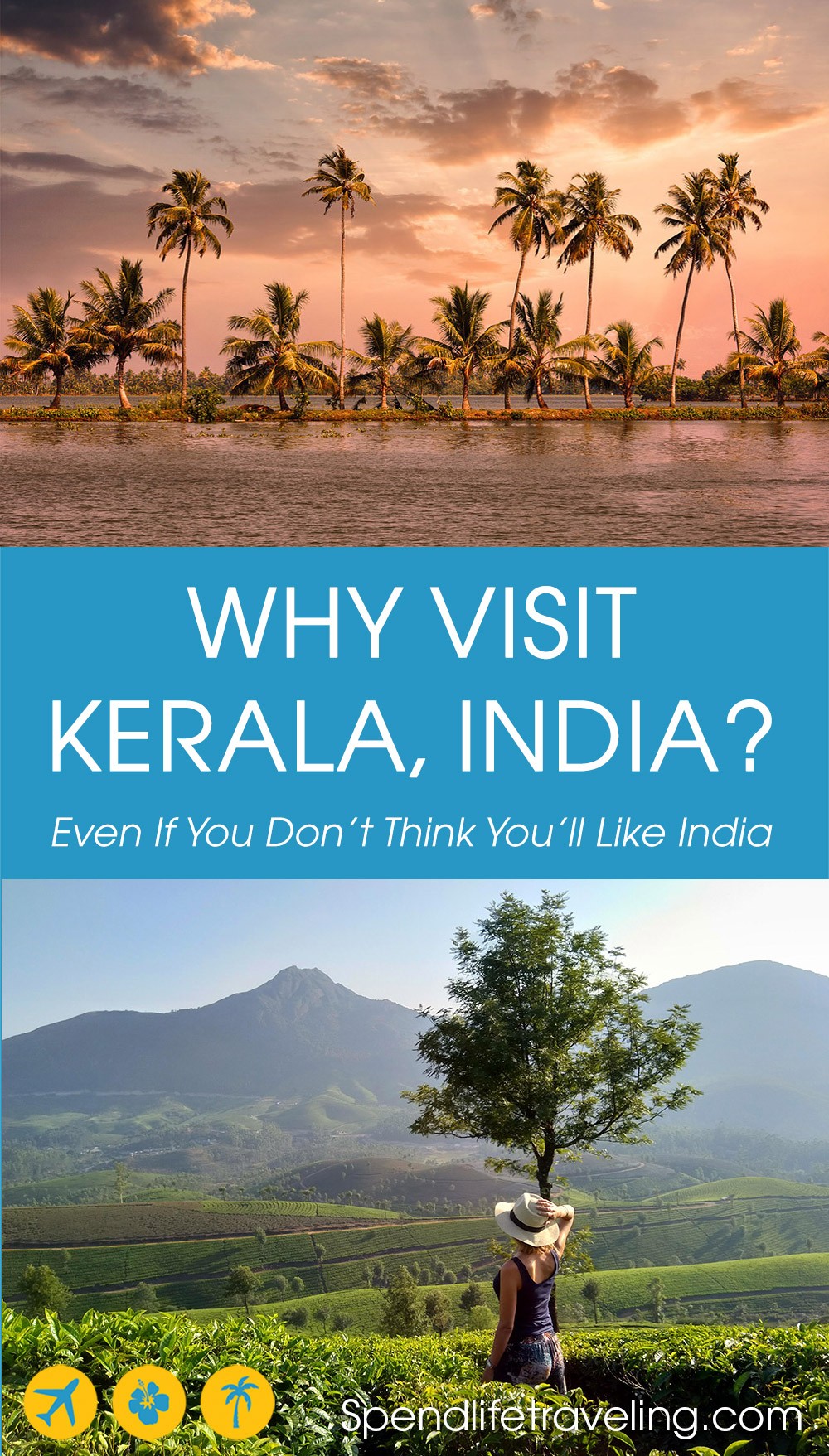 1 thought on “Why Visit Kerala? Even If You Don’t Think You’ll Like India, This is Why Kerala is Worth Visiting!”