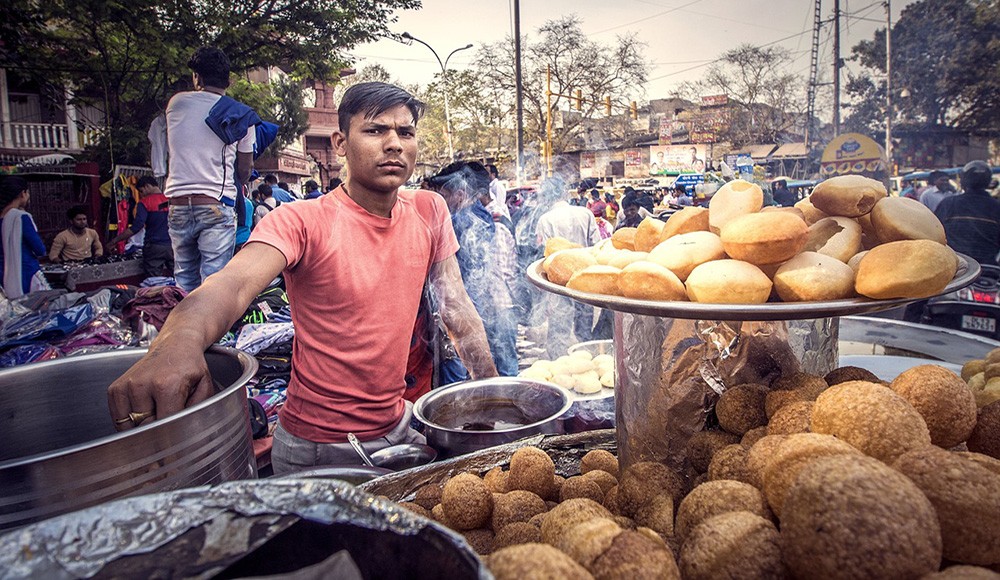 What to do in Delhi beyond what’s listed in mainstream travel guides?

Delhi, India’s capital, has many touristy sights. From crowded markets to the must-visit forts and temples.

After living in Delhi for more than 20 years, I feel I will be able to give you an insider’s guide to Delhi. A side of Delhi that isn’t explored in every travel guide.

From exploring Old Delhi’s Mehrauli to colorful bazaars and Emporiums (where you can shop without getting ripped off!) Here are some of the places you must explore.

What to See and Do in Delhi: 4 Insider Tips 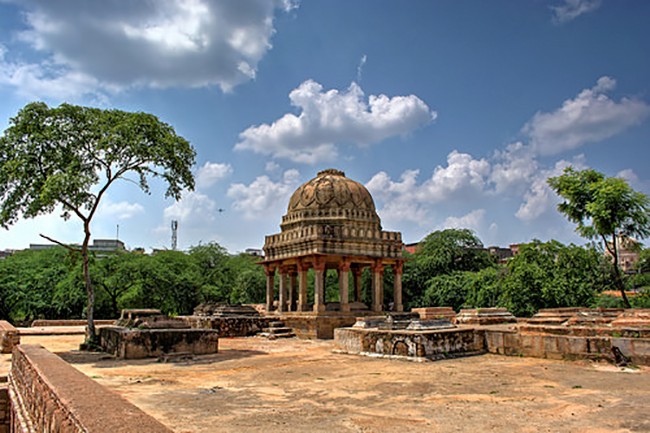 Delhi is so vast that even when you travel from one part of the city to another you will see major changes in landscape and large cultural variation.

Mehrauli  is a neighborhood in the southwest district of Delhi. It’s part of the old part of Delhi and it’s where the famous Qutb Minar can be found. Qutb Minar is a minaret that forms a part of the Qutab complex, a UNESCO World Heritage Site, and a definite must-visit in Delhi.

Mehrauli is one of the seven ancient cities that make up the present state of Delhi.

Though Mehrauli is like any ordinary neighborhood today, its past is what distinguishes it in terms of architecture. Mehrauli was the capital city for a long time and later was an important part of Delhi during the slave dynasty.

Qutub Minar is a major attraction here, but there are also many ruins well worth exploring. You should definitely visit the Mehrauli Archaeological Park, which is home to over 100 historically significant monuments, including the Tomb of Balban, the Jamali Kamali Mosque, and the Jamali Kamboh mosque and tomb. This area also offers a great view of Qutb Minar.

Another site worth exploring here is the Quwwat-ul-Islam mosque in the Qutub Minar complex, which is best known for its tower of victory.

Don’t forget to visit the elusive tomb of Adam khan or “Bhool Bhulaiya” (which literally means “to get lost”) monument. It is located right behind Qutub Minar and popular with both national and international travelers. This octagonal-shaped monument is around 5 meters high, with a maze where you supposedly can actually get lost.  However, the maze part of the monument is not open to the public. It’s rumored to be haunted! 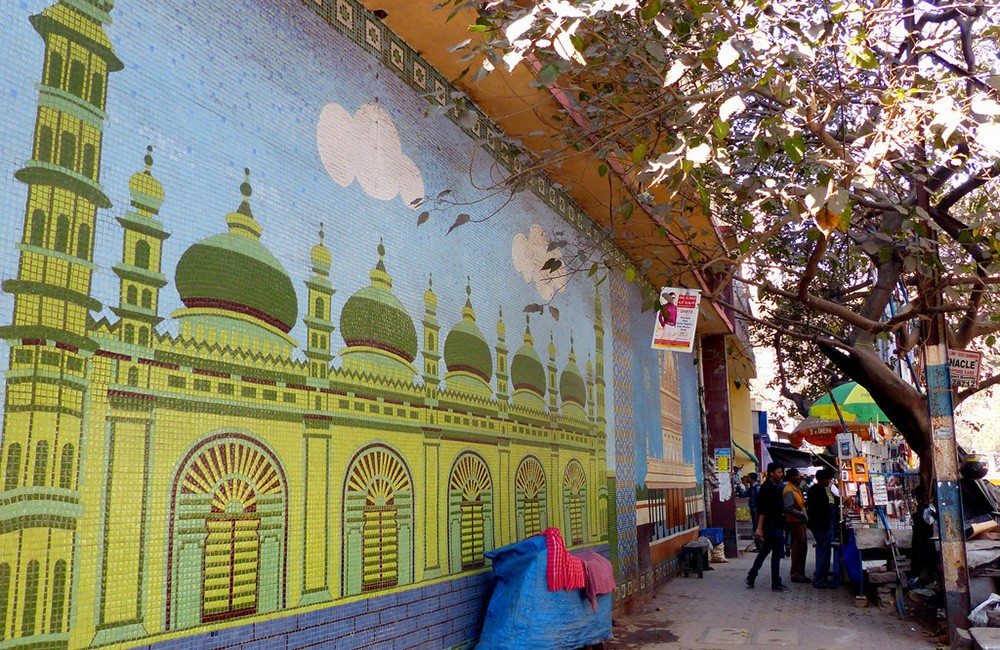 In the heart of Old Delhi, Chandni Chowk (Moonlight Square) is a busy shopping area with markets full of spices, dried fruit, silver jewelry, and vivid saris, while the narrow side streets are crowded with tiny shops selling essential oils, stationery, and traditional Indian sweets.

The Chandni Chowk is one of the oldest and busiest markets in Old Delhi.

And yes, Chandni Chowk is listed in many travel guides. However, this market is so huge that only a few famous parts of the market are normally talked about. Especially the “Paranthe Wale Gali”, which is frequently visited by many, you will find in standard travel guides.

Apart from that though, there are several other parts worth exploring such as “Kinari Bazaar”, where the kings and queens used to buy fabrics for weddings. And there are great parts to explore  that sell spices. However, one has to be careful when going here, as the lanes are so narrow; you might get lost.

While in this area you should also visit the nearby Masjid-i Jahān-Numā (World-reflecting Mosque), commonly known as the Jama Masjid of Delhi. It is one of the largest mosque in India. The courtyard can hold 25,000 people!

The mosque is beautifully designed in sandstone and marble, and it is possible to climb the minaret which gives you an incredible view of Delhi.

If you want to buy really cheap clothes and fashionable ones too, Karol Bagh and Janpath market are some of the most popular markets among locals.

Go to Karol Bagh for Indian wedding wear. From colorful lehengas (traditional Indian skirt and blouse) to sarees, you will find anything and everything here!

The Janpath market stretches around 1.5km from the Outer Circle of Connaught Place to Windsor Place.

Janpath market is one of the most famous markets for tourists (both Indian and foreign) in New Delhi.

The market essentially is a long line of boutique stores selling beautiful Indian style earrings, cheap Western wear, traditional Rajasthani Kurti and much more. It is most popular for the exquisite Pashmina Shawl from Kashmir.

The Indian Tourist Office is located on 88 Janpath (on the corner of Janpath and Connaught Lane), where you can get useful maps.

A few blocks away, on Sansad Marg, you can find the Jantar Mantar, an astrological instrument of immense proportions, built in 1724, which is well worth a visit. 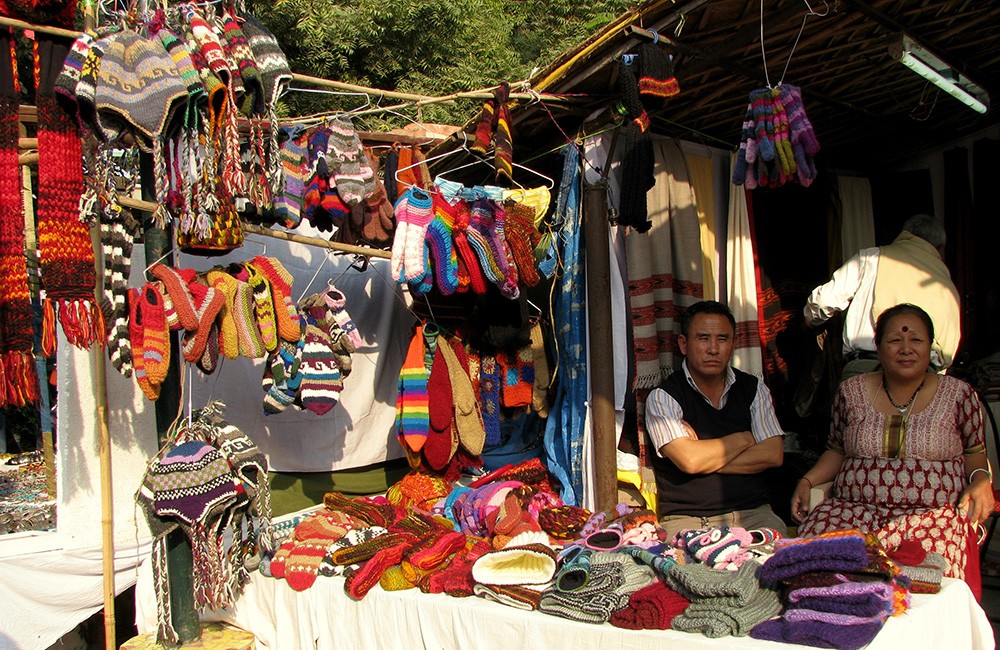 One of the most popular places to immerse yourself in the Indian culture and to explore India’s cuisine is Dilli Haat.

Dilli Haat is an open-air food plaza and craft bazaar. It is located in South Delhi, opposite INA market.

The 6 acres of land on which this complex is situated was salvaged as part of a reclamation project and transformed into a plaza. Extensive foundation work, small thatched-roof cottages, and kiosks give the plaza a village atmosphere.

Some shops are permanent but other sellers are rotated. At Dilli Haat you will find textiles, shoes, rosewood and sandalwood carvings, gems, beads, brassware, metal crafts and more from all over India. A number of shows promoting handicrafts and handlooms are held at the exhibition hall in the complex.

And once you get tired of shopping, check out the food from all the different Indian regions. The food is hygienic, cheap and delicious!

Also Read: Easy Street Food Recipes From Around the World

Dilli Haat INA is an incredible food and craft bazaar showing off the rich culture of India. It is open daily from 11AM until 9PM.

Unlike most other markets Dilli Haat charges an entrance fee. The entrance fee for Indian nationals is Rs.20 for adults and Rs.10 for children. Foreigners pay Rs.100.

That’s it, these are some of Delhi’s must-sees. Enjoy exploring this beautiful city we call home! 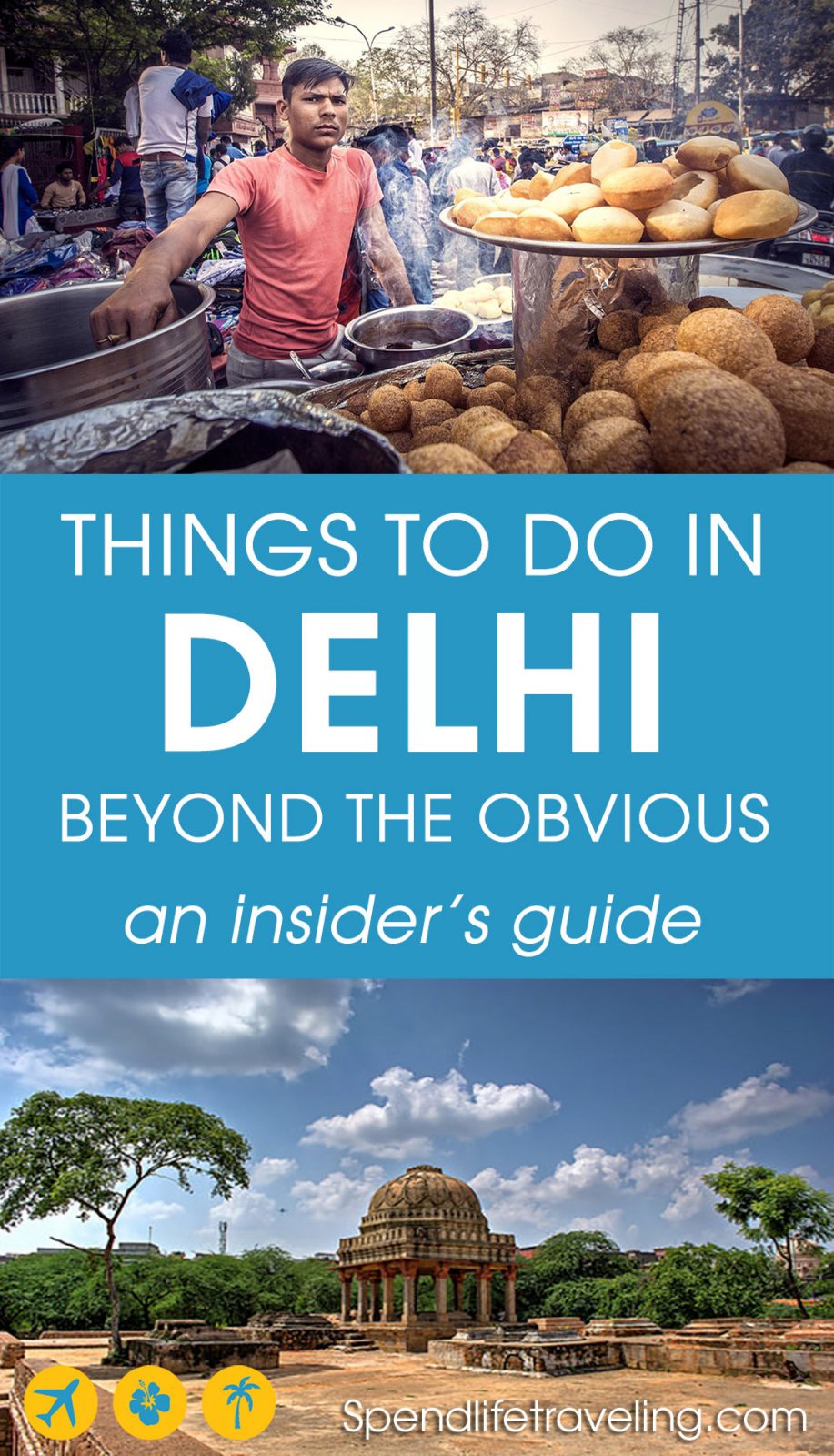