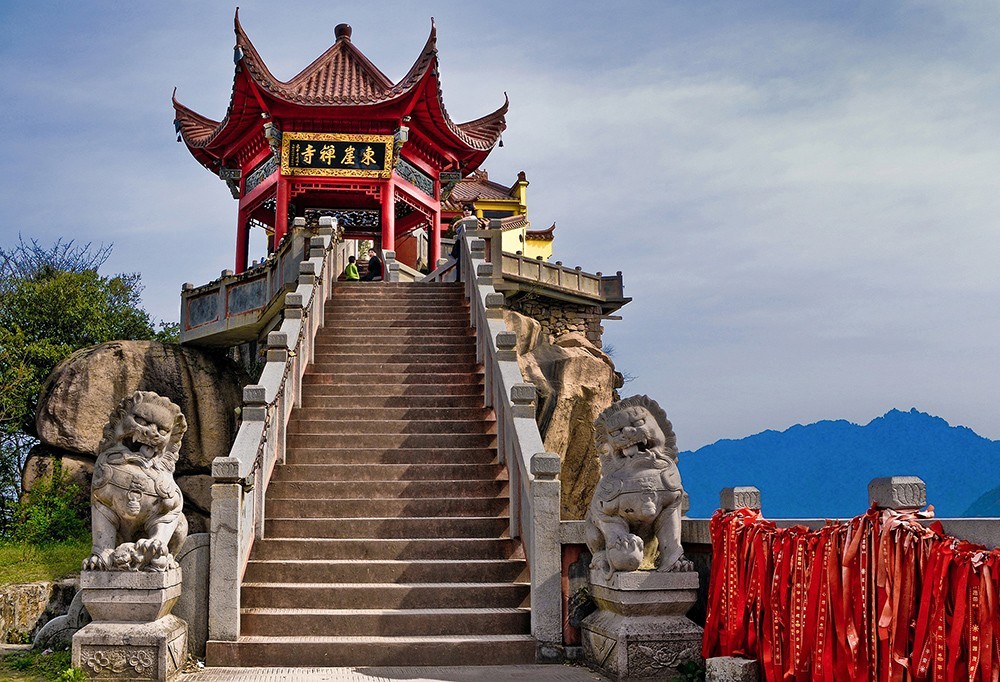 Have you ever wondered what living in China is like?

That’s why I loved doing this interview to find out more about what it’s really like to move to and live in China.

In this Ask an Expat series I interview people living all over the world but outside of their home country. I try to help paint an honest picture of the ups and downs of life abroad, share tips for other (future) expats and information about what to see and do in the city, town or country the expat now calls home.

Why Did You Move to China?

“Moving to China was an unexpected surprise for me. After living and teaching English in South Korea for 2 years, I moved back to the USA trying to figure out what I wanted to do next with my life.

Fortunately, the travel bug bit me and I was longing to travel and explore the world again.

I was ready to go back out to the world, and luckily, a professor of mine introduced me to a teaching position in China. Next thing you know, I packed my bags, flew to China, and after a year decided to sign another contract to stay for another year.”

“I love the people, the food, and the culture.

China is such a big country that every city has something unique to offer. Whether it’s their own signature dish, their own dialect, their own diverse demographic, or their own history, there’s something special in every part of China.

I’ve been traveling around the country for 2 years and I still don’t feel like I’ve experienced enough.”

What Do You Dislike About Living in China?

“In any new country you move to, you will always experience some level of culture shock. It’s normal; so if it happens to you, don’t worry. It happens to all of us.

For example, when you’re waiting in line, expect other people to get really close and personal.”

What Is Your Favorite Thing to Do in Zhengzhou?

“Because of my job, teaching English to college students, I live in a college town with thousands of college students. When I stay in my city for the weekend, I love hanging out with my students because they are always introducing me to something new about their culture or something in the area.”

“In almost any city you visit in China there is an expat community.

In Zhengzhou, we have a very diverse expat community of people from the US, Europe, India, and so on. It’s great because having an expat community means I can converse in my first language, eat food I miss from home, and find community to support and be supported while living in a foreign country.”

Any Tips for Moving to and Living in China?

“Don’t pack too much when you move to China. You can buy almost ANYTHING on a website called Taobao. It’s like the Amazon of China, but with a wider variety of items.”

Any Resources You Found Useful During the Process of Moving to And/Or Building a New Life in China?

“When moving to a foreign country, it’s important to find a good community. I met a lot of great friends using apps on my phone. I guess you can say it’s the new way of meeting people.

Some of my favorites are Couchsurfing, Meetup, and different groups on Facebook. There are countless hangouts and events happening in different cities in China. And that makes building a life in China a lot easier!”

Is There Something You Just Have to See or Do When You Are in China?

“Even though I’ve been living in China for 2 years now, I still feel like I haven’t seen everything I want to.

China is such a beautiful country with so many different cultures within the country. If you visit China, make sure you visit Xi’an (map) and Guilin (map). These are two of my favorite cities in China.” 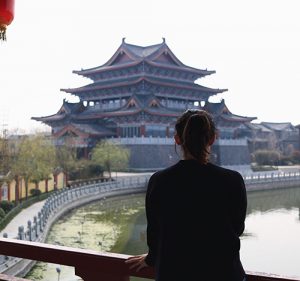 Rebecca, also known as Reb, has traveled to over 25 countries and lived in 4.

Currently, she is teaching English in China to college students and travels at every opportunity she gets.

Whether it’s sleeping on the Great Wall of China or climbing the most dangerous mountain in Huashan, you can always find an adventure with her.

Zhengzhou is the capital of Henan Province in east-central China. The city lies on the southern bank of the Yellow River, and is one of the Eight Great Ancient Capitals of China.

Sometimes it is called the Green City, for the number of trees it has, or rather had.

The city has a population of 9.4 million inhabitants and is growing rapidly. Greater Zhengzhou was named as one of the 13 emerging megacities or megalopolises in China.

To travelers, Zhengzhou is a convenient start point to explore a series of Chinese cultural sites such as Kaifeng, Luoyang and Shaolin temple.

Are You Thinking About Teaching English Abroad?

offers online TEFL (Teaching English as a Foreign Language) courses and paid internships. Plus they help you find a job teaching English not just in China but also in the rest of Asia, Europe, the Middle East and more.

Like this article about expat life in Zhengzhou, China? Pin it! 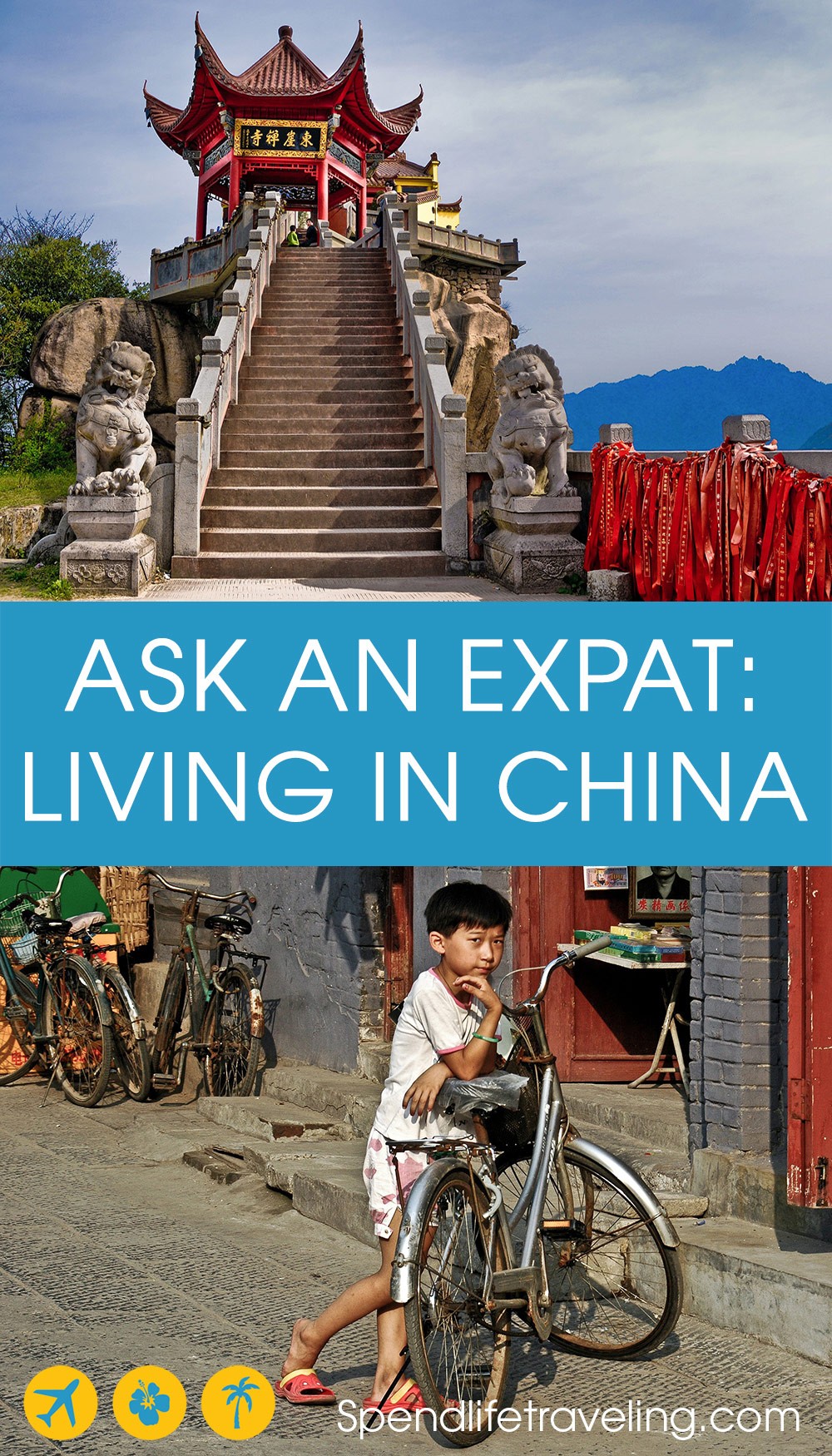 This blog about living in China contains an affiliate link. We may receive a commission for purchases made through this links, at no additional cost to you.

21 thoughts on “Ask an Expat: Living in China (Zhengzhou)”