What is it like to move to and live in Helsinki, Finland’s capital?

I am preparing to travel to Finland and my first stop will be Helsinki. Therefore I was very excited to do this interview about expat life in Helsinki!

In this Ask an Expat series I interview people living all over the world but outside of their home country. I try to help paint an honest picture of the ups and downs of life abroad.

In the interview, the expat shares tips for anyone thinking about moving abroad and information about what to see and do in the city, town or country the expat now calls home. 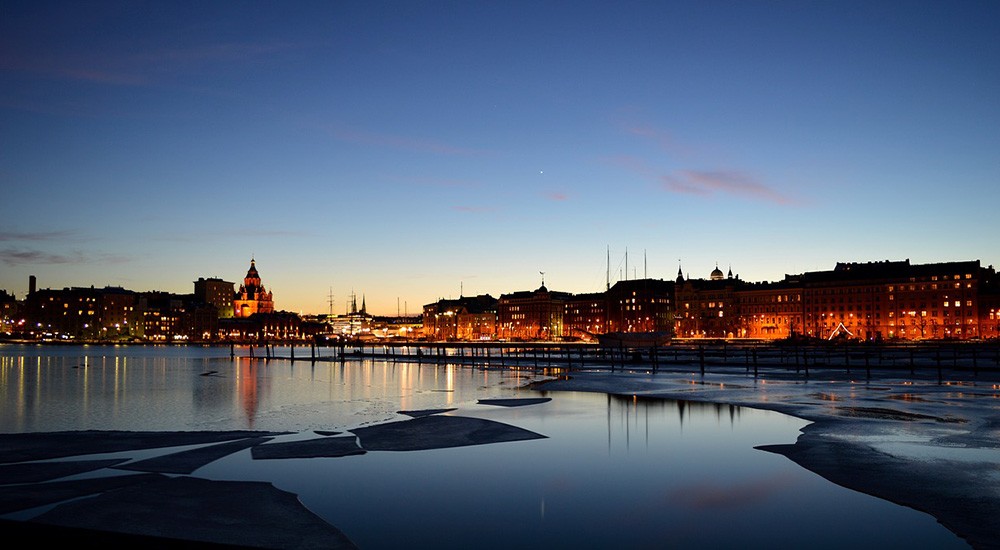 “Growing up in a small town near Glasgow, I spent the majority of my teenage years performing in bands and generally not taking life very seriously.

When I was 18 years old I thought it would be a good idea to study Music at North Glasgow College.

This was fun, but sadly it was not very useful for my future. When I turned 20, I found myself out of luck, unemployed, and almost out of options.

Thankfully, however, I was given the chance to move to Jersey, one of the Channel Islands of the UK where I met a lovely blonde girl who hailed from a country in Europe I wasn’t quite sure I had heard of before.. a place called Finland”

Why Did You Move to Helsinki?

“After leaving Jersey, the lovely Finnish girl – who is now my wife – and I traveled to Australia for one year until our visas expired and we had to decide where we would travel to next.

After some debate, we decided that Finland would be the best choice for us.

And so, with a little bit of fear and anxiety over traveling to a country that I knew practically nothing about, and a language I couldn’t speak, we packed our bags and off we went.

Although we originally moved to Porvoo, Finlands 2nd oldest town, we quickly made preparations to move to Helsinki as we believed, and still believe, that Helsinki is the best place for expats to find work, socialize, and succeed here in Finland.”

“There are so many great things to say about Helsinki… Where to start?

First of all, Helsinki has a vast amount of beautiful landmarks, all with their own captivating history. It doesn’t take very long to realize how much Helsinki has to offer, with its rich architecture that leaves you wanting to know more and more after learning the details of Finland’s incredible past.

But, It’s not all about the architecture and history: In Helsinki, you can transition from an enjoyable bicycle tour around the city to adventuring through its many surrounding islands (there are roughly 330 islands within the Helsinki archipelago) almost instantly. There is never enough time to do it all.

Then, when the sun starts to set, you can put your dancing shoes on and head out to some of the coolest and most charming bars you are ever likely to visit!

And with Helsinki’s Metro line, (which is literally just a straight line) going from one area to the next it is as easy as it gets. It’s all so close and accessible to everyone!

These are just some of the things I like about Helsinki, and a few of the reasons why I am incredibly grateful that I have been able to live in Helsinki for the last 3 and a half years.”

What Do You Dislike About Living in Helsinki?

“Truth be told, there isn’t much I dislike about living in Helsinki!

One universal dislike amongst all Finnish inhabitants (not just Helsinki) is the winter. The winter can be cruel.

When winter comes, darkness ensues as white walkers march down from the North, slaughtering all in their path… Just kidding, but It DOES get a little dark and depressing, and this is the time when socializing becomes very important!

I would also like to quickly note that even in the cold winter there are many exciting things you can do to take your mind off of the misery, like walking on the sea, and skiing!”

What Is Your Favorite Thing to Do in Helsinki? 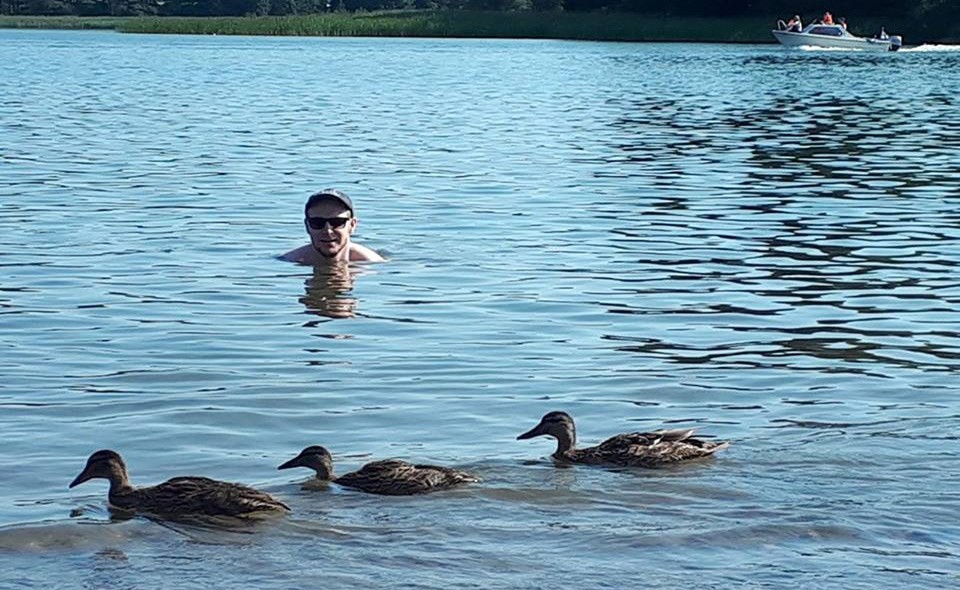 “This is an incredibly tough question!

My favorite thing to do when I’m not sunbathing on the gorgeous islands and swimming with little ducks, probably, is to play guitar and perform my own songs in some of the cool venues in the city center.

The easiest way to do this is to search online for some of the many open mics that are happening nearby, then go and sign up!

I would say two of the most popular open mics are taking place on Monday evenings at the bars Molly Malones and Siltanen. I have met many friends through these open mic nights and would encourage other expat musicians to do the same!”

What Is Your Favorite Place to Hang out in Helsinki?

“Another tough one! There are an infinite amount of awesome bars and restaurants in Helsinki, I wish I could mention them all!

Lately, my wife and I have been trying our best to find the “ultimate burger” and have decided that Naughty Burger in Kamppi gets our vote.

I don’t know what it is they do to their burgers, bacon jam, maybe? but it is simply delicious. The restaurant itself is very laid back, with a funky, bare-bones sort of feel.

When ordering your food, you are simply given a little alarm clock looking device, you then go to your table, and wait for it to start beeping at which point all you have to do is collect your food and enjoy!

After your food, you can walk for 5 minutes to Bar Loose, a nice rock bar with reasonably priced beer and live music. Good times!”

What Is the Expat / International Community Like in Helsinki?

“The expat community in Helsinki is extremely well organized, and incredibly helpful towards other expats.

There are many groups that task themselves with supporting the community in various ways such as giving advice on finding employment, accommodation and many other important things that can massively benefit people who have either just moved to Helsinki, or have lived here for many years.

One of two groups worth mentioning is The International English Speakers Association of Finland (IESAF). It’s a non-profit volunteer organization of international, English speaking people living in Finland that provide a platform for questions, discussions, and sharing of information for all foreigners living in Finland. They do great work!

The other group I would like to mention is The Finnish-Scottish Society. This is a non-political and non-profit cultural association aimed at promoting Scottish culture and strengthening the links between Finland and Scotland. They arrange events that bring Scots, Finns, and absolutely everyone else together.

Admittedly, these groups seem that they would be aiming more towards English speaking expats, but I would urge anyone in need of information to contact either of these groups, and they will then point you in the right direction.”

Any Tips for Moving to Helsinki and Living in Helsinki? 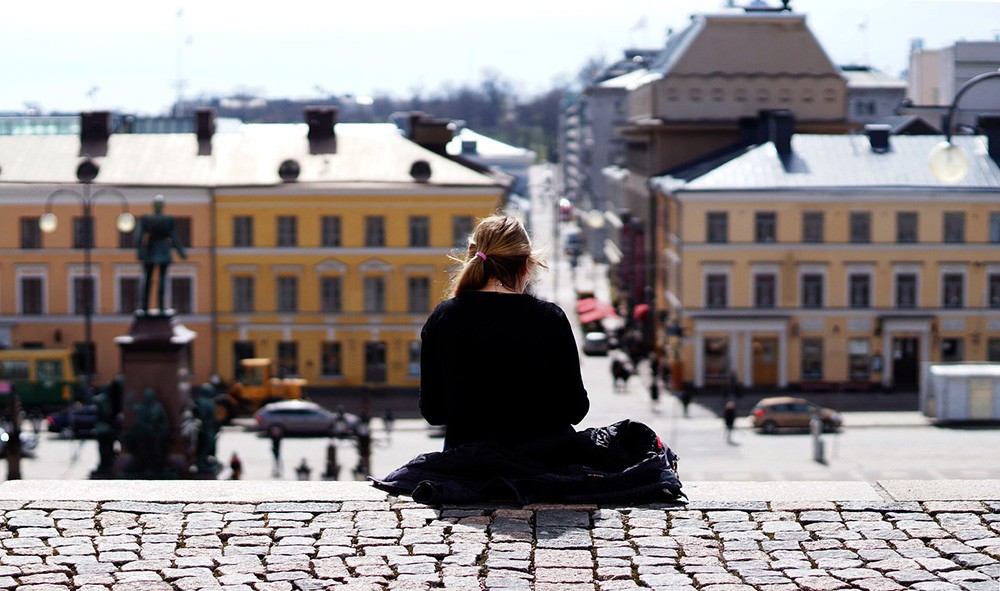 “There are many different reasons as to why people decide to move to Helsinki, and each reason comes with its own set of bureaucratic hoops that we must all jump through in order to be able to live here.

Have you already found work? are you going to study? are you unemployed?

The answers to these questions can change your individual experience greatly, and so I would recommend that anyone who is thinking of moving to Helsinki do their best to research precisely what they will need in order to immigrate to Finland successfully many months before they book their flights.

In my case, I came to Finland to be with my wife, so I had no master plan to help me with the red tape that all governments inevitably throw at people coming into the country.

It took me 8 months of clumsily working my way through the system until I finally enrolled in a Finnish language course, which later helped me to find employment, and so forth.

So, my main advice to anyone moving to Helsinki would be to gather all the required information slowly and carefully and to know precisely what sort of situation you will be in when arriving in Helsinki.”

Any Resources You Found Useful During the Process of Moving to And/Or Building a New Life in Helsinki?

“It seems that some things have changed in terms of what websites can be used to assist expats seeking to move to Helsinki.

I would recommend that readers check out this Finnish Immigration Service website and read the information provided.

I found it helpful, but I’m afraid that not all red tape looks the same and what was helpful for me might not be helpful for everyone, but good luck!”

Is There Something You Just Have to See or Do When You Are in Helsinki?

“Whilst in Helsinki you need to take a stroll down to the beautiful Helsinki Cathedral, at the eastern end of Esplanadi.

From there, you can have a short walk around Kauppatori and even take a ferry to the popular Island Suomenlinna, which is an inhabited sea fortress that was built on 6 islands!

And of course, you absolutely need to find yourself a good old fashioned sauna! There are many fantastic saunas you can awkwardly cook yourself inside along with total strangers before throwing yourself into the freezing cold sea.

Helsinki is an incredible place, with truly beautiful landscapes, and scenery that is hard to find anywhere else.

The Finnish people are polite, even if some people try to argue that they are somewhat “socially awkward”. Once you meet the locals you start to notice they are very kind people, with a very unique culture, and it is clear that they have a welcoming attitude towards expats.

Helsinki has a lot to offer the people that come here if they can get their feet through the door, so why not give it a try?” 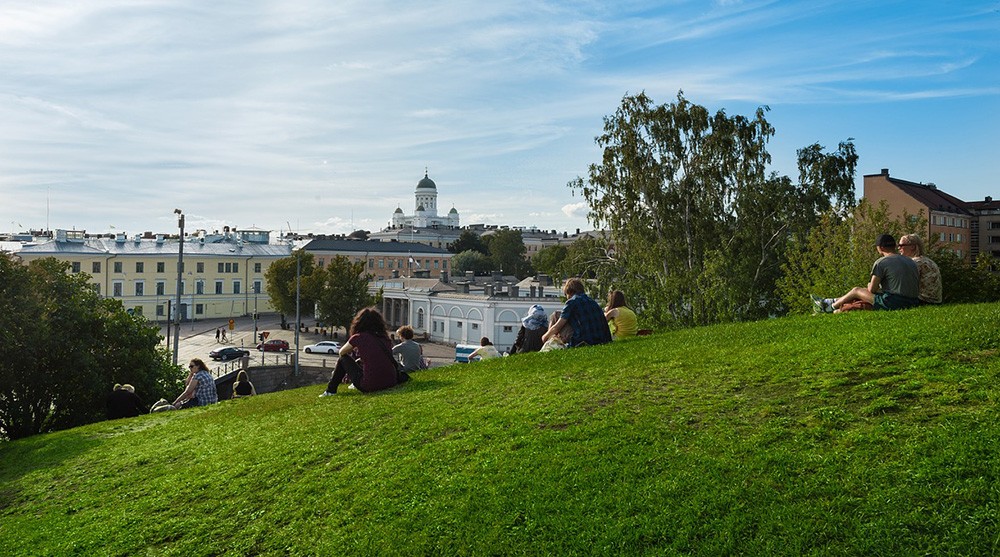 Helsinki is Finland’s capital and largest city. The city was founded in 1550 and became the capital of the Finnish Grand Duchy in 1812, when the Russian Empire rebuilt it as a miniature St. Petersburg.

Helsinki comprises an impressive 300 islands interconnected with many bridges.

It is a city of roughly 600,000 people, combining the atmosphere of an international metropolis with the coziness of a small town. It is the center of Finnish business, education, culture, and science.

Helsinki is home to eight universities and six science and technology parks. 70% of foreign enterprises operating in Finland have their headquarters here.

If you are only planning a visit to Helsinki then this is best done during the short summers, when the sun brings the outdoor bars and cafés to life and the late sunsets make the evenings long and lively.

Fun Fact: Helsinki is one of the world’s coldest capital cities! With a yearly average temperature of barely 5 °C (41 °F).

Most of the major attractions in Helsinki are located in a fairly small area, and the city is easily explored on foot. But, the city does have an extensive public transport system, which makes life in Helsinkie much easier on those rainier or colder days.

Like this article about expat life in Helsinki? Pin it! 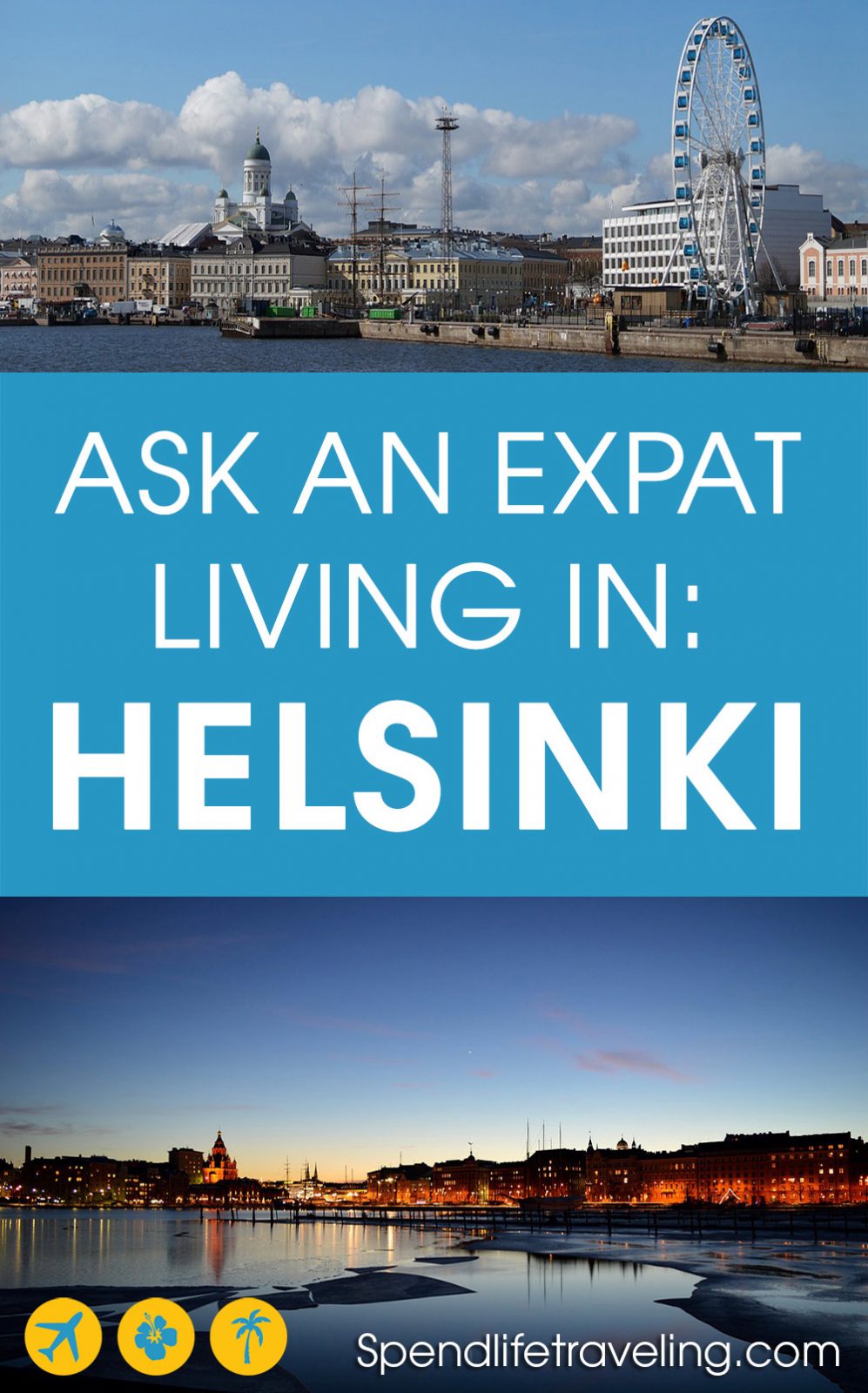 5 thoughts on “Ask an Expat: Living in Helsinki, Finland”