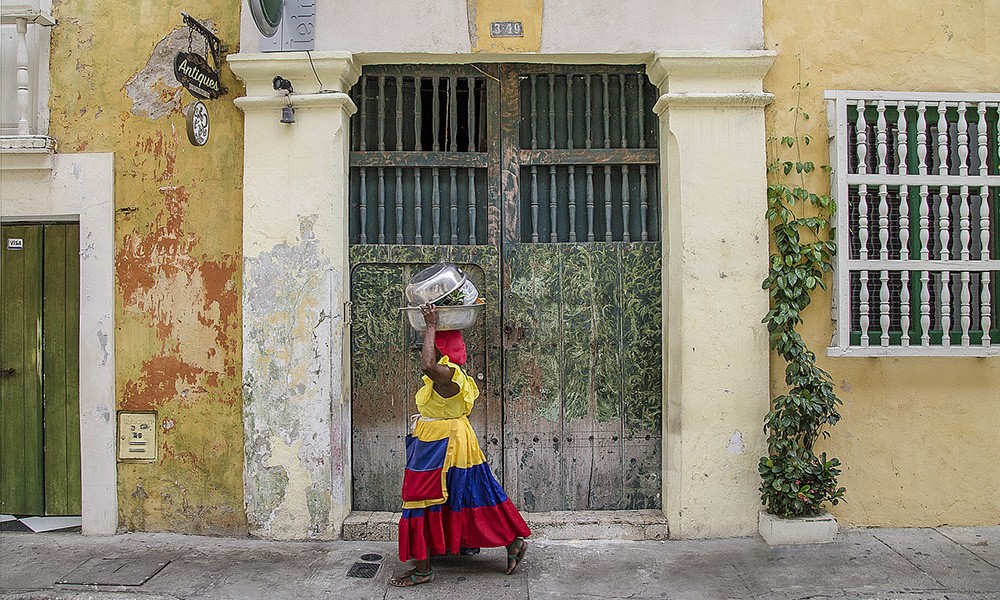 Are you planning to travel to Colombia? Then you’ll probably find these travel tips for Colombia useful!

Colombia, a country with beautiful nature and generally very friendly people. But a country that at the same time many people, including my parents, think is dangerous and a place to avoid.

I was very excited though to explore this country and to be able to form my own opinions. I spent a month as a digital nomad in Medellin, Colombia’s second-largest city,  and a few weeks traveling around the country.

Before I traveled to Colombia  I wondered what the main things you should know about Colombia are. To find out I spoke to many experienced travelers, local Colombians, and expats currently living in Colombia. That resulted in a lot of information about traveling in Colombia, safety in Colombia and other travel tips.

The most important advice I received and several travel tips for Colombia I want to share with you here.

12 Things to Know Before Traveling to Colombia

1. Don’t Worry Too Much About Safety but Follow a Few Rules 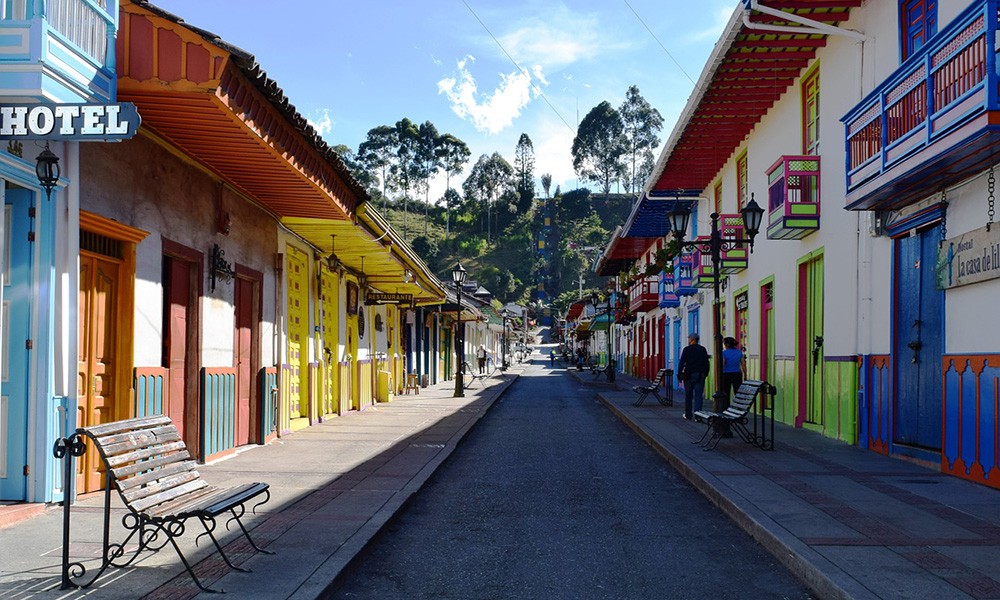 By Sue & Mike from 197travelstamps.com

“Murder, drug trafficking, kidnapping, and corruption – we’ve all heard some crazy stories about safety in Colombia. But, in contrast to popular belief, traveling through Colombia is actually not very dangerous.

The safety situation has greatly increased over the last years and you will be very unlikely to have any problems if you follow these basic safety rules:

Once you get to Colombia, you will be overwhelmed by the beauty of the country and the kindness of the people.

You won’t have to worry too much about safety. If you still have doubts, ask the staff at your hotel or the Airbnb owner about safety tips – they will know best.”

2. the Temperature in Colombia Depends on Altitude Rather Than Time of Year

“Since Colombia is a tropical country, there are no seasons, so temperature depends on altitude rather than time of the year.

For example, Bogotá has a pleasantly cool temperature during the day with chilly nights, while Cartagena has very hot and humid days and warm nights.

Any multi-city trip to Colombia requires a full range of clothes to prepare for all of these temperatures.”

By Sue & Mike from 197travelstamps.com

“The pace of life is different in Colombia.

If you are from a Western country, you may be used to the fast-running clockwork that is life in your country. Little things like a delayed train or a long queue at the supermarket are major annoyances.

A delay of a bus or a flight of several hours without any information or updates from staff would cause major riots in many Western countries. In Colombia, nobody will get nervous over something like this and people will just continue talking and socializing until the situation straightens itself out.

If you find yourself in such a situation, keep cool and try to learn from the patience of the locals.”

4. Learn Some Spanish – a Few Words Go a Long Way 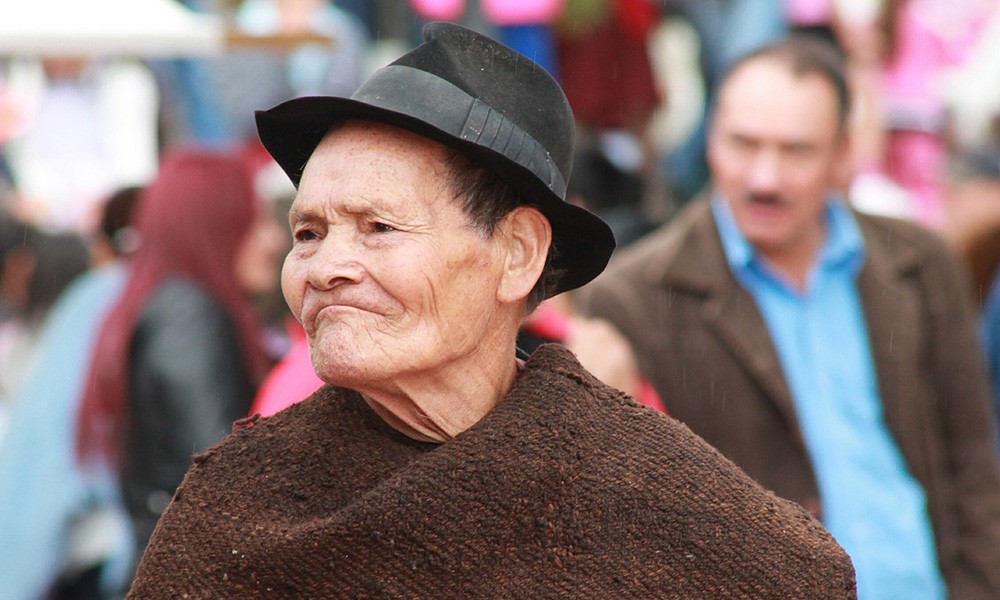 By James, an expat in Colombia, and Sue & Mike

Hotel staff usually do speak some English and they will be able to help you out with most things you may need if you don’t speak any Spanish. But I would recommend you to learn a few words before you travel to Colombia and to bring a phrasebook.

The locals definitely appreciate any effort you make towards speaking their language and your travel experience will be so much more genuine if you can ask the old man on the bus next to you about his day.”

James: “If you already speak Spanish, look up Colombian slang on the internet. It doesn’t take long and helps a lot.”

5. Cocaine is a Taboo in Colombia 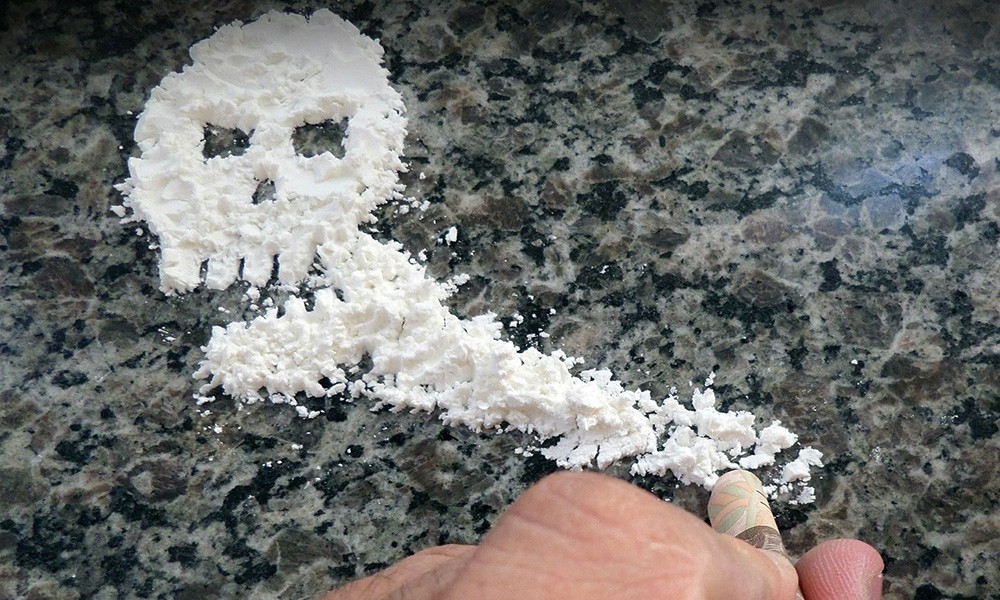 “When Colombians travel abroad they inevitably face questions and jokes about cocaine; sometimes, people even directly ask them for drugs.

However, cocaine is a big taboo in Colombian society as the conflict it initiated has taken an immense toll on the people and many families lost their loved ones.

In Bogota, although drugs are easy to find for those who are looking for them, the area of the “L” street where illegal substances and services are sold is dangerous and full of crime.

When traveling to Colombia, avoid joking about drugs or suggesting that locals use cocaine regularly as it is very insulting. Besides, most of the white powder is exported to the USA and Europe anyway.

It goes without saying that you won’t make a great impression if you start a discussion about Pablo Escobar armed with only what you learned from the Narcos series either! Avoiding judgmental comments and perhaps this topic altogether is usually the safest way to avoid hurting someone’s pride and feelings.” 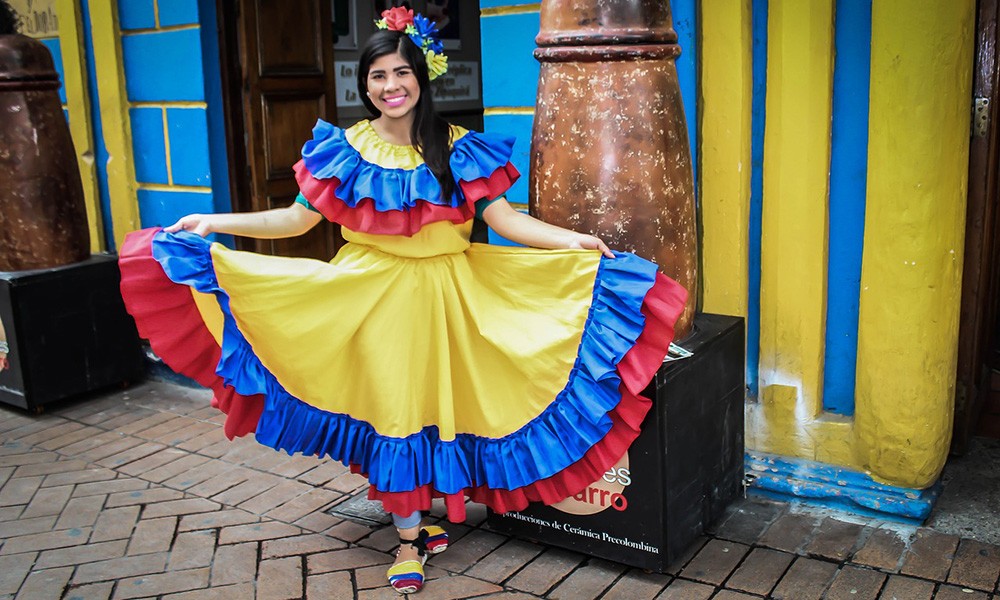 By Rebecca and Michele, expats living in Colombia, and Carlitos, a Colombian

Rebecca: “I find that language tends to be more formal here.

I tend to be really short in my communication. I’ll text someone exactly what’s on my mind. For example, “So today we are really going to need XYZ and do ABC.”

I will get back, “Buenos Días, como estás? Como estás tu familia?” Tu perrito? Tús hijos? (“Good morning, how are you? How is your family? Your dog? Your kids?”). You can’t skip the greeting and formality for the sake of efficiency and brevity. Even in short face to face encounters.”

Michele: “Yes, this drives me crazy. My professors at the university told me that they knew I was a gringa (foreigner) before even meeting me based on the short, to the point, almost cold, emails I would send them asking some questions.”

7. Mañana Does Not Mean Tomorrow 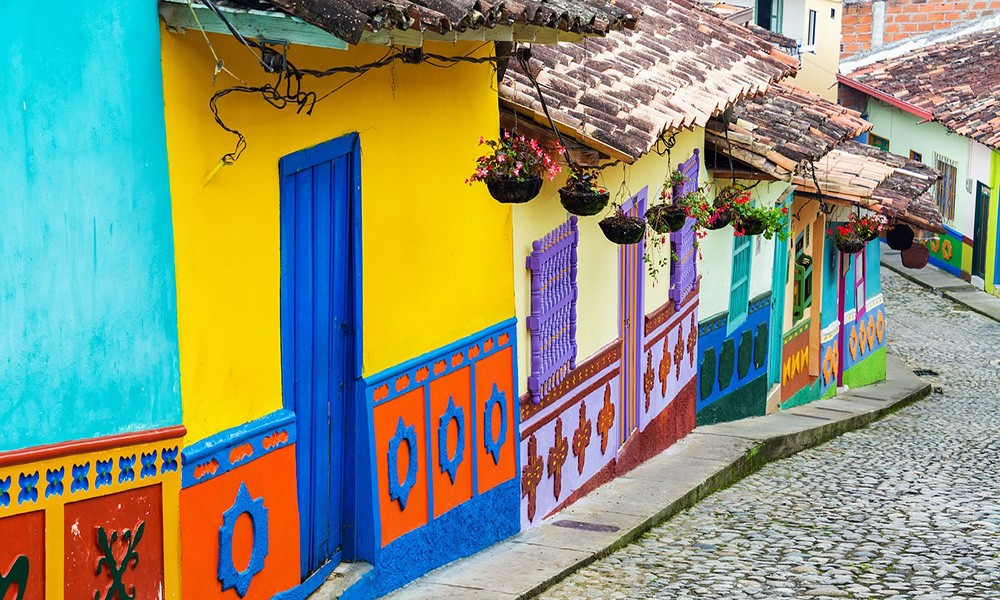 By Susan and Luis, expats living in Colombia

Susan: “Mañana does not mean tomorrow here… it’s more like some time in the future.”

Luis: “And “ahora” (“now”) means sometime in the next hours. If you want something to be done right now, you have to use “ya” (“already”).

This difference and the excessive politeness drives me crazy as a Spaniard with a more direct Spanish language.”

8. Transportation and Money in Colombia 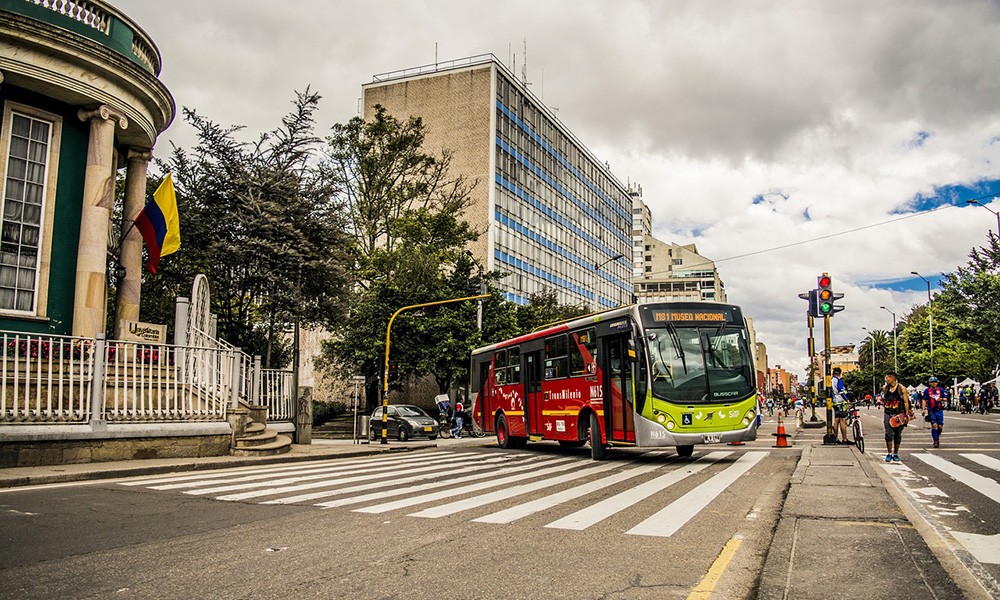 By Rick and Beth, expats in Colombia

Rick: “Taxis and buses go anywhere in the country and are very inexpensive. However, Palomino, on the Caribbean coast, does not have any taxis, nor ATM’s.

Long-distance buses are comfortable, have air conditioning and sometimes even wifi.

Latam and Wingo airlines are very inexpensive compared to other airlines. For example, a one-way flight from Bogota to Barranquilla may cost as little as US$ 35. Viva Colombia is another low-cost airline worth checking out.

ATM’s are in English and Spanish and the surcharge is about equal to US$ 3.00.”

Beth: “Bring a debit card to get cash, and be sure to let your bank know where you will be.

Using ATM’s is a much better option than trying to exchange money.” 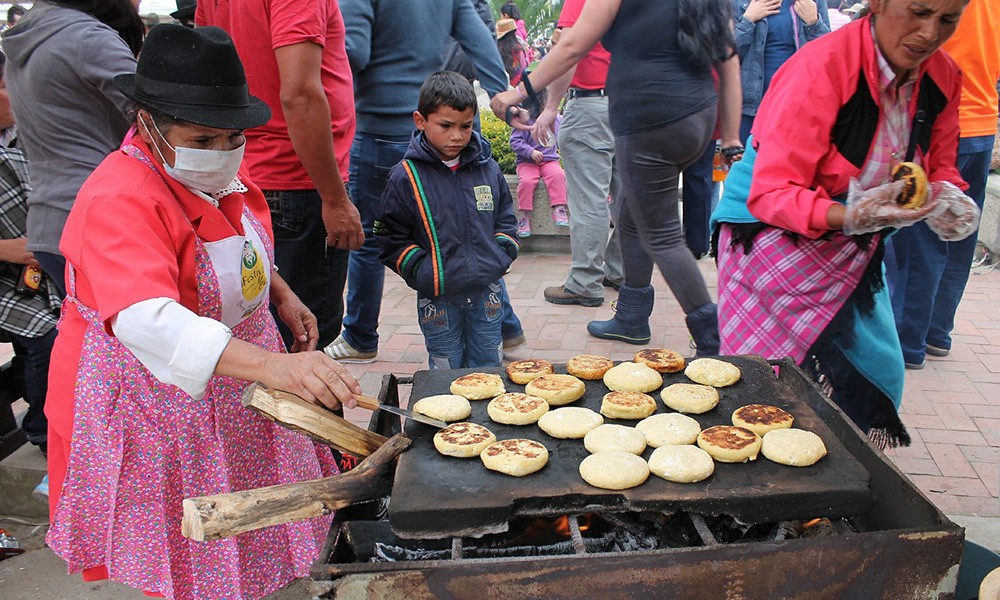 By Rebecca and Linnea, expats in Colombia

Rebecca: “In most restaurants I am familiar with in Bogota, the tip is included in the bill (normally 10%). That tip is spread amongst all the staff.

So if you want to give something extra to just your waiter, which seems to be more optional, that needs to be separate.”

Linnea: “Many of the smaller more typical Colombian places will neither ask nor expect a tip usually.

With that being said, of course, one should tip something if the service was good. But it’s not mandatory, like in some other countries.” 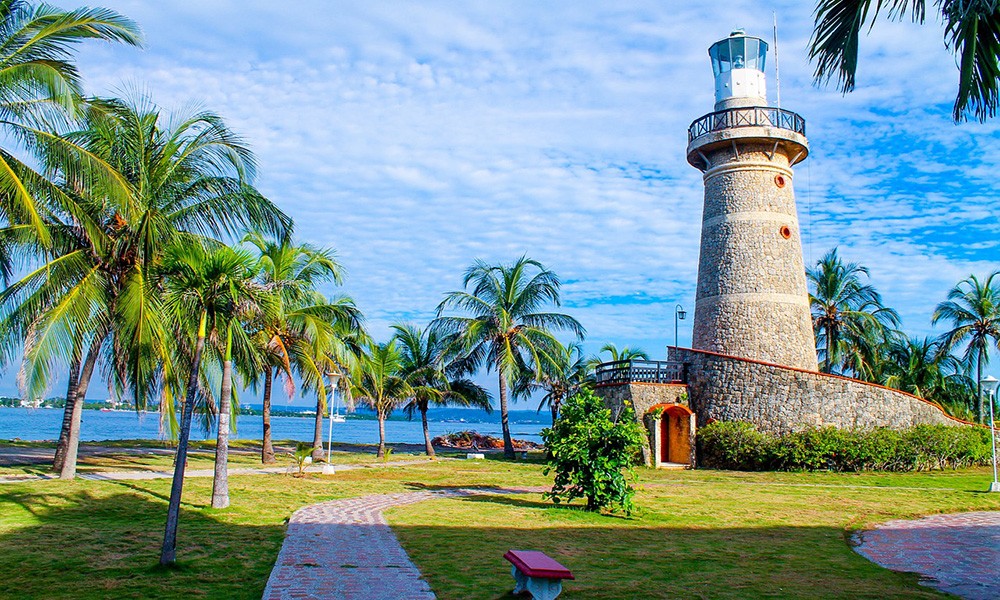 By David, an expat in Colombia

“Use sunscreen!!! Even in a place like Bogota where the air is cool, the sun is incredibly intense.”

Also Read: 15 Of The Best Beaches in The World – including 2 beaches in Colombia!

11. Keep Your Cool in Colombia 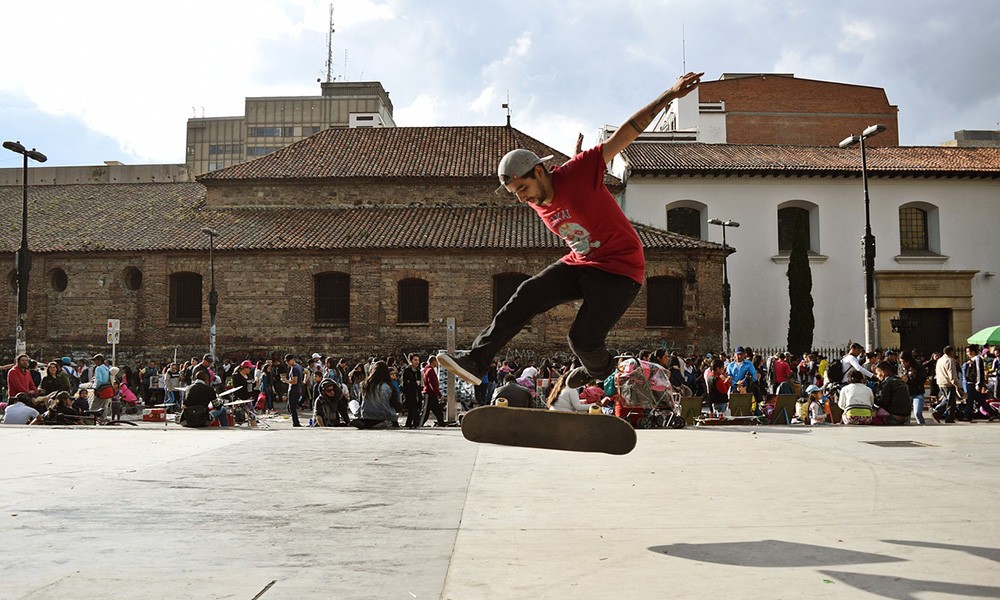 By Steven and Shantideva, living in Colombia

Steven: “Like many other cultures throughout the world, Colombians do not like public displays of anger, frustration or drama. It is considered very unattractive and unwanted here.

If a gringo (foreigner) displays any loss of composure he/she will likely be tuned out, ignored as low class or generally be dismissed.

Shantideva: “In Barranquilla you’ll have 2 kinds of reactions if you show anger in public:

12. Enjoy the Beauty of Colombia 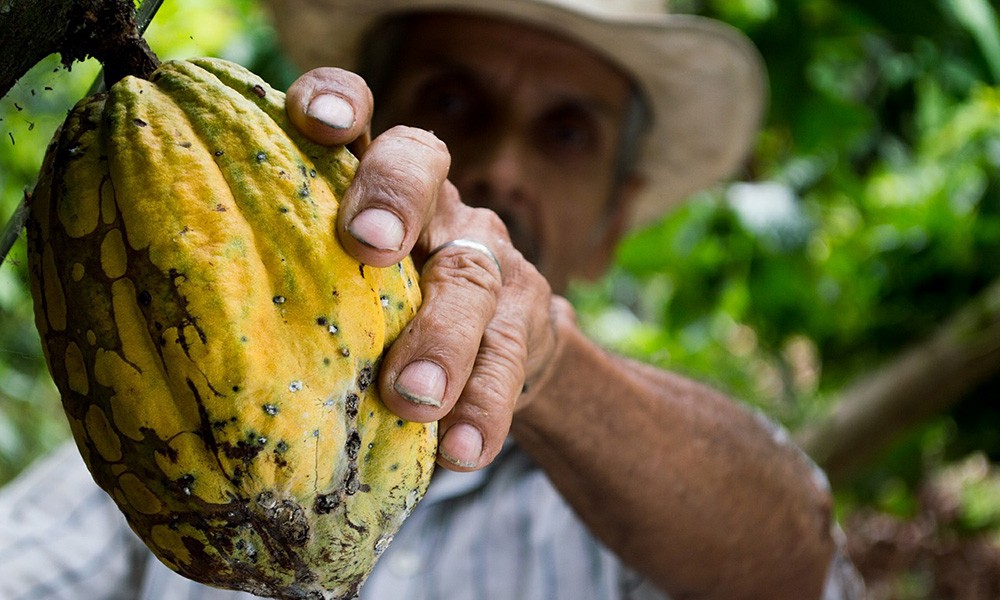 By Mary and Janwillem, living in Colombia

Mary: “Colombia is music, salsa, rumba, everywhere. It doesn’t matter what time, for what reason or how many people there are, the people always sing and dance. There is always a reason to move your hips. And you either join in or you miss out.

Colombia is the country where all taxi drivers seem to be listening to Olímpica Estéreo (radio station) which makes me feel like I live in the center of the Caribbean.”

Janwillem: “Try to visit some villages, the beauty of this country is not in the cities at all. it is outside. Come and visit Tamesis, where I choose to live after 11 years in Colombia.”

Colombia has a lot to offer with its incredible diversity in landscapes and cultures.

I hope you found this list of things to know about Colombia useful. And if you are traveling to Colombia soon, enjoy exploring this beautiful country!

Like this article about things to know before traveling to Colombia? Pin it! 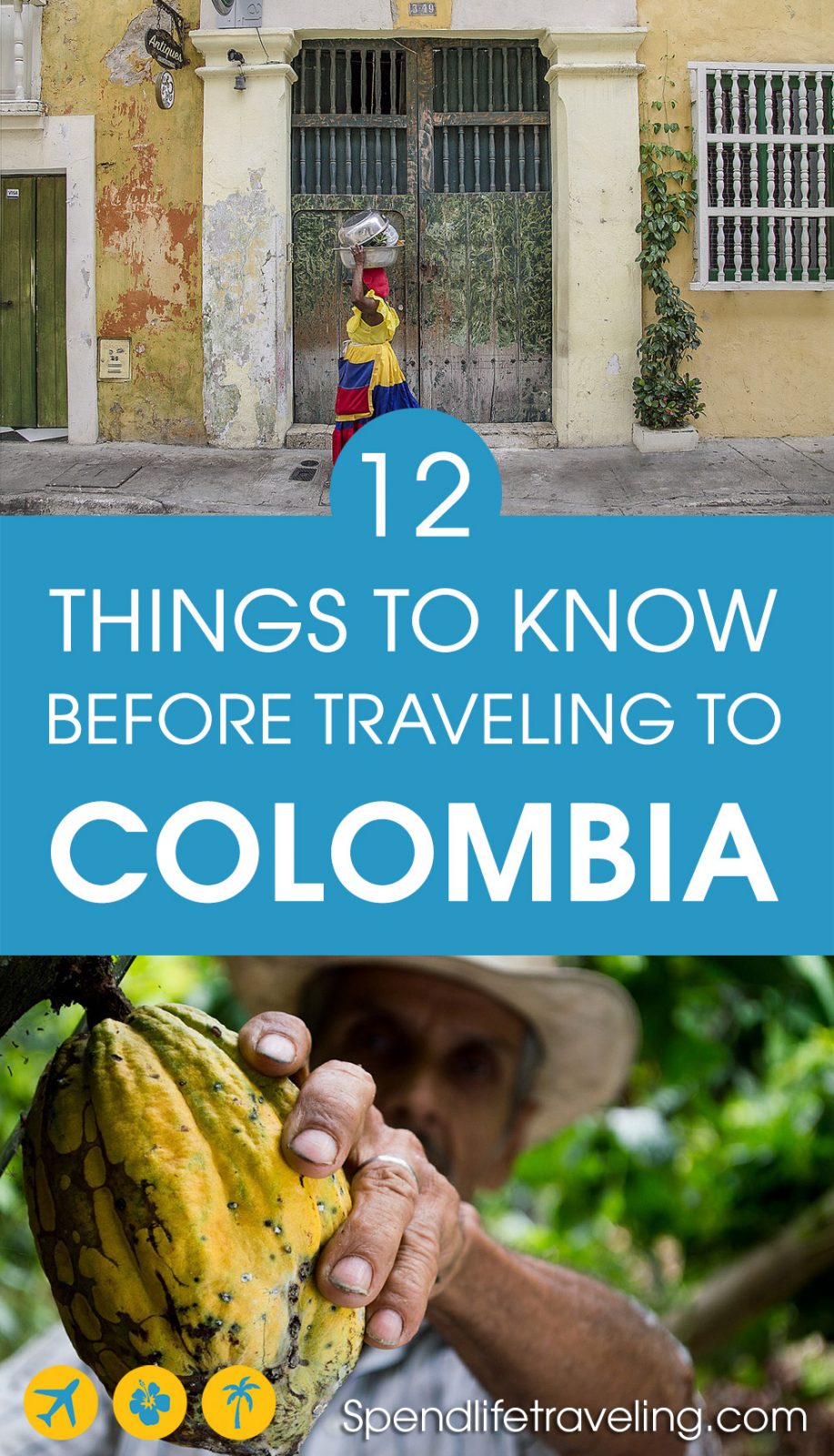 1 thought on “12 Things to Know Before Traveling to Colombia”