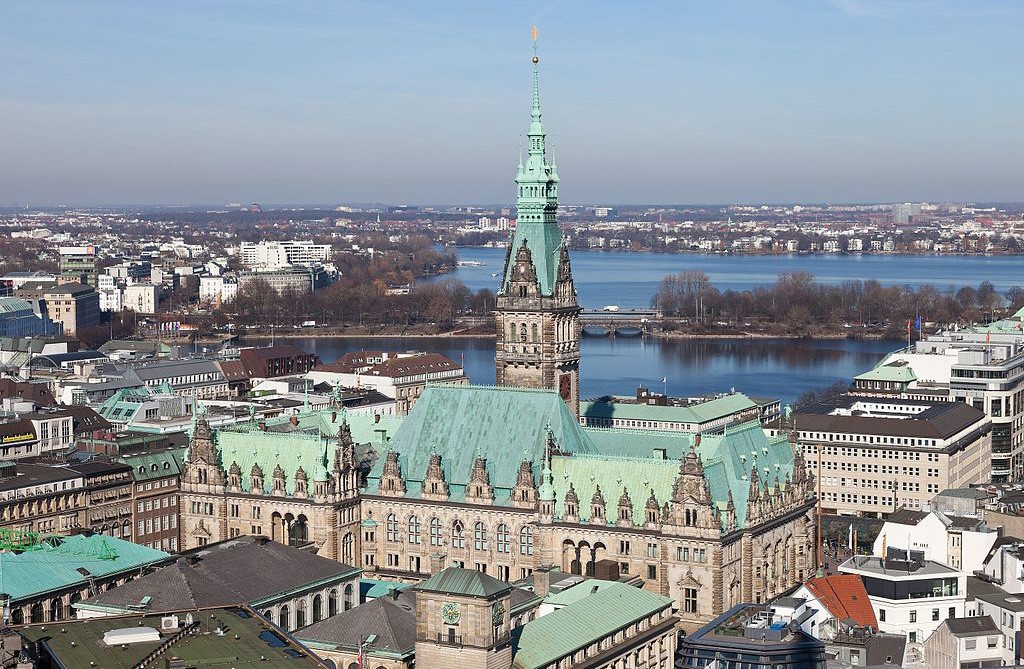 What Is It like to Move to and Build a New Life in Hamburg?

This article is part of the Ask an Expat series. In this series I interview people living all over the world but outside of their own country. I hope to inspire you while simultaneously paint an honest picture of the ups and downs of life abroad.

I really enjoyed this interview because like myself Brigitte has traveled a lot and lived in different, very interesting countries all over the world. And this has clearly taught her a lot about life abroad. 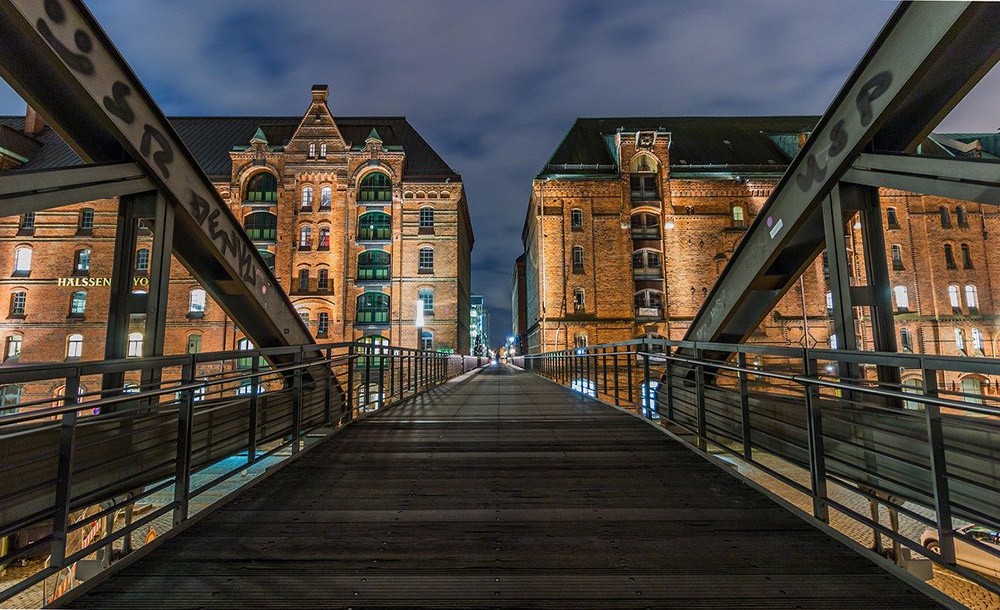 “I have always been drawn to foreign lands. During my studies I spent two semesters in Scotland and Turkey, I volunteered in Tunisia and did two internships in Kuwait and Egypt.

I enjoyed all these experiences, but I never really felt at home – with the exception of Kuwait.

After spending a few months abroad, I was always more than happy to return to Leiden, my university town in the Netherlands. I never pictured myself abroad long-term, but with the economic crisis and lack of jobs in my field, I decided I should be flexible and be open to any interesting opportunity – whether at home or abroad.

I would have been just as happy finding a relevant job in the Netherlands, but the job offers from abroad came first.”

Why Did You Move to Hamburg?

“I had such a great time in Kuwait that I initially set my mind on a move to the Gulf.

My flatmate at the time casually mentioned that the German economy was doing well and that I should consider applying for a job in Germany too. So amidst the few dozen applications I sent to the Gulf, there were two for jobs in Berlin and Hamburg.

I hadn’t expected much of it, but I was offered not only a job in Kuwait, but also in Hamburg. It was a very, very, very tough choice. Kuwait is one of my favorite places in the world and I wanted to go back so badly, but eventually I decided that the job in Hamburg was the more interesting one.

I did not really consider living in Hamburg long-term, but half-way through my previous contract I was offered yet another job, with my current company.

Three applications, two job offers: there is something about my profile Germans like! Initially I had planned to stay for only six months, and now we are at 14 months and counting…”

Also Read: Things You Should Know Before Moving to Germany

“Life in Hamburg is so very easy compared to my previous experiences abroad.

At times I found living in Turkey or Egypt tough and in those days life seemed a continuous struggle; from the moment you leave your house until the moment you come back. It was not so much a matter of culture, it was more the language. If you are unable to understand the people around you, life just goes past you. You will never really feel part of your surroundings.

Although my German is by no means perfect, I am able to communicate with my landlord, the municipality, the mailman, the bus driver, etc. When the train is delayed I understand why and what I should do. When the bus takes a different route I understand the announcements. It’s those small things that make life abroad a lot easier.

And although Germans are still able to surprise me every now and then, I don’t really face huge cultural differences. I understand the Germans much better than many fellow expats do, and I tend to react pretty much in the same way to things too. The difference is more in the details this time.”

What Do You Dislike About Living in Hamburg?

“The weather! I always thought that if I were to move abroad, I’d go to a place with tropical weather. Instead in Hamburg it is often a few degrees colder than back home in the Netherlands!

Housing is a real pain too. It’s very difficult to find a place to live in Hamburg and the rents are absolutely ridiculous. Paying the rent breaks my heart every month.

And although Germany is one of the most developed countries in the world, I sometimes have the feeling that we are still living in 1990 here: handling official matters online still isn’t an option in most cases, and flex-work isn’t big here yet either. While in my previous job in the Netherlands I could regularly work from home, here everyone is required to be in the office from nine to five.

For companies at the forefront of Internet developments, they really like to stick to old work habits!”

What Is Your Favorite Thing to Do in Hamburg?

“Sightseeing! I try to devote at least one day each weekend to discovering new places.

Hamburg is not really a major tourist destination outside of the Christmas market season, but the number of tourists keeps growing steadily.

I am particularly interested in the more recent history, and I am always amazed at the amount of historical traces I see in my daily life. The Second World War, for example, is everywhere around you, from the countless monuments and plaques to the stolpersteine (a cobblestone-size concrete cube bearing a brass plate inscribed with the name and life dates of victims of Nazi extermination or persecution) under your feet.

Since I moved to Germany I also discovered the joys of barbecuing. I mean, I’ve barbecued before, but never so often and extensively as during the summers living in Hamburg.”

What Is Your Favorite Place to Hang out in Hamburg?

“You can usually find me in one of two areas: Eimsbüttel or Sternschanze. I try to avoid the touristy Reeperbahn unless I have visitors, as there are too many drunk tourists around there.

My favorites: café Chakra in Sternschanze and La Paz and Maybach in Eimsbüttel.

Dining out in Hamburg is quite budget-friendly in comparison to the Netherlands, and those three places offer great value for money.

If I want to imagine myself in the Middle East I go to one of the many shisha bars around here, such as LeVou in Sternschanze or Habibi Shishabar near Hamburg University.”

What is the Expat / International Community Like in Hamburg?

“Like in most countries I’ve lived in there is a real distance between the local community and the expat community.

Without knowing German, you don’t really have access to the local community. Although I do have some German friends I tend to hang out mostly with other Western expats in Hamburg.

People come from all over the world. What I found particularly interesting is how many South Americans live here. Before moving here I had never met anyone from that part of the world, but since living in Hamburg I’ve had colleagues from Brazil, Argentina, Mexico, Peru and many other countries, which is super cool.

The expat community in Hamburg is very active too, and there are countless activities you can take part in every day of the week. I myself organize sightseeing trips in Germany, which is always great fun!

Communities such as Internations.org, Meetup.com, and Couchsurfing.com have many members here, so it’s not difficult at all to meet new people.”

Any Tips for Moving to / Living in Hamburg?

“Don’t be afraid to make mistakes speaking German: it is a difficult language to master!

For many of us expats German is our third language, and nobody expects you to speak it perfectly. But the more you practice, the less scary it becomes. In that respect, German is like any other language really.”

Any Resources You Found Useful During the Process of Moving to And/Or Building a New Life in Hamburg?

“There are countless Facebook groups for expats in Hamburg that I regularly consult, such as Expats in Hamburg and New in Hamburg. They are also great for getting information about life in Hamburg before you move here – you can post whatever question you may have!

To practice my German I use the group Language Tandem Hamburg, where I found two lovely tandem partners that I regularly try my German on. Language exchange is a great way to get to know some locals and work on your language skills at the same time. And when you find a local you click with, learning a new language will no longer be an obligation, but actually something to look forward to!”

Is There Something You Just Have to See or Do When You Are in Hamburg?

You should walk around the Alster and the Altstadt, as that part is the most beautiful part of Hamburg.

I’d recommend taking a ferry across the Elbe from Landungsbrücke. Hamburg is a port city, and what better way to enjoy the harbor than aboard a ship! Don’t take the ferry cruises though, unless you want to throw away your money: there is a public transport ferry covering more or less the same route, for just a few euros.

The most beautiful building in Hamburg is the Rathaus (town hall), which you can visit with a guided tour every day. The interior is as stunning as the exterior, so definitely worth it.

And if you are interested in World War II history, concentration camp Neuengamme is just a bus ride away from the Hamburg-Bergedorf district.

If you’re not afraid of the cold, try to come in winter. The Christmas market season 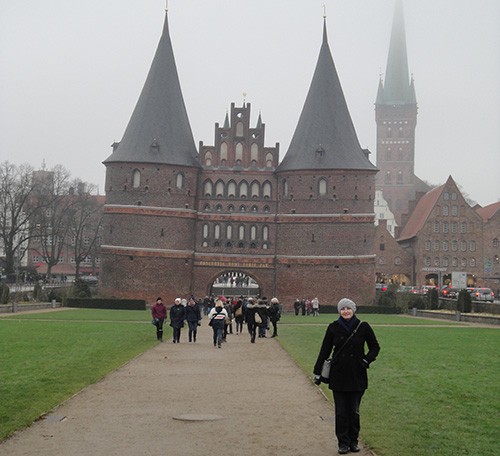 really is the best time of the year, super cozy! And if not in winter, then aim for summer. Hamburg is kinda gray the rest of the year!”

Brigitte is a Dutch researcher working and living in Hamburg, Germany.

She blogs on The Life And Times Of A Dutchie Abroad about her adventures in exotic and less-exotic countries.

Hamburg has a well-deserved reputation as Germany’s Gateway to the World. It is the country’s biggest port and the second-busiest in Europe. It is also Germany’s second-largest city.

The harbor is the heart of the city, however, Hamburg is also one of the most important media hubs in Germany. Half of the nation’s newspapers and magazines have their roots in Hamburg.

And, unknown even to some locals, is the fact that, with one of the Airbus aircraft assembly plants, Hamburg is a major location of the world’s aerospace industry, right after Seattle (USA) and Toulouse (France).

Its location allows it to compete with Amsterdam or Venice with the number of canals, most of which are actually former small rivers and streams regulated to allow the sprawling city to expand over their banks. And on top of that, Hamburg has more bridges (over 2,300) than Amsterdam, Venice and London combined!

There is plenty to enjoy in Hamburg, both in terms of views, culture and the general high standard of living Hamburg grew to be known for.

And yes, the beef patties on a bun were named after this city, where presumably they were invented. 🙂

Also Read: Interview With an Expat About Living in Berlin

Like this article about expat life in Hamburg? Pin it! 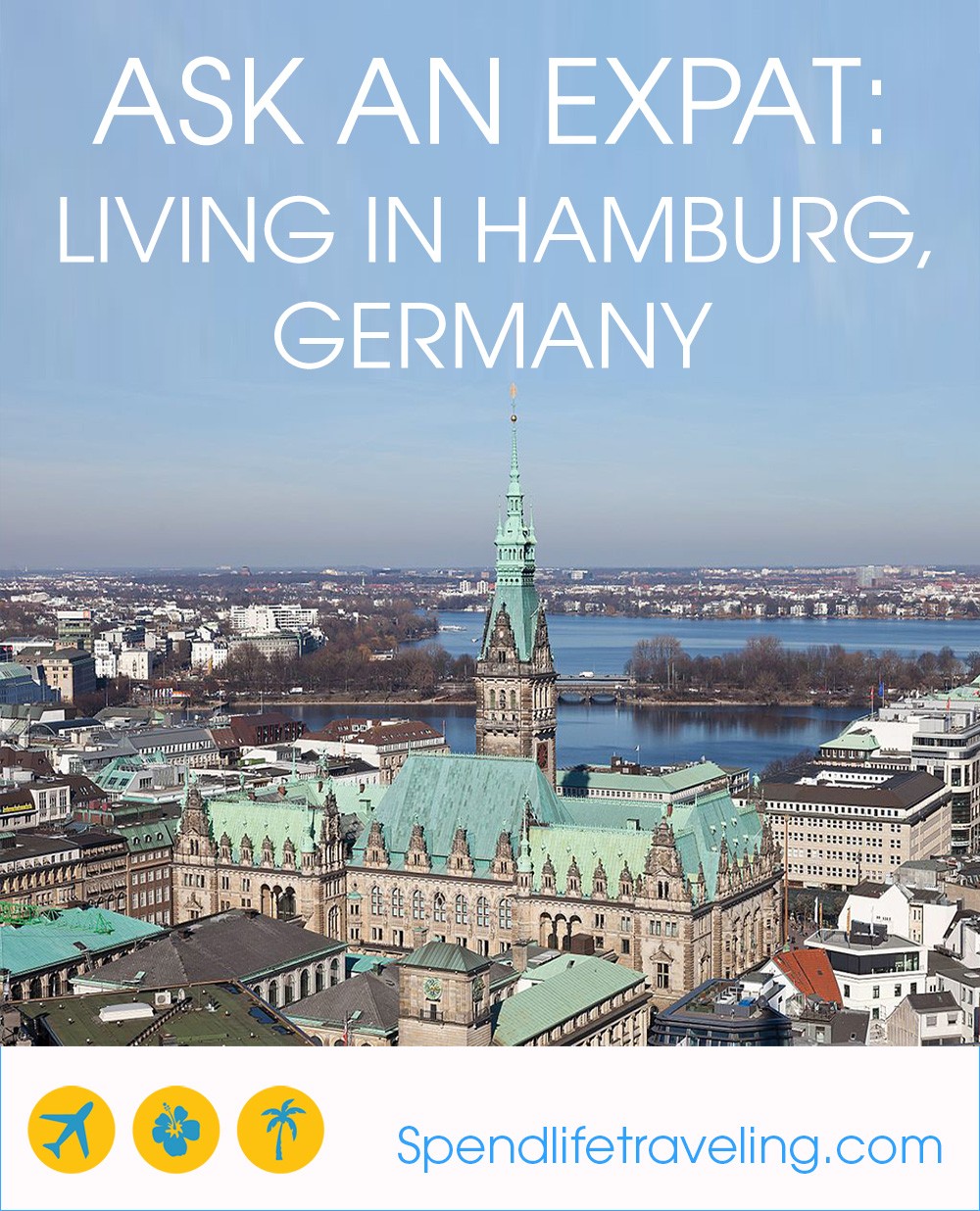 16 thoughts on “Ask an Expat: Living in Hamburg, Germany”