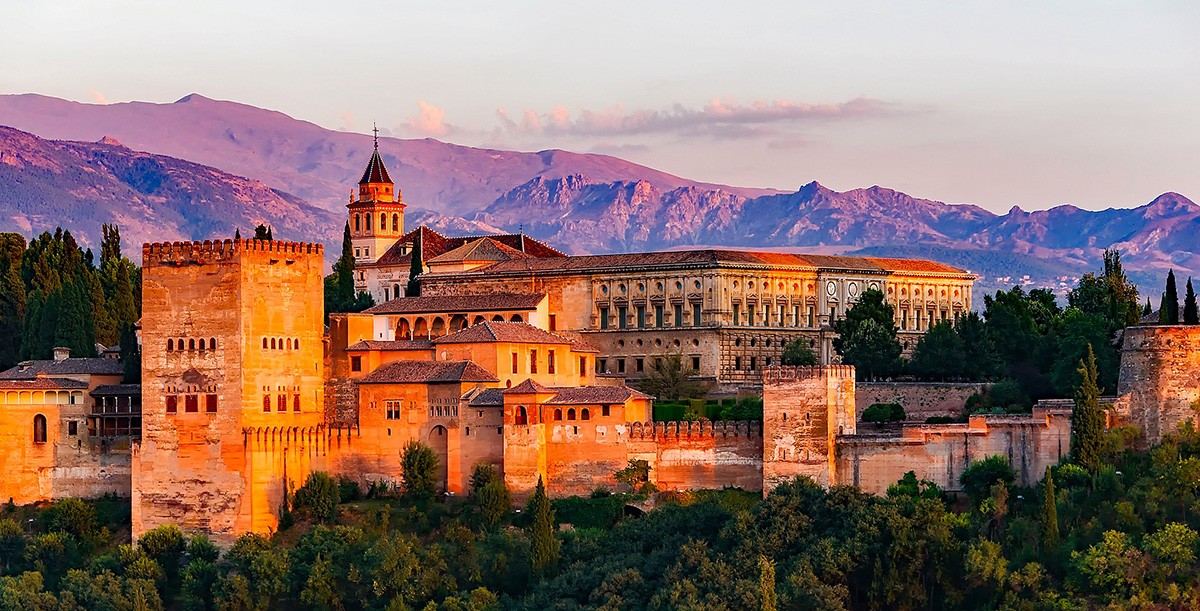 What is it like to move to and live in Granada, Spain?

In this Ask an Expat series I interview people living all over the world but outside of their home country. I try to help paint an honest picture of the ups and downs of life abroad, share tips for other (future) expats and share information about what to see and do in the place the expat now calls home.

Spain is the first country I ever moved to myself, to a small town called Moraira, now more than 16 years ago.

I have lived all over the world since but I still travel back to Spain at least once a year and every time I am there I wonder if I should move back to this beautiful country with its rich culture, great climate and impressive quality of life.

I, therefore, loved doing this interview with Nina about her experiences moving to and living in Granada and I hope her story will inspire you to at least pay this country a visit! 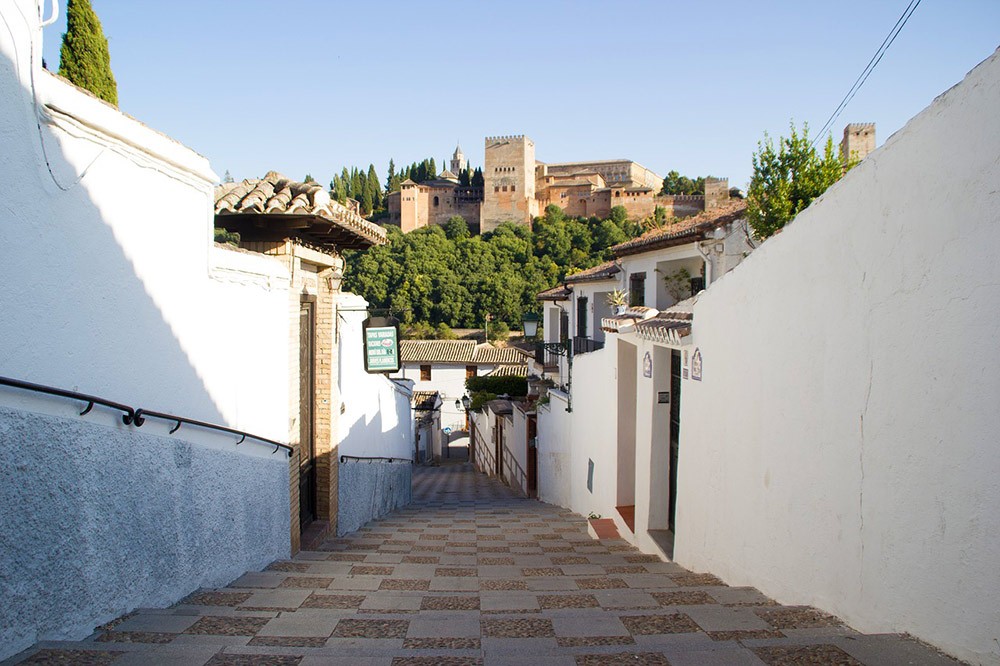 “I moved to Granada because I wanted to live in Europe and practice my Spanish.

Prior to moving to Spain, I spent a year at a bilingual job working with the Hispanic community of my city. I already spoke Spanish at an intermediate level when I arrived and simply wanted to continue to perfect my Spanish.

Here in Spain, there are lots of opportunities to teach English if it is your native language. There are jobs for native speakers from every country where English is spoken as the dominant language (such as Australia, the U.S.A, Canada, and New Zealand as well as of course the U.K.).”

Why Did You Move to Granada?

“I actually did not specifically pick Granada, but could not be happier here. With my teaching program, they let you pick the region. Andalucia (the region that Granada is in) was my first choice.

I’m happy that I got placed here and love living in Granada!

The school I work at is actually in a different province and is about an hour away. Two teachers from my school live in Granada and commute. So I just carpool with them. My contract is only for 12 hours a week, so I’m only going out to the school Wednesday-Friday.

I picked Andalucia because it’s warmer and the people tend to be the friendliest in all of Spain.

One of the most important things to me has been to make Spanish friends and interact with Spanish people as much as possible. That’s the best way to learn about a different culture.”

Also Read: Why Moving Abroad is Such a Valuable Experience and Teaching English in Spain as an American – Things to Know

“I love so many things about living in Granada.

First, the cost of living is very inexpensive. I make more than enough to cover all my bills and have some fun money.

Secondly, it’s a beautiful city. I still am in awe as I walk around the city. I feel very lucky.

Third, while it’s not a huge city, it’s still very much a city. I can find basically anything I want or need here. I love Spanish food, but sometimes I crave Indian food, sushi or pizza. Granada has all of those cuisines as to where a smaller town in Spain might not.

And lastly, I love all the people I have met in Granada.”

What Do You Dislike About Living in Granada?

I’m going to say what I dislike more is having an American passport. I’m so jealous of EU passport holders because they can get jobs in other EU countries so easily.

My teaching program is not something I can necessarily do forever and they just made a new rule that we cannot be in Andalusia consecutively for more than two years. So getting a job to stay long-term in Spain is a tad harder because you have to find a company that is willing to pay for your visa. It’s not entirely impossible … just harder.”

What Is Your Favorite Thing to Do in Granada?

“I like going to the little tea shops on Calle Elvira (map) and the surrounding area.

Some of my Spanish friends took me to a little hidden tea shop where you have this amazing view of the city. That was awesome!”

What Is Your Favorite Place to Hang out in Granada?

“I’m not sure if I have one favorite place, so I’m going to name a few.

That tea shop I mentioned before is called Abaco Té. One of my friends also loves this bar called Rollo (used to be Lio) which is right next to the cathedral. I also am a big fan of seafood, so I love Bar Los Diamantes. They have tapas with seafood.

And lastly, if I need a good place to do work and drink coffee, I love the Lemon Rock. It’s a hostel that has a cool coffeeshop/bar.”

What is the Expat / International Community like in Granada?

“The expat community in Granada for English-speakers is large and honestly, I don’t spend much of my time with it.

My biggest goal in Spain is to improve my Spanish and immerse myself in the culture. I do have maybe 5-6 expat friends and that’s it. Only 4 of them live in Granada and the others live in other parts of Spain. It’s definitely nice to have a few friends who speak your language that are experiencing the same things you are.

In general, there are a lot of English-speaking expats in Granada who either work with my program or teach English at academies.

So if you want a larger group of expat friends, that’s totally possible. For me, I just didn’t want my entire friend group to be American. If I did that in my opinion, I might as well have just stayed home in the United States.”

Any Tips for Moving to / Living in Granada?

“If you are searching for an apartment in September, give yourself about a week to look. There are lots of ways to find a shared flat with roommates. There are several websites (see below) and the Facebook group Pisos en Granada where people post their open rooms.

Just allow yourself time to check out as many places as you want until you find something you’re comfortable with.

You might not get every single thing you want and that’s okay. For example, I have a twin-sized bed. However I have wonderful Spanish roommates, central heating (a hot commodity in Spain) and my apartment is close to everything I could need.”

Any Resources You Found Useful During the Process of Moving to And/Or Building a New Life in Granada?

“Yes I found Idealista and Fotocasa to be great when searching for a place to live.

Also if you’re looking to connect with people, use Granada.geokeda.es. I made a post that I was looking for a photographer for my blog and got several replies. It’s basically like a meetup website.”

Is There Something You Just Have to See or Do When You Are in Granada?

“Of course you have to go to the Alhambra. Just make sure you book your tickets in advance.

Walk around Calle Elvira (map) and the Albaicin neighborhoods (map). The Mirador of San Nicolas (map) is great for views of the city. And the cathedral (map) is also awesome.” 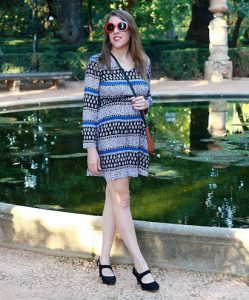 About Nina – expat in Granada

Nina is a travel and fashion blogger originally from the United States. She lives in Granada, Spain where she teaches English and writes her blog.

She has always loved dresses and her personal style normally consists of a dress. She loves to write about her outfits and the places she travels to.

Basically, she is the girl who travels the world in a dress. Check out her blog aworldofdresses.com. 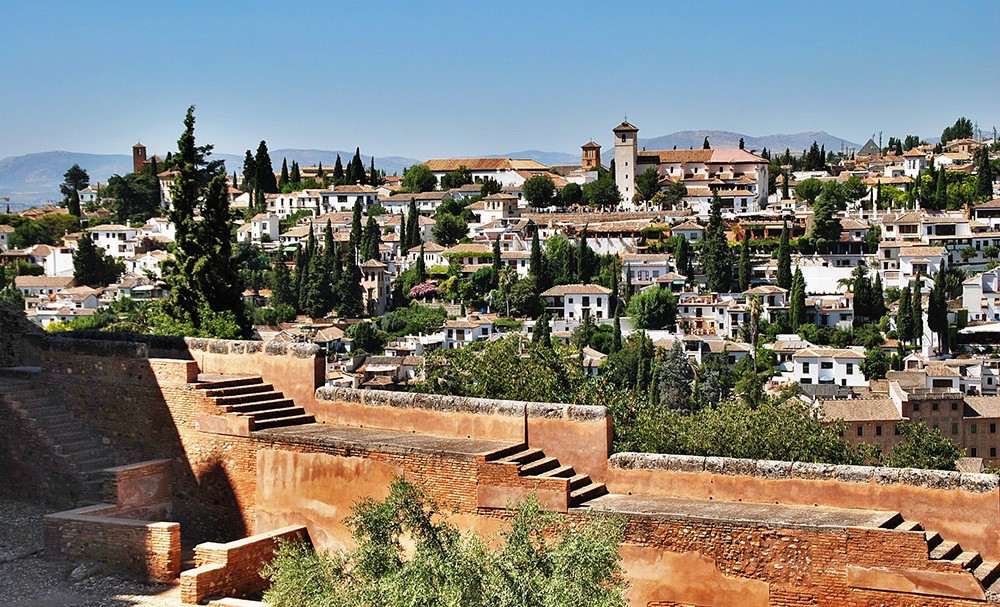 Granada is a city in the Andalucia region of southern Spain, in the foothills of the Sierra Nevada mountains. It is known for grand examples of medieval architecture dating back to the Moorish occupation, especially the Alhambra: a stunning hilltop palace and fortress complex.

Rich in history and culture, Granada is arguably the single most worthwhile city in Spain for visitors.

In addition to a rich multicultural history, a student-driven nightlife and skiing and trekking in the nearby Sierra Nevada, Granada offers a break from the summer heat of other Andalusian cities.

Granada is a place to put down your guidebook and let your intuition lead the way… Through the narrow streets of the Albaicin and the tumbling white-walled house gardens of the Realejo neighborhood.

Elegant yet edgy, grandiose but gritty, monumental but marked by pockets of stirring graffiti, 21st-century Granada is anything but straightforward.

Tip: Are you flying to Spain from anywhere in Europe? Then check Vueling

for cheap flights. It is a low budget airline so don’t expect much but I almost always get the best flights with them!

Like this article about expat life in Granada? Pin it! 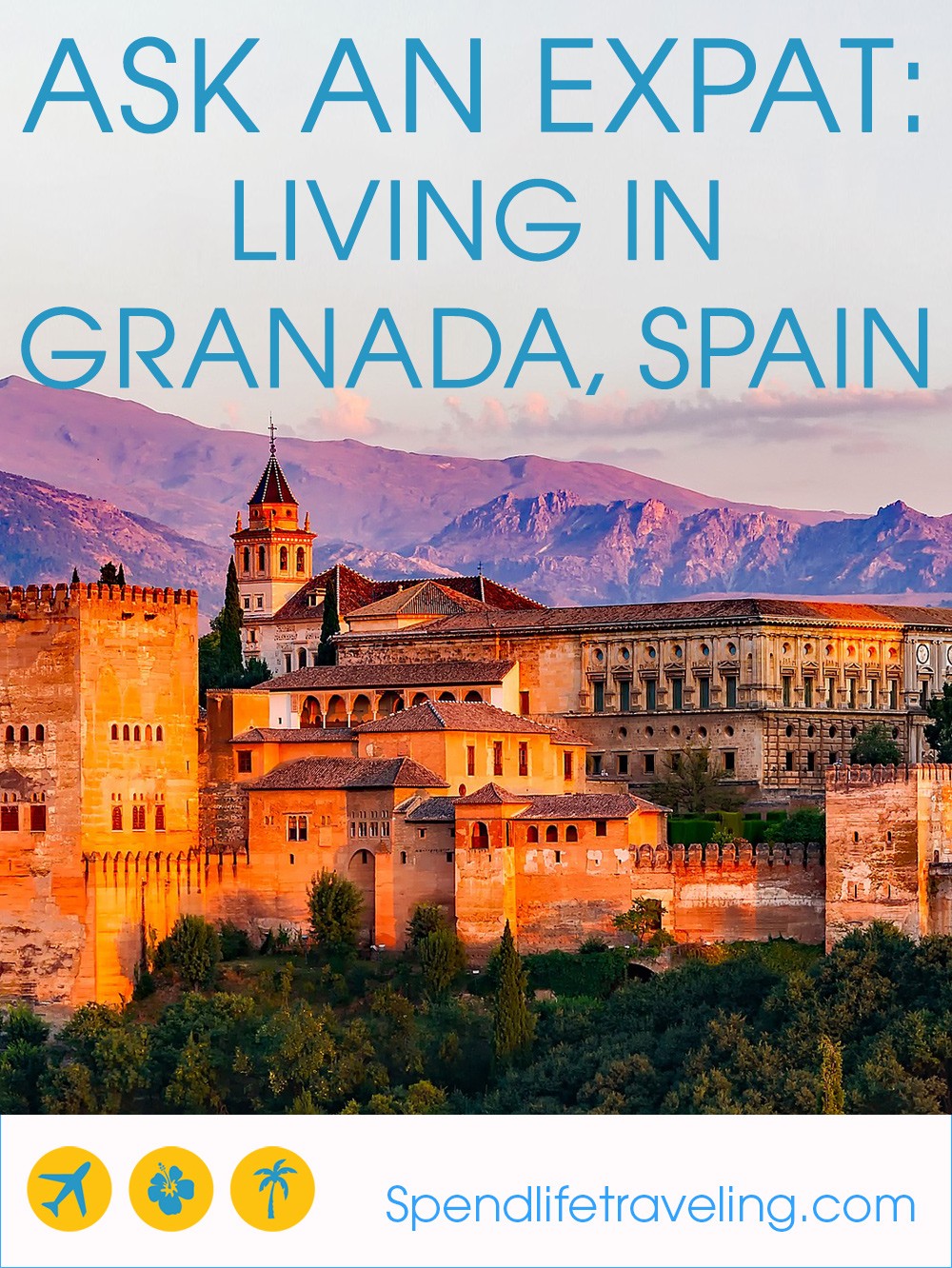 This post about living in Granada, contains an affiliate link. I may receive a commission for purchases made through this link, at no additional cost to you.

8 thoughts on “Ask an Expat: Living in Granada, Spain”