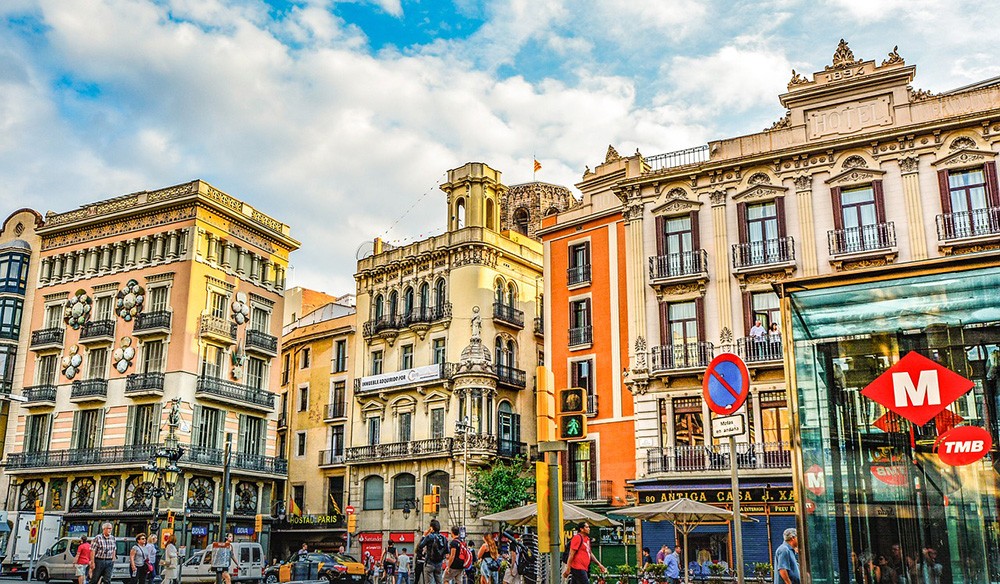 What is it like to move to and live in Barcelona?

With its great climate and high quality of life, Barcelona is a popular destination for expats.

Currently I myself am enjoying life in Valencia, and I am therefore even more interested in seeing what expat life in neighboring Barcelona is like.

I met Mayya recently when she was visiting Valencia, and I am very happy she is sharing her experiences about moving to and living in Barcelona with us.

Name: Mayya Papaya
Age: 30
Home town: Complicated question, but in terms of time spent in one place, it simplifies to Athens, Greece

“With a healthy mix of Palestinian-Lebanese-Greek blood running through my veins and having lived a little bit all over the world, I’m your classic TCK (Third Culture Kid – Google it!). That said, I actually prefer the term Medit-Arabian these days, get it?

I’m a public health nutritionist turned sustainable food entrepreneur with a dangerous habit of asking ‘Why?’ of pretty much everything. Fast-forward to countless ‘Why?’s later and I found myself moving to Barcelona based on a gut feeling.

Some years later, Barcelona also ended up being the birthplace of my passion project, Foodisms, given my investigative nature in the field of sustainability, food and consumer power.

Starting your own business is an uphill battle, but turning your passion project into a social enterprise with an international presence is just a completely vertical inclination. Knowing myself, though, I wouldn’t really want to do things any other way!”

Why Did You Move to Barcelona?

“I visited the city during my final year of university and upon landing, felt a warm fuzzy feeling in my stomach that I’d never really felt before.

This sensation, I later came to understand, was the closest I’d felt to being at home somewhere. Needless to say, I was hooked and spent the rest of my undergraduate days plotting my big move to Barcelona to see where this feeling would take me next.”

“She’s a seductress of a city with something for everyone!

I call her a she because she feels like a she. Sometimes you get a feel for a city’s personality and Barcelona is very feminine in lots of ways. But not that made-up, delicate type of female most stereotypes confuse us with. She’s bold and fragile, loud and pensive, impulsive and future-thinking – all at the same time.

I also really like the attitude of the elderly in this city. While they surely feel time taking its toll on their bodies, it in no way quietens their spirit! They are a feisty bunch with the closeness that a loving grandparent would show you – even if you’re a simple stranger asking for directions.

Aside from the young-spirited elderly, I really appreciate the public seating dotted around the city. Even in the weird positions where one chair is by itself and the other two are facing each other or even three or four huddled in a circle. It’s as though they have set up the space to let your mind wander both on your own or with company, setting the stage for great conversations to take place.”

What Do You Dislike About Living in Barcelona?

“The longer I live in Barcelona, the longer this list grows – hehe!

I’m way past the honeymoon period at this point but it basically comes down to the sound of suitcase wheels rolling non-stop on the sidewalks and the whiff of weed or cigarettes always lingering in the air.

Politically, it’s a shit show right now… but what part of the world isn’t wrapped up in its microcosmos of societal problems that are polarising public opinions like there is no tomorrow.”

What Is Your Favorite Thing to Do in Barcelona?

“Walks at random hours during the night in the warmer months to let Barcelona show you sides of her you’ve never really seen or paid proper attention to.

I’ve been living in Barcelona for nearly 8 years now, but this still doesn’t get old. It’s quite the productive way to beat sleepless summer nights!

Also, a good vermut with a side of boquerones (pickled fresh anchovies) are a match made in heaven, to be enjoyed in the sun on a terrace for full effect.”

Tip: If are looking for something unique to do in Barcelona, check out hot air ballooning!

What Is Your Favorite Place to Hang out in Barcelona?

“Ah, trick question! I never give away my gems unless I know you and take you there myself.

Here are some places/happenings I am happy to share with everyone:

What Is the Expat / International Community like in Barcelona?

“There are a lot of expats in Barcelona. And the community is pretty diverse which, in my books, is a very good thing!

I’ve had the pleasure of meeting people from all over the world and all walks of life. This impresses me for such a ‘small’ city (when compared to London or New York).

Barcelona really made a name for itself worldwide and while we may be paying the price for that in terms of mass tourism (yep, us adopted locals also feel the burn), the increasing cultural diversity is what most gives me hope for the world.

In my experience, most expats in Barcelona end up giving back so much to this city out of sheer love for the place.”

Any Tips for Moving to / Living in Barcelona? 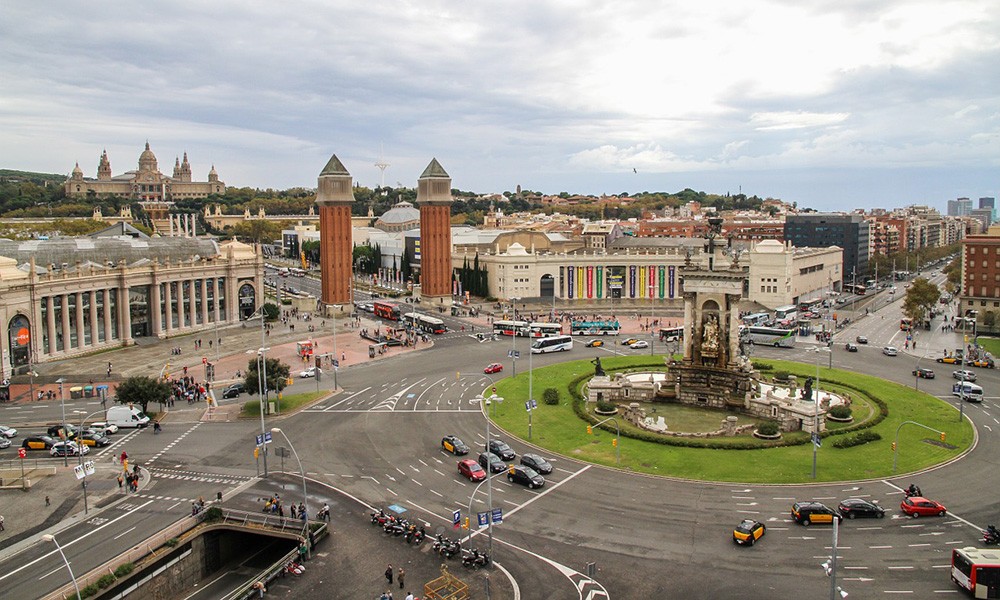 “Don’t move here in September! You’ll have such a hard time finding a place to rent and space to breathe with the city’s patron saint’s (La Mercè) celebrations happening all over town.

ALWAYS keep an eye on your belongings, no matter where you are in this city. The pickpockets are professionals here so your only antidote is really to never let your guard down.

Learn the basics in Catalan, it’ll go a long way! The Catalans are good people and when you befriend them, it’s for life.”

Any Resources You Found Useful During the Process of Moving to And/Or Building a New Life in Barcelona?

“Google Maps was the most useful thing I used when I first moved here.

Use Idealista.com, Spain’s biggest property website, to get an idea of where to live in Barcelona and what prices are like (both for renting and buying).

There is a very active Barcelona Expat group that gives newcomers some useful tips and advice.

Also, joining a co-working space is like the offline version of such a group and can be pretty practical as an initiation to the city for some.

I also used to go to Meet Ups and met some interesting people through there.

Language courses, both Spanish and Catalan (for extra brownie points with the locals!), are a great way to dive into the local culture and make some friends who will get where you’re coming from as a non-local.”

Is There Something You Just Have to See or Do When You Are in Barcelona?

“To really get a feel for things and enjoy Barcelona life, you need to let yourself get lost in the city.

Put on some comfortable walking shoes and spend the entire day walking around everywhere, heading in whichever direction catches your interest!

The rest will unfold before you on its own…”

Mayya is the founder of Foodisms.co. Foodisms.co organizes thought-provoking events that engage Barcelona’s community with the topic of food sustainability, helping consumers become more actively aware of their role in the ‘glocal’ food chain.

Mayya is a Public Health Nutritionist, food writer & everyday sustainable food advocate with professional culinary training. It is her love of food in itself that inspires everything she sets out to do as she works to awaken our collective food conscience. 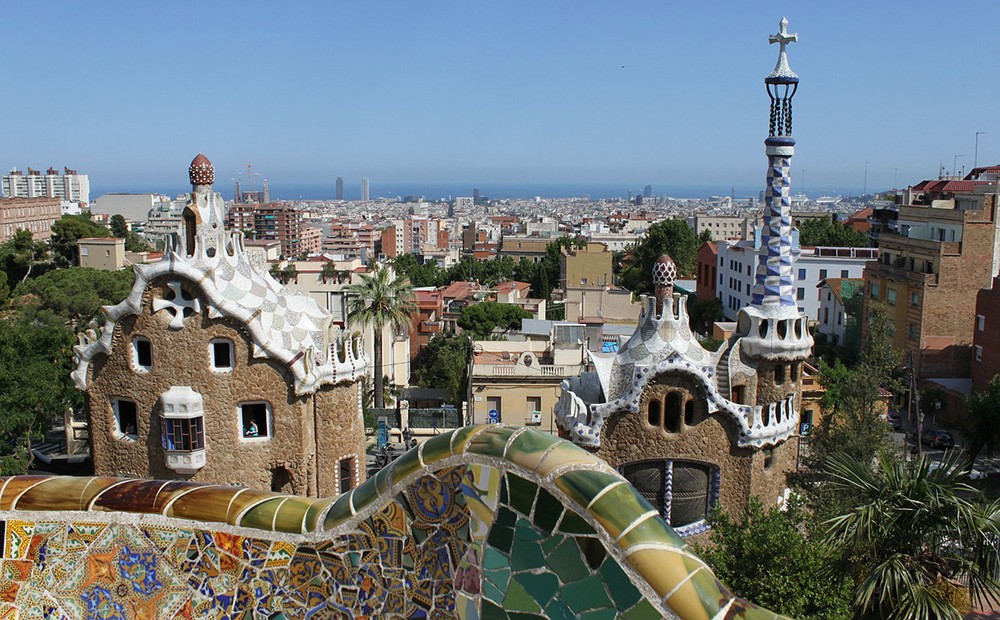 Barcelona is the capital and largest city of Catalonia, as well as the second-most populous municipality of Spain.

The city is located directly on the Mediterranean coast of Spain. It has a rich history, having been under Roman, then Frank law before declaring its independence.

In 1992, Barcelona gained international recognition by hosting the Olympic games. This brought in both a lot of tourists and a lot of change. Entire neighborhoods were renovated and a focus on modern design was added to the city.

For visitors, this has translated into the very modern, yet incredibly old city you see now, where the new elements work to both preserve and celebrate the ancient.

Barcelona is full of what European cities are known for – outdoor markets, restaurants, shops, museums, and churches. It is a fantastic city to explore on foot but it also has an extensive and reliable Metro system.

The center of town, focused around the Ciutat Vella (“Old City”) provides days of enjoyment for those looking to experience Barcelona life while Barcelona’s beaches provide sun and relaxation during the long periods of enjoyably warm weather.

Tip: a great way to explore all the highlights of Barcelona is by taking Barcelona’s hop-on hop-off bus

. And for a unique experience, check out this hot air balloon ride just outside of Barcelona.

Living in Barcelona vs Madrid

Many people who are thinking about moving to Spain first look at both Barcelona and Madrid.

Also check out these interviews about moving to different parts of Spain:

Like this article about moving to and living in Barcelona? Pin it! 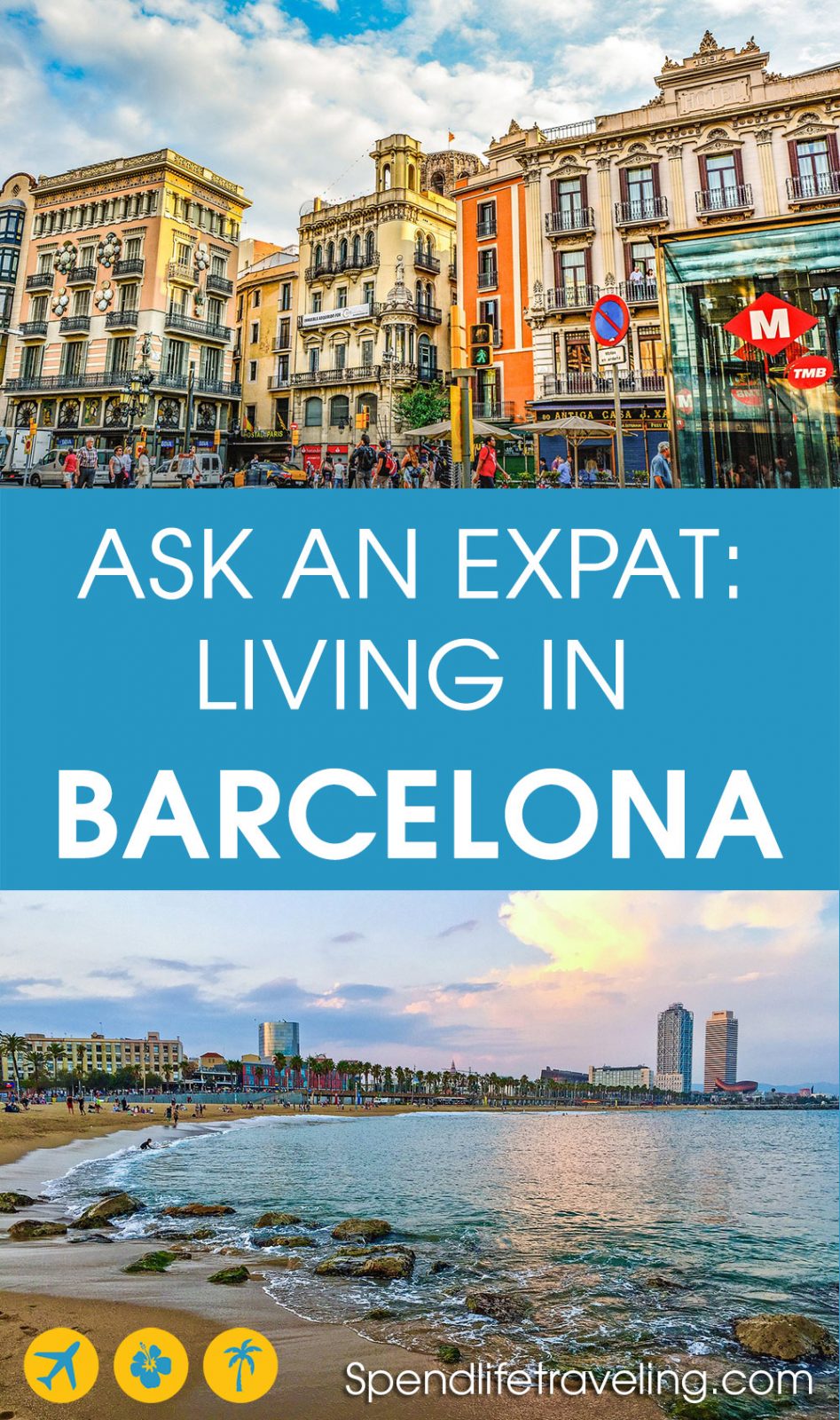 This blog about expat life in Barcelona contains an affiliate link. I may receive a commission for purchases made through this link, at no additional cost to you.

1 thought on “Ask an Expat: Living in Barcelona, Spain”